Dukes Of Hazzard General Lee Themed Toys To Be Discontinued 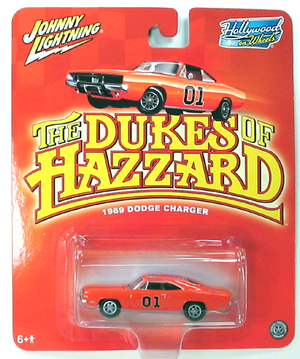 I am not sure if collectors will find this to be good news or bad, but in light of recent controversial events to remove the Confederate Flag from any official Government buildings (most notably in the South), Warner Bros. who is the license holder for the 70s/80's classic TV show Dukes of Hazzard said today they would no longer be authorizing the selling of merchandise from the show that features the Stars And Bars on it. The iconic vehicle from the show which is a bright orange 1969 Dodge Charger known as the General Lee prominently displays the controversial flag on it's roof. According to reports places like eBay, Wal-Mart, and Sears have all come out and said they will no longer allow the selling of any merchandise that features the flag which in many eyes has become a symbol of slavery and racism, though in the shows defense, the Dukes who were the main characters the show revolved around, despite being good ol' country boys were probably the farthest thing from being racists as you could get.

Speaking purely from the toy and collector perspective, this might be deemed as bad news for some who were fans of the show because you will no longer be able to find merchandise for it at a reasonable cost, however for those that already own such merchandise, the second hand market prices for these things are likely to sky-rocket, assuming you can still find someplace that will allow you to sell them.