Under special arrangement with Hong Kong toymaker Hot Toys, DC Direct is proud to offer this 1:6 scale figure of Two-Face, just as he appears in the smash hit The Dark Knight!

Dressed in the movie-accurate costume of suit, shirt, tie, pants and shoes, the figure also features an alternate head with Aaron Eckhart
as Two-Face/Harvey Dent, an interchangeable suit jacket, one set of interchangeable hands, a pistol and a display stand with a nameplate.

Packaged in a 4-color box. 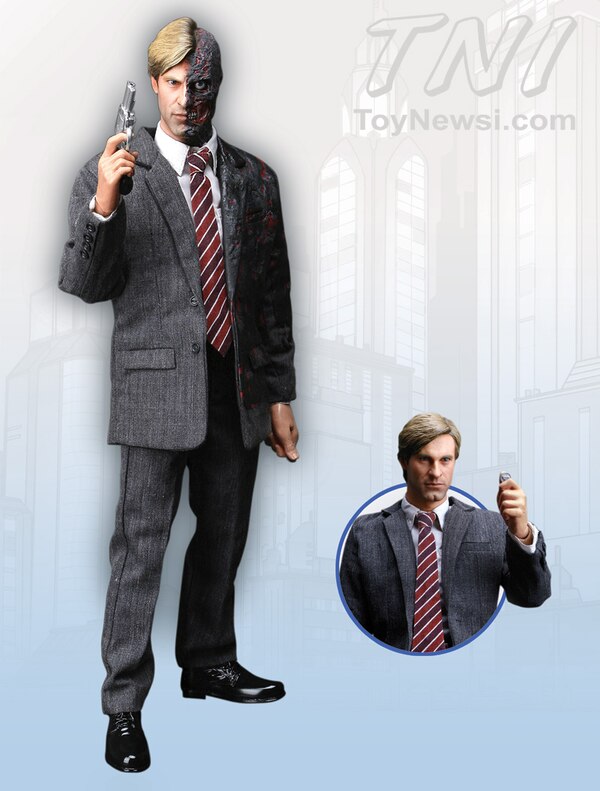