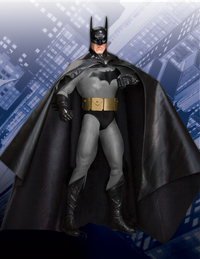 Based on the critically acclaimed and best-selling twelve-issue comics series by Alex Ross.

When dreams and nightmares become reality, the Justice League of America fights to save the world and the reputation of heroes when the villains turn the tables of public opinion.

Informing the Justice League of an apocalyptic dream, Batman sets events in motion that will ultimately spell the defeat of the villains.

As with the Superman (Kingdom Come) 1:6 Scale Deluxe Collector figure, the Batman body has been extensively modified to reflect the unique style of a particular artist – Alex Ross’s vision of Justice Batman.

The 13” high figure features 28 points of articulation, is packaged in a deluxe 4-color window box with a fifth panel and includes a display stand. 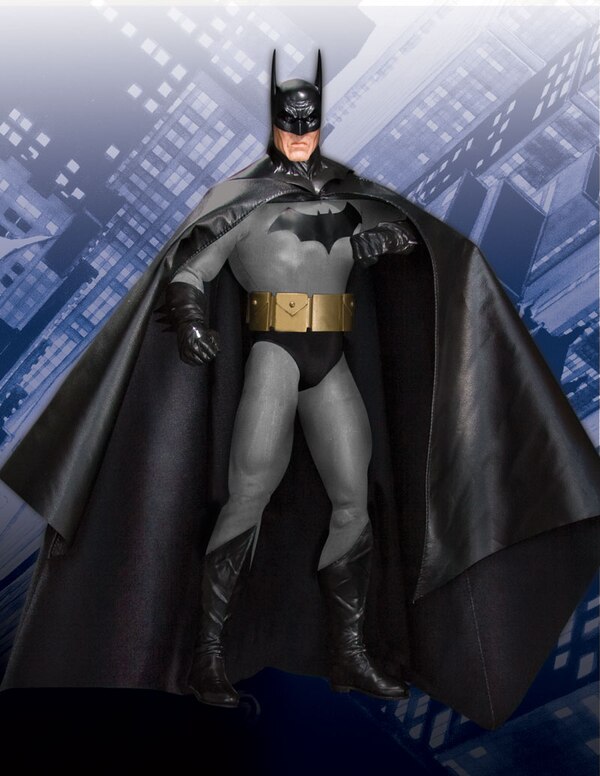