DC Comics
by Jay Cochran
November 14, 2011
Of all the villains being reintroduced within DC – THE NEW 52, none have been anticipated more than this one. He has not appeared inside a DC comic since early 2009 — DARKSEID!

Superstar artist and DC Co-Publisher Jim Lee brings his razor sharp design skills to the greatest villain in the DC pantheon. Originally conceived and designed by Jack Kirby, the King of Comics himself, Darkseid’s redesign has the Kirby motif all over him. Jim has taken what made Darkseid a fearsome foe from his original incarnation and provided the big bad with a 21st century design flair for even more malevolence.

Now that you’re all jumping out of your chairs over this, fret not, you’ll be able to see this design in action soon enough! In JUSTICE LEAGUE #4 in fact, on sale December 21. And, get this, this shot of Darkseid isn’t even the BEST SHOT of him in that issue! 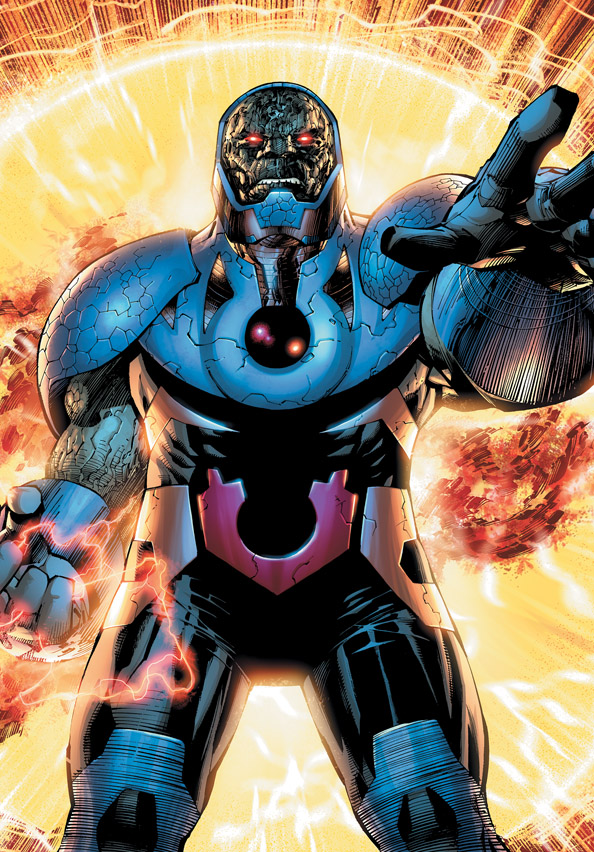 What do you think of the new Darkseid? 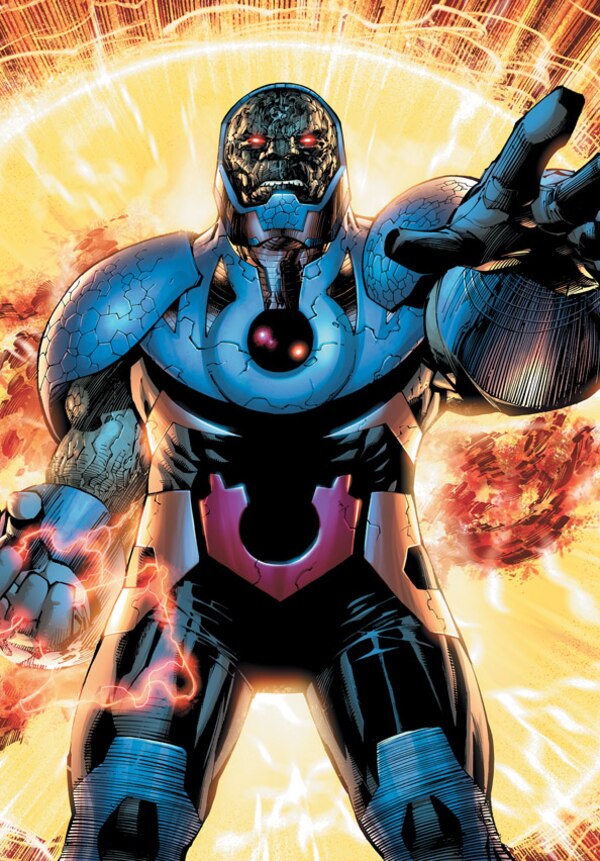