DC Comics
by Jay Cochran
December 06, 2011
UPDATE: We are now getting reports from those who pre-ordered these last week that BBTS is mailing customers telling them that his assortment has been canceled. Thanks to everyone who wrote in about these.

BigBadToyStore.com is taking pre-orders for a new assortment of "Reign of Superman" figures from Mattel. The assortment is slated to include the following:

These figures are slated to be released in February 2012. Each of these characters have been previously released by Mattel in plastic form in either their old DC Super Heroes line or the more recent DC Universe Classics line. Since no images of these have been released it is unclear if these will be new sculpted figures or simply re-issues of the existing ones.

Check out images below of the previously released versions of these figures.
Image 1 of 5 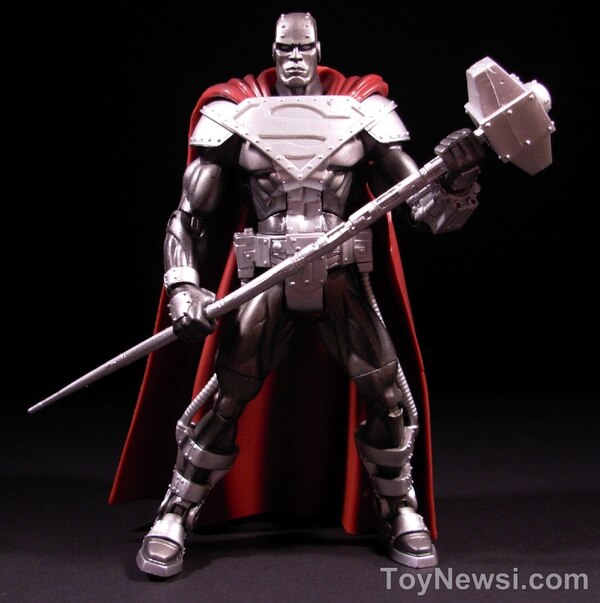 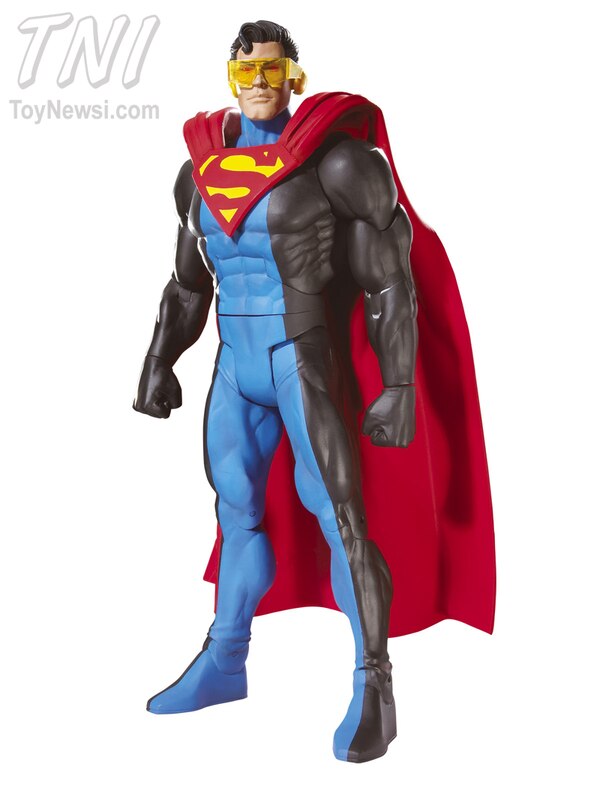 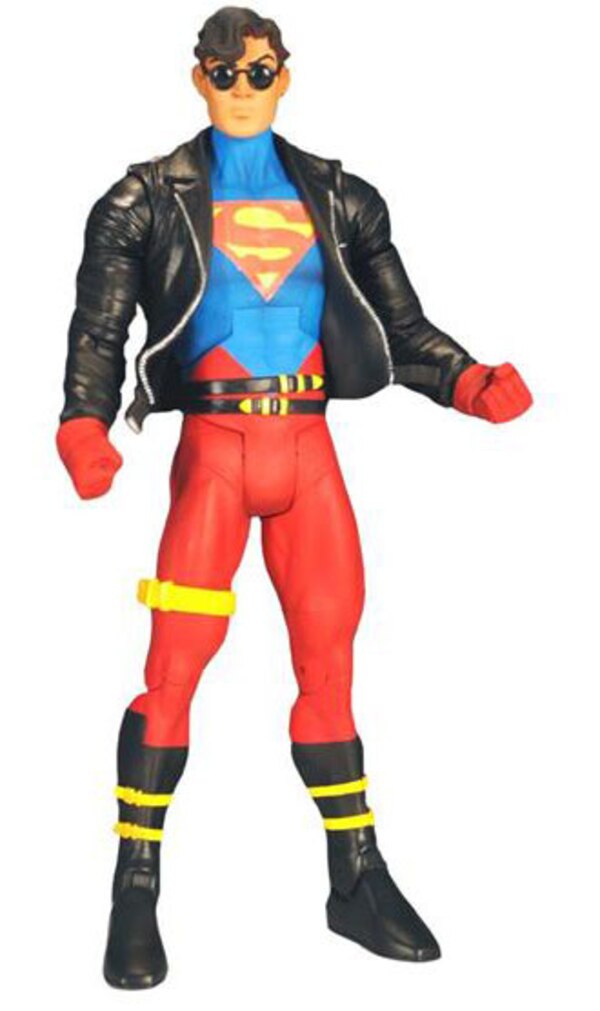 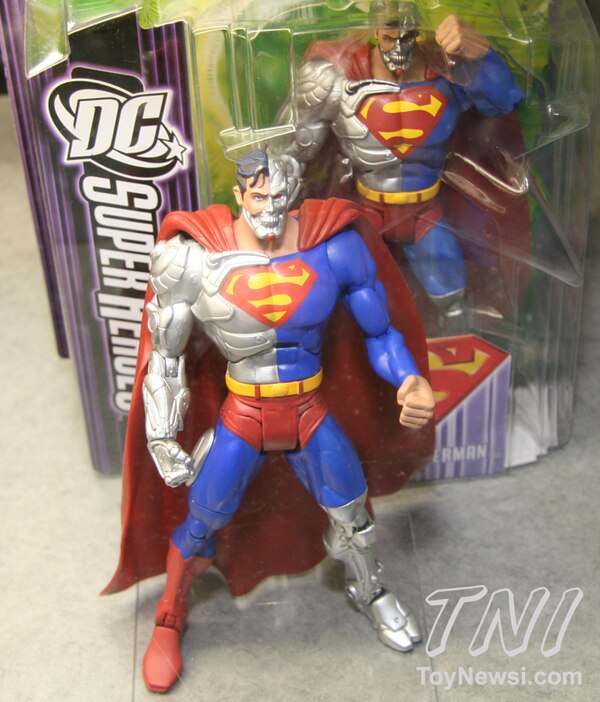 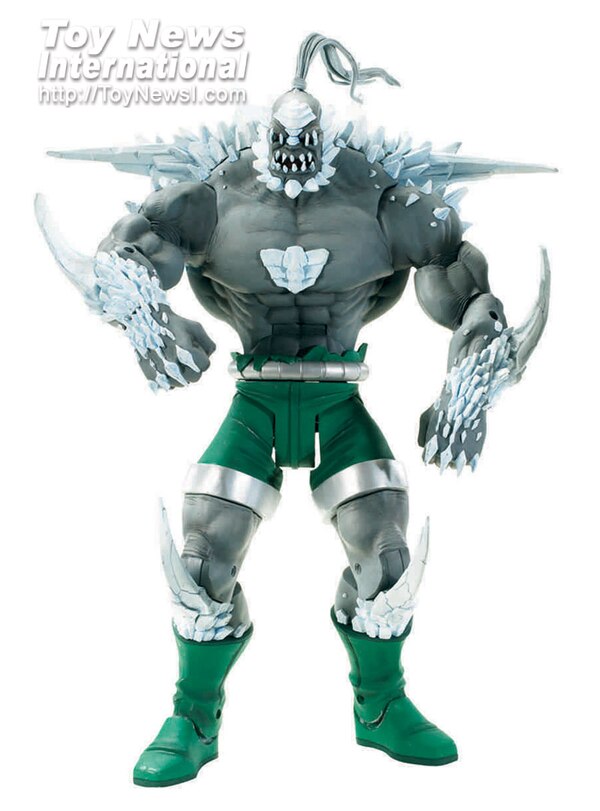 Hmm. I won't say I thought it was completely a bad idea to reissue the Reign Of Superman figures in specific packaging, but it was a bit of a headscratcher that they'd actually do it.

I think they'd do well as a Walmart box set of five like they were doing. The replacement Supermen and Supes in the regeneration suit, with slight changes to all of them.

A lot of good opportunites exist for possible box sets. A Marvel Family box set with Cap, Jr, Mary, Black Adam and a wizard Shazam figure would be very awesome to me. And a 90s JLA with Wally, Kyle, hook hand Aquaman, Aztek and Zuriel I think would do well, too. Maybe they'll try stuff like that on mattycollector sometime.

got an email from bbts the wave is cancelled

More likely, they listened to the tepid reaction to a bunch of reissued figures. This set sounded like a hastily thrown together idea in he first place.

Just to let you guys know, I just got an email from BBTS (below) stating they cancelled my pre orders for eradicator and cyborg supes, because mattel cancelled the product. Strange how matty works !?

Hi - Mattel has just informed us that this item has been cancelled, and as a result they will not be able to fill our orders. We apologize for the inconvenience. We have cancelled all preorders and removed the item from our site.

It's a little intriguing that they would do this since it's been said so often that they wanted to promote the present and future at retail instead of the past, but I can see the appeal and it might be purchased enthusiastically by some. I expect there will be a lot of reissuing of figures... there are many that would do well as single releases. I'm sure the box set Guy Gardner, either version of Ultraman, Animal Man, Gotham City Lex and sdcc Plastic Man without some or most of the accessories would be big sellers. Everyone does that, from Star Wars to GI Joe. At least in this case they are thoughtful enough to offer some tough to find figures with storyline specific packaging so that they might appeal to both loose and MOC collectors. As with the announced All Star Batman Beyond, I'd like to see them correct mistakes this time around such as including the jet pack wings and adding a matte finish and a more accurate body for Batman Beyond and maybe translucent lens for both Eradicator and Superboy and the newer no wide stance legs for Cyborg Superman, but I don't expect they'll do any of those things. It might be good if they did the S shield on Steel different from the other two versions, to make all three collectible. Maybe just paint it silver this time to match the rest of the figure. I can't see them reissuing both the vac formed and plain grey plastic versions.

Even though they are rereleasing the old DCSH Doomsday, I bet a larger one will be one of the oversized figures in the sub.

Just out of curiosity, since Mattel seems to now be re-releasing DCSH/DCUC figures. Would anyone mind or be pissed, if Mattel re-released the DCUC C&C figures, but as full figures (fully built Solomon Grundy, or Bane, etc.)? I ask because I know that many C&C figures now go for ransom on eBay.

I cannot believe that mattel is rereleasing that out of scale old doomsday sculpt! Its looks horrible next to Superman. WTF is up with them not making a large proper Doomsday?

There are 20 waves of DC classics with baf large characters and they wasted so many easy opportunities to redo Doomday. I wish they would hurry the heck up and while theyre at go ahead and

add Mr. Mxylpyk as a pack in like they did with Batmite in the bat legacy exclusive.