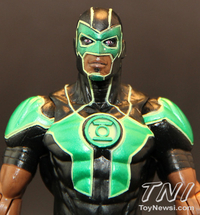 DC Collectibles has released the latest figure for their 6” line of “New 52”; it’s the Simon Baz Green Lantern. Baz is the second Green Lantern figure to be made for this line following Hal Jordan and joins Justice League Of America team member Green Arrow which was released a few months ago. Check out our review for this new figure and see if it’s one worth adding to your collection. 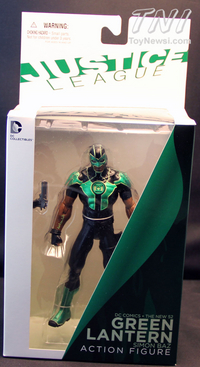 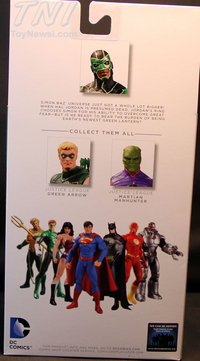 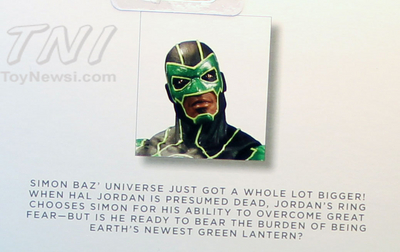 Packaging - Packaging - This figure incorporates the same basic packaging as all DC Collectibles. The figure comes in a white window box with green highlights on the right side to match the character with the name of the figure on the bottom right corner. The right side of the box shows a picture of the figure and the name of the sculptor, Derek Miller. The left side has some shadow art of the character.

A thumb image of the figure with a brief bio for the character plus two other thumb images are on the back. One image shows the New 52 Green Arrow which is already out, and the other shows the upcoming Martian Manhunter figure, another member of the JLA. Under that is a group shot of the original seven New 52 Justice League figures released. Nothing particularly stands out with this packaging, but you are able to see the actual figure before purchase which is always nice. 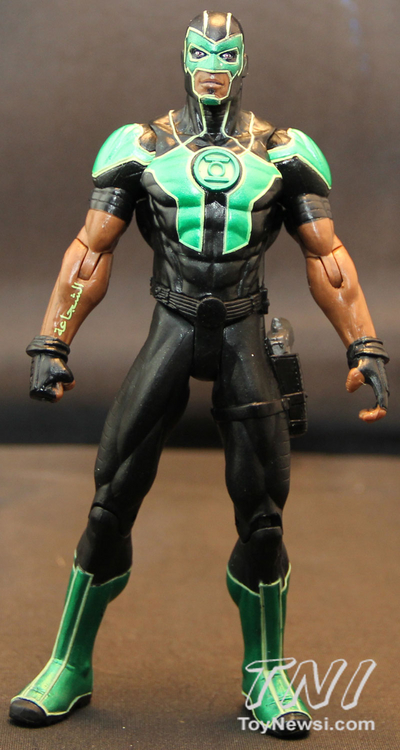 Sculpt - As with most DC Collectibles, the sculpting on this figure is pretty solid. There is a lot of detail from the leather imprints on the gloves to the lines outlining the green parts of the costume. He has a useable gun holster sculpted on the left leg and some nice texturing on the figure’s back giving it a look as if the costume is made from some type of hard leather similar to what is seen in the Batman movies. I can’t say I am a personal fan of this look for a Green Lantern, but the figure captures the likeness of the character’s appearance in the comics well. 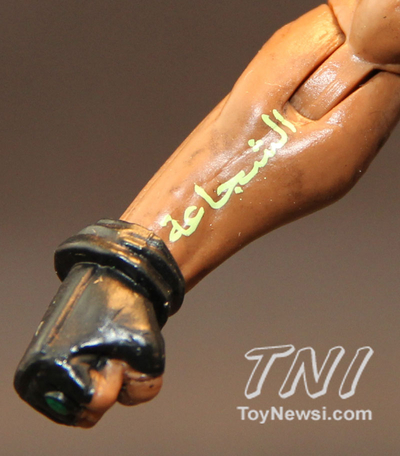 Paint - The figure’s costume consists of a flat black paint with a metallic green used for the Green Lantern armor parts of the costume. The green armor parts are outlined with a lighter shade of green. It’s in the paint department where the figure suffers a bit. Some of the lines on my figure have paint missing causing the flow of the lines to look a little off in places. This is most noticeable on the figure’s mask around the chin area. The figure also has some green almost florescent-type paint used on some writing on the left forearm. It’s not that the paint is horrible on this figure, but out of all the New 52 figures DC Collectibles released so far this one has the least impressive work on it.

Articulation - Baz has the same basic articulation to the previous New 52 figures. He has a ball jointed neck, ball jointed shoulders, bicep swivels, single elbows, cut hips, and single knees. Like with the other figures, he doesn't have a lot of poseability. His head can look down but not up. You are limited as to the types of poses you can put him in due to the hip joints and lack of any ankle articulation. 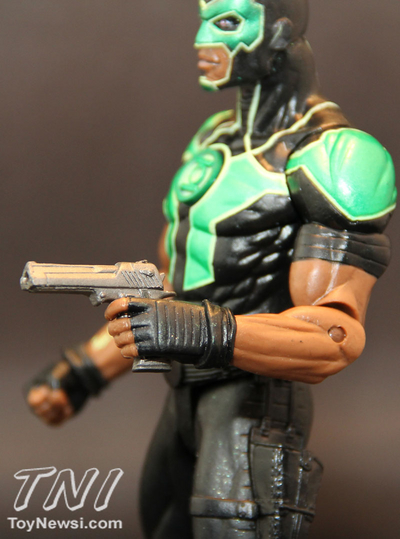 Accessories - Baz comes with a pistol that fits in the holster on his left leg. He can also hold the gun in his left hand but not the right. I’ve only seen this character briefly in the New 52 Justice League Of America comic so I don’t know much about his back story, but I do find it odd a Green Lantern needs a gun. I am sure there is some kind of explanation for it but it’s just odd. The gun has some nice detailing on it with a black handle. The rest of the gun is painted with a dark grey color. 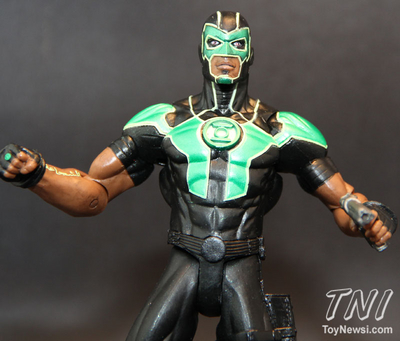 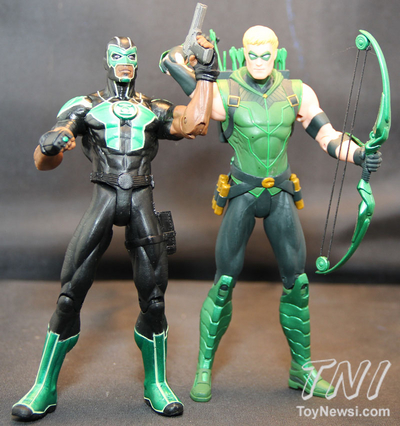 Overall - Like with most the DC Collectibles New 52 figures, the lack of articulation hampers the fun of figure. There really aren’t a great many poses you can put this guy in. Still he looks good standing on the shelf with the other New 52 figures and if you are a fan of this new Green Lantern character or just want to complete your New 52 JLA team, then you will probably want to pick this one up. 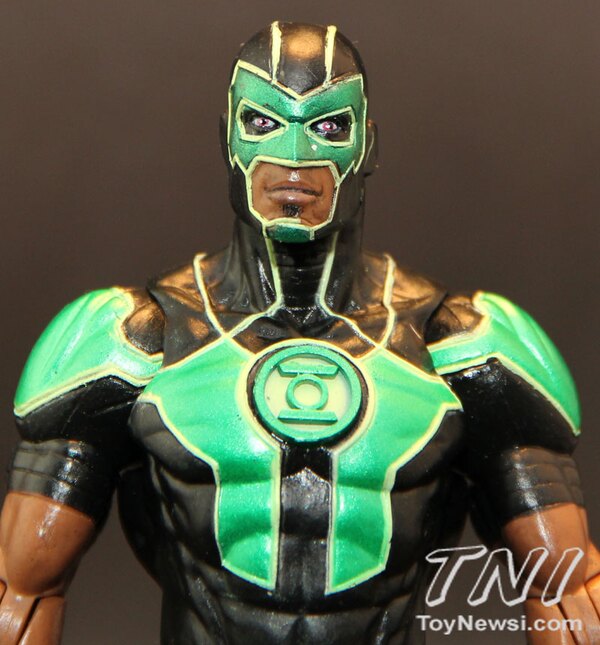 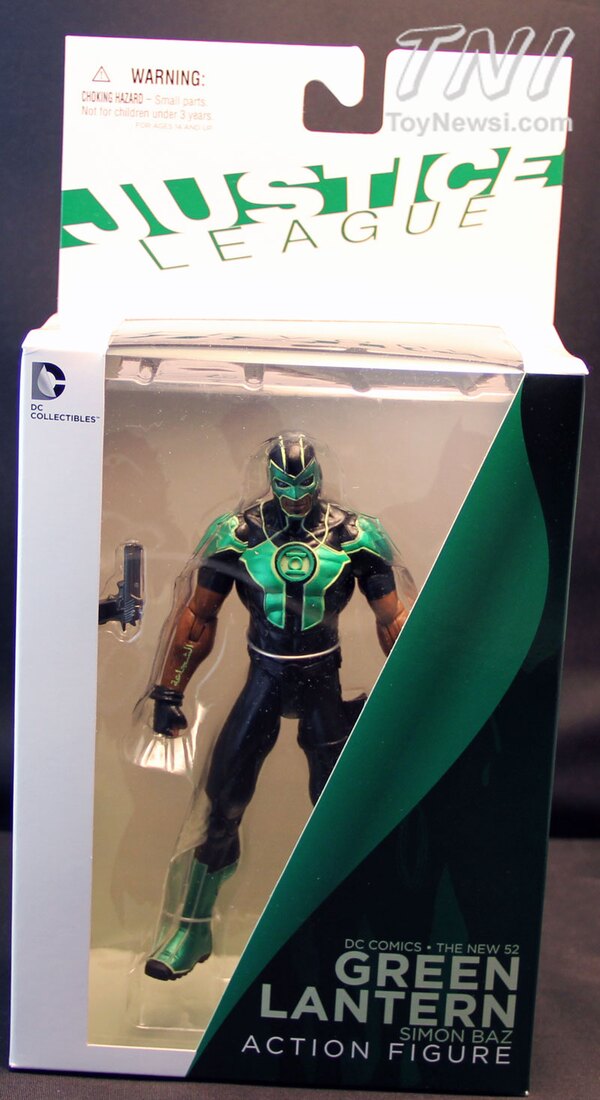 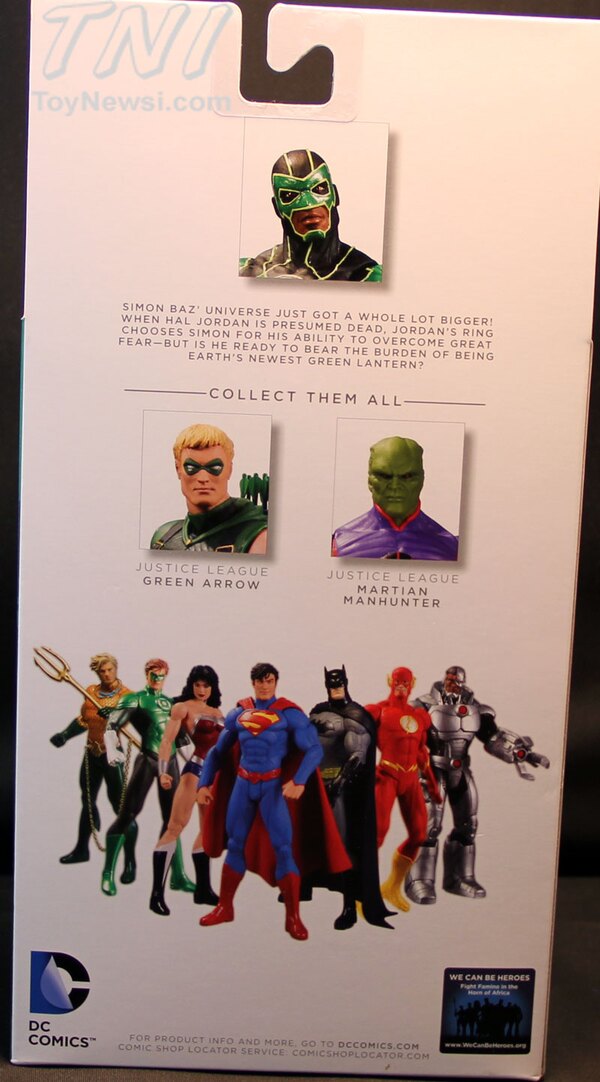 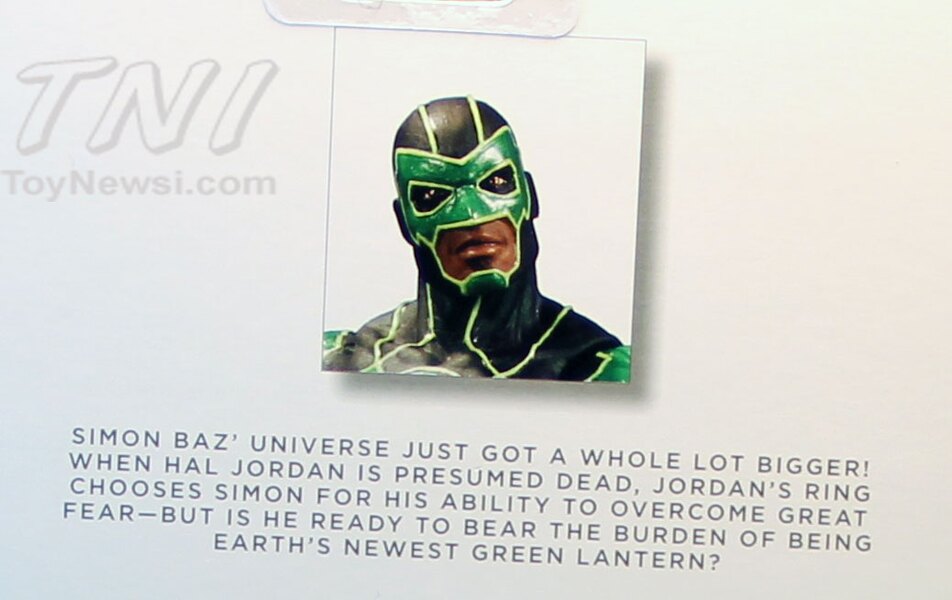 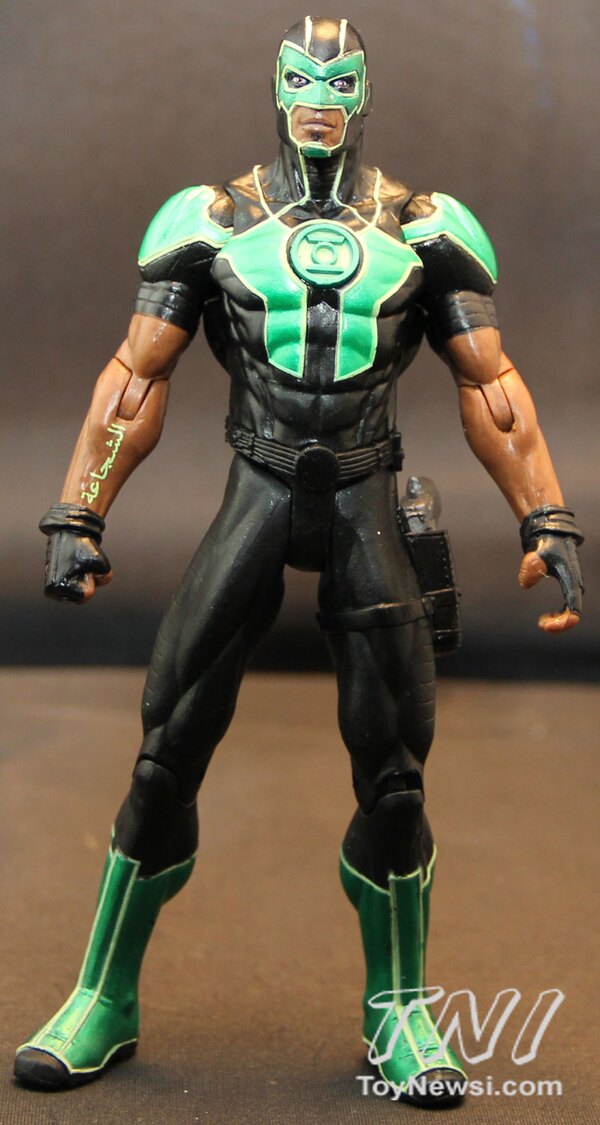 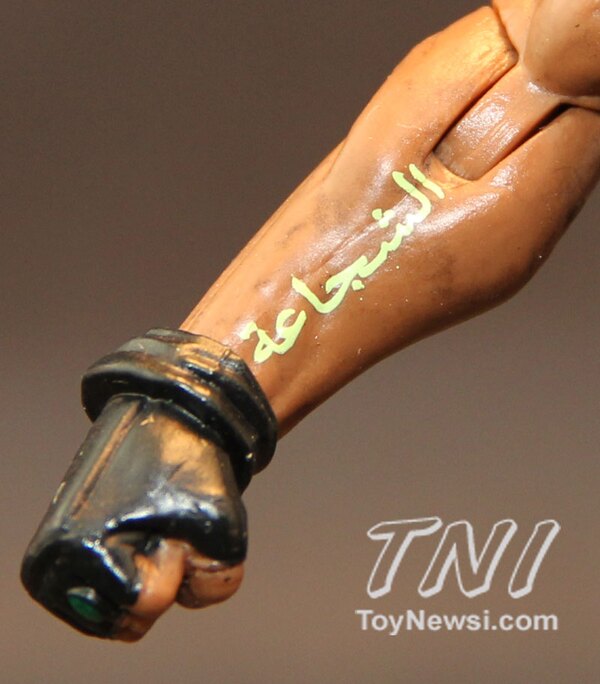 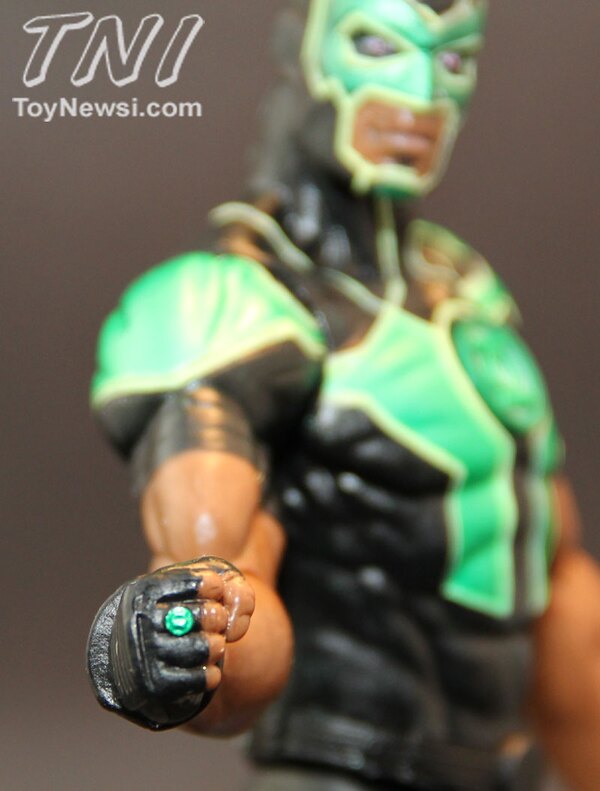 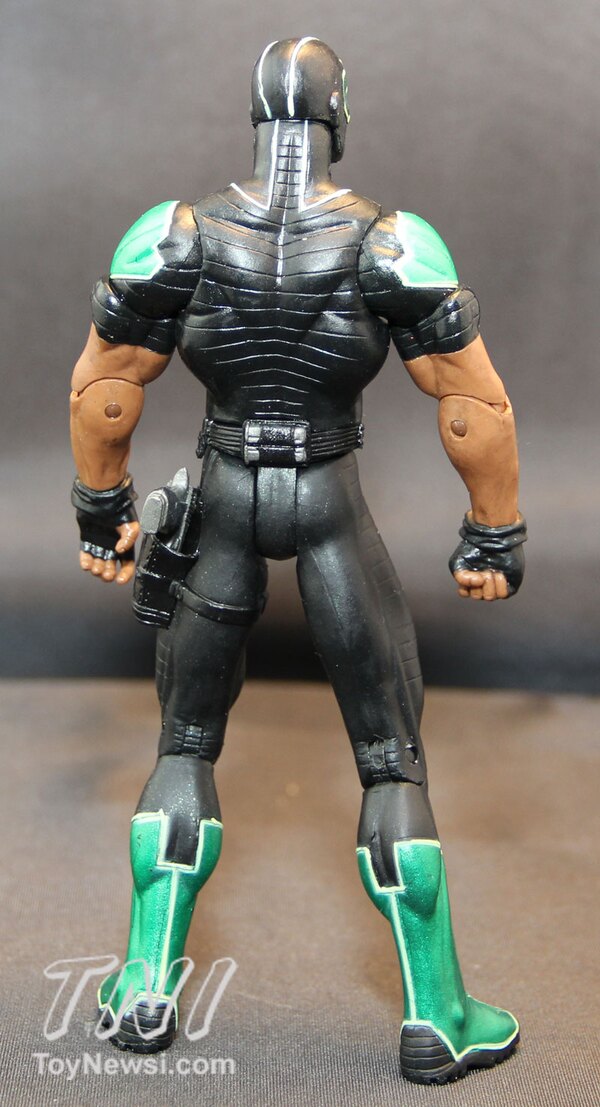 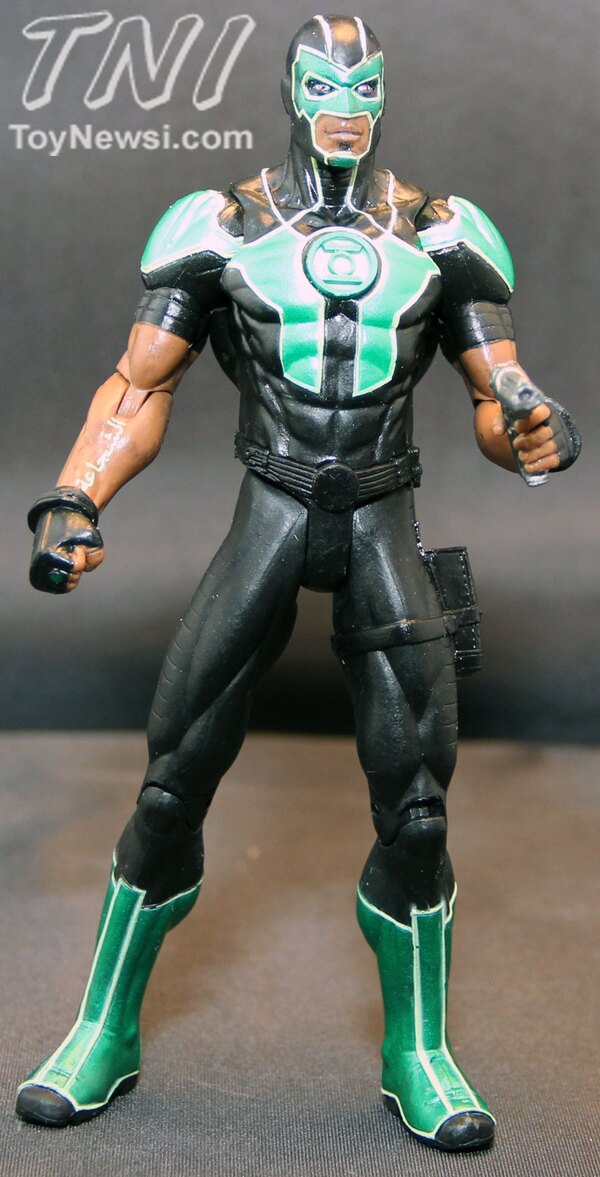 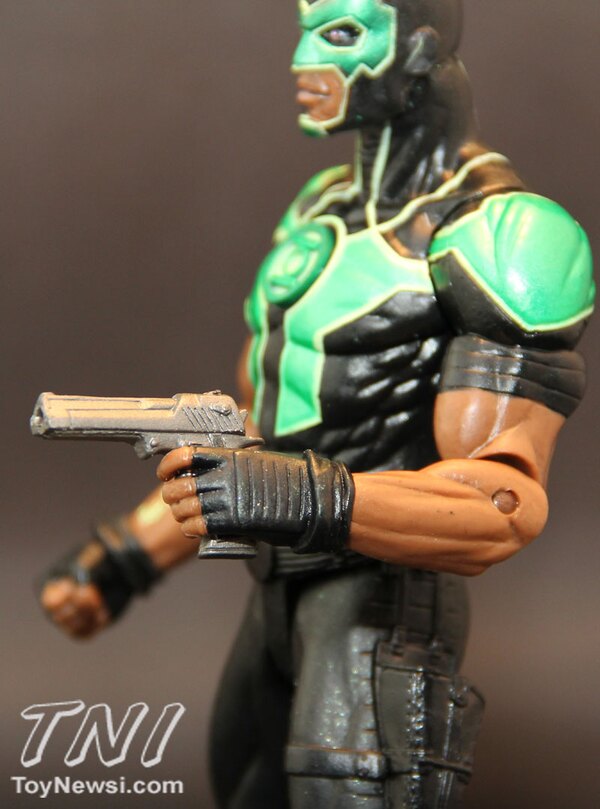 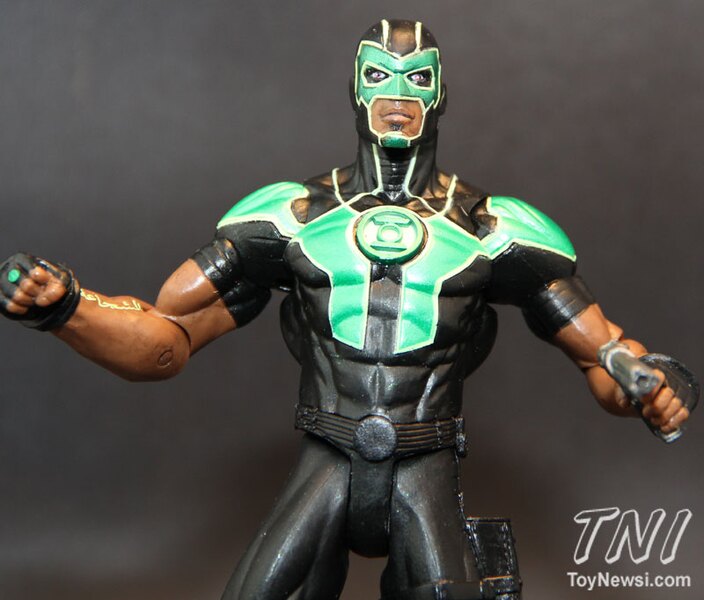 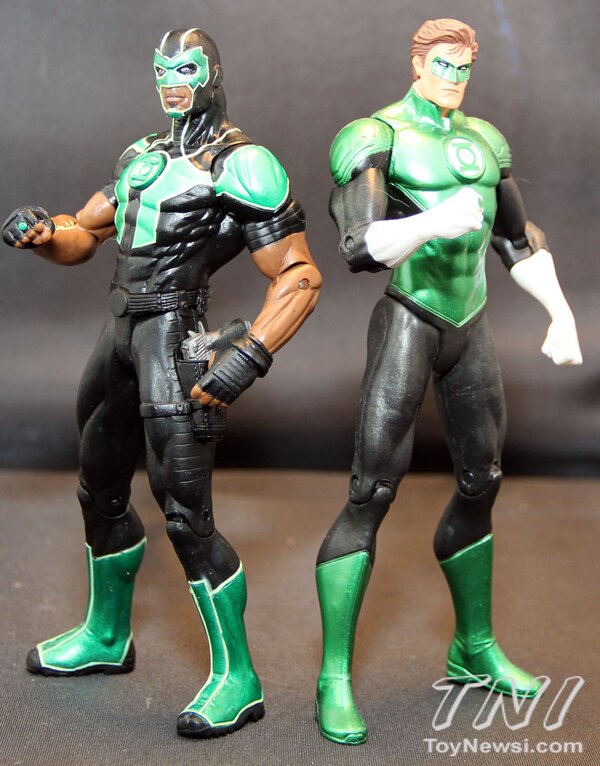 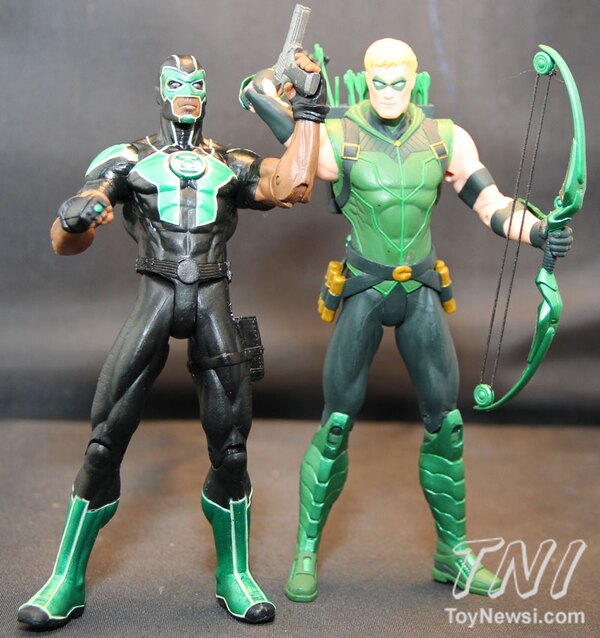 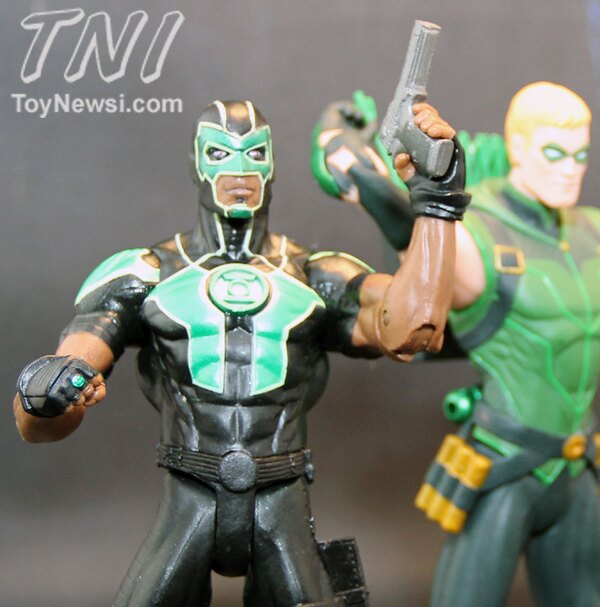 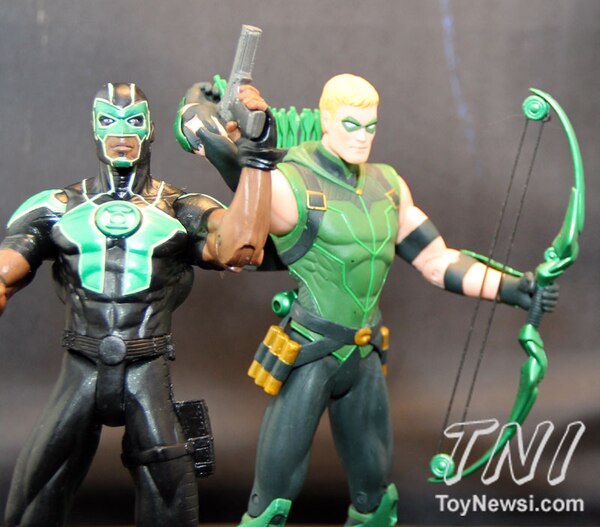