DC Comics
by Jay Cochran
January 21, 2018
The 6" Mattel DC Comics Multiverse Signature Collection Figure Assortment has shown up on Walmart.com. While the listing does not include any images, it does confirm that the price here in the United States will be $24.99 each. The figures are not currently available for purchase.

The listing also suggests that the Lynda Carter Wonder Woman will be included in the initial assortment despite not being pictured on the cardbacks of the John Wesley Shipp TV Series Flash and Val Kilmer Batman Forever figures seen in Canadian Walmarts.

Another thing to note is that the figures are being listed as 6.25" tall. It's unclear if these will actually be taller than normal DC Multiverse figures which are listed as 6" on Walmarts website. See the official description below.

All-time favorite DC Super Heroes are now available as deluxe action figures! The Dark Knight from Batman Forever, and Wonder Woman and The Flash from their classic hit TV series come in 6.5" scale, with 26 points of articulation, interchangeable extra hands to create exciting battle poses, portrait head sculpts, and signature costume details. Batman and Wonder Woman also come with cloth capes. Each of these collectors' quality action figures has a display base with a removable flight stand for posing and a signature diorama background card. Each figure sold separately, subject to availability.

- Age Range: 3Y+
- 6.5" scale collectors' quality with with 26 points of articulation
- Each includes extra hands to create exciting battle poses
- Pose them on their included bases with flight stands and diorama backgrounds
- Choose Batman from Batman Forever and Wonder Woman or The Flash from their hit TV series. Each figure sold separately, subject to availability.

See out of the package images of the John Wesley Shipp TV Series Flash figure via Future_Flash1. These figures seem to incorporate double jointed elbows and knees as well as hinges on the hands. The figures also include multiple hands and a display base. 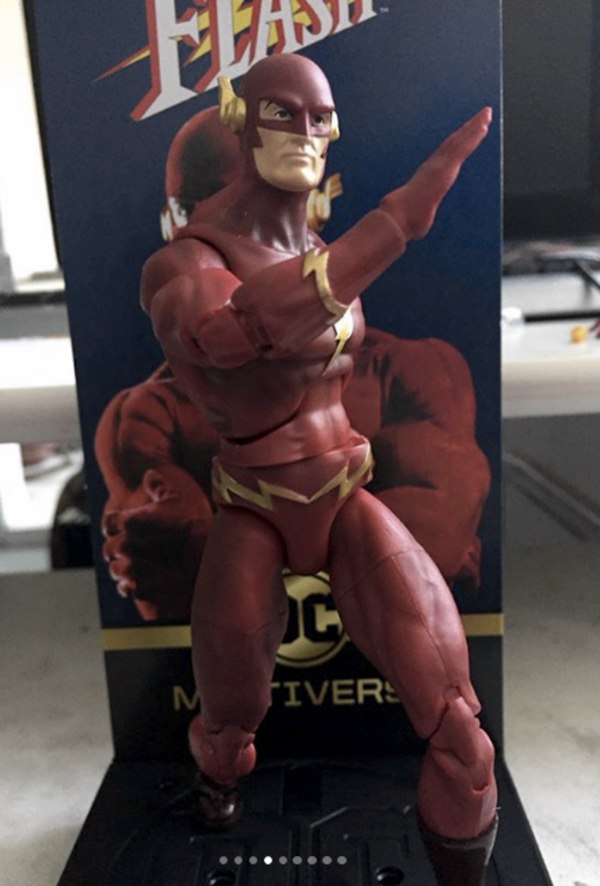 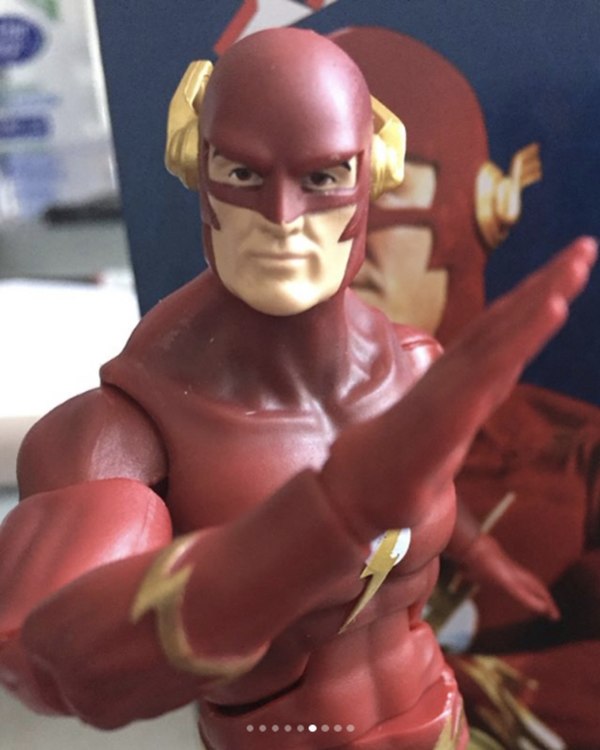 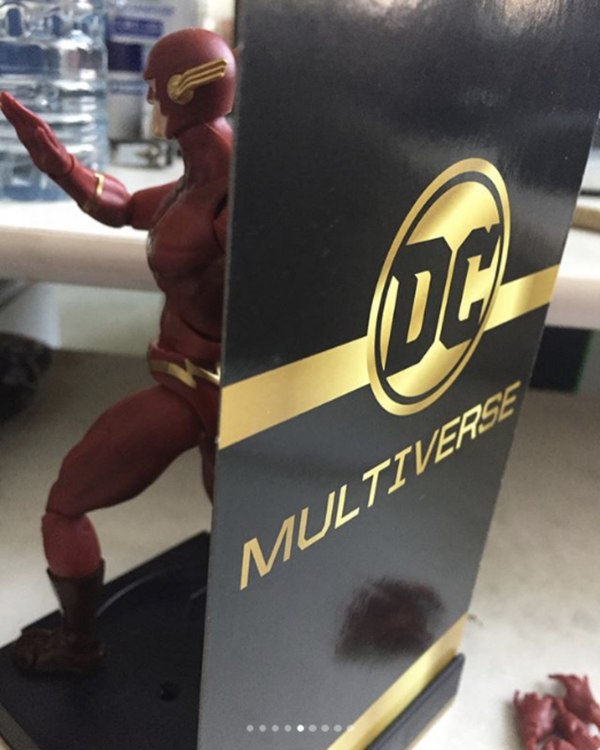 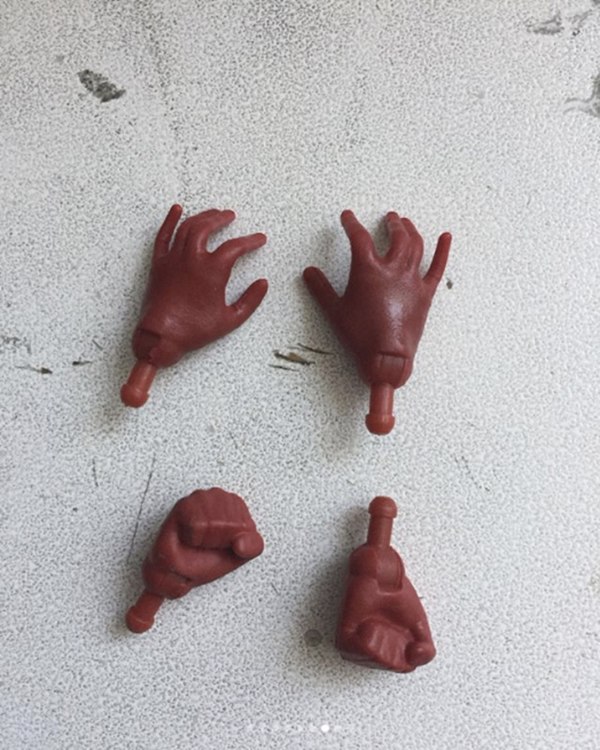 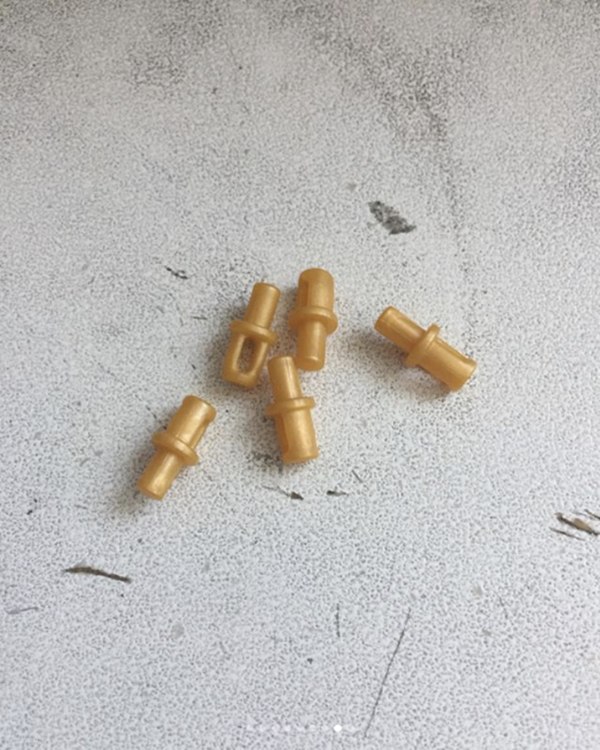 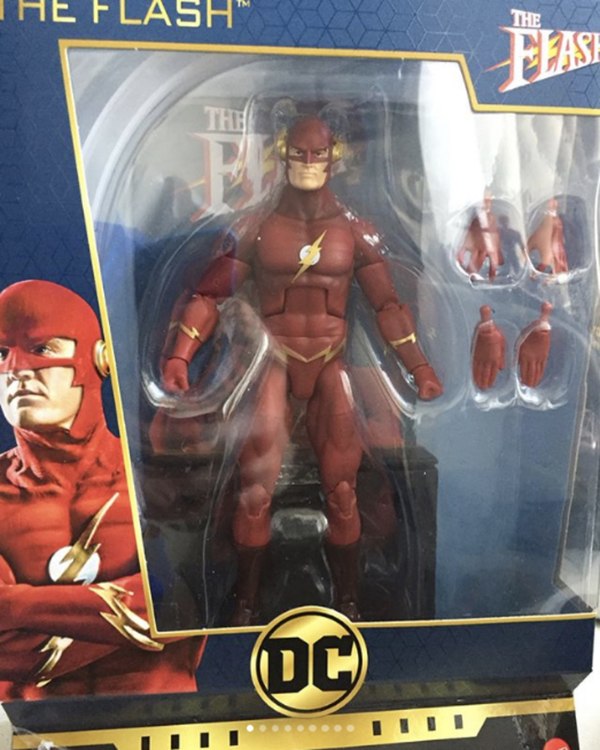 See an image via Jemboyken showing the back of the packaging for Flash and Batman which does not include Wonder Woman.