DC Comics
by Jay Cochran
January 21, 2020
UPDATE: Thanks to a heads up from Jason there are also listings for a 7" Wonder Woman (Gold Edition) figure as well as a regular 7" Wonder Woman. Like with Joker, there are no images and these two appear to only show up on the Walmart app. The release date for the two Wonder Woman figures is 5/25/20, but we have no idea how accurate those are. The Gold Wonder Woman could be a reference to a figure based on the upcoming new Wonder Woman movie.

It's quit possible both Wonder Woman figures will be movie based. Likely more details will come to light during Toy Fair next month if not sooner.

Thanks to a listing showing up on Walmart's website, it looks like we have word of another new 7" DC Multiverse figure in the works from McFarlane Toys. While there are no images, the listing tells us it will be a figure based on The Joker from the Arkham Asylum video game series, presumably the first game. The figure is up for pre-order on the website and is listed with a May 14 release date. Stay-tuned for more details on this as they become available.
Image 1 of 2 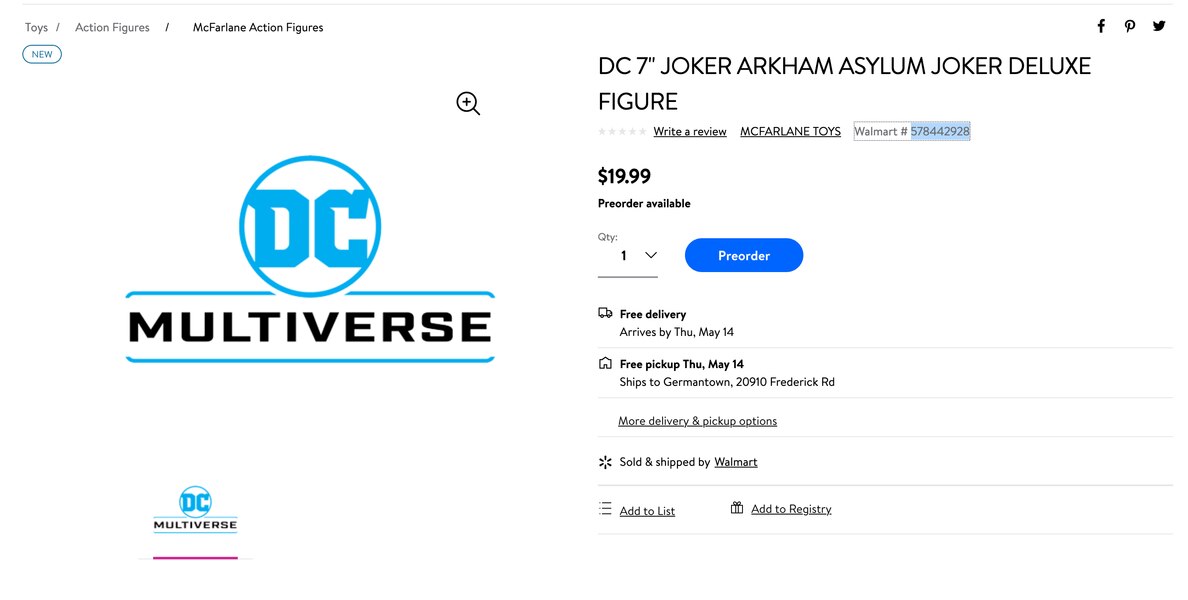