DC Comics
by Jay Cochran
February 07, 2020
The newest DC Comics based movie has hit theaters with Birds of Prey, which features actress ‎Margot Robbie reprising her Suicide Squad role of Harley Quinn. While I have yet to see the film, initial reviews and reactions overall seem to be pretty positive.

Even before the movies release, I have gotten a lot of questions from folks asking about action figures??? While the rated R movie does not seem to be getting a full fledged dedicated action figure line, a number of companies are releasing product for the film based primarily on the lead character of Harley. Here is a rundown of all the figures we know of that are coming. 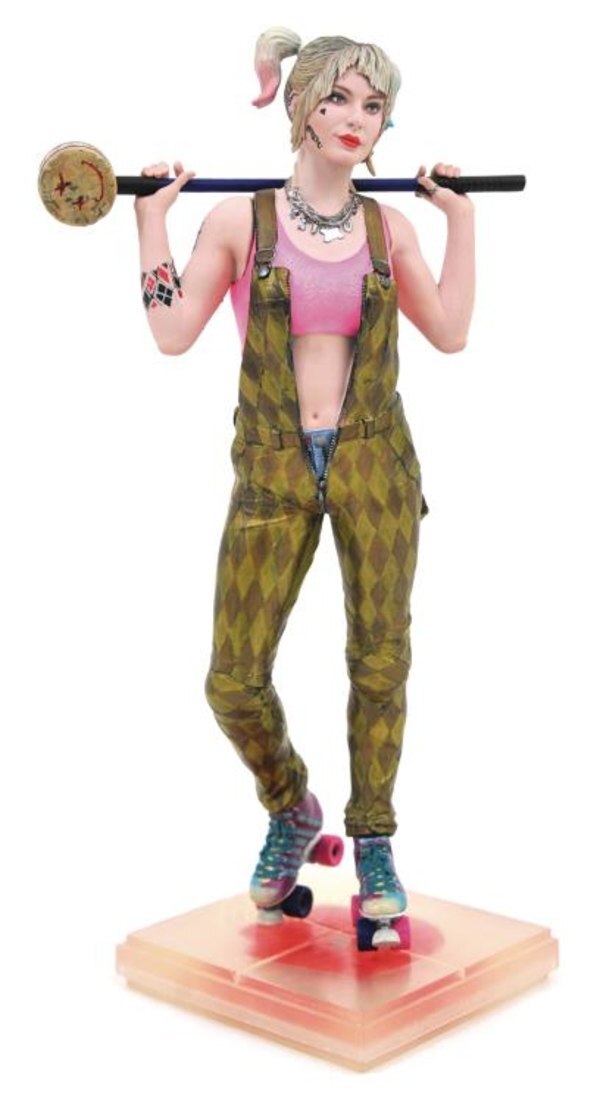 A Diamond Select Toys release! Harley's back, and this time she's got her mallet! The star of Suicide Squad returns for Birds of Prey, and this all-new DC Gallery PVC Diorama captures her in one of her all-new looks! Wearing roller-skates and holding her trademark mallet, this approximately 9 inch sculpture of Harley is made of high-quality and features detailed sculpting and paint applications. Packaged in a full-color window box. You can pre-order this at our sponsor BigBadToyStore.com.

From the Birds of Prey film, the fan favorite Harley Quinn joins the S.H.Figuarts line dressed in some impressive golden overalls. Standing over 5.50 inches tall, this S.H. Figuarts Birds of Prey Harley Quinn figure features an amazing range of motion and includes several accessories including her derby skates. You can pre-order this at our sponsor BigBadToyStore.com. 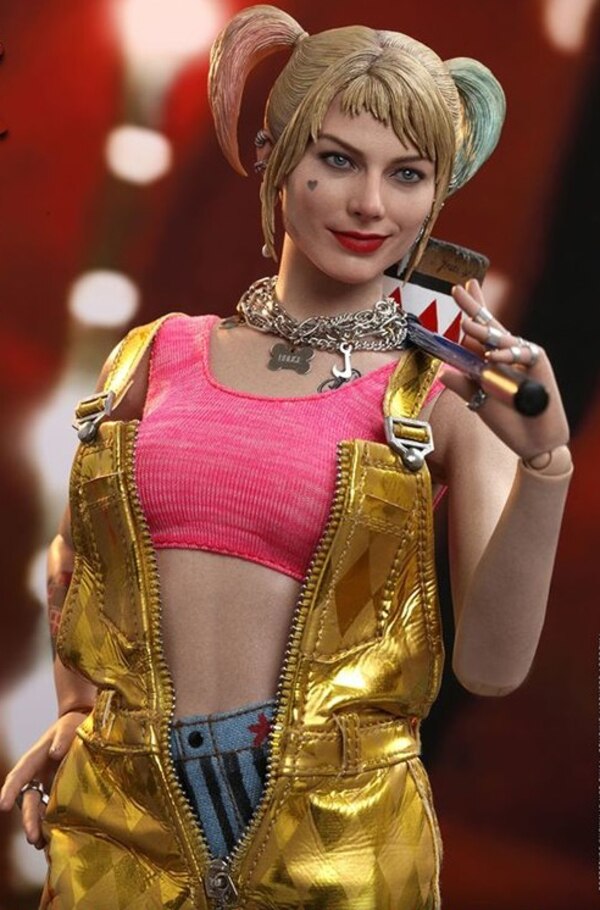 From the Birds of Prey film, Hot Toys presents the Harley Quinn collectible figure. Beautifully crafted based on the screen appearance of Margot Robbie, the movie-accurate collectible figure features a newly developed head and hair sculpture with incredible workmanship, a sophisticatedly tailored golden overall outfit as seen in the first trailer of the film, a pair of interchangeable roller shoes, Harley’s iconic mallet, a chain necklaces, a figure stand with specially designed graphic cards and character backdrop. You can pre-order this at our sponsor BigBadToyStore.com. 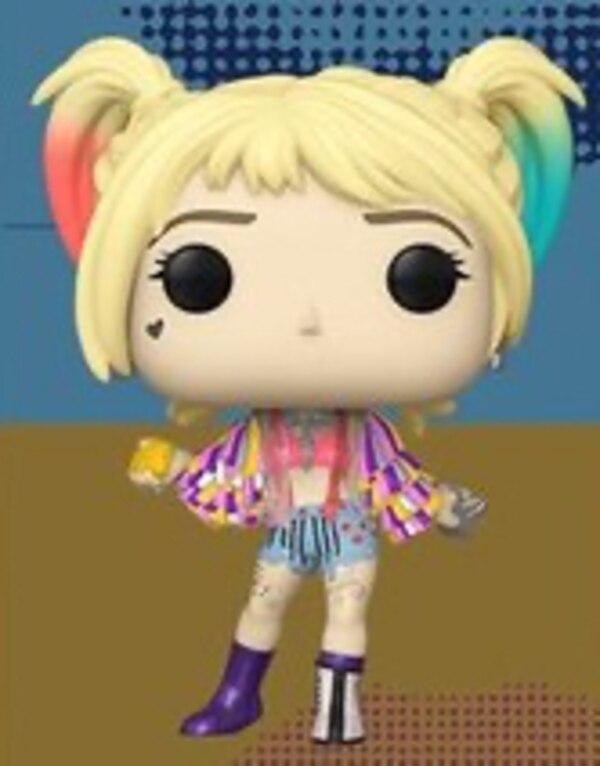 Funko so far is the only company doing a wide range of characters for the movie beyond just Harley, of course they aren't really action figures but collectibles never-the-less. You can pre-order these from our sponsor BigBadToyStore.com.

While we have yet to get an official announcement or see any official images, all indications are that McFarlane Toys will be doing a 7" version of Harley from the movie for their new DC Multiverse line. The biggest indication of this, is that the character is featured on the back of the packaging of various other DC Multiverse figures already released.

It seemed like the plan was to release the figure with the initial batch of DC Multiverse stuff on shelves now, but was then held back for some reason. The figure had been listed in several retail computer systems along with the other figures, and we have even seen UPC and SKU#'s for it.

As to why the figure was seemingly held back, or when we will see it actually released remains unknown. I am sure those details will come to light later this month during the New York Toy Fair, which kicks off on February 22.

If the movie is a success, which initial indications are that it will be, I am sure this list will grow. I could definitely see a company like Mezco doing a One:12 Collective version, or Medicom delivering us a MAFEX one. We might even see other characters beyond Harley getting the figure treatment, but only time will tell.

Still debating on whether to go see it in theaters, or just wait for it to come out on home release.

Just curious but what upcoming movie would u go see in the theaters this year?

No surprise there. Warner Bros.really needs this has-been vehicle to fly so they tweeked the hype machine.

I liked her in Suicide Squad, but I am just not a big enough Harley Quinn fan to be super excited about a solo movie. It may in fact be decent, but for me I can wait a few more months and watch it from the comfort of my home. Ever since WB kinda washed their hands of their DCUniverse concept after Justice League, its just been harder for me to get that excited for DC movies.

No surprise there. Warner Bros.really needs this has-been vehicle to fly so they tweeked the hype machine.

Still debating on whether to go see it in theaters, or just wait for it to come out on home release.