DC Comics
by Jay Cochran
January 13, 2021
Shown below via LittleToysBiggerWorld are over 60 in-hand images for the new 7" DC Multiverse Batman: The Last Knight On Earth wave of figures from McFarlane Toys. This wave includes figures based on the Last Knight On Earth storyline of Batman, Wonder Woman, Omega and Scarecrow. Bane is the Build-A-Figure for this wave. Look for these to start hitting shelves here in the US soon.
❮ ❯

Great looking wave, keeps spirit of dc direct but for hell of me I can't understand what was the idea behind Banes leg articulation, he has diaper that fully covers any ability for him to move his legs into any direction, very odd choice. also Joker's head looks nothing like in comics series.

Lol. I'm betting that diaper is most likely of a bit more rubberized material. If anything, McFarlane has gotten pretty good at using that type of material to keep the aesthetics of the figure while allowing more articulation than one might think. I'm sure it's something he derives from his well known insistence that his products look like art.

McF is stepping it up!  These figs are all kinds of beautiful.

Hoping DC Future Slate is next

I need Jace Fox in both Batman outfits

And Grifter is LONG overdue for a figure

These BAF....Just a gimmick to get your bucks!!!

Look out for people tearing open figs to get the BAF Parts...

The "Rip-Boys"  did it with BAF Galactus and BAF Juggernaut.

We will included a collectable comic book....Also if you pre-order 6 BAF (head, torso, legs 2, arms2)

What? Too much??? You see what these guys on Ebay charge for a complete BAF???  We're Just looking out for you.

Our motto at BAF;

Build them yourself. That's the ticket. =^)

Bane is a BIG boy, very interesting figure. I wonder about his articulation. Not that interested in the rest of the wave, well Wonder Woman maybe but not the others. Probably will get the wave through just to get in on that Bane.

Great looking wave, keeps spirit of dc direct but for hell of me I can't understand what was the idea behind Banes leg articulation, he has diaper that fully covers any ability for him to move his legs into any direction, very odd choice. also Joker's head looks nothing like in comics series.

I want that Scarecrow and Wonder Woman very much!

It's finally good to see McFarlane doing what he said he would do by letting the fans decide what direction the DCM would take. After a year of giving us every reason under the sun why he (not the fans) think the BAF process was a waste of time he finally realized it's what the fans truly want. I must say, he's getting better. It took him almost 15 years to realize fans wanted to actually pose their figures themselves and didn't want what amounted to a statue with a neck swivel and a single arm hinge just to put on a shelf to look at. Now let's see how long it takes him to finally buy into the 6" (or 6.5") scale. I give it at least another year.

Here's the argument for the 6.5" scale and the BAF system all in one. Firstly, as we all know, the BAF allows them to make the larger figures at an actual large scale without having to worry too much about packaging restrictions. Along with this, going to the 6" scale allows the figures to be in even more accurate scale to each other as well. Anyone who bought the Devastator figure knows very well that it was quite underwhelming. I bought one because it honestly looked pretty cool, and it does, as most of McFarlane's stuff does, but sadly it was very much on the small size for a character that was supposed to tower over other characters, similar to Marvel's Hulk. The thing was smaller than 90 percent of Marvel Legends large guys (mostly done as BAF's) and he was nowhere near comparable to the Hulk Deluxe figure. Add that to the fact that the other figures in the line are all done at 7" and this figure looks more like a kinda tall dude that hits the gym a lot rather than a massive, hulking, unstoppable  monster with devastation and murder on his mind. Had the Devastator been done as the BAF and the rest of the wave (actually, the rest of the line) done in 6" scale, the contrast in size woulda been that more dramatic and accurate. This BS of McFarlane constantly resisting any kind of standard that's not his own is just wasting time and it has to be exhausting to even his staunchest fans. At least to this point he's mostly done Batman related product. If he makes a change now he can get it right before he starts branching off to other characters of the DC Universe.

Bane still looks like a chubby over the hill wrestler with a small head. The other ones look pretty cool.

Are these going up on BigBadToyStore? 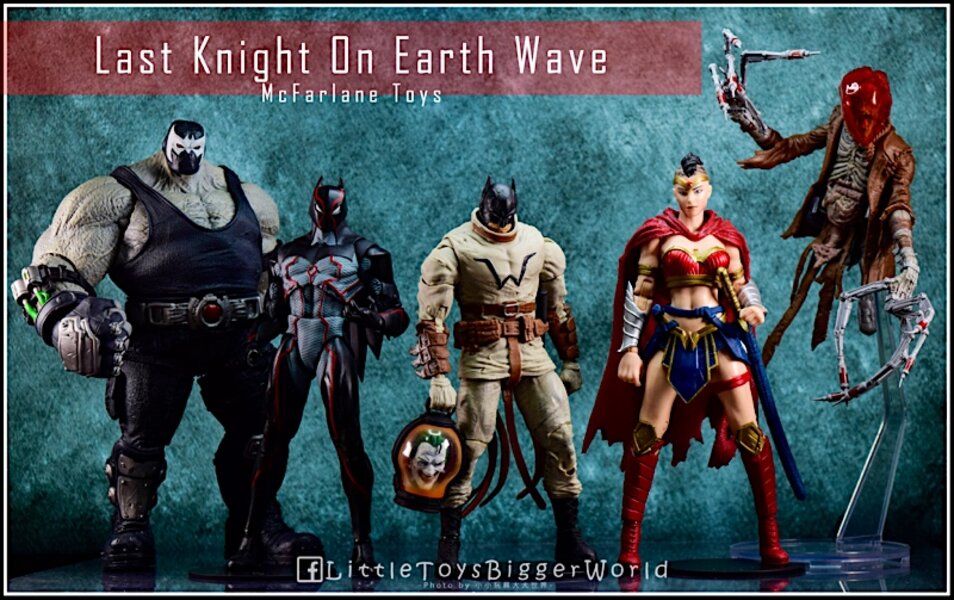 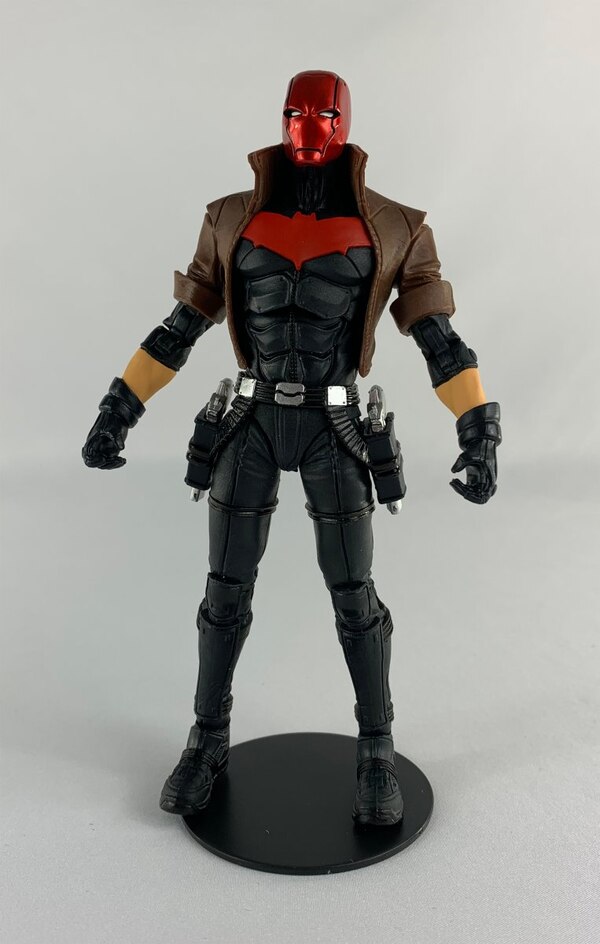 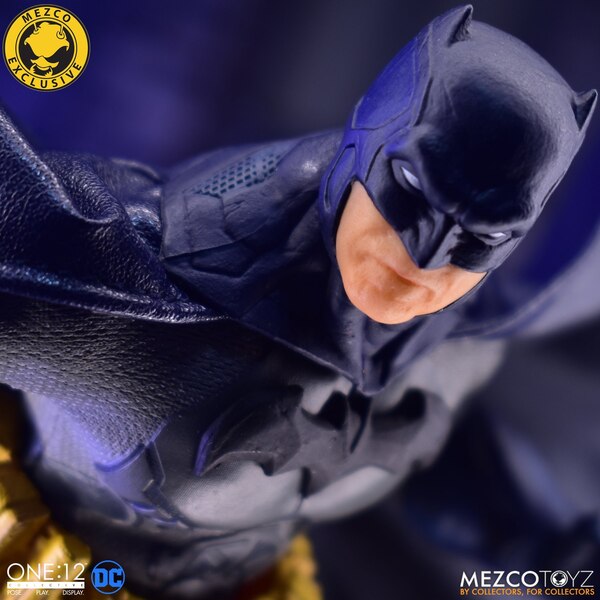 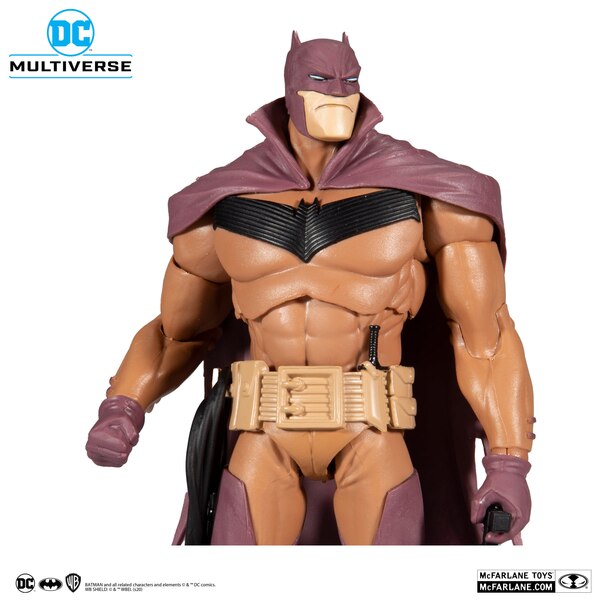 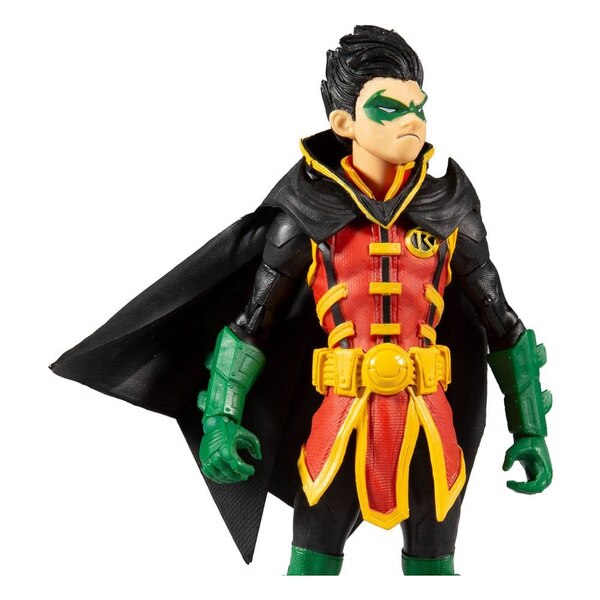