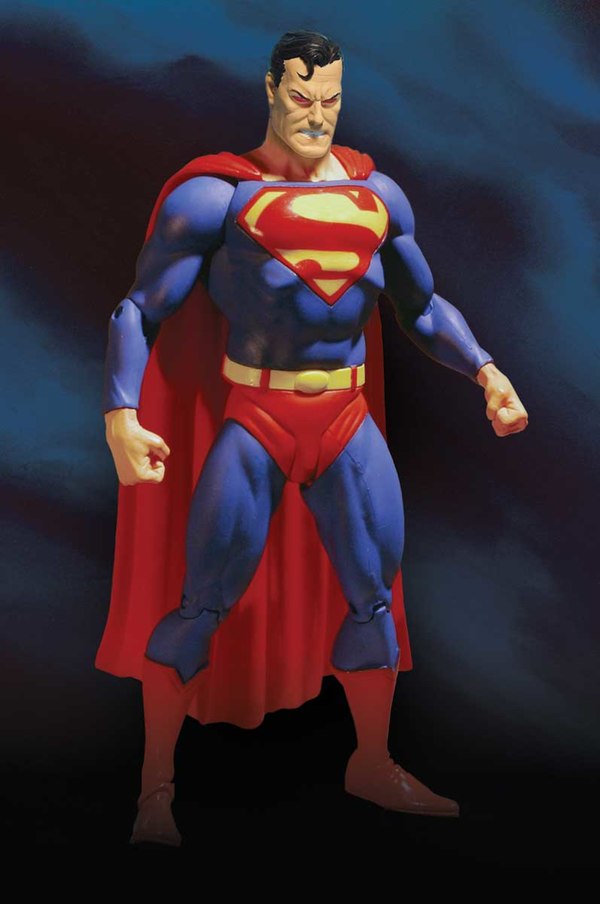 
JUSTICE #1, the first issue of the new DCU series by Alex Ross, Jim Krueger and Doug Braithwaite, begins this August!

"Alex's work for DC Direct has been extremely well-received," says Bob Wayne, DC's VP - Sales. "We're sure retailers will want to take advantage of this offer as much as they possibly can."

Please note that for multi-store accounts, this incentive is based on the total quantity ordered for all stores combined. This offer is good only on initial orders of JUSTICE #1.

JUSTICE #1 will be solicited in the June Previews (Volume XV #6). It is scheduled to arrive in stores in August.