“We are very excited to bring this alternate version of an extremely popular character to fans,” said New Force Comics owner, Rick Whitelock. “Data has always been a unique character with limitless potential and we think this exclusive helps demonstrate that.”

With Captain Picard kidnapped by Cardassians and Commander Riker relieved of duty, it falls to Data to serve as the Enterprise’s new first officer – complete with a new command-style uniform. “Chain of Command” Data builds on the success of past Star Trek: The Next Generation releases and delivers a striking new version of the android as he appeared in the series’ sixth season.

Sculpted by Art Asylum and in scale with past releases, the “Chain of Command” Data features multiple points of articulation and series-accurate accessories. For more information, please visit www.newforcecomics.com.
Image 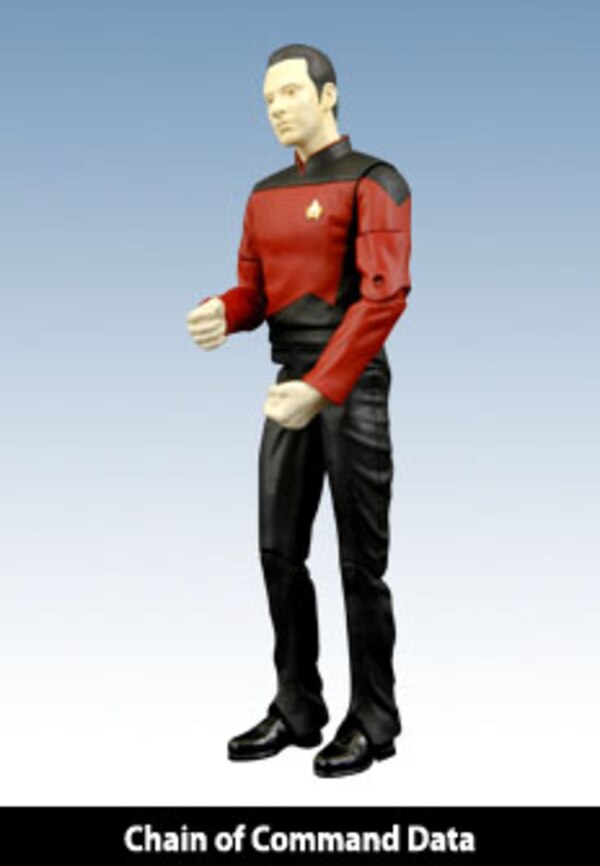