Star Trek
by Jay Cochran
May 13, 2010
Hallmark has released news and images for their upcoming 2010 Keepsake Ornaments.

- Rebel Snowspeeder From Empire Strikes Back

This tiny replica of a snowspeeder used on ice planet Hoth is sure to be number one with any sci-fi fan.
Hear memorable moments from the scene. Battery operated. By Robert Hurlburt. 4" W.
$28.95 USA QXI2026

- Boba Fett and Han Solo In Carbonite From Empire Strikes Back

- His Master's Bidding From Empire Strikes Back

Celebrate the 30th anniversary of this sci-fi classic with this exciting scene, complete with light and sound.
See the Emperor illuminate and hear dialogue from the scene. Battery operated. By Kristina Kline-Gaughran. 4" W.
$32.95 USA QXI2033

Captain Kirk makes a heroic appearance as the very first ornament in this new series.
Each of the ornaments in this new series will feature a different character from the original STAR TREK™ television series. By Anita Marra Rogers. 4 1/4" H.
$14.95 USA QX8373

This ornament captures the dramatic scene of a fight to the death between Spock and Kirk using traditional Vulcan weapons.
Hear music from this exciting scene. Battery operated. By Anita Marra Rogers. 4 1/4" H.
$28.95 USA QXI2163

- U.S.S. Enterprise From The New Movie

This starship will bring back memories of the suspense and adventure of the popular sci-fi series.
See the Enterprise’s lights illuminate. Battery operated. By Lynn Norton. 6" W.
$32.95 USA QXI2156

This third-in-the-series ornament will add a little super hero action to any ordinary tree.
By Robert Chad. 4" H.
$16.95 USA QX8453

- Superman The Last Son of Krypton

Using intellect and skill, this tiny replica of the World's Greatest Detective is ready to take down any evil force.
4 1/4" H.

- Surrounded By Snakes From Raiders Of The Lost Ark

Even if you hate snakes as much as Indy, you'll love adding this action-packed ornament to your tree.
Hear a memorable clip from the scene and music from "The Raiders March." Battery operated. By Kristina Kline-Gaughran. 4 1/4" H.
$18.95 USA QXI2213

Bring the sci-fi cool factor to your tree with one of the advanced vehicles of the cyber universe.
See the Light Cycle illuminate. Battery operated. By Orville Wilson. 4 1/2" W.
$16.95 USA QXD1153
Available in October.

You can check out images for all of these below in our GALLERY, and you can head over to Hallmark.com to check out other Keepsake Ornaments that are coming out for 2010.
Image 1 of 16 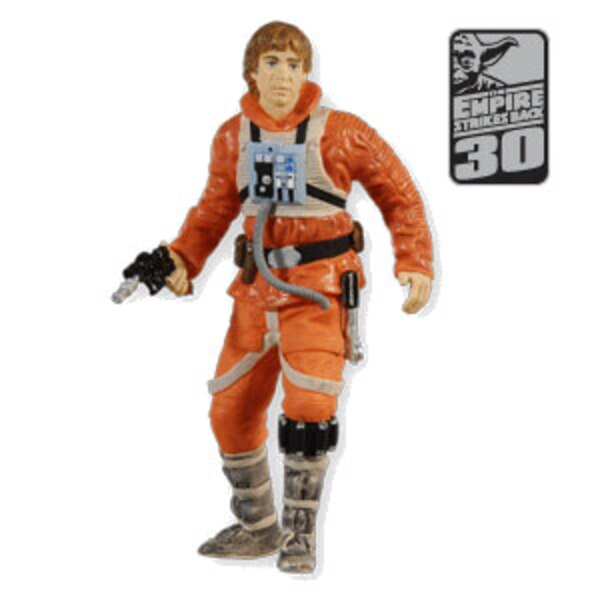 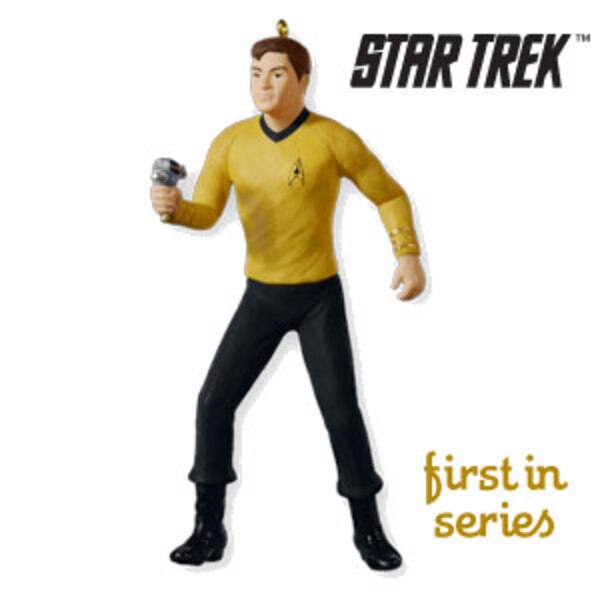 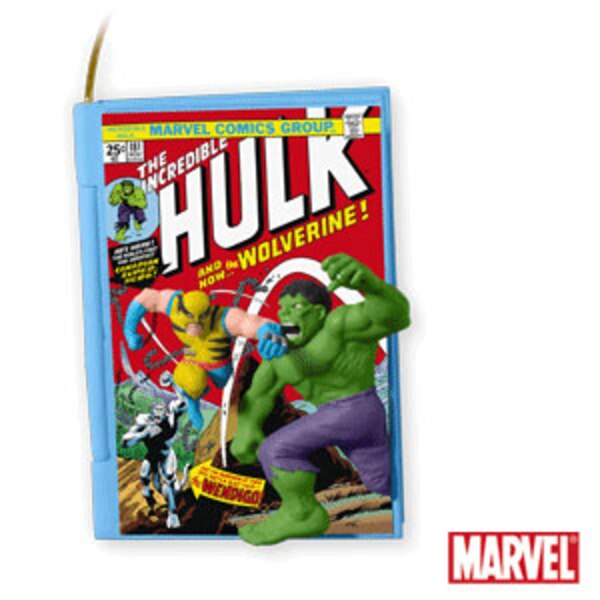 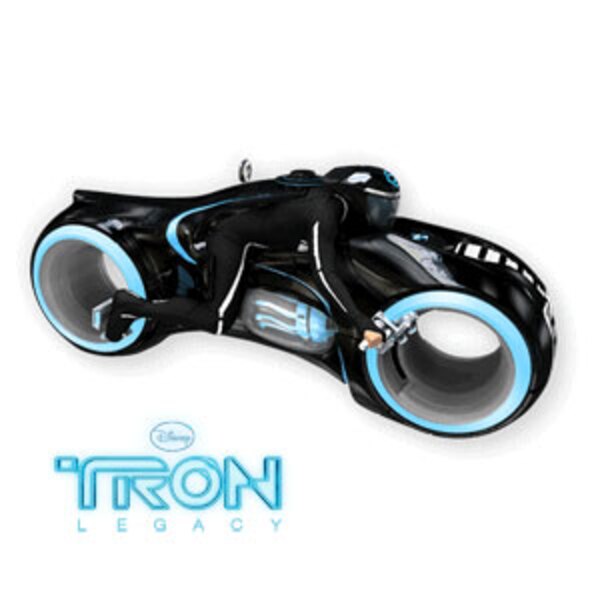 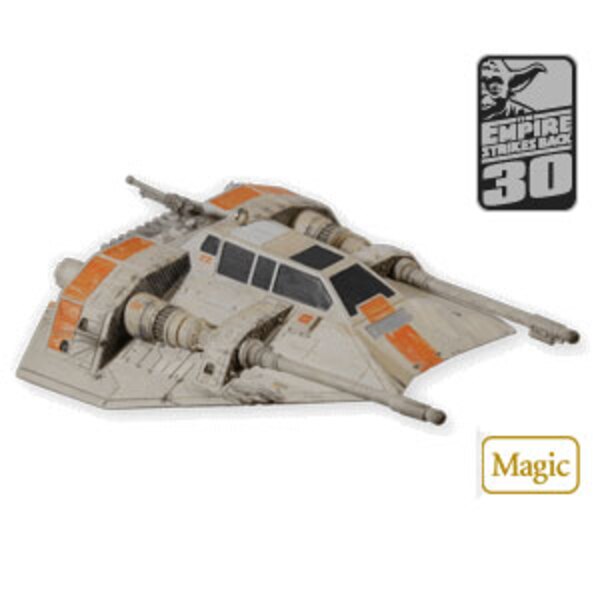 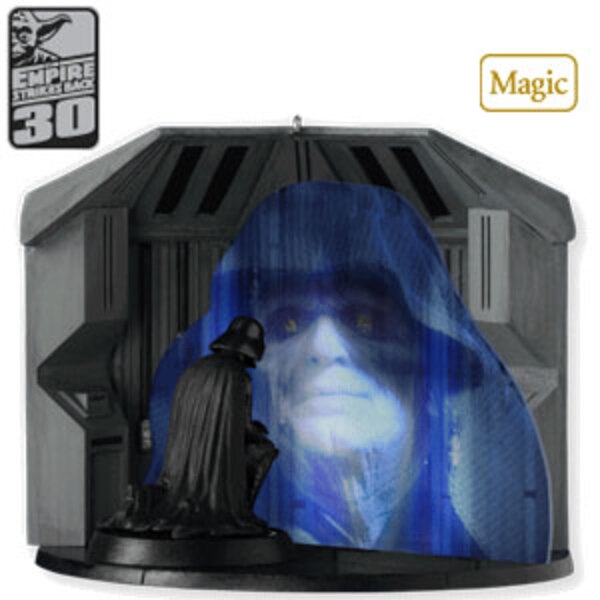 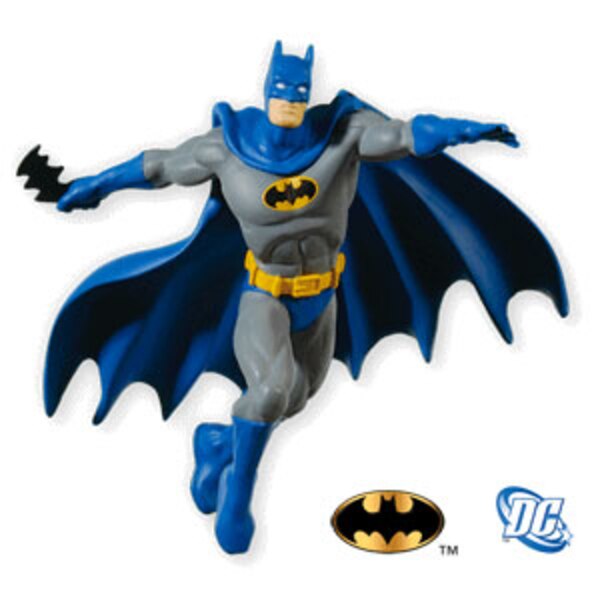 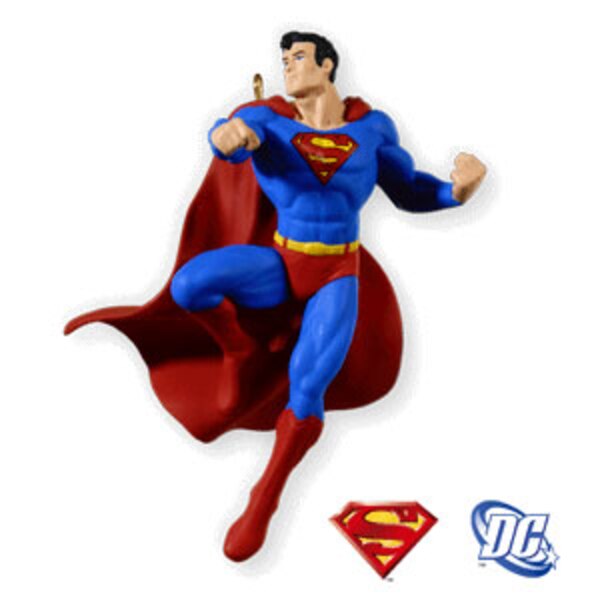 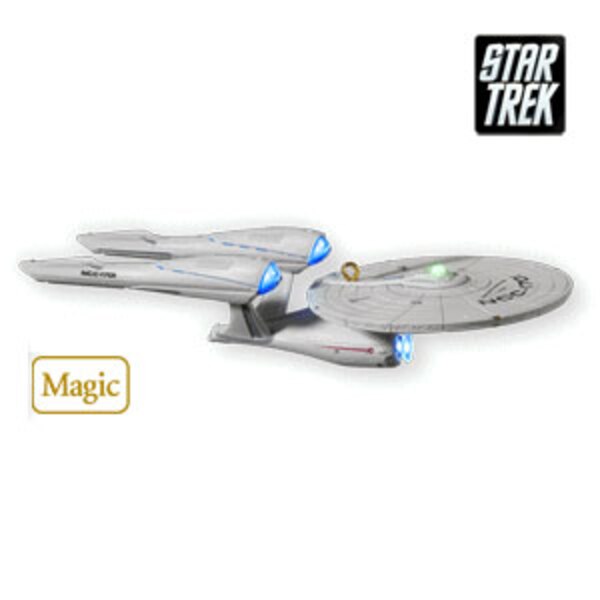 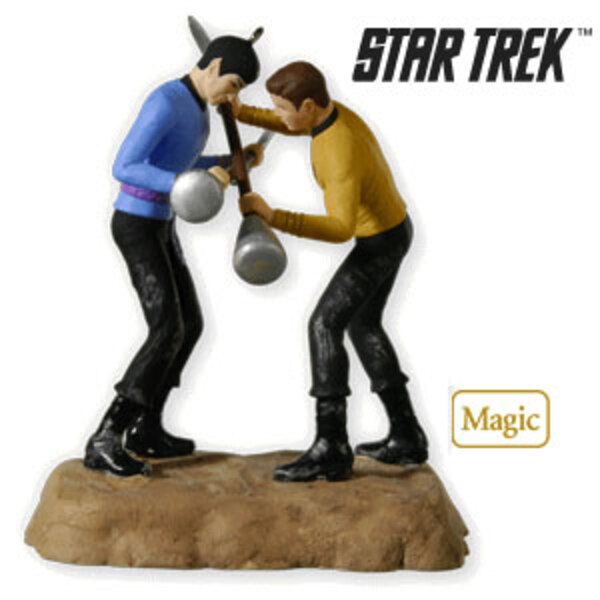 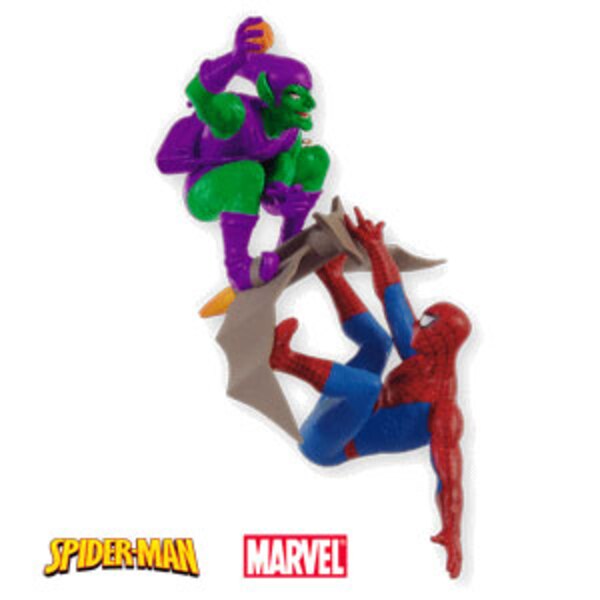 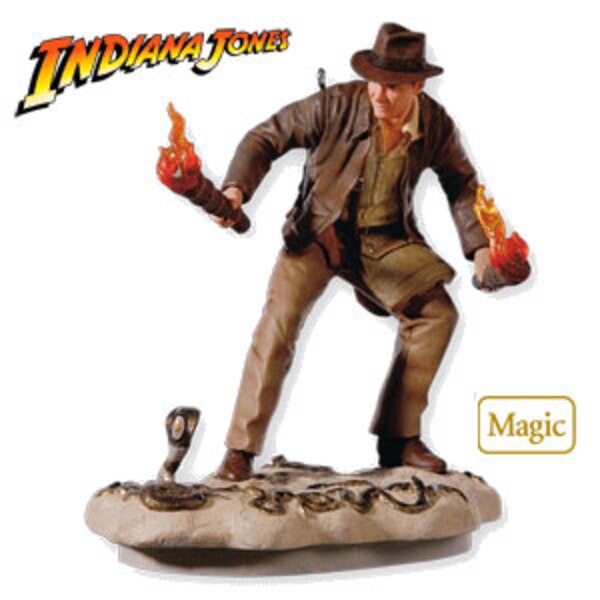 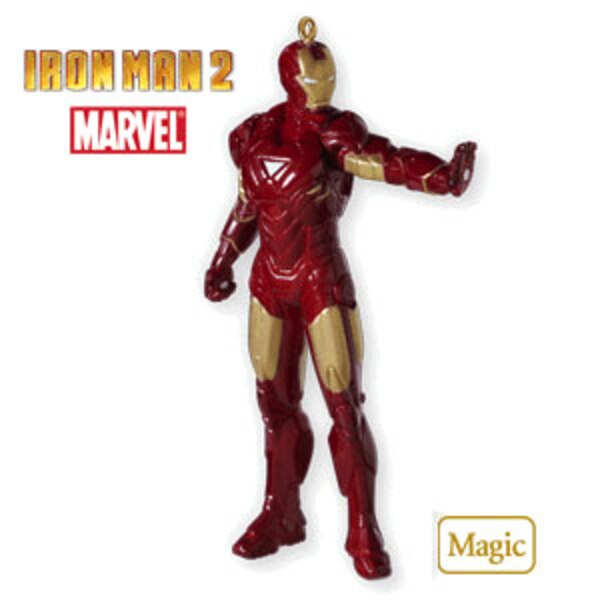 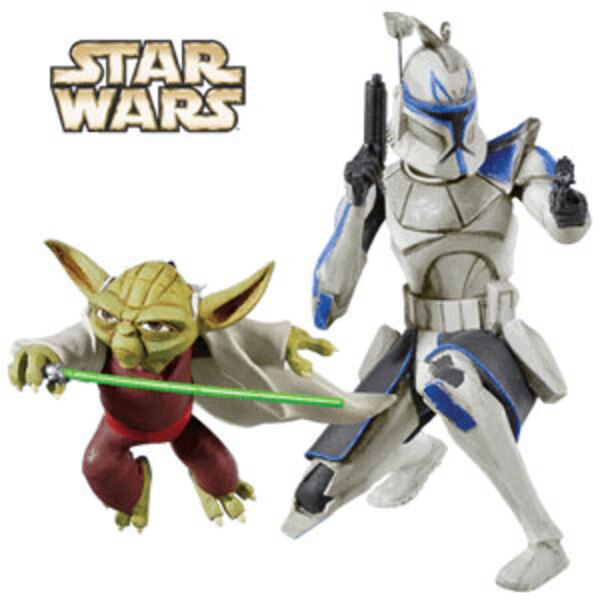 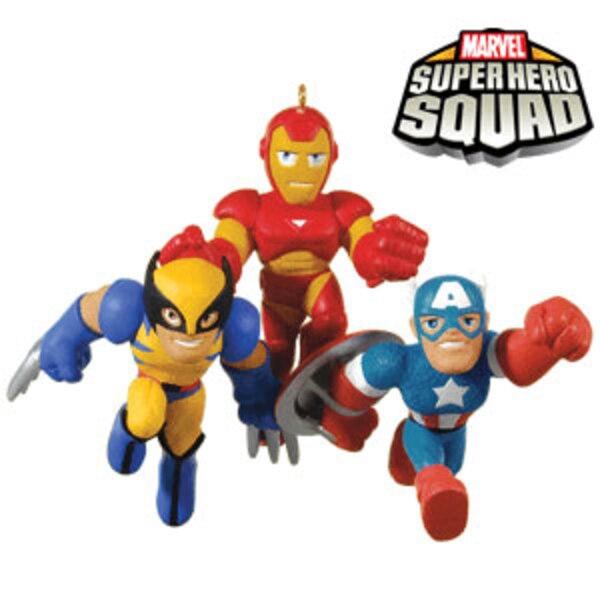 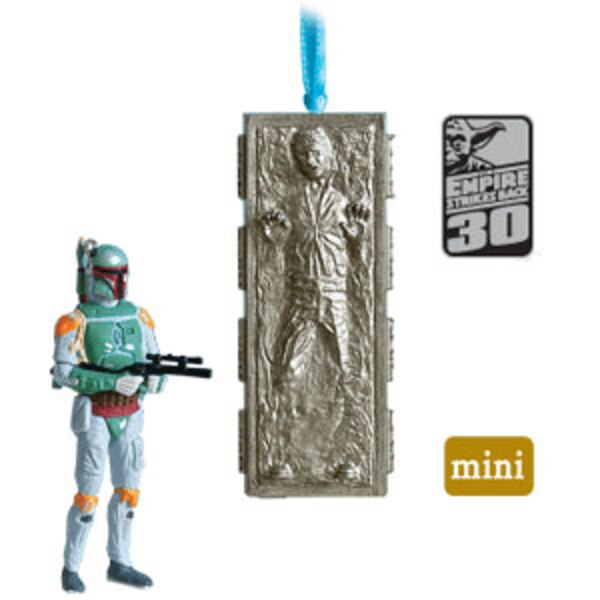