Paramount Closes The Doors On Screenlife, The Makers Of "Scene It"

Star Trek
by Jay Cochran
March 07, 2012
Geekwire is reporting that Paramount, who owns the Screenlife Games company, maker of the “Scene It?” trivia games has closed the doors on the Seattle, WA based company. Paramount who purchased Screenlife back in 2008 apparently decided to pull the plug on the companies funding despite Screenlife having recently acquired the license to do games based on the Star Wars franchise along with many other popular "Pop Culture" based licenses. In recent years the company seemed to really be pushing to move out from it's original DVD base, and into the world of mobile, tablet, web and console versions, however it would seem this was a case of too little, too late, and not enough to keep the investors happy.

We at TNI have heard from some friends who worked at the Screenlife company, that in fact they have closed their doors, which is always sad to hear because it means good people have lost their jobs. We wish them all the best in their future endeavors and know they will land on their feet. 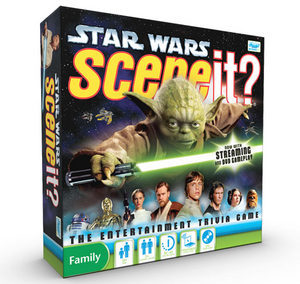