Star Trek
by Jay Cochran
April 02, 2012
ThinkGeek is proud to announce the latest addition to their line of officially licensed Star Trek collectibles. The Star Trek Inflatable Captain’s Chair comes straight from the bridge of the original U.S.S. Enterprise, and joins other popular ThinkGeek collectibles such as the Star Trek Pizza Cutter and the Star Trek Electronic Door Chime.

“Captain Kirk once said ‘Galloping around the cosmos is a game for the young,’ ” said Ty Liotta, head of ThinkGeek’s GeekLabs. “We took that idea and created a product young fans of Star Trek would crave for their own adventures.”

Designed with wee geeks in mind, the Star Trek Inflatable Captain’s Chair supports those ages 3 to small adult (maximum weight of 120 lbs). The arms of the chair feature series-accurate representations of the buttons and controls available to Captain Kirk. When inflated, the chair measures approximately 27.75” high x 29.25” wide x 18” deep. 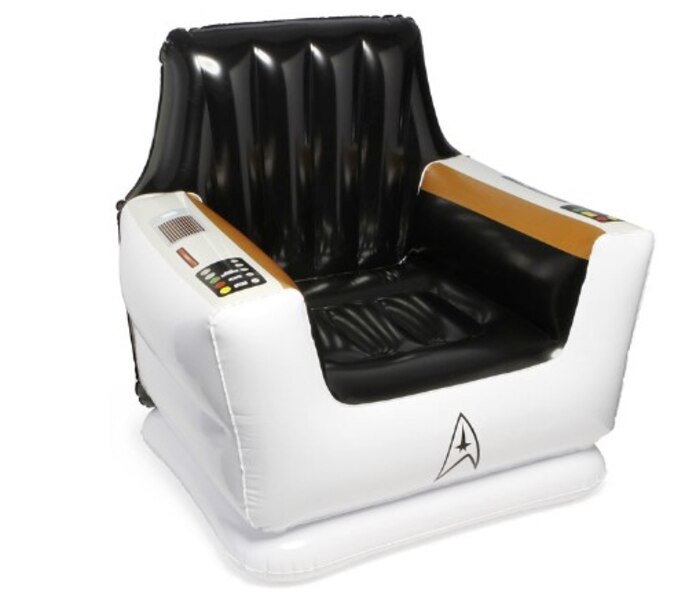