Star Trek
by Jay Cochran
May 20, 2013
Startrek.com reports that this fall, Eaglemoss Collections will release a new collection of more than 65 high-quality, die-cast model Star Trek ships. The ambitious, even unprecedented effort will include nine different versions of the Enterprise, an array of Romulan, Klingon, Dominion and Ferengi vessels, the rare Cardassian Hideki class, the Krenim Temporal Weapon and the Equinox, plus the fan favorite Akira class.

Each ship will measure nearly six inches long and will be based on the original CG models developed by the Star Trek visual effects team. Further, each model will have been exhaustively researched and painted with painstaking attention to detail.

Upon launch, Eaglemoss Collections will release a new model every two weeks. Each ship issued will be accompanied by a 20-page Collector’s Guide that will be illustrated with articles about the ship design process, as well as include renders of the original VFX models and details about the assorted shooting models.

The 65 Eaglemoss Collections Star Trek model ships will be available in the United States and the United Kingdom. Click here to pre-order.
Image 1 of 2 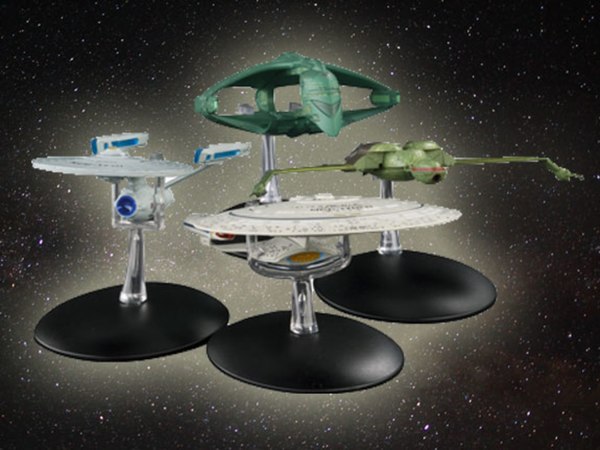 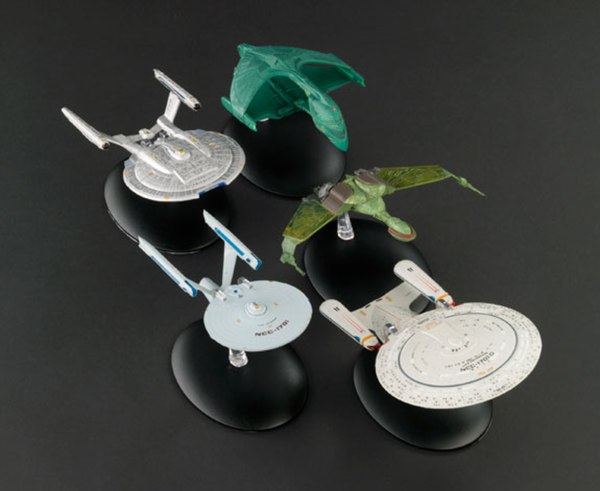