The Sideshow Exclusive version of the 'The Clash of Kings' - Aragorn VS The King of the Dead Polystone Diorama includes a unique feature available nowhere else: Art print by Jerry Vanderstelt

License: The Lord of the Rings

"The Dead do not suffer the living to pass."

It is Aragorn, Isildur's heir and rightful king of Gondor, who enters the King of the Dead's gateway, followed by his stalwart friends Legolas and Gimli. Aragorn holds aloft his sword Anduril, forged from the shards of Narsil as the ghostly image of the King of the Dead appears before him.

"Who enters my domain?" demands the spectral King of the Dead.

Aragorn answers forcefully, "One who would have your allegiance."

The evil King laughs, "The dead do not suffer the living to pass."

Now, the hall becomes filled with thousands of ghost warriors who surround Aragorn and his companions. Aragorn does not flinch but retorts, "You will suffer me!" Thus begins an epic confrontation that will help shape the fate of all Middle-earth. 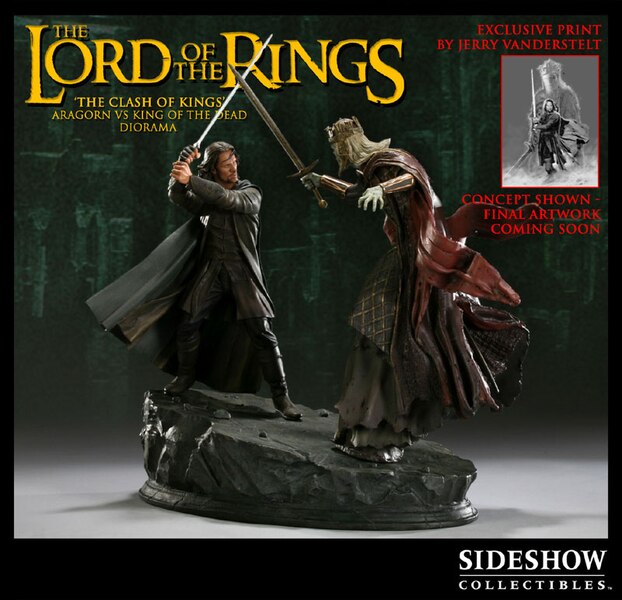 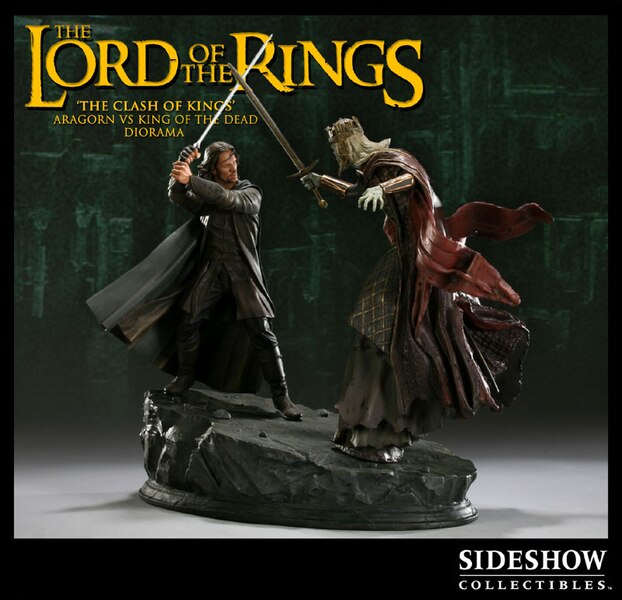 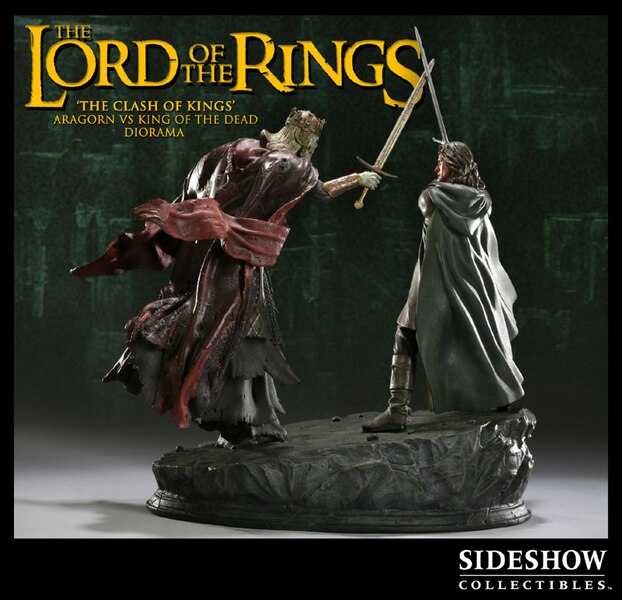 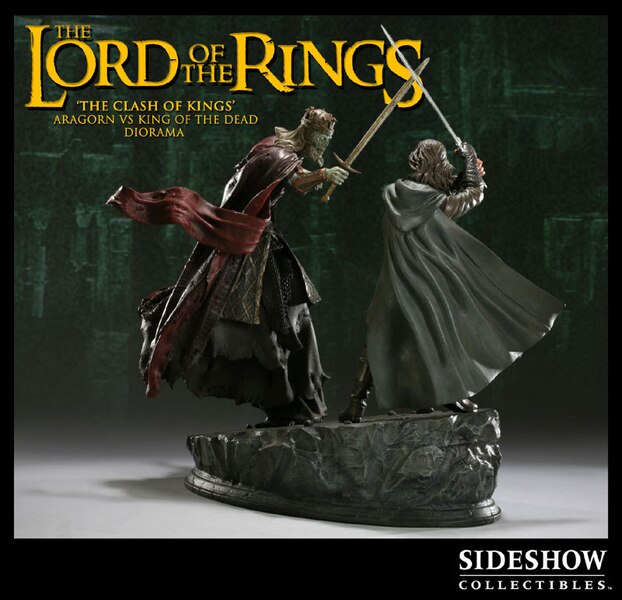 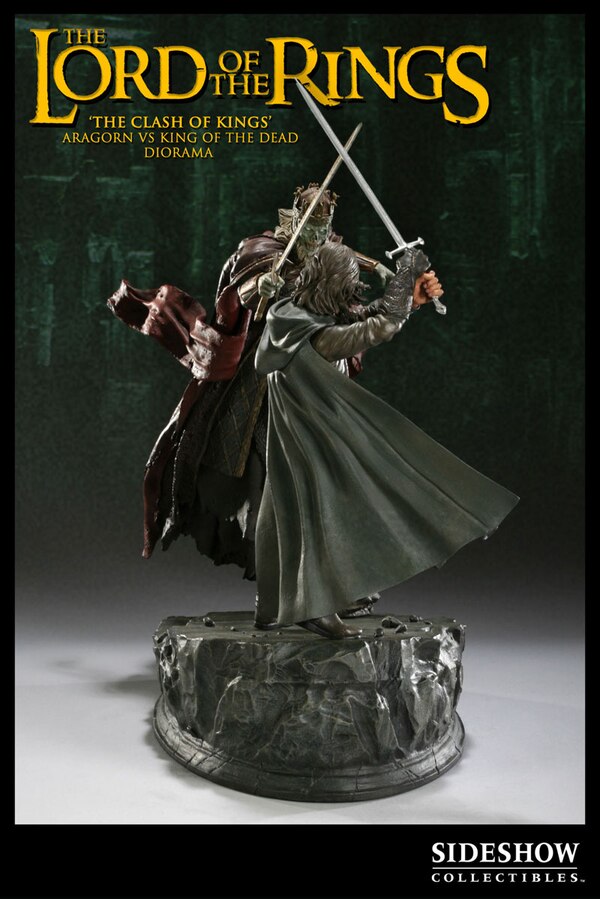 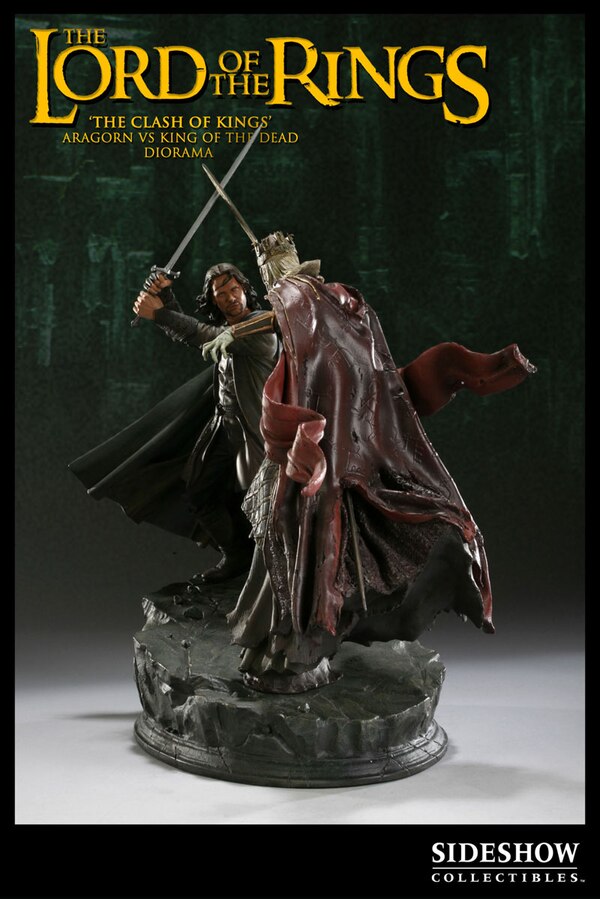 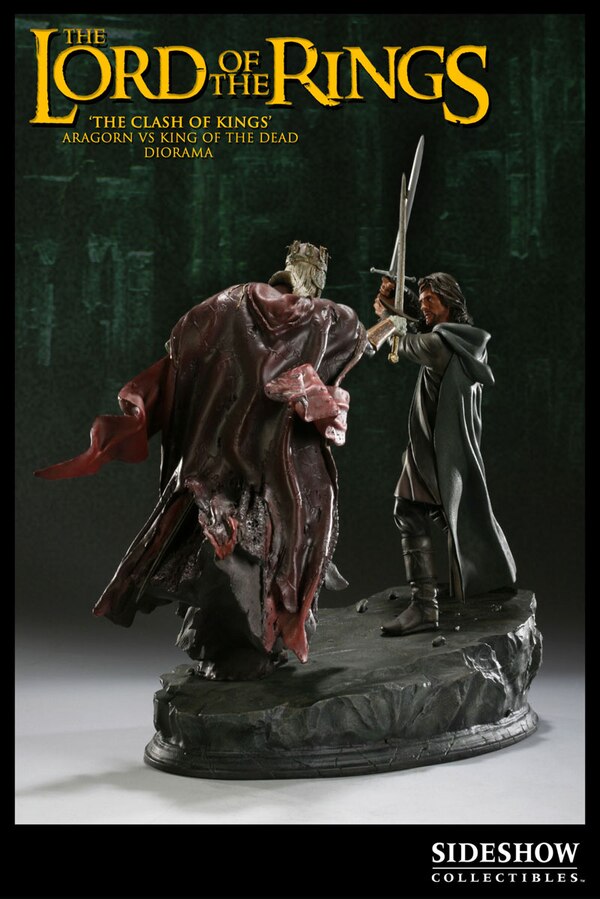 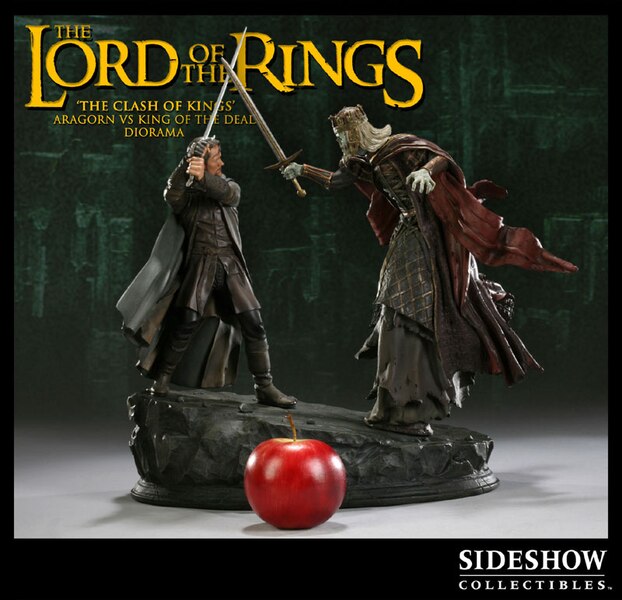 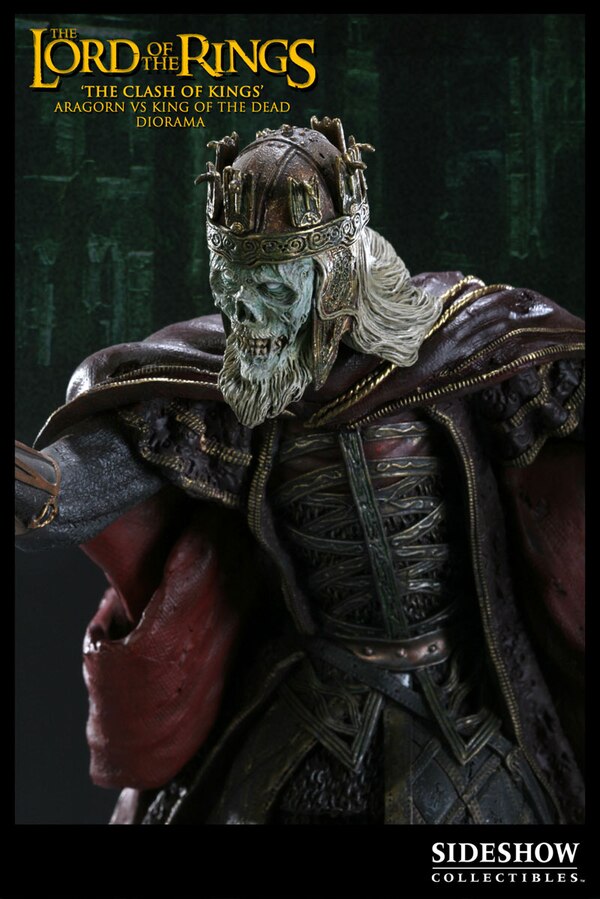 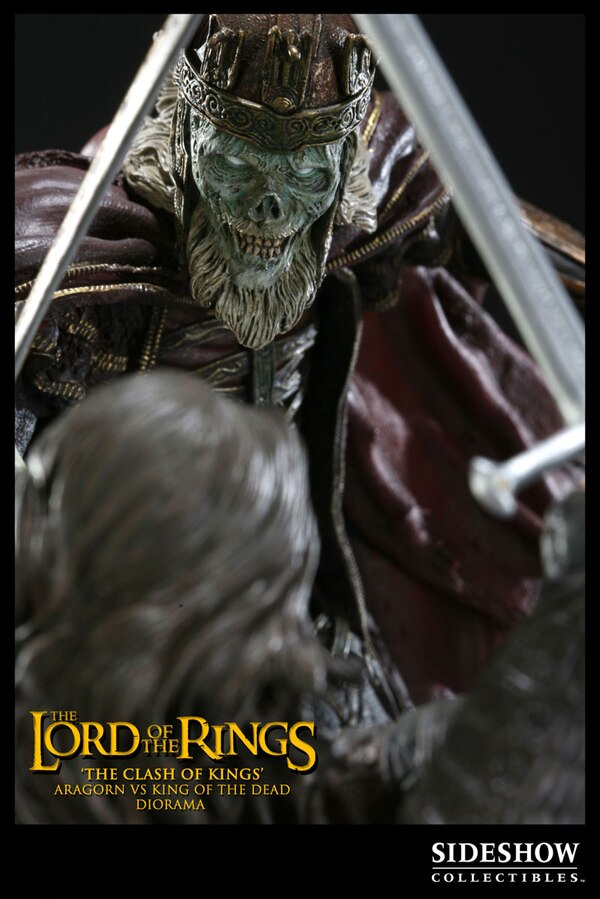 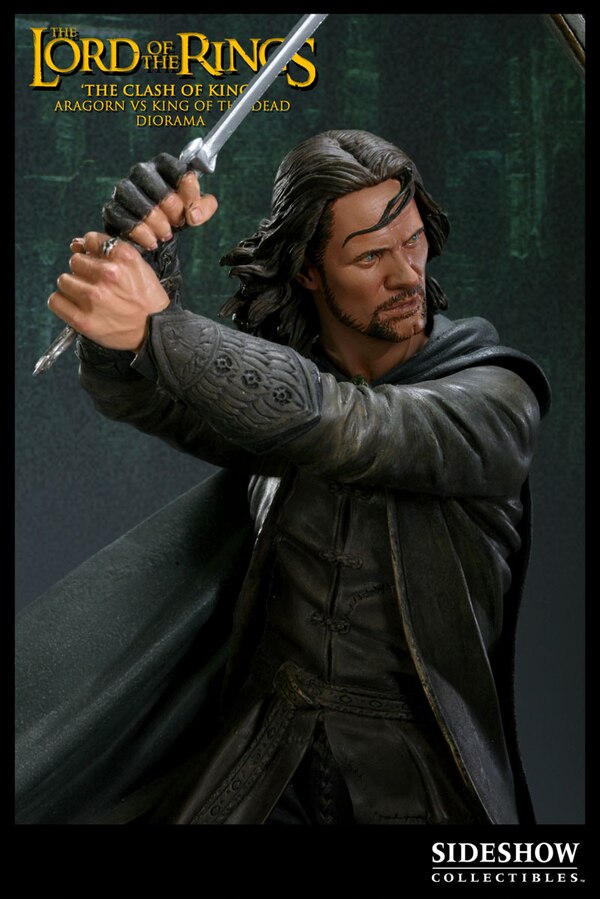 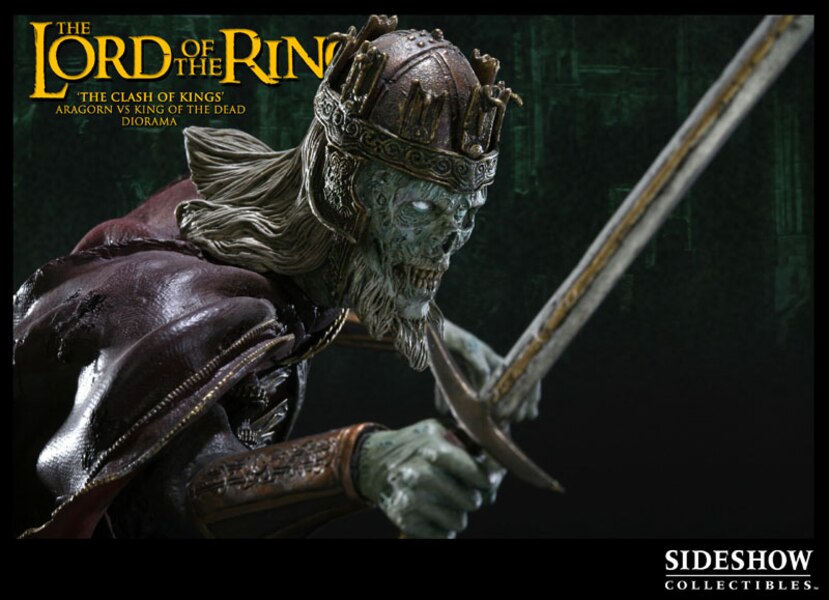 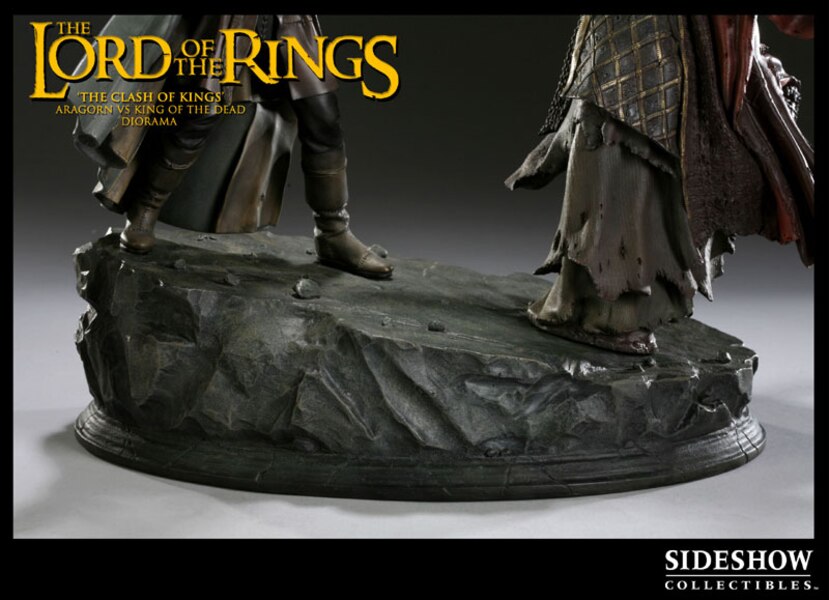 Search Online Stores for 'The Clash of Kings'