Attention EU Customers: Even though this item is not available to ship from the EU Warehouse, you can still order it via our US warehouse. You may be responsible for additional shipping fees and/or import taxes.

Celebrating Joss Whedons long-running television series Buffy the Vampire Slayer comes the Spike Statue. This detailed sculpture presents William the Bloody in 1:5 scale, ready to take on the slayer. Each piece is individually painted and finished with unique quality and detail that is the trademark of a handcrafted Sideshow Collectibles product. The Spike Statue is an outstanding addition to any collection, a must-have for all Whedon fans.

Product Backstory
"I'm a vampire. I *know* something about evil."

Evil, brash, brutal and clever, Spike (a.k.a. William the Bloody) was one of the most infamous vampires ever documented by the Council of Watchers. A slayer of two Slayers, Spike terrorized Europe and beyond with Angelus, Darla and his sire, Drusilla for more than a century. In the episode "Fool For Love", Buffy is thrown by an injury she receives from a normal vampire, so she seeks Spike's council on how he was able to kill two Slayers. Spike agrees to share his history, for a price. What is revealed to the audience is the surprising tale of William, a shy, 1800s poet that, on the heels of a devastating romantic rejection, ended up in the arms of Drusilla and his ultimate vampiric salvation.

Barely 200 years-old when he makes his first appearance in the episode "School Hard," Spike, also known in vampire circles as William the Bloody, earned his nickname by torturing his victims with railroad spikes. As a British vampire with punk rock attitude, Spike wildly sails into Sunnydale to help his sickly vampire girlfriend, Drusilla, get better by tapping some evil energy emanating from the Hellmouth. Although he brags about killing two Slayers, he can't seem to conquer Buffy, and is even hit with an ax by Buffy's protective mom. By the end of the second season, Spike resorts to betraying all his demon buddies to the Slayer in order to escape with his true love, Drusilla.

As the seasons progressed, Spike's nefarious vampiric ways were always the expected, but the slow reveal of his past from human poet to the sadistic, William the Bloody proved to be an even more compelling tale. Spike admitted that it was only as a vampire that he truly learned how to live, and a new phase of his vampire existence evolved due to his association with Buffy, and being chipped by The Initiative. Unable to harm humans, Spike was forced to become something other than what his nature dictated and used his battle prowess to help the Scoobies fight the good fight, but his vampire face is always a reminder of the demon lurking within.
Image 1 of 11 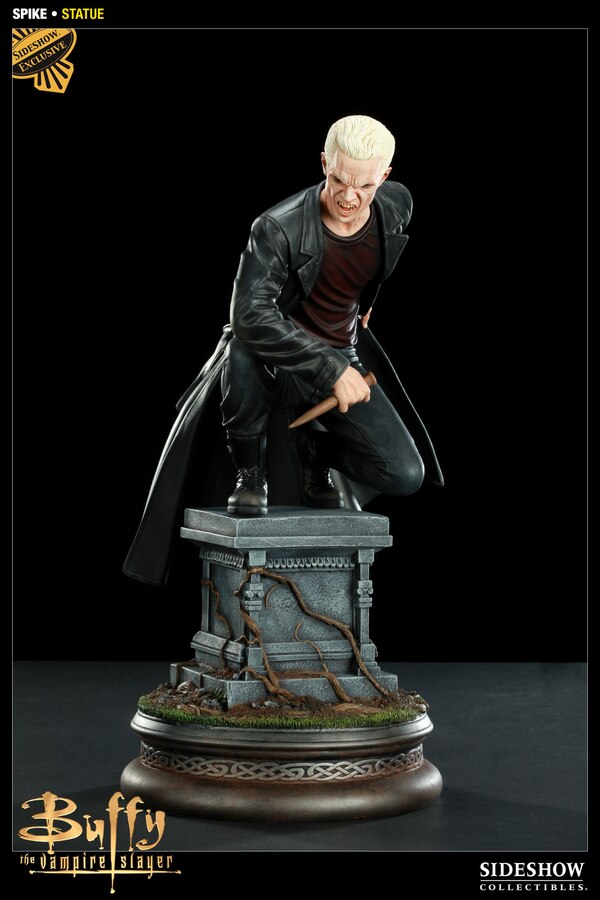 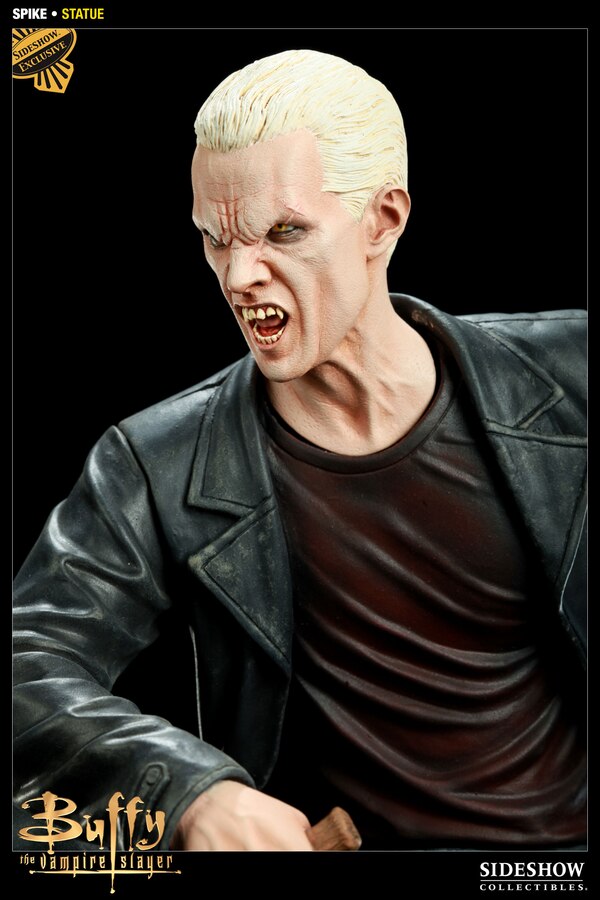 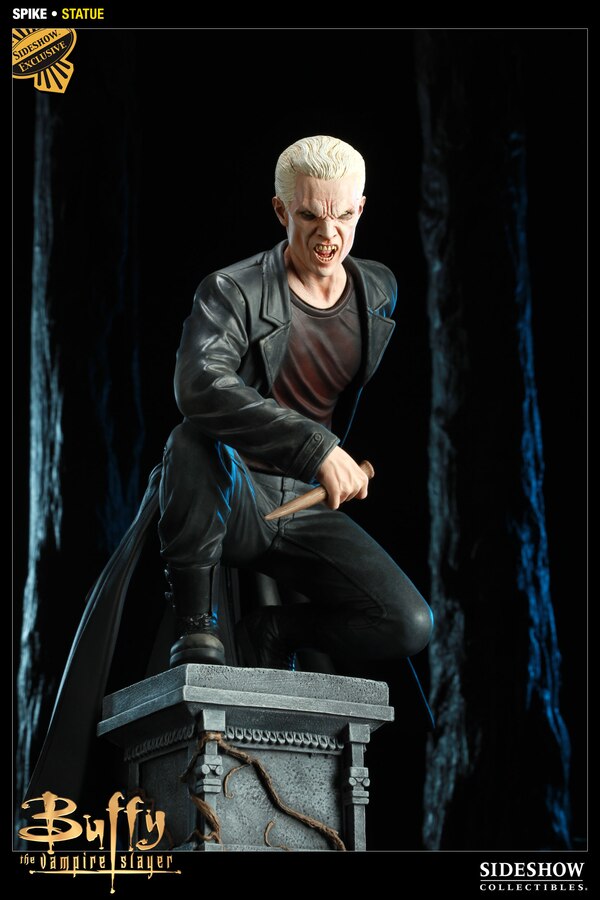 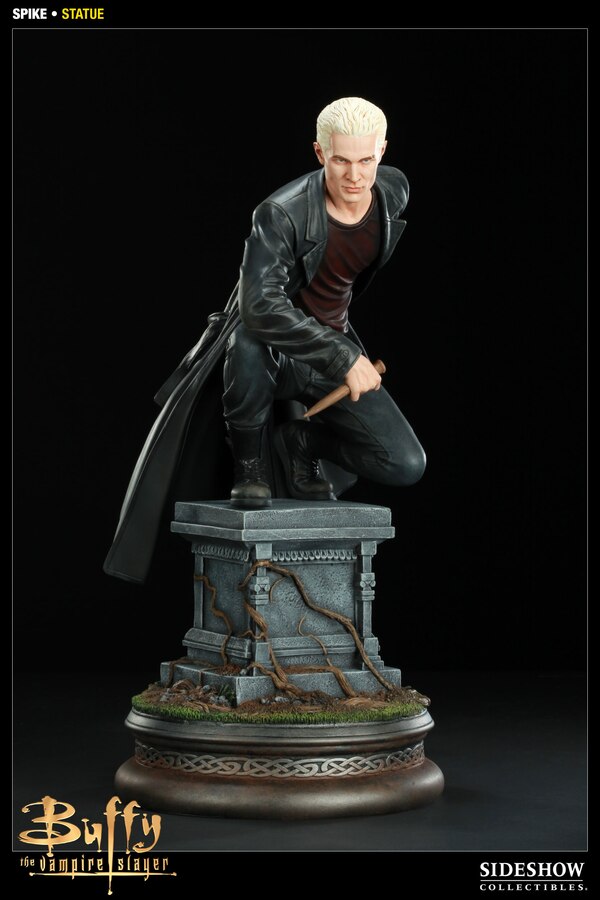 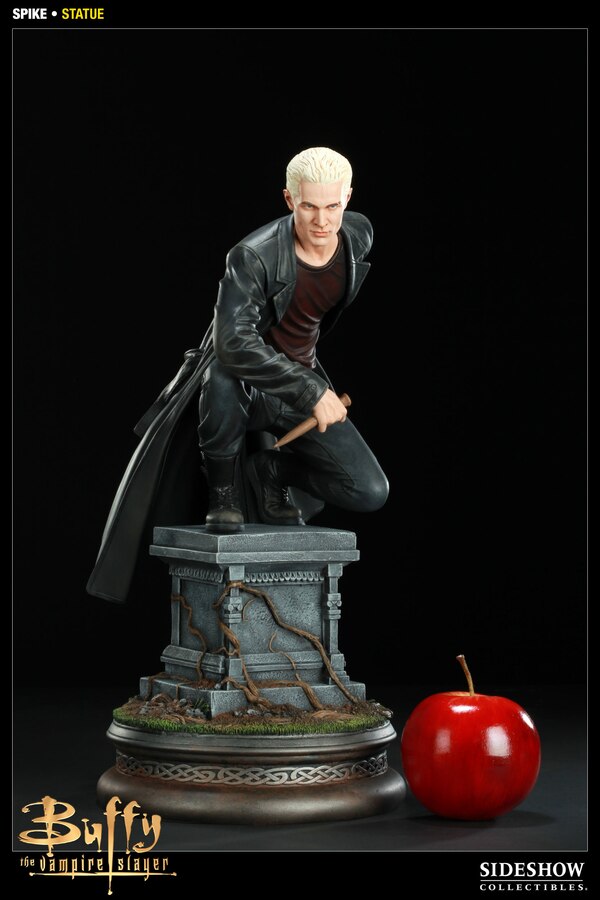 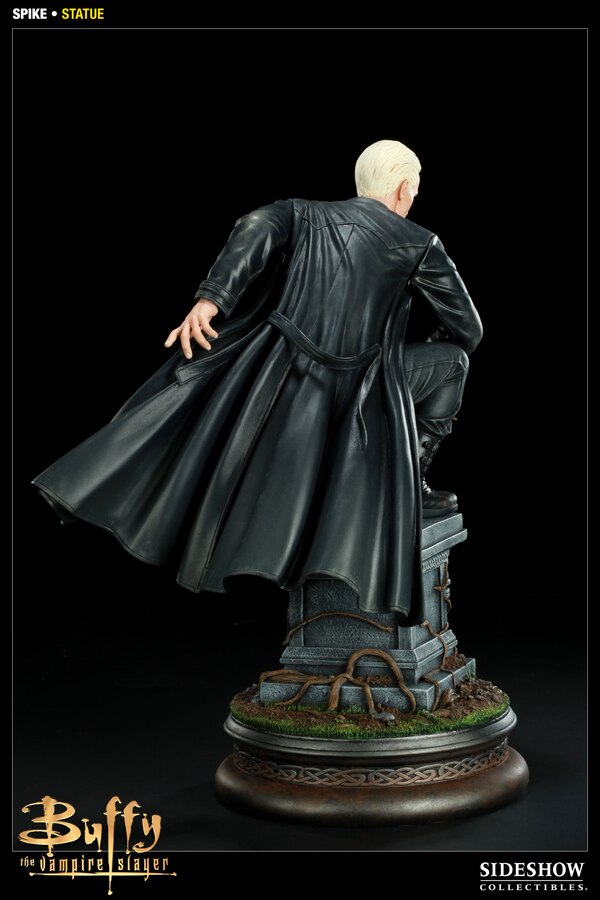 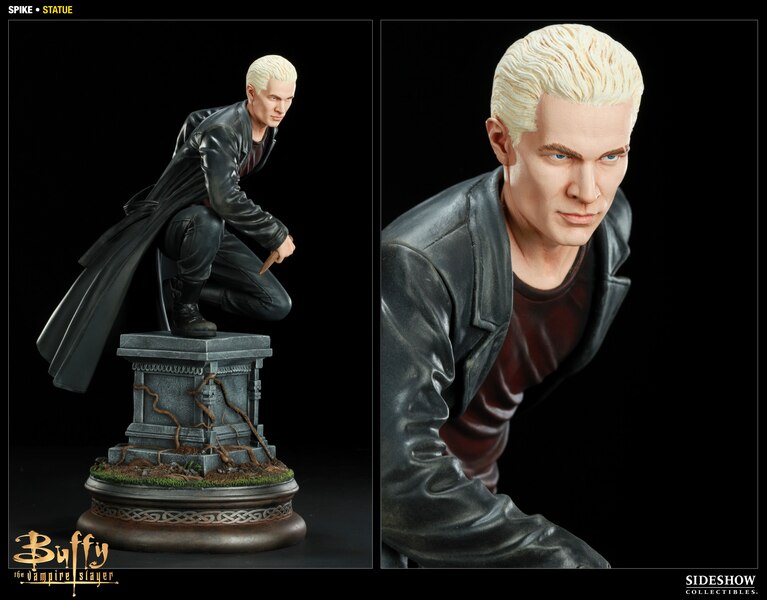 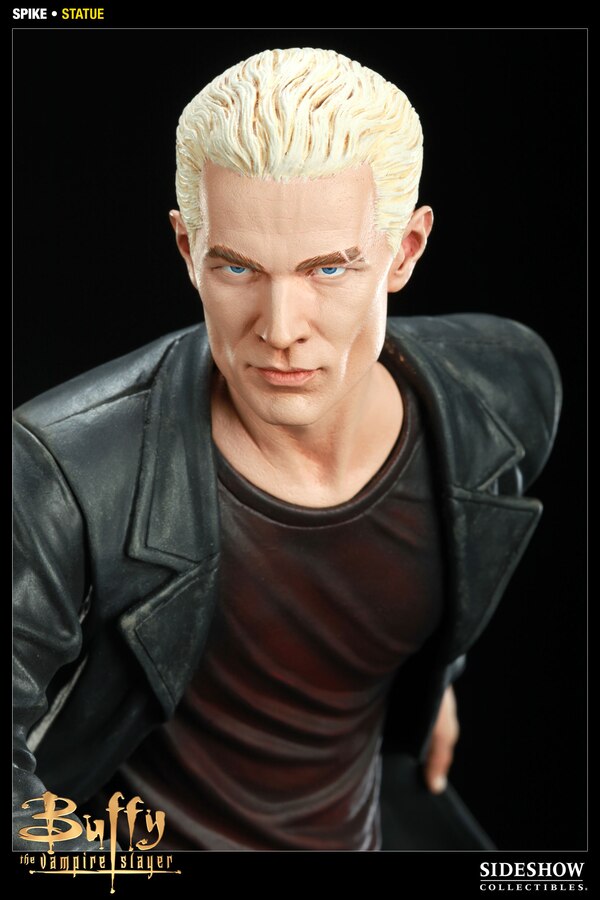 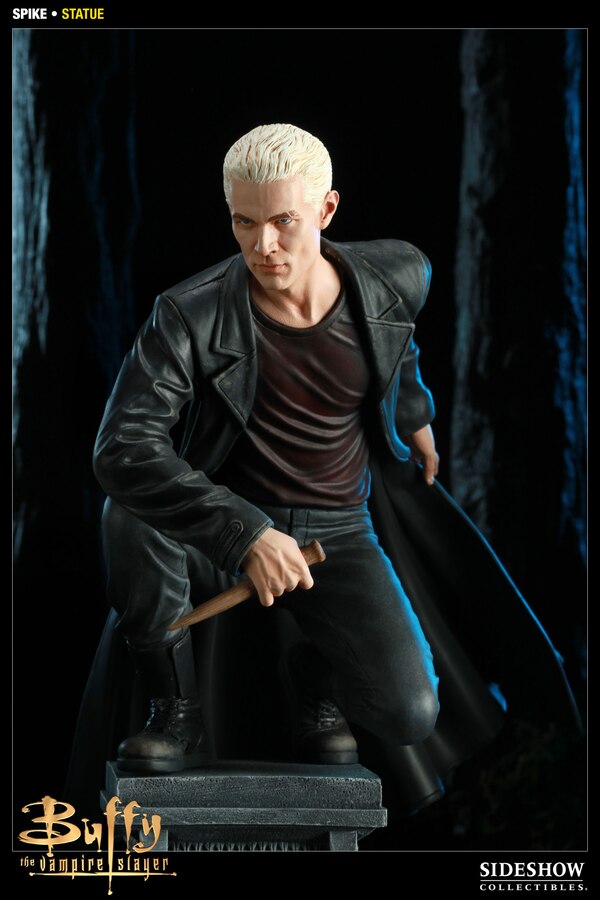 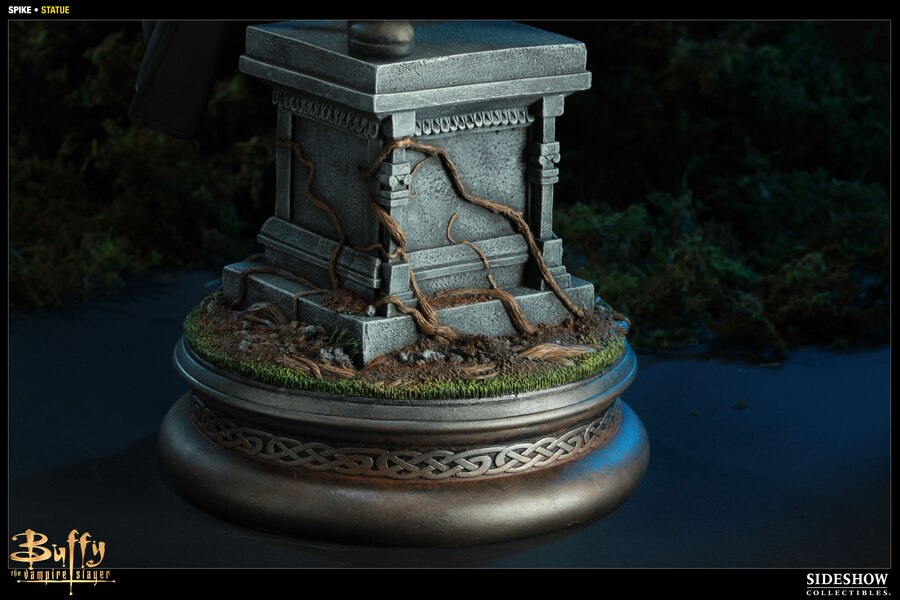 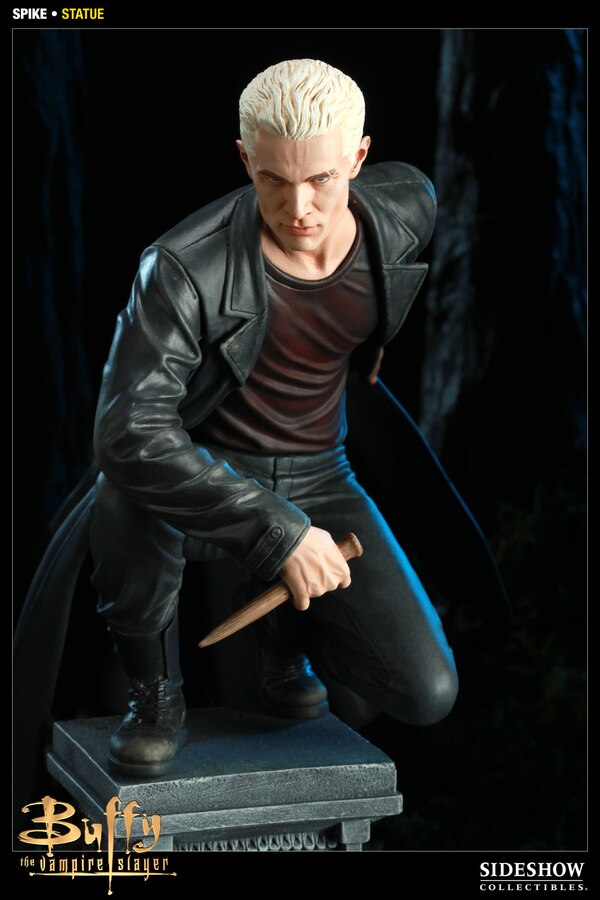