This is the ONLY JAKKS Chuck Liddell prototype in existence which was used to create 150 limited edition Chuck Liddell figures. This unique figure has been autographed by UFC President, Dana White, Co-Owner, Lorenzo Fertitta, AND top UFC fighter, Chuck Liddell. This signed collector’s item will also be the first JAKKSUFC figure ever auctioned.

Who: Everyone is able to bid on this exclusive UFC action figure to benefit Special Olympics

Why: In celebration of JAKKS’ new line of UFC action figures and toys, which hit shelves in late Fall 2009, JAKKS, the UFC, and Chuck Liddell want to show their support for the amazing efforts of Special Olympics, a global nonprofit organization serving nearly 200 million people with intellectual disabilities, by auctioning off a special autographed edition of JAKKS first ever UFC action figure. Through year-round sports training and competition, Special Olympics empowers individuals in more than 180 countries. This auction will directly benefit Special Olympics Southern California, San Luis Obispo Region.

More: “JAKKS is excited about the launch of our new powerhouse line of UFC toys and action figures later this year,” said Stephen Berman, President and COO, JAKKS Pacific. “What better way to introduce our new collection than to raise money and awareness for Special Olympics with this eBay auction. Collectors and fans will be pleased when the much anticipated line is released this Fall.”

“We are thrilled to have JAKKS on board as our first official UFC action figure and toy partner,” said Dana White, UFC President. “The demand and awareness for the UFC is tremendous, and through this relationship with JAKKS, we can present authentic UFC products and have them available to our loyal UFC fans all around the world. We are so thrilled to be taking part in this auction, Chuck is very happy the proceeds are going directly to Special Olympics, San Luis Obispo as he is a big supporter of their cause.”
Image 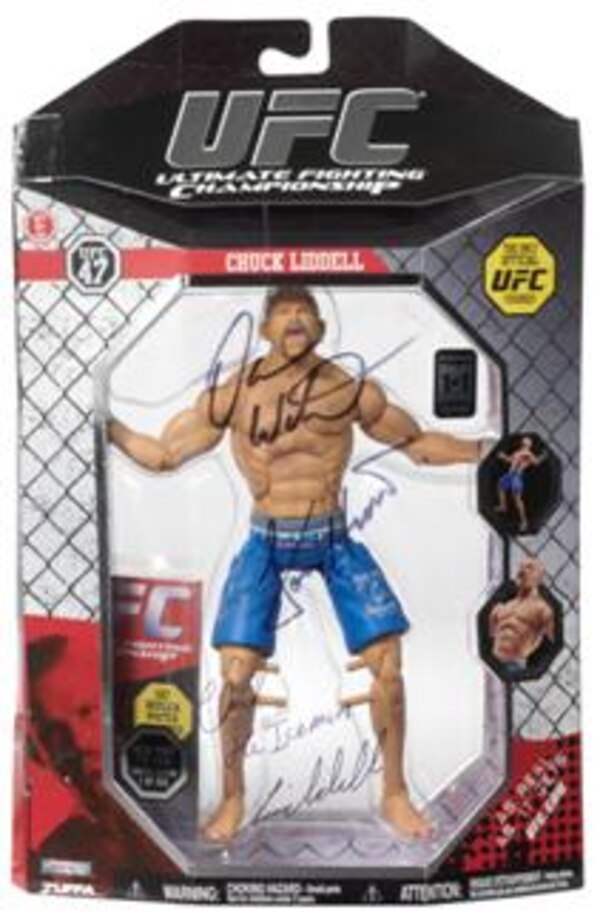