NECA
by Jay Cochran
March 12, 2013
NECA has released new images of a pair of Xenomorph Warriors coming in June. These are based on the Alien Genocide comic books. They feature over 30 points of articulation & stand over 9" tall. Including extending inner mouths, bendable tails, double elbows & knees.

So there will be 3 different ALIEN 2 packs this year. Hicks vs Warrior (blue w/ shotgunned head) Hudson vs Warrior (brown w/ shot up torso) and Genocide comic 2-pack shown below.

They also say there will be at least 13 ALIENS figures released this year. 2 series with 3 figures each, the 3 different 2 packs and a Queen boxed set.

Check out our NECA Gallery from Toy Fair to see the Hicks & Hudson 2-packs.
Image 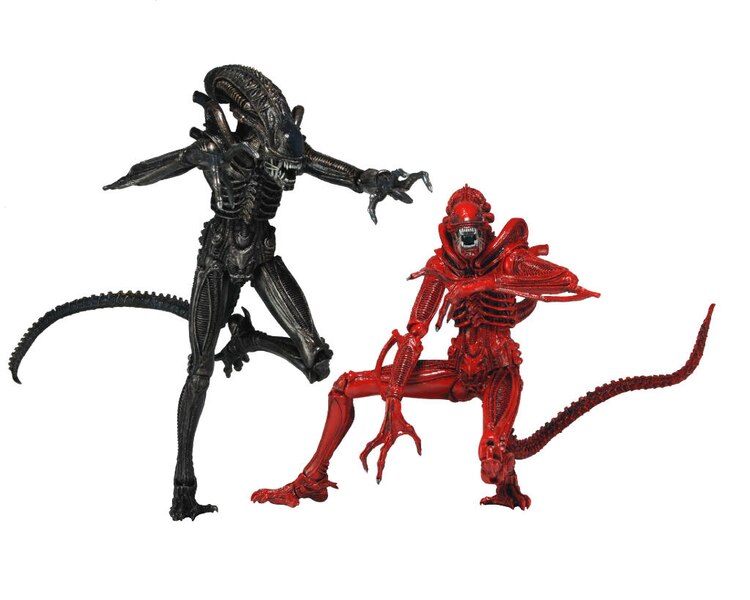