McFarlane
by MISP Steve
August 01, 2007
As usual, the McFarlane panel at SDCC did not disappoint with a full overview of what's coming in 2008 in toy, games, a movie and new comic with Todd himself picking up the pend again to the covers.

When America's funniest family makes their feature-film debut this summer, McFarlane Toys will be there with a complete line of toys inspired by the movie. Homer, Marge, Bart, Maggie, Lisa and other favorite characters add up to pure fun the McFarlane way! Movie Mayhem - Bart Movie Mayhem - Homer Movie Mayhem - Marge Movie Mayhem - Lisa and Maggie Who's Your Daddy? - Homer and Plopper Ships 3rd quarter 2007.

McFarlane Toys, in a licensing agreement with Paramount Licensing Inc., plans to develop and produce action figures for the upcoming motion picture, "Beowulf." Based on the legendary 18th century epic poem, "Beowulf" follows the triumphs and trials of the legendary Norse warrior as he battles mythical beasts, including the monstrous Grendel.

Dragons Series 8 (due in stores January 2008)
The last line in the popular McFarlane Dragons series features four entirely new dragon sculpts and the exciting conclusion to the Dragon story.

3" Military series 1 (due in stores February 2008)
We are proud to offer our popular present day military figures in a brand new scale! The new 6 figure lineup will feature an all woodland camouflage paint scheme to collect and display.

Spawn Series 33 - Age of Pharaohs (due in stores March 2008)
Set in the time of the Egyptians a new Spawn rises to meet his destiny. Features six all new sculpts.


Halo Series 1 (due in stores March 2008)
Master Chief must take the fight to his enemies, and finally put a stop to to the Covenant’s never-ending onslaught.

Military Series 7 (due in stores April 2008)
McFarlane’s Military is proud to showcase our newest assortment of realistic real-world military figures.

** NEW ** Warriors of the Zodiac Series 1 (due in stores May 2008)
2008 is the year of the Zodiac -- 3 series featuring figures inspired by all twelve astrological signs. From Todd McFarlane - and entirely new take on zodiac mythology!

** NEW ** Fantasy Line Series 1 (due in stores May 2008)
McFarlane announces an all new Fantasy based line for 2008. Expanding the McFarlane aesthetic to the fantasy world with all new sculpts, this new brand will introduce creatures.

Elvis Gospel (due in stores May 2008)
From the final song of the ‘68 Special, The King of rock ’n’ roll commemorated singing his first televised gospel performance.

** NEW ** Military WW II Series 1 (due in stores June 2008)
The debut of McFarlane’s World War II-era 6-inch figures features four soldiers from the most pivotal battles of the greatest human conflict in history.

Halo Series 2 (due in stores June 2008)
Through the fog of war, one man stands as the last hope for victory against the might of the Covenant legions.

Mini Dragons (due in stores July 2008)
The latest Dragon offering from McFarlane highlights 6 firebreathing favorites in a new smaller size.

Todd McFarlane has joined forces with writer R.A. Salvatore, Basball Pticher Curt Schilling and game industry veteran Brett close to form 38 Studios. The group will embark on a massive project to launch a formidable MMO game service that is looking to compare with the likes of World Of War Craft. They released their logo and first image from the group show in the gallery.

Todd McFarlane mentioned he's been hanging out with Michael Bay and the two of them were kicking some ideas around till Bay got sucked into the Transformers project. "It's a big, giant movie and at one point had Michael Bay running around town. We were trying to sell it. As bizarre as it was, I've been in many pitches where they don't buy stuff because they're not interested, but this was such so much information and such a big idea for them that they couldn't quite get their head wrapped around it." Todd says he did sign a movie deal with Warner Bros. on that Thursday July 26th, but due to legalities he could not disclose any details at this time.

It was also mentioned that talks have been going on with cable distributors intrested in airing the animated Spawn series again.

If you were at last year's SDCC panel and remember Robert Kirkman challenging Todd to do more comic books, you'll be surprised to learn Todd and Robert were back this year with news of a new comic - Haunt. McFarlane kept his word, if Robert delivered a good idea he would do it and there it is. Todd will be drawing most of the covers with Kirkman working on the story. 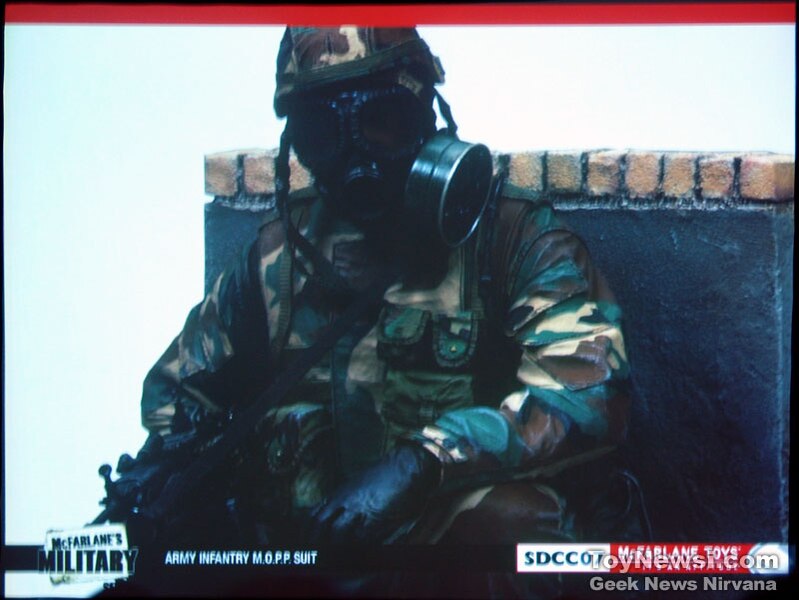 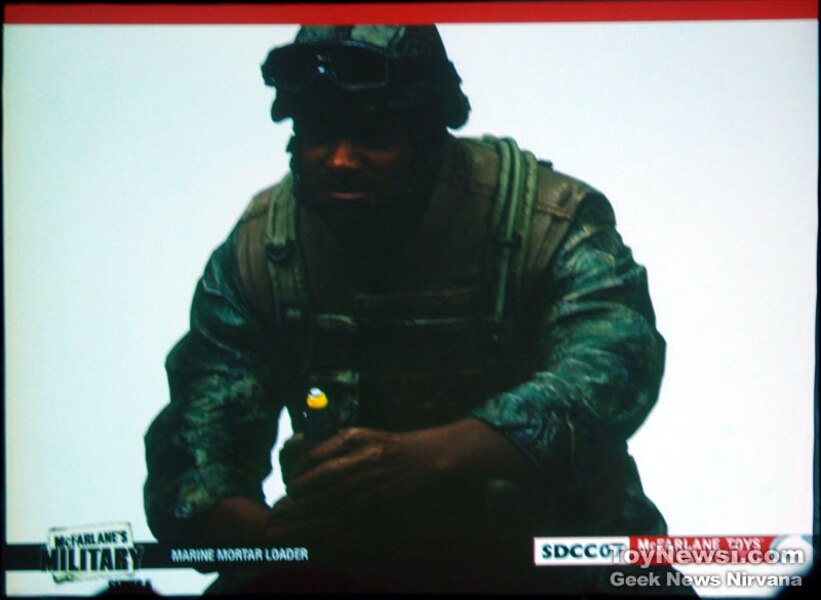 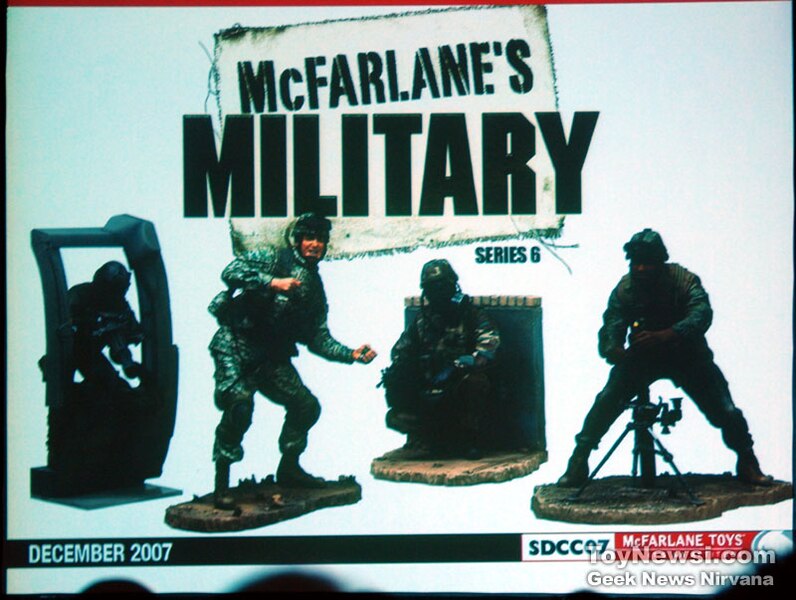 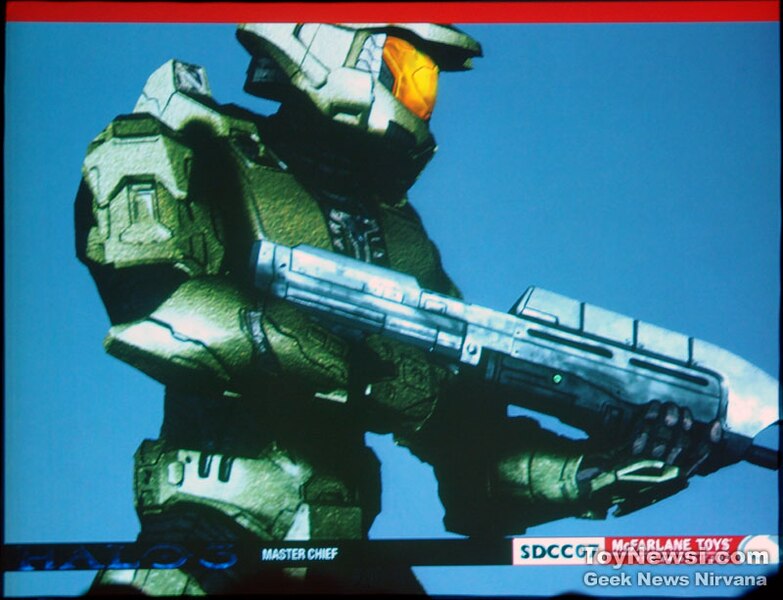 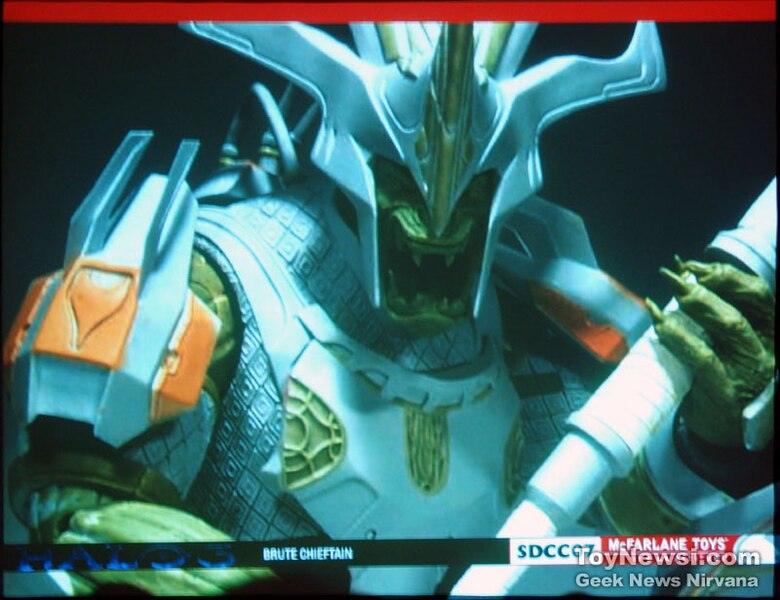 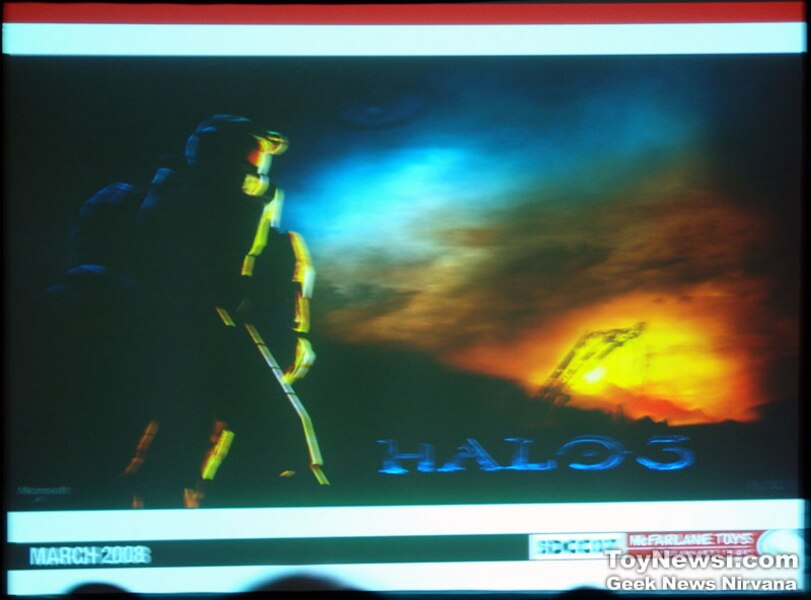 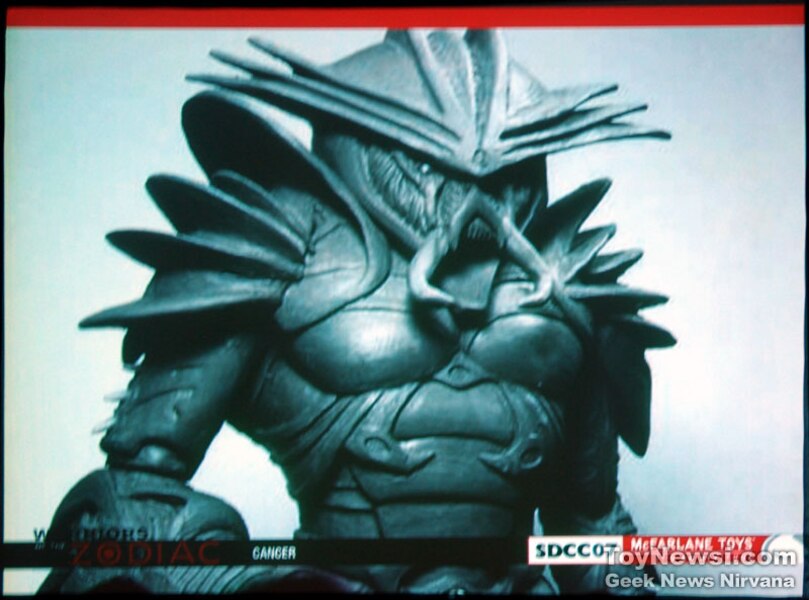 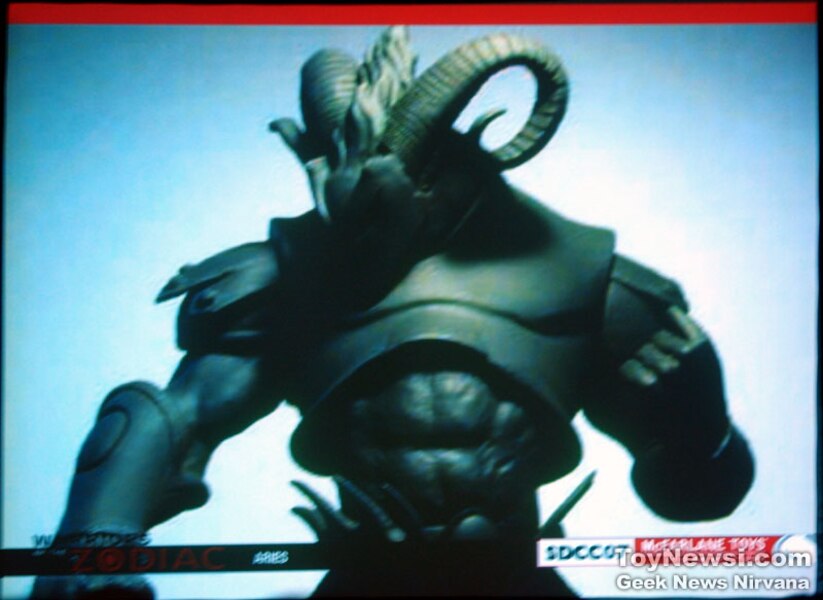 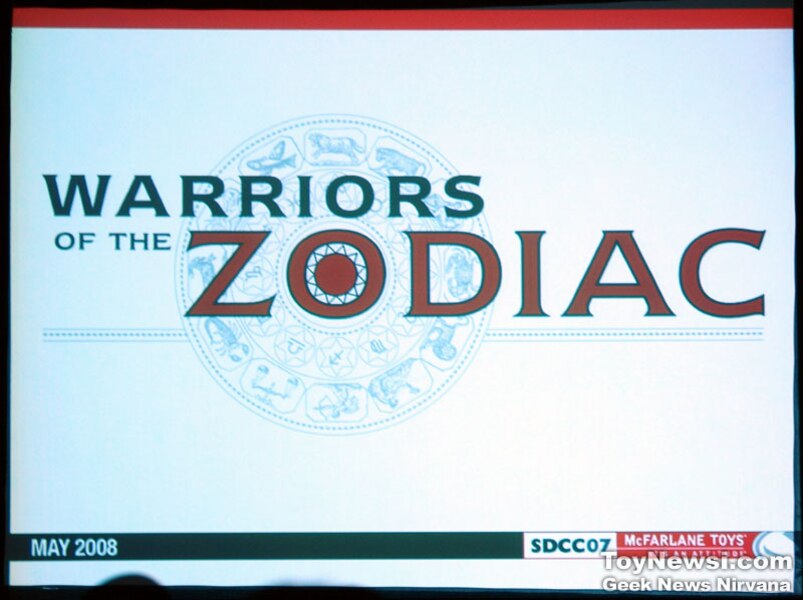 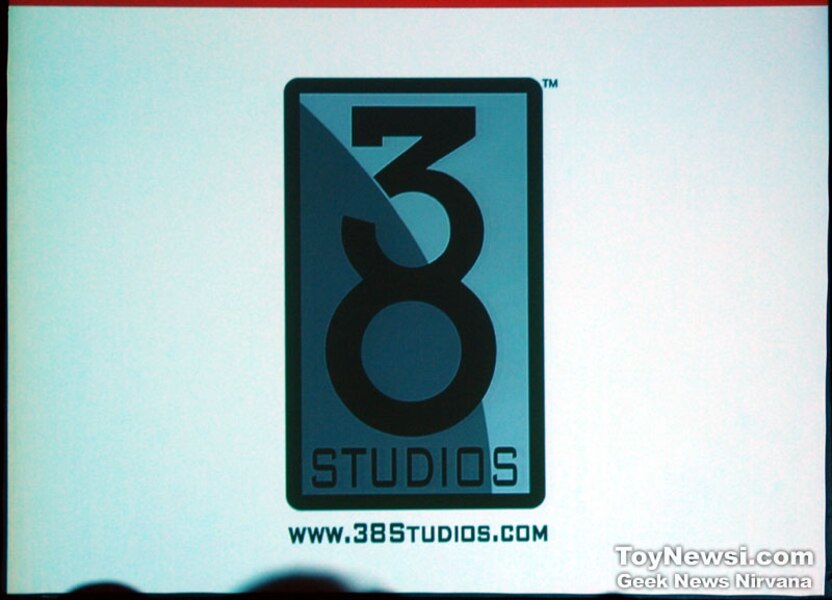 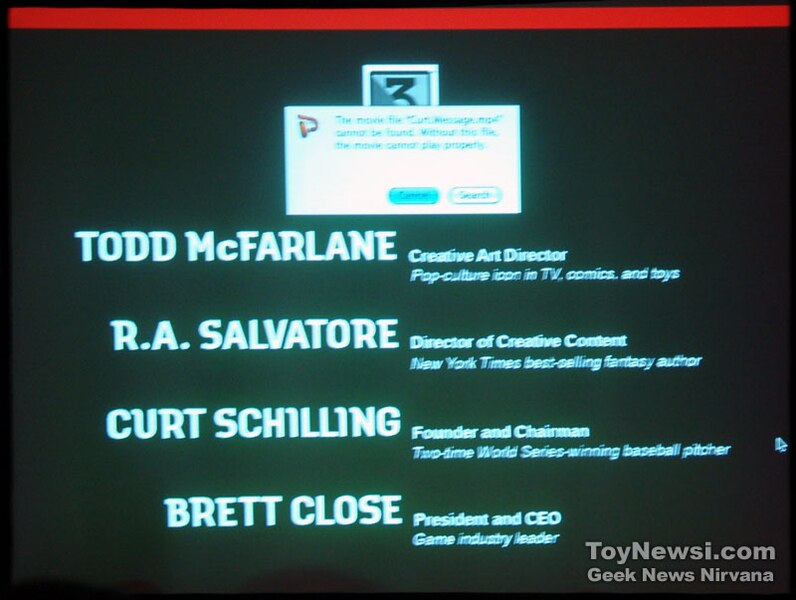 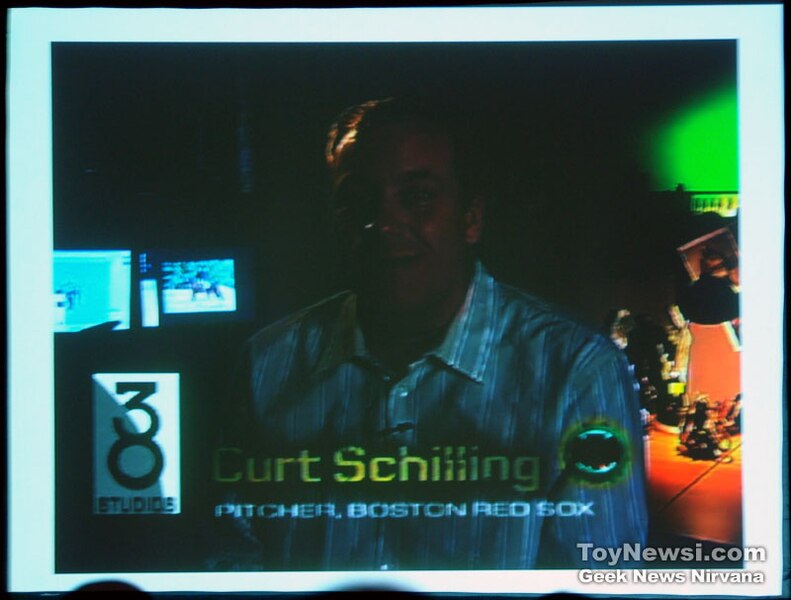 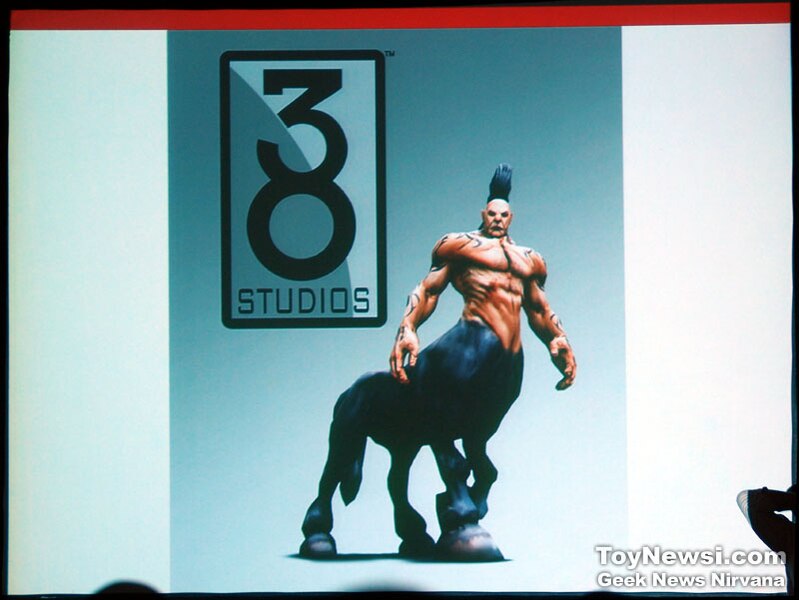 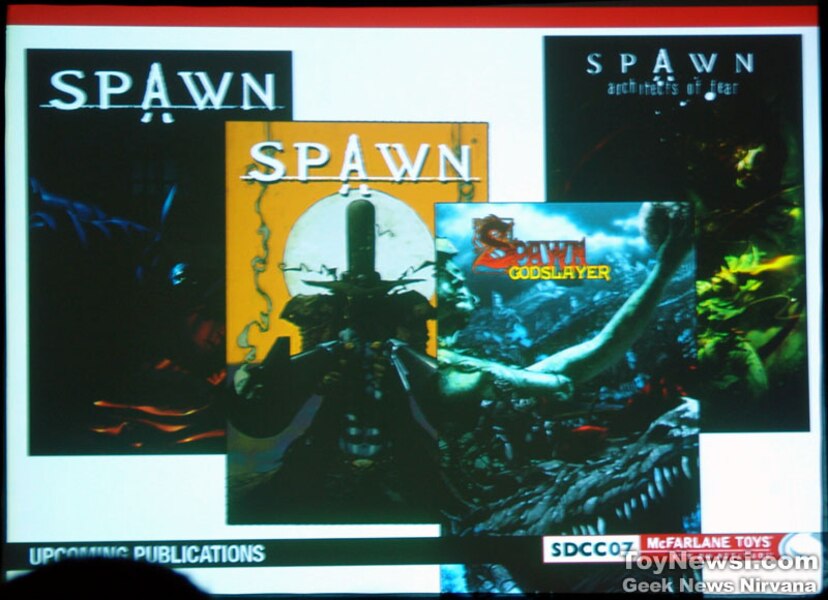 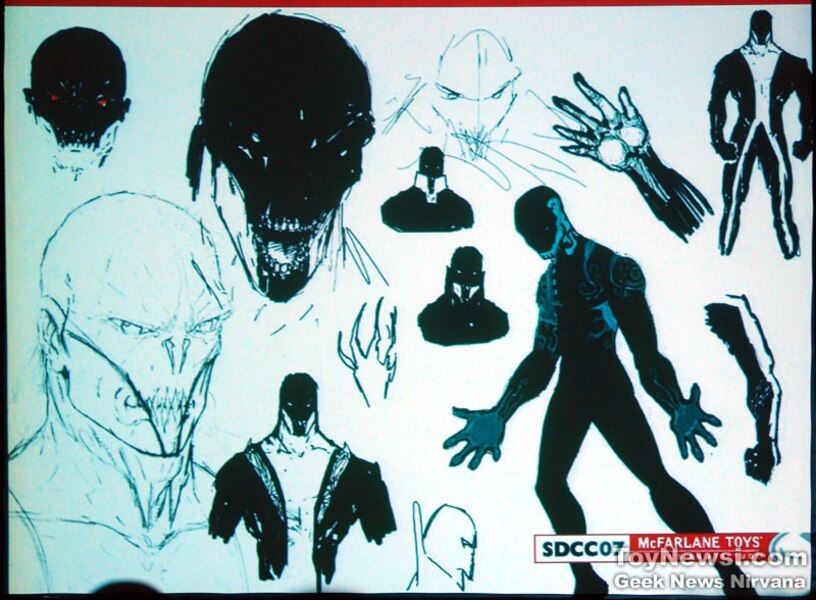 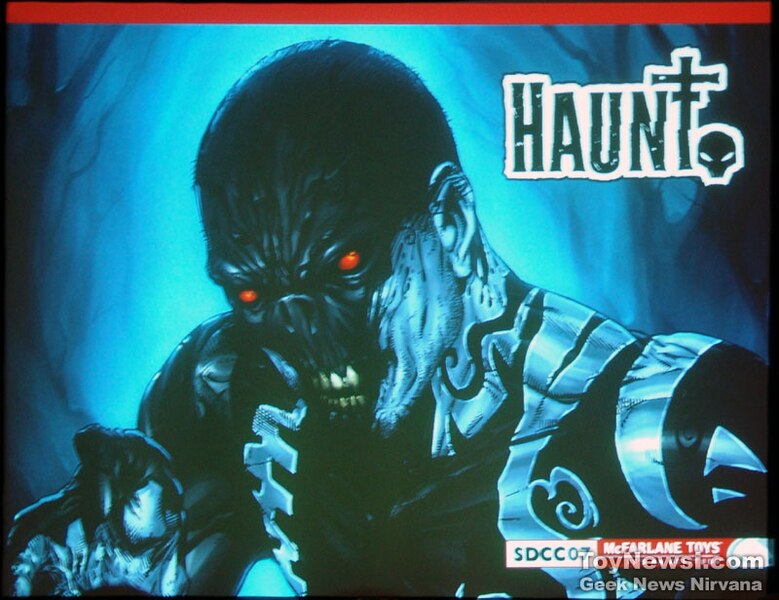 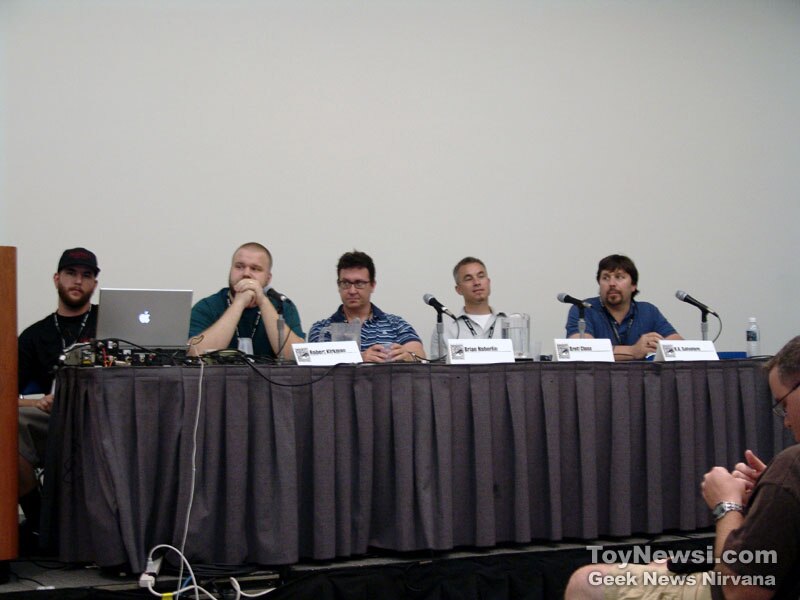