The Walking Dead Comic Series 1 figure lineup includes some of the most iconic characters from the book – Officer Rick Grimes and Michonne, along with some Dead-ly zombie counterparts. This line is perfect for those who can appreciate the smaller things in life…like exploding heads and removable limbs.

These The Walking Dead figures start wandering on to shelves September 2011 at your neighborhood Toys "R" Us, Barnes & Noble, Hastings Entertainment, and comic book stores.

The Walking Dead comic book series tells the story of the months and years that come after a zombie apocalypse. It follows a group of survivors, led by Officer Rick Grimes, who travel in search of a safe and secure home.
Image 1 of 8 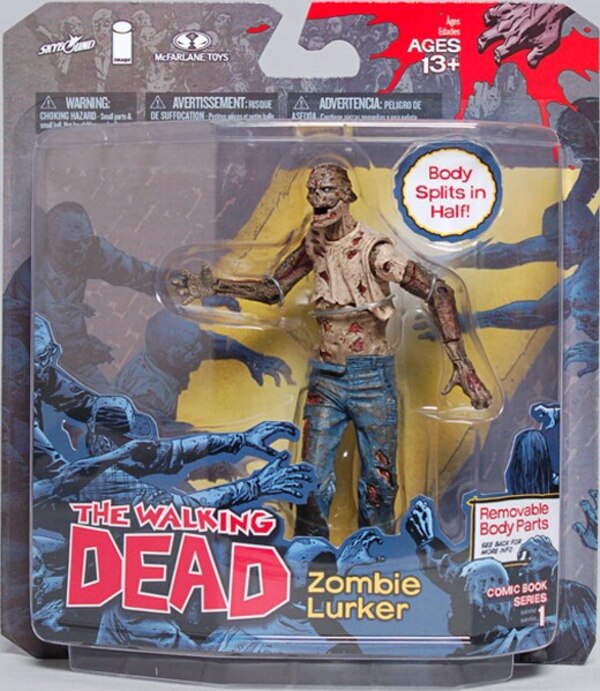 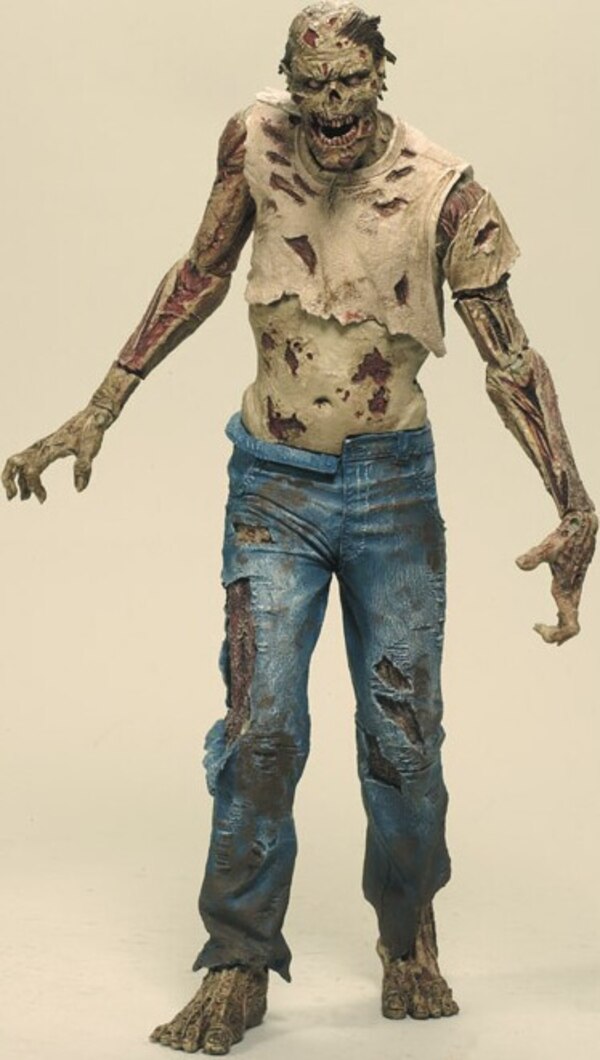 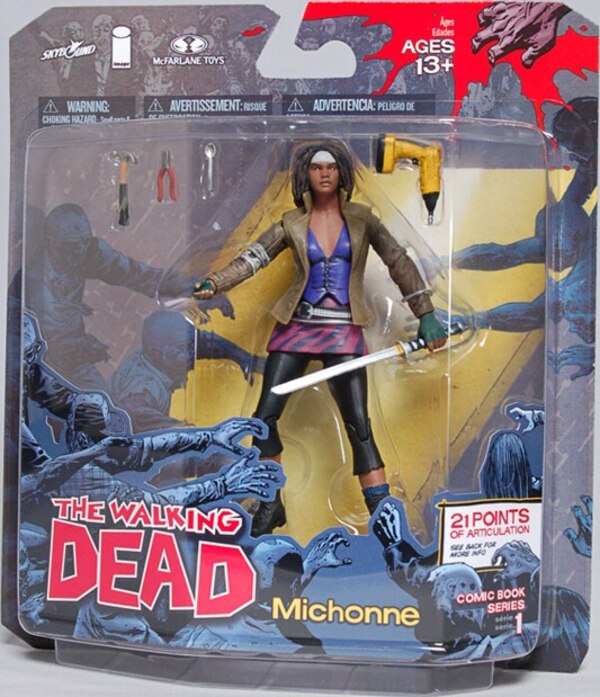 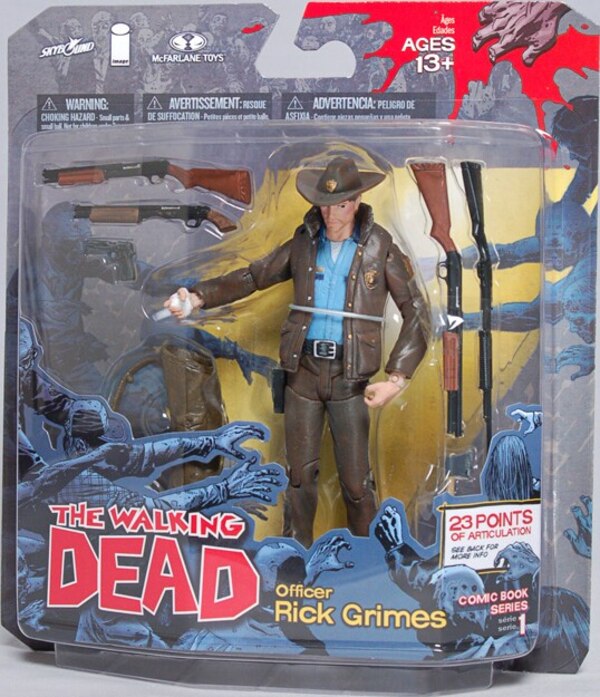 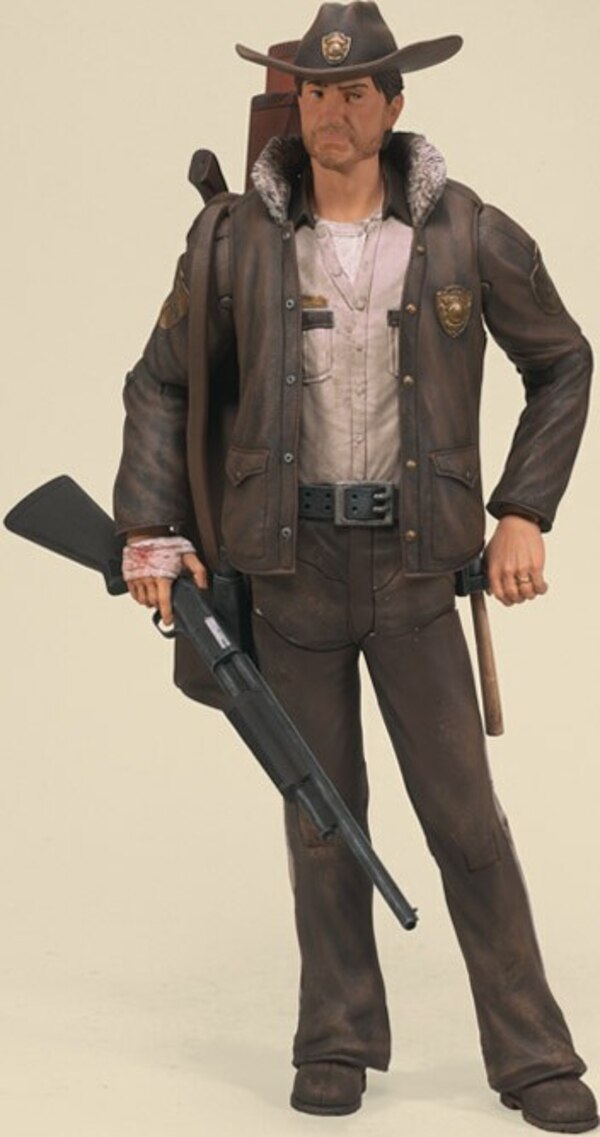 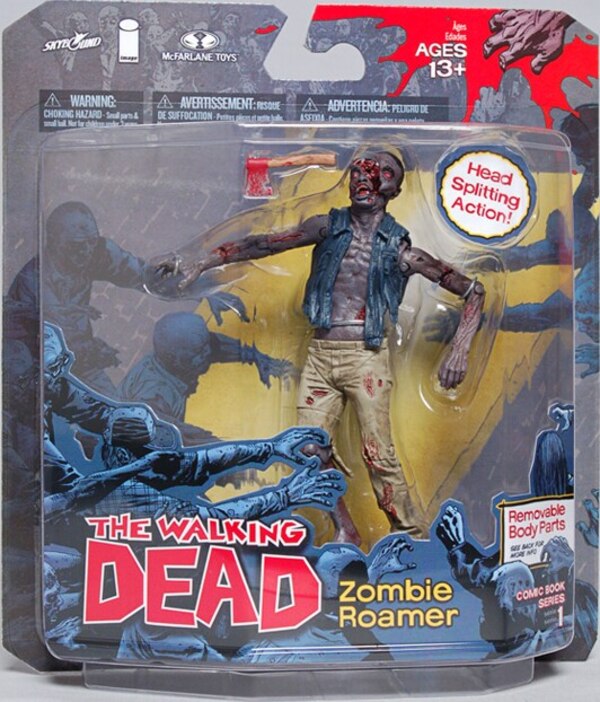