McFarlane
by Jay Cochran
April 04, 2017
One of the most troublesome and difficult Ghouls to capture, "The Gourmet" Shu Tsukiyama, has proven to be just as smart, and powerful as he is fashionable. Coming from a rich and powerful family that has connections within the government, the calculating Tsukiyama befriends hero Ken Kaneki, but does he truly view him as a friend or a potential feast? This upcoming figure which is part of the McFarlane Toys 7" Color Tops line will include a removable Kagune (Tentacle), and alternate masked head. Also include with the figure is a display base. 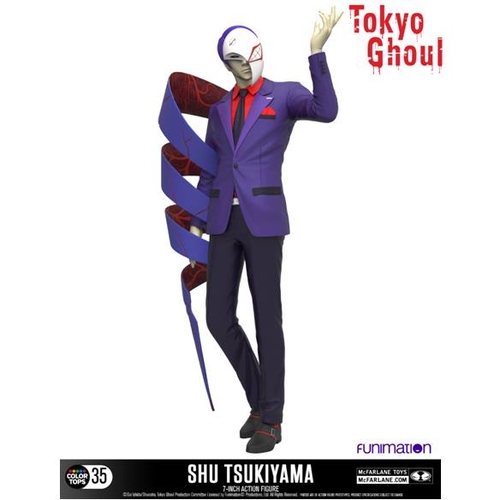 Also look for the Ken Kaneki figure as part of this line. A bookish and ordinary young man, until a dark and violent encounter turns him into the first ever Ghoul-human half breed. Trapped between two worlds, Ken must survive the violent conflicts of warring Ghoul factions, while attempting to learn more about Ghoul society, his newfound powers, and the fine line between man and monster. 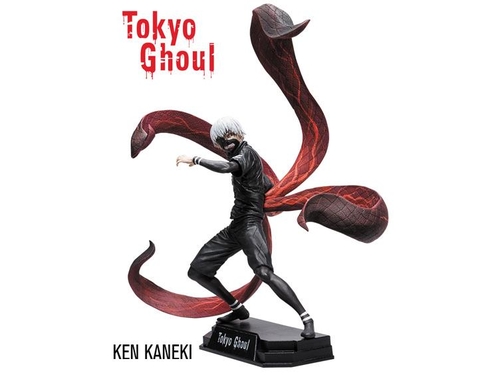 You can pre-order both of these figures from BigBadToyStore.com.