McFarlane
by Jay Cochran
June 04, 2021
First thing, we now have an official promo image from overseas retailer Toys Alley which confirms the news we brought you the other day about the McFarlane Toys Justice League 2021 Batman Platinum Edition chase figure. You can see the version with the googles on the forehead which was originally said to be the regular release version is in fact the chase figure. The figure that has the googles over the eyes will be the regular release. We still have no real idea how readily available the chase version will be.

In other McFarlane news, a Canadian comic book store The Comic Corner is listing a ton of new DC Multiverse and Mortal Kombat 11 figures coming down the pike. While upcoming McFarlane Toys product listings being revealed via overseas retailers and distributors isn't a new thing, we want to note that none of the normal guys that reveal this stuff have listed any of these at this time. I did reach out to the owner of the comic book store who assured me 120% these listings are legit. Never-the-less, since they are an unconfirmed source at this time I would treat these as rumor until we get further confirmation from more known sources or McFarlane Toys themselves.

While there remains to be a fair share of Batman related figures, mostly based on the Three Jokers series, we also see a return of Animated Series figures with Flash along with some pretty cool sounding non-Batman figures such as Power Suit Lex Luthor, Lobo, Reverse Flash, Superboy Prime and a Mega Figure for Swamp Thing. The Joker from the Mortal Kombat 11 video game is also an interesting choice.

Again at this time the only place listing these is the Canadian comic book store The Comic Corner which look like have already removed the listings. So we do stress the RUMOR part on these until we get further confirmation.
Image 1 of 2 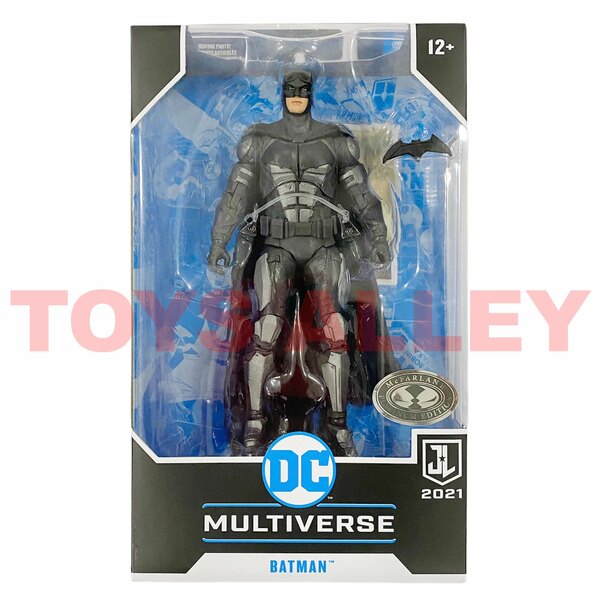 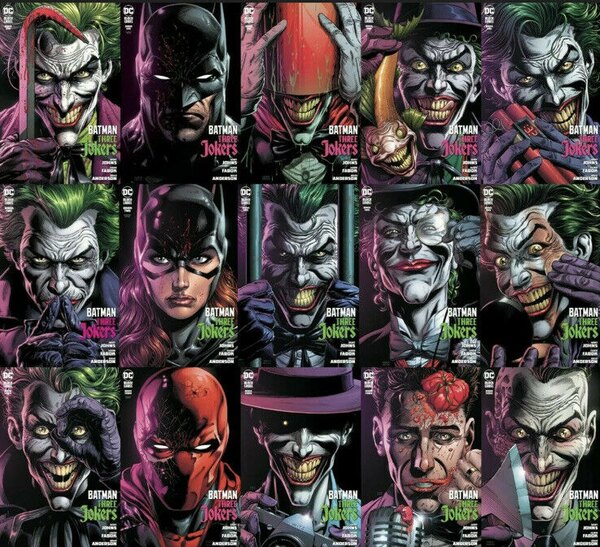 The arm was broken right in the box for mine. I contacted Target and they gave me a 50% refund which was nice. But the response I got from McFarlane customer service was kinda lame. Here's what they said.

"We cannot send a replacement, because replacements are only available if we have figures left over after sending them to vendors, licensors, reviewers etc, and unfortunately, we don't have any.

We only order a limited amount to be sent here and wont be able to order more since the production run is over.We do apologize for the inconvenience."
Batfreak87 - 2022-01-16 @ 8:24 am

Shown below via Asoka the Geek are in-hand images for the new DC Designer Edition Batman Year Two 7" figure from McFarlane Toys which is being released as a Target exclusive.The figure has the cemetery base as well as the hard plastic stylized cape and the soft-goods one. Target has had some issues with this one having canceled many of the initial pre-orders for it. The figure is currently sold out but has periodically been re-listed since it originally went up weeks ago. It's still not know when the figure will see actual release. This one was provided by McFarlane Toys for review purposes.

Yeah, this Batman shouldn't be so tall next to Superman lol.

Thanks for the news. I got screwed the first time. I'm done with McFarlane Toys, especially when McFarlane Toys would rather jack up the prices with dioramas instead of accessories.

What's crazy is sometimes the background piece has the card and the stand attached to it, so even if you wanted to keep it you can't because it'll be ruined unless you keep those pieces inside lol.

I'm passing on the year 2 bats, when mine came in it was broken with its arm and one other arm came loose real fast in my hands. The neck peg doesn't move well and the cloth cape stitching came apart easy. Boots are inaccurate. Def a pass not worth 50.

I was able to again order one, the regular version, by clicking on my canceled order link in the Target app. Will I actually get it? No idea. Not a man of hassle anymore though, so whatever.

You can only buy one. If you buy two, Target will cancel the second purchase. FYI. Limit one per customer unless you can purchase as another person.

Look out for the chase version of this target mcfarlane batman: Eyes look to the left. Plus the double chase variant: eyes looking to the right.

Signed is sold out but the Unsigned is still available...

What happened with this going up at 11 AM Eastern? It went up way before and now I missed the signed one again. I got the other at least.

Thanks for the heads up and the links...woke up late at 8:10 and still got a signed and unsigned...still 2 left unsigned on the site