Diamond Select
by Jay Cochran
April 06, 2011
DSTChuck has released a new Diamond Select Toys Q&A over on their Art Asylum website for your viewing pleasure.

In this weeks edition focuses Miscellaneous questions. Check out the entire Q&A below:

A.P.
Just wanted to say, I love what you have been doing with the Universal Monster Select line. I don’t mind the lack of articulation if the sculpts are good, likenesses captured, and paint job is great. I bought the line with hopes that it would expand and be as great as the first wave; which is why it was so shocking to see the head sculpt on wave 2’s Dracula. . . I mean…what happened? The Mego Drac seems to have the Lugosi license, but the 7inch figures look. . . .way too modern. I was looking forward to a classic Lugosi Dracula (cause that’s the whole point of doing them, right?) I can’t see buying a GQ model in a cape. Any plans to retool this guy? Because the other figures look too great to have Count Dracula be their weakest link.

DSTChuck: I am very sorry but we do not hold the rights to almost any of the actors likeness. The figure is not even in production yet so I think it’s a little too soon to talk about re-doing the figure. I hope you like the figure when it comes out.


Agent 86
Dear DST, 1. Spartacus: Blood and Sand The Executive Producer of Spartacus: Blood and Sand and Spartacus: Gods of the Arena, Steven S DeKnight wants action figures for Spartacus. And so do I. Is there any chance that DST will pursue the licence from Starz to make action figures for Spartacus? 2. Femme Fatales Is there any chance that DST will be announcing some higher profile Femme Fatale characters in the future? I was hoping we might see major characters like Buffy: The Vampire Slayer in the series. Thanks you.


Roddy DeHart
Ever though of doing a series of figures from JJ Abram’s Fringe? Like Walter Bishop, Peter Bishop and Olivia Dunham?

DSTChuck: Sorry, we have no plans to look at Fringe.


David Howder
I seen on a website(REDACTED) that along with Classic versions of Captain America and Thor, that there will be Marvel Select figures of Hawkeye and Black Widow. My question is are the Hawkeye and Widow going to be based off the comics or the movies?

DSTChuck: David, right now we are not working on anything for the Avengers movie.


Chris Hauck
When will we see about the new photos of the Munsters, especially from lilly and accessories thank you

DSTChuck: We’re going to list them for preorder in the May issue of Previews and from time to time after that we’ll be showing newer photos, hopefully we have some great stuff to show at SDCC.


Rafael Rodrigues
Hello! Is it possible, a Marvel Select: Psylocke - Uncanny X-Force costume ? She’s been voted the Favourite member of the team. I’d love to have her!!!!!!


Raphael Santiago
Any chance we’ll be seeing a Sentry Marvel Select figure? Or Ares? or any Dark Avenger for that matter. I love Marvel Selects!

DSTChuck: Glad you like the line but no I don’t think we’ve had any serious discussions about any of those.


Chris Harden
Have you guys thought of acquiring the rights of the crossgen comics characters also will we ever get a corset Emma,jean & Selene is the phoenix [Green,red,white], warbird ,Moonstone & Jim lee jean grey and Psylocke !!!!

DSTChuck: We talked to Crossgen many years about product but nothing since back then. I think of that list Psylocke is the most likely.


B’ R
Hey guy, I’ve got a couple Qs this month… 1. Do you have any release date updates for the FIRST CLASS line? Like when we’ll be able to preorder? Also- have you given any more thought to possibly adding banshee? The new (Russian) trailer shows a lot more of him. 2. Speaking of minimates- any plans on expanding the “new mutants” wave? I have all so far, but I’d like to see maybe anole and rockslide perhaps? 3. Lastly- I know this is pretty advance, but I was so bummed to hear that you wouldn’t be doing any marvel select for First Class, so I was wondering if there were any plans for the new spider man reboot?… I would just like to add that I saw the 8″ Thor by hasbro in stores- and wow does it suck- thank the thunder god for you guys!!

DSTChuck: Here you go! Produciton on the Minimates is moving right along, we’ll have package pictures on the Art Asylum site very soon. We’re still thinking it will be in TRU in time for the movie in June. At some point we’re always looking at adding characters to round out teams we’ve already started. We’ve JUST started to talk to Marvel about the new Spider- Man movie as well as Avengers – so cross your fingers.


Jim My
Hello. I’ve got 2 “astonishing” questions, I saw in the vampire vs. Marvel series there’s a wolverine as seen in the new astonishing x-men, and I was wondering if there were any plans to make a beast, storm, armor, or Emma? And secondly I was wondering if you’d ever given thought to an astonishing marvel select figure, and if so, who?

DSTChuck: Jim, We’ve not really thought about any of those but well be turning our attention to the planning for the very end of 2011 and 2012 very soon.


T C
Do you ever forsee MS getting to the point where they can offer multiple figures on a monthly or bi-monthly basis instead of 8-9 figures per year currently? When will we begin getting some classic Avengers in MS? Any chance of a Vision and Black Panther? Will there be a variation of Thing released at some point utilizing the blue pants/white boots (80’s) or even new (bare)legs to reflect his classic trunks only look? Are there plans on releasing the other 3 members of the F4 to display with the Thing? We NEED more classic Marvel in MS. Thanks and keep up the great work.

DSTChuck: TC no sorry, its our goal to release nine Marvel Select figures a year and after doing this for a while we’re thinking that’s a good number. I don’t think we’re going to making a new Thing for some time and while I do like those ideas for Avengers we’ll have to see how the movie deal shakes about before we commit – if we do the movie that might be a version we’d want to do for now rather than comic.


Blanka FromRoomX
With the Munsters line coming up this year…is it possible for us to in the near future get, say…I don’t know..another different…. kooky, creepy, all-together spooky Family *snap snap*? I hope to God you know what I’m talking about. It’s wanted. Trust me, there is a demand for it. For the entire family.

DSTChuck: We’d have to see, so far the Halloween products did well for us so if the Munsters does well and a UM stays strong it would only make sense to look at more properties in that genre. 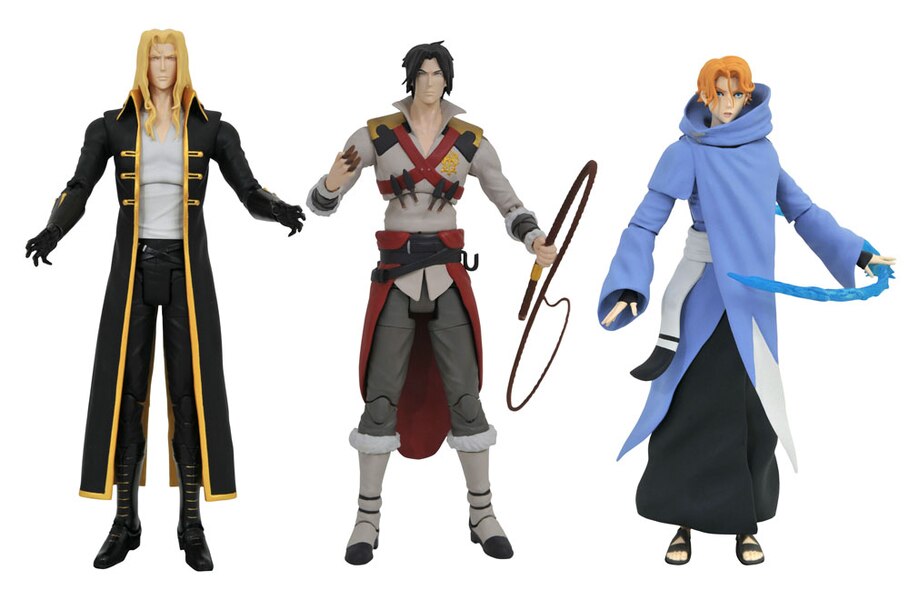 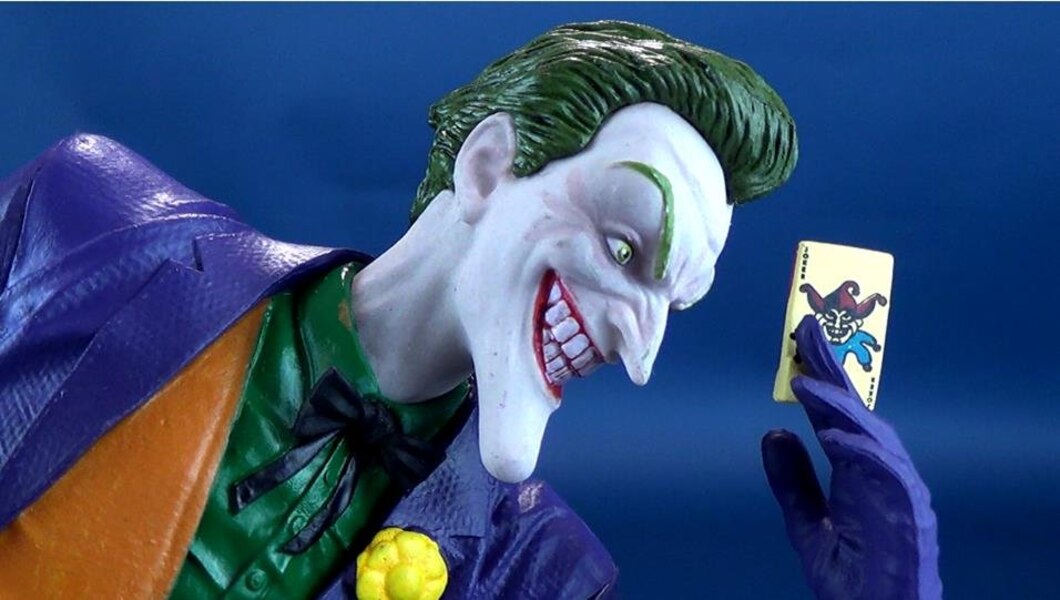 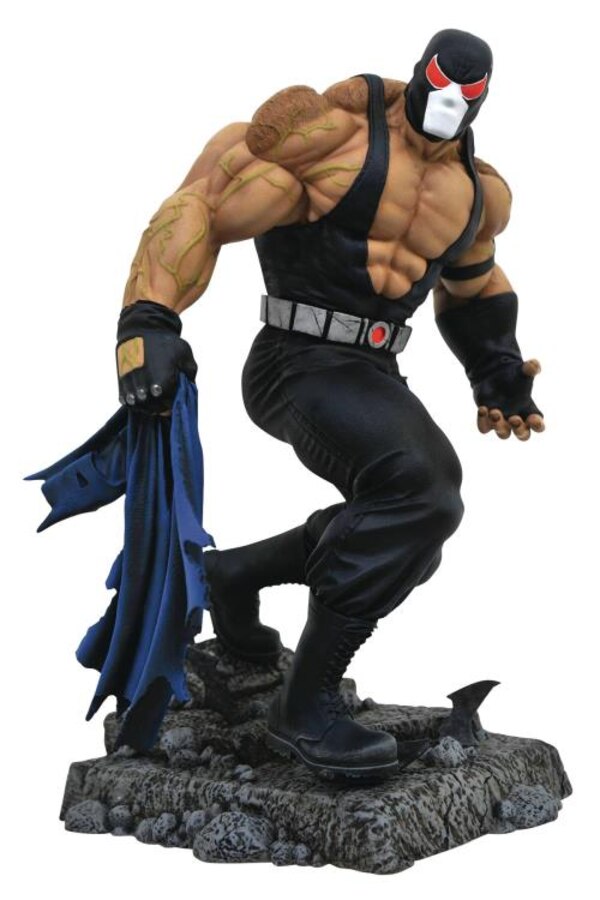 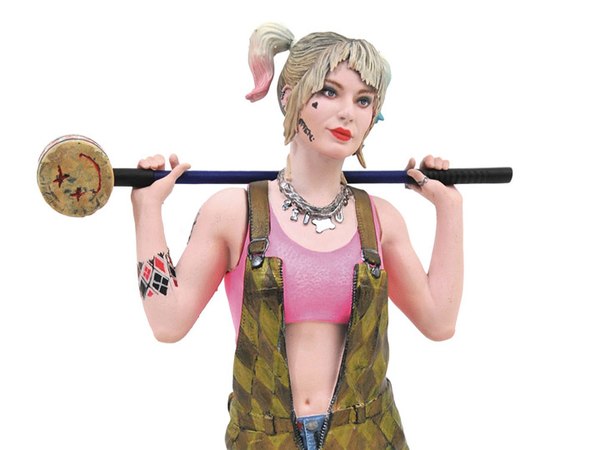 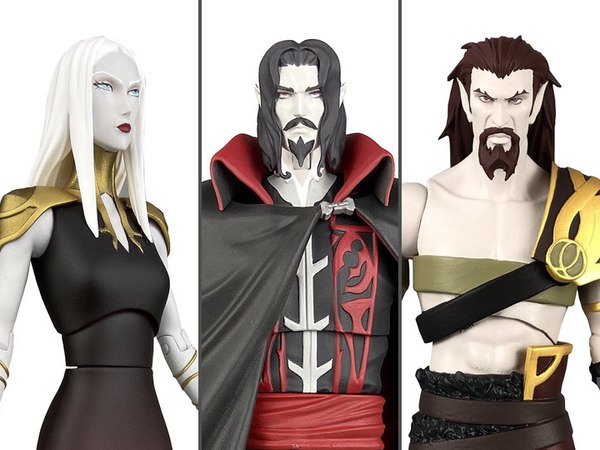