More Universal Monsters Merch is Heading Your Way for Halloween

Diamond Select
by Jay Cochran
July 31, 2013
For three years, Diamond Select Toys has done its best to scare you out of your wits every Halloween, with new toys and collectibles based on the classic creatures of Universal Studios' Universal Monsters library. Well, this year is no different, because DST has new action figures, retro-style figures and vinyl bust banks coming to stores starting in September!

First up, Universal Monsters Select will bring you two brand-new 7-inch figures, with plenty of accessories, some cool bases and oversized display packaging. One is of Lon Chaney as Quasimodo, from The Hunchback of Notre Dame (1923), with removable cape, crown and sceptre, as well as a keen gargoyle base. The other is Boris Karloff as Dr. Jekyll from Abbott and Costello Meet Dr. Jekyll and Mr. Hyde (1953), with a removable, hat, coat and cane; interchangeable Mr. Hyde head and hands; and a lab table base with lab equipment. These deluxe figures will be exclusively available at comic shops and specialty stores starting in October, along with the previous offerings in the Universal Select series: Dracula, Frankenstein, The Mummy, The Creature from the Black Lagoon, The Metaluna Mutant and the Phantom of the Opera.

Around the same time, Toys "R" Us will receive Universal Monsters 7-inch Action Figures Series 4, which will include more streamlined versions of the two Select figures, as well as an exclusive character. Quasimodo will come a stone base instead of the gargoyle; Mr. Hyde will come without the Dr. Jekyll parts, and with a rooftop base in place of the lab table; and the exclusive character will be a Mole Person from The Mole People (1956), with a mushroom-covered base.

To honor the black-and-white tradition of the Universal Monsters film library, last year's 7-inch figure assortment will make its triumphant return in monochrome, as the third Universal Monsters Legacy Series Box Set! Grayscale versions of the Phantom of the Opera (1923 masked version), the Invisible Man and the Metaluna Mutant from This Island Earth (1955) will arrive in a window box at comic shops and specialty stores in October.

Universal Monsters 8" Retro Action Figures Series 4 will arrive this October, with classic movie monsters rendered in the style of 1970s cloth-costume action figures. This year's offerings include the Metaluna Mutant, and Lon Chaney as The Phantom of the Opera (1923). Look for these at comic shops, specialty stores and Toys "R" Us.

Finally, October will see two new Universal Monsters Vinyl Bust Banks arrive at comic shops and specialty stores, the Bride of Frankenstein and Lon Chaney, Jr. as the Wolfman. Each stands 7-10 inches tall, and has a coin slot in the back, as well as an access panel in the base.

Continue your Universal Monsters collection, or start a new collection today with DIamond Select Toys! Pre-order now at your local comic shop or your favorite online retailer!
Image 1 of 5 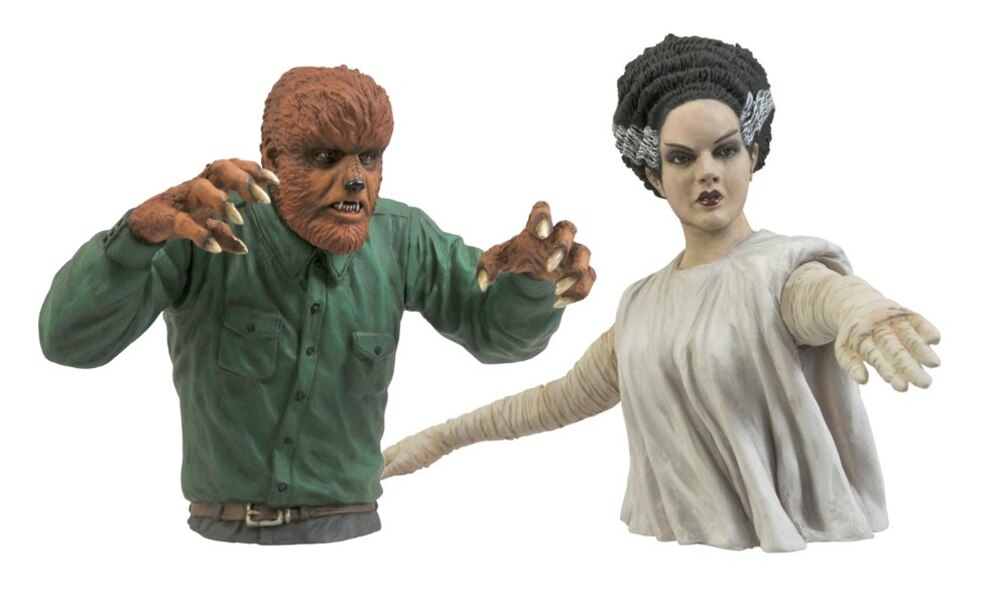 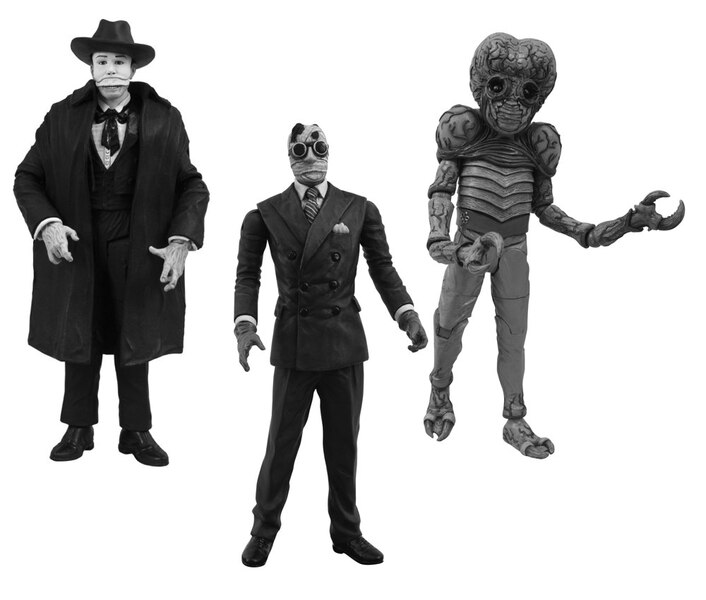 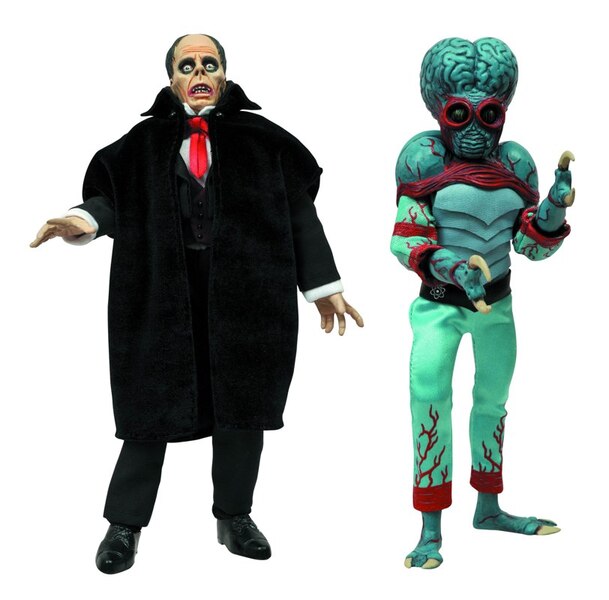 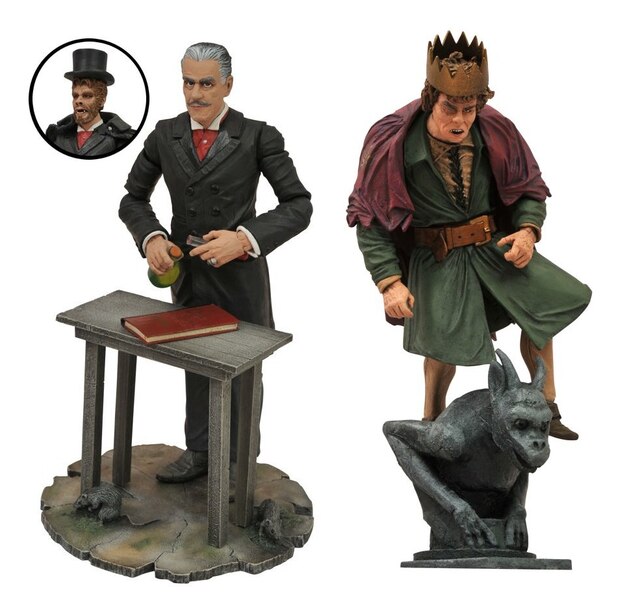 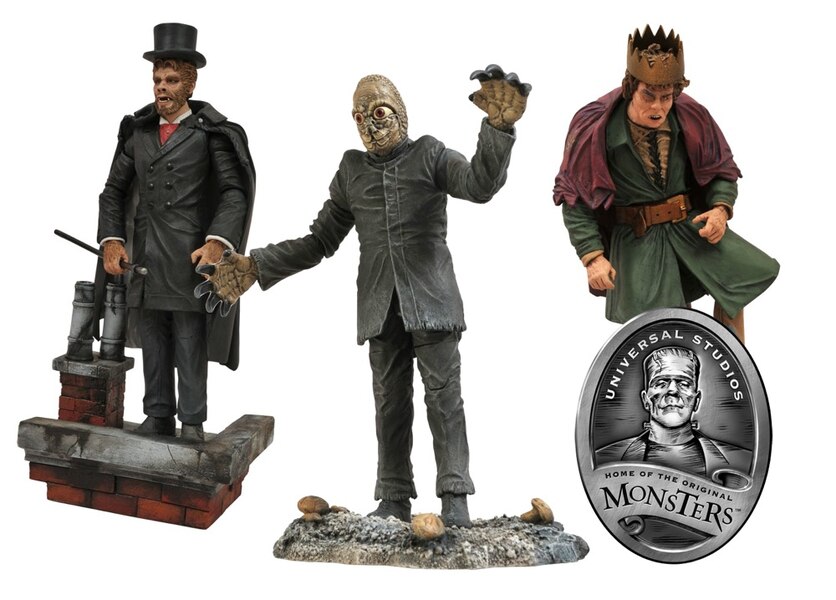