World Debut: Jay & Silent Bob Strike Back Cocknocker Retro Action Figure
A Diamond Select Toys Release! Rescued from the DST warehouse and being sold for the first time anywhere, Cock-Knocker is making his debut at SDCC! Originally made in 2001 for the release of the Bluntman & Chronic movie, this 8-inch, cloth-costumed figure of Cock-Knocker was believed lost forever... until now! In scale to the other two releases in the line, Bluntman and Chronic themselves, Cock-Knocker has one giant fist and his energy sword, and is the missing piece in any Bluntfan's retro-style figure collection! Packaged in resealable clamshell packaging with full color artwork. Designed and sculpted by EMCE Toys! (Item #FEB148248, SRP: $20.00)

SIN CITY SELECT: BLOODY MARV SDCC 2014 EXCLUSIVE ACTION FIGURE
A Diamond Select Toys Release! Sculpted by Jean St. Jean! With a new line of figures based on the groundbreaking film hitting stores soon, DST is pleased to present their limited-edition exclusive Sin City figure for SDCC: Bloody Marv! This version of Marv features a unique paint scheme, with a bright red spatter of blood standing out against his black-and-white face and clothes. Marv also comes packaged with a sculpted diorama display base and a variety of deadly accessories he'll need on the streets of Sin City, all packaged in the famous Select display packaging, complete with spine reference artwork. This SDCC 2014 edition is limited to 1,300 pieces.

GODZILLA: BURNING GODZILLA SDCC 2014 EXCLUSIVE VINYL BUST BANK
A Diamond Select Toys Release! Sculpted by Gentle Giant! Godzilla is more than just a giant lizard – he's also a walking nuclear reactor! This new, limited-edition vinyl bank of the King of All Monsters depicts him as he appeared in 1995's Godzilla vs. Destoroyah, when his atomic heart began to overheat. With an all-new black-and-orange color scheme, this 8-inch bust bank features collectible-quailty paint applications, as well as a coin slot on his back and an access door in the base. Packaged in a clear polybag. This SDCC 2014 edition is limited to 1,000 pieces.

THE WALKING DEAD MINIMATES: DAYS GONE BYE B&W SDCC 2014 EXCLUSIVE BOX SET
A Diamond Select Toys Release! Designed by Art Asylum! The Walking Dead has reached its 125th issue, and is still one of the top-selling comic books in America! DST is commemorating the anniversary with a four-pack of key characters and zombies as they appeared in the very first story arc, "Days Gone Bye." Rick, Shane, Glenn, and a Zombie all appear for the first time in glorious black-and-white, just like the comic book! Each fully poseable Minimate mini-figure stands 2 inches tall and features interchangeable parts and accessories. Packaged on a full-color blister card. This SDCC 2014 edition is limited to 3,000 pieces.

Star Trek Battle Damaged USS Excelsior SDCC Exclusive Electronic Starship
A Diamond Select Toys Release! All hands brace for impact! The U.S. S. Excelsior has engaged the enemy, and it shows in this new battle-damaged edition of the original Excelsior-class starship! With new paint applications showing damage from the Battle of Khitomer, this limited edition of 100 ships will only be available at Comic-Con! Push a button to light up the bridge, deflector dish, impulse engines and warp nacelles, and trigger dialogue by George Takei as Captain Hikaru Sulu! Limited to 100 pieces. Packaged in a window box with try-me feature. Designed and sculpted by Art Asylum! (Only available at Booth 2607, $70.00)


They will also be releasing a X-MEN DAYS OF FUTURE PAST COMIC MINIMATE BOXSET.


For a complete list of SDCC exclusives make sure you visit the Diamond PREVIEWSworld Booth #2401.
Image 1 of 5 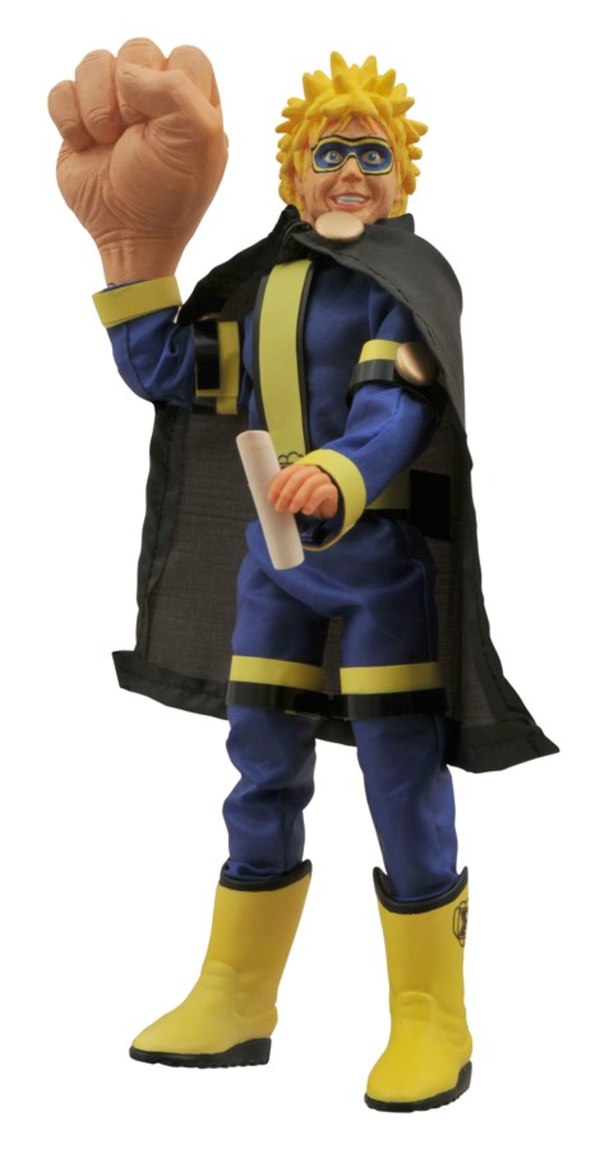 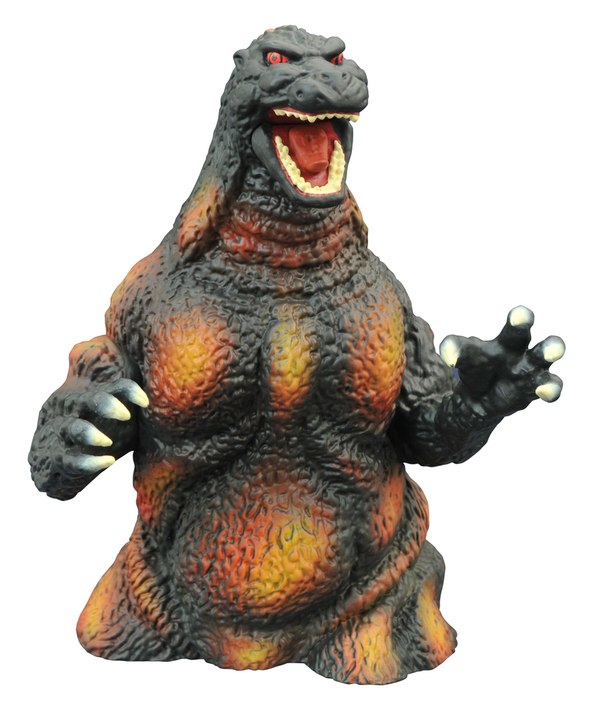 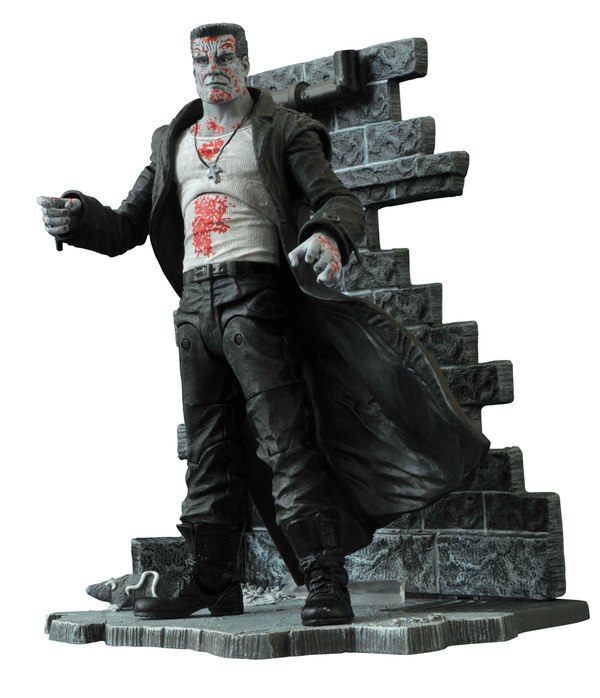 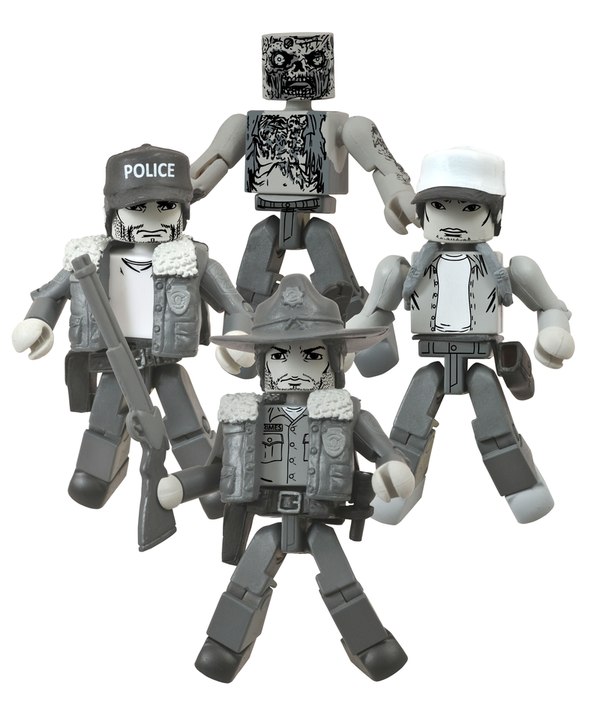