Mezco
by Jay Cochran
January 14, 2009
Mezco continues to plumb the depths of terror with the fourth series of its Cinema Of Fear line of seven-inch scale action figures. The new wave of evil contains:

Freddy- Dressed in a surgeon outfit as seen in his fourth film. Freddy comes complete with pizza topped with the faces of the damned, a bone saw, and an alternate head with surgical mask.

Jason- As seen in part three, everyones favorite unhappy camper comes with harpoon gun, pitchfork, and signature machete. Jason also includes an alternate head with an ax that fits in the gaping wound, along with an arm freshly hacked off a recent victim.

Debbie- One of Freddys many victims; Debbies fear of roaches was used against her with terrifying results. Debbie comes complete with a set of severed arms and a bug hotel.

You can pre-order the Cinema of Fear Series 04: Set of 4 now at BBTS.
Image 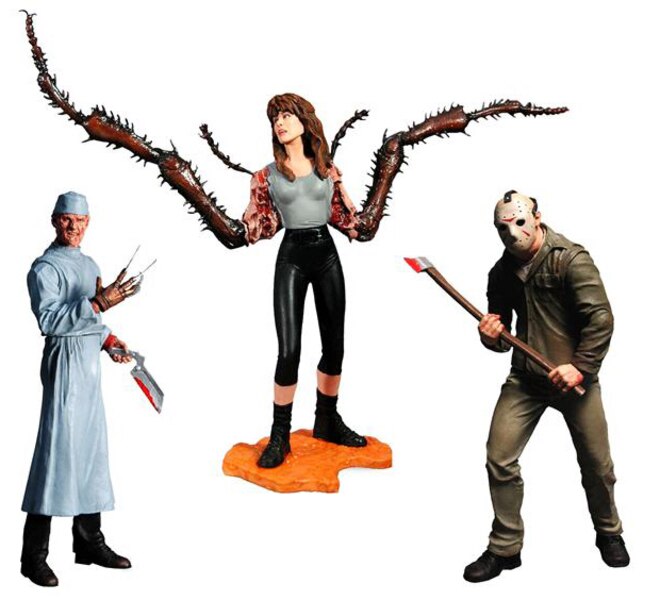