Mezco
by Jay Cochran
June 02, 2014
Brush off that grave dust and gather around out under the moonlight as Mezco reveals a new Living Dead Dolls Sumer Exclusive: 16th Anniversary White Posey.

Just in time for her 16th birthday, Posey, one of the most popular Living Dead Dolls, gets a makeover with a new ghostly white look. Standing 10 inches tall, she comes complete with a white rose and a special poly resin tombstone Posey come packaged in her own coffin with death certificate. The original Posey was introduced in Series 1, so it is fitting that during the 16th anniversary of the Living Dead Dolls she would rise from her crypt with a new look

This Mezco Summer Exclusive is a Limited Edition. A limited amount are available online, beginning June 13th, but don't delay because once they are gone, they are gone forever! Be sure to visit Mezco at San Diego Comic Con at booth 3445.
Image 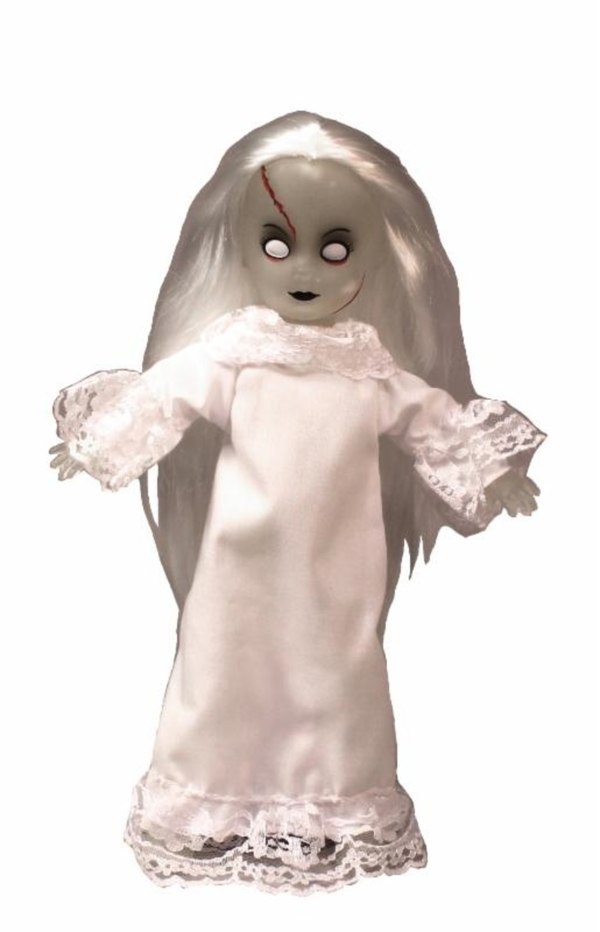