LEGO
by Jay Cochran
June 17, 2009
A thrilling new chapter in the BIONICLE saga begins on September 15, 2009 when the all-new movie BIONICLE: The Legend Reborn arrives exclusively on DVD from Universal Studios Home Entertainment. An original adventure inspired by the LEGO Group's top-rated constraction toy, BIONICLE: The Legend Reborn is packed with non-stop action, fantastic backdrops and awesome adventures that fans will watch again and again.

Brilliantly realized in spectacular CG animation, the popular franchise springs to vivid life in an all-new, made-for-DVD release featuring the voice of Michael Dorn (Lieutenant Worf on Star Trek: The Next Generation) as the warrior Mata Nui. Set in a treacherous and chaotic far-away world BIONICLE: The Legend Reborn chronicles the epic battle between a daring army of Glatorian led by Mata Nui and the ruthless and evil Skrall in a desperate effort to save the planet of Bara Magna from total destruction.

BIONICLE: The Legend Reborn was produced by Tinseltown Toons in association with The LEGO Group, the world's leading construction toy manufacturer, and Universal Studios Home Entertainment. The film delivers inspiring messages about teamwork, friendship, empowerment and overcoming obstacles in an imaginative and entertaining fantasy tale. Preorder close is July 28, 2009. The DVD is priced at $19.98 SRP. For a limited time, every copy of BIONICLE: The Legend Reborn includes a free one-year subscription to the LEGO Club Magazine (a $10 value!)

Launched in 2001, BIONICLE is one of the most popular properties among boys ages 6 to 12 and ranks among the best-selling product lines in the LEGO Group portfolio worldwide.

Your favorite BIONICLE heroes come to life in this thrilling, all-new movie adventure filled with action and excitement! Mata Nui, once a great and powerful ruler, finds himself in a remote wasteland of scrap parts and burnished metals. After winning a dangerous Glatorian battle, he's asked to help fight the local villagers' real enemies: the evil Skrall and Bone Hunters. Together with a brave band of Glatorian fighters and Agori villagers, Mata Nui embarks on an epic adventure to imaginative new lands where exciting BIONICLE secrets will be revealed. 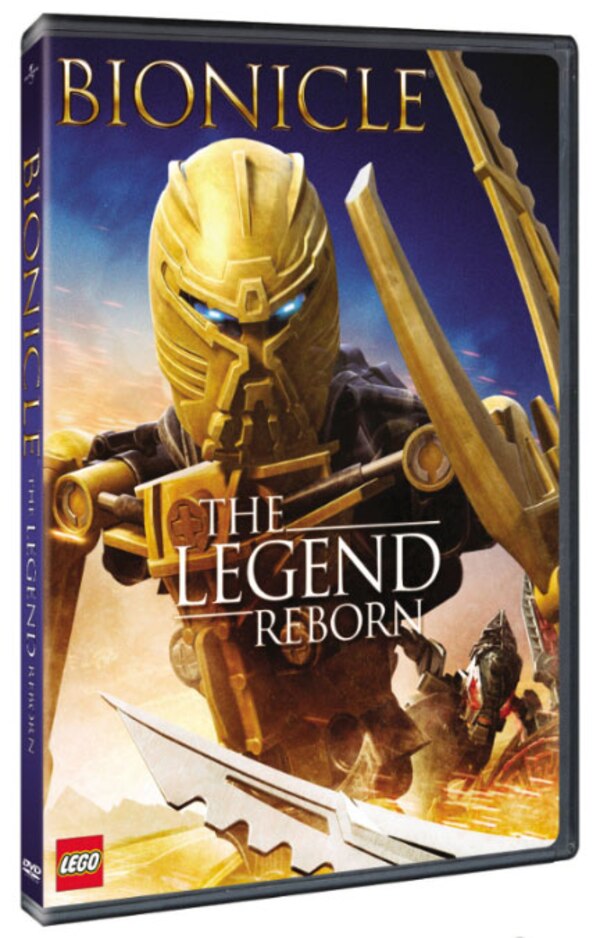