TMNT
by Jay Cochran
September 03, 2013
Playmates Toys today issued an official press release stating that their Classics Teenage Mutant Ninja Turtles Classics Line will be sold exclusively at Toy R' Us stores and online etailers. This includes the 6" highly articulated figures as well as the vintage re-issue ones. Here is the official release:

Considered one of the most popular kids’ entertainment brands of the 1980s, Teenage Mutant Ninja Turtles made a totally epic return in September 2012 with the launch of a CG-animated television show on Nickelodeon and an all-new toy line from Playmates Toys, the driving force behind the global toy sensation for decades. The enduring appeal of the Turtles has reached the pinnacle of success once again, becoming the number one action figure line in the toy industry in less than a year since its return.

“By using the original molds, the Classic Collection emits a truly authentic look and feel, appealing to action figure collectors and fans across multiple generations,” said Karl Aaronian, Senior Vice President of Marketing, Playmates Toys. “We are excited to elevate our Turtle Power with the launch of the Classic Collection at Toys“R”Us, providing the ultimate fans with a destination to get their favorite Teenage Mutant Ninja Turtles figures and vehicles.”

“We are delighted to launch the Teenage Mutant Ninja Turtles Classic Collection in our stores,” said Lisa Harnisch, Senior Vice President, General Merchandising Manager. “For over 25 years, Playmates Toys has developed products that continue to be a hit from generation to generation. We look forward to offering our customers with this collection of Turtles. We know fans of all ages will love collecting these one-of-a-kind characters.”

“We are thrilled to have Toys“R”Us as the official destination for our Teenage Mutant Ninja Turtles Classic Collection, said Manuel Torres, Senior Vice President Global Toys and Electronics for Nickelodeon Consumer Products. “Reintroducing the nostalgic toy line links the original fan base, with a new generation of Turtles’ enthusiasts.”

The Teenage Mutant Ninja Turtles Classic Collection from Playmates Toys, available only at Toys“R”Us stores nationwide and online at Toysrus.com, includes the following:

Action Figures
Inspired by the original Teenage Mutant Ninja Turtles TV show from 1988, the newly designed and developed Classic Collection 6-inch Action Figures feature more than 30 points of articulation and are authentically detailed to appeal to the true action figure collector. These newly tooled figures come fully equipped with their core Ninja weapons and a personalized sewer lid cover name base. The collection includes the four main turtles; Leonardo, Raphael, Donatello, and Michelangelo, Bebop and Rocksteady will be released later this month. Additionally, the Original Movie Turtles will be released in 2014, inspired by the authentic Turtle look from the 1990 Teenage Mutant Ninja Turtles Movie. The Classic Collection 6-inch Action Figures are available exclusively at Toys“R”Us, as well as at specialty retailers.

Originally released in 1988, the Classic Collection 4-inch Action Figures are back! Made from Playmates Toys’ original molds, these figures are fully articulated. Each figure comes with their core Ninja weapons and an extra weapons rack. The collection includes the four main turtles; Leonardo, Raphael, Michelangelo and Donatello, along with Splinter and Shredder. The Foot Soldier and the Kraang will also be coming soon.

Vehicles
First released in 1988 and featured in the Teenage Mutant Ninja Turtles television show from the 1980’s, the Party Wagon is the Turtles’ original group vehicle. Equipped with a radar dish and other techy gear, kids can open the top, place all the Turtles inside and they’re ready to roll! While Leonardo drives into battle, Michelangelo can sit shot gun in the side chair which swings out, taking down the evil Foot Clan during attack.

The Mech Wreckers, originally released in 2004, are real motorized walking battle suit figures that each come with the original Leonardo and Raphael action figures based on the look from the 1988 TV show. Kids can open the front cage and Raphael and Leonardo take their places in the cock pit, ready for battle. With a hit of the switch, the battery powered Raphael rolls and Leonardo walks into battle. Each Mech Wrecker features shoulder mounted spring loaded projectiles and mechanically activated weapons. Leonardo features his ninja chopping katana swords and Raphael features his triple headed spinning sai’s.

About Playmates Toys
With a history of over 40 years, Playmates Toys is today among the most well-respected and innovative marketing and distribution companies in the global toy industry with a proven history in the creation of imaginative products as well as the development and management of profitable, long-term brand franchises. Key brands include TEENAGE MUTANT NINJA TURTLES, HEARTS FOR HEARTS GIRLS and WATERBABIES. From its offices in Hong Kong and California, Playmates designs, develops, markets and distributes its products in over 60 countries worldwide. For more information, visit https://www.playmatestoys.com or https://facebook.com/playmatestoys


About Toys“R”Us, Inc.
Toys“R”Us, Inc. is the world’s leading dedicated toy and juvenile products retailer, offering a differentiated shopping experience through its family of brands. Merchandise is sold in 877 Toys“R”Us and Babies“R”Us stores in the United States and Puerto Rico, and in more than 660 international stores and over 165 licensed stores in 35 countries and jurisdictions. In addition, it exclusively operates the legendary FAO Schwarz brand and sells extraordinary toys in the brand’s flagship store on Fifth Avenue in New York City. With its strong portfolio of e-commerce sites including Toysrus.com, Babiesrus.com, eToys.com and FAO.com, it provides shoppers with a broad online selection of distinctive toy and baby products. Headquartered in Wayne, NJ, Toys“R”Us, Inc. employs approximately 70,000 associates annually worldwide. The company is committed to serving its communities as a caring and reputable neighbor through programs dedicated to keeping kids safe and helping them in times of need. Additional information about Toys“R”Us, Inc. can be found on Toysrusinc.com. Follow Toys“R”Us, Babies“R”Us and FAO Schwarz on Facebook at Facebook.com/Toysrus, Facebook.com/Babiesrus and Facebook.com/FAO and on Twitter at Twitter.com/Toysrus and Twitter.com/Babiesrus.

About Nickelodeon
Nickelodeon, now in its 34th year, is the number-one entertainment brand for kids. It has built a diverse, global business by putting kids first in everything it does. The company includes television programming and production in the United States and around the world, plus consumer products, online, recreation, books, and feature films. Nickelodeon’s U.S. television network is seen in almost 100 million households and has been the number-one-rated basic cable network for 18 consecutive years. For more information or artwork, visit www.nickpress.com. Nickelodeon and all related titles, characters and logos are trademarks of Viacom Inc. (NASDAQ: VIA, VIAB).
Image 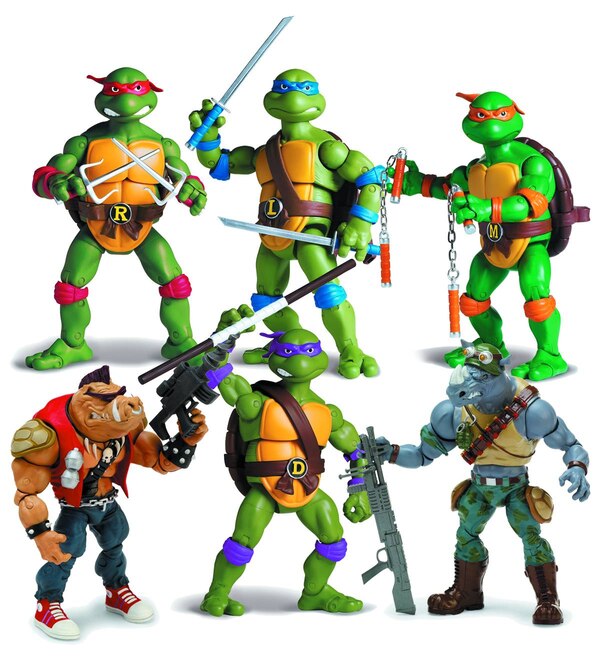