Playmates
by toynewman
August 31, 2022
We’re taking TMNT fans back to the beginning with a Classic Toon Turtles Figure 4-Pack! They’re leaping out of television land and into the real world, ready to take on the Foot with tons of Toon Tools that’ll make any Foot fighter faint! Stand back as leader of the troop, Toon Leonardo, unleashes his mighty Toon Katana blades! Toon Raph is armed with his scene-splittin’ Toon Sais, ready to straighten out any scribble-head who dares to draw outside the lines! Toon Don is ready for extra animated action as he fights against the faded Foot with his Toon Bo staffs! And Toon Mikey’s Toon Nunchuks are always ready to do battle against any real-world Foot fools! Each 6” Turtle comes with their signature weapon, an Animated Toon Television, Toon Turtle Pizza Disc, and Turtle Communicator.


Toon Leo is the Eye-bulging Bad Boy Buster! With eye-popping action, he knows trouble when he sees it—and so will you! Includes his Toon Katanas!
Toon Don is the Bandana-spinnin’ Reptile Wonder! He’s ready to be an animated action hero with his Toon Bo and a spinning bandana on his head! Includes two bo staffs!
Toon Raph is the Head Turnin’ Toon Turtle! He can spin his head 360 degrees to see front, back and sides. So keep your eyes on him, and he’ll keep his on everyone else! Includes his twin Toon Sais!
Toon Mikey is the the Tongue-torquin’ Turtle Toon! Spin the wheel on the back of his shell to stick out his tongue—he can lick the Foot anytime! Includes his Toon Nunchuks!

Order yours now from Target.com!
Image 1 of 8 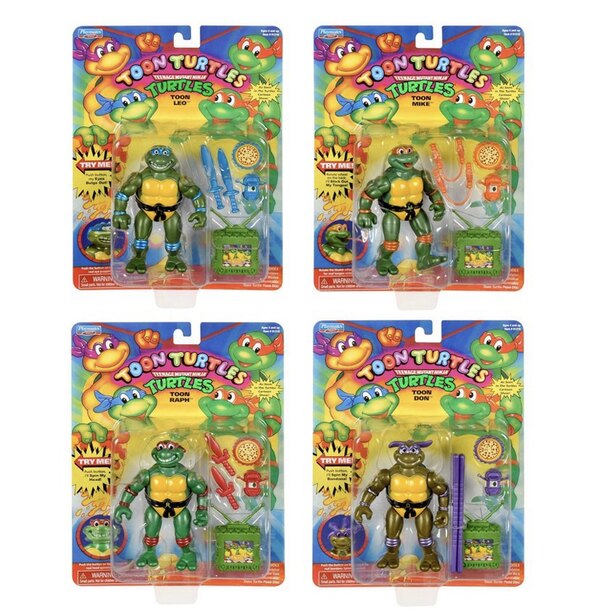 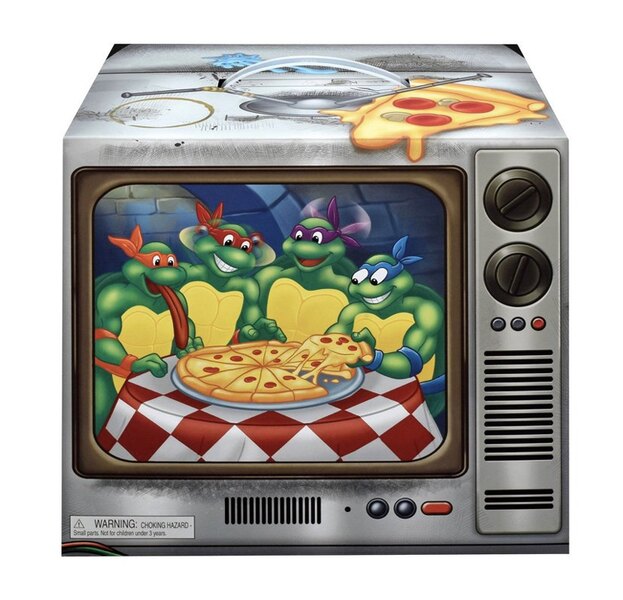 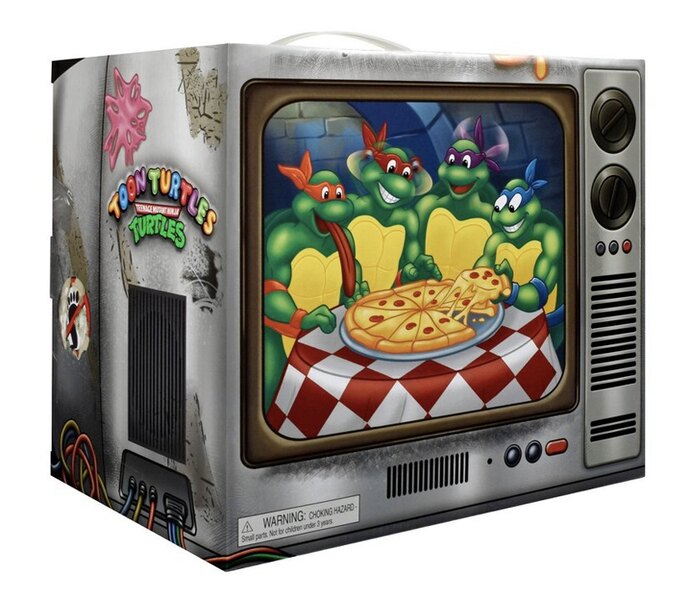 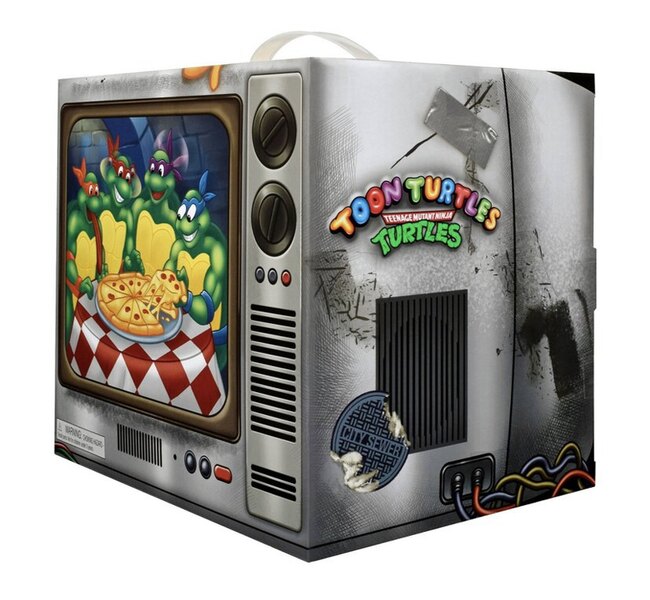 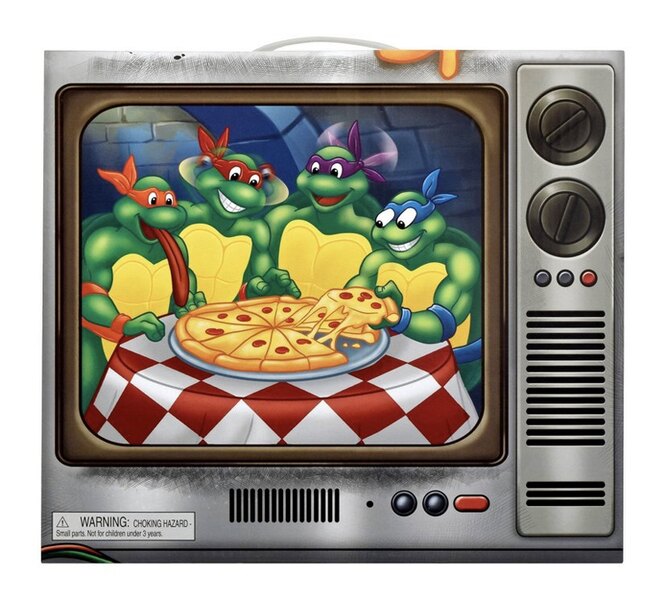 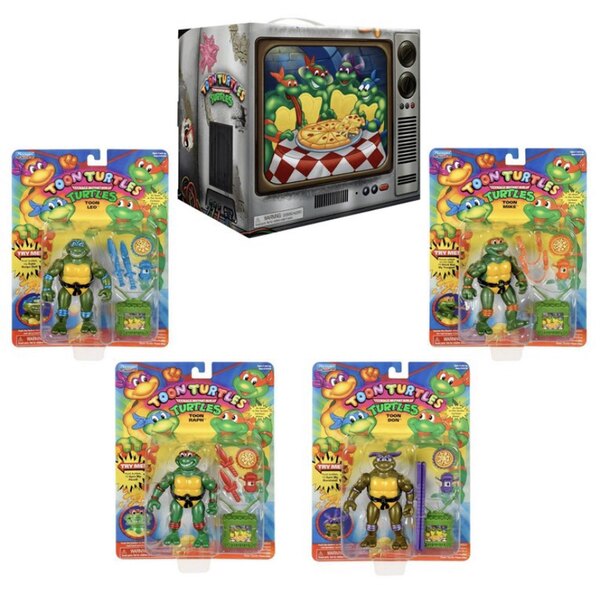 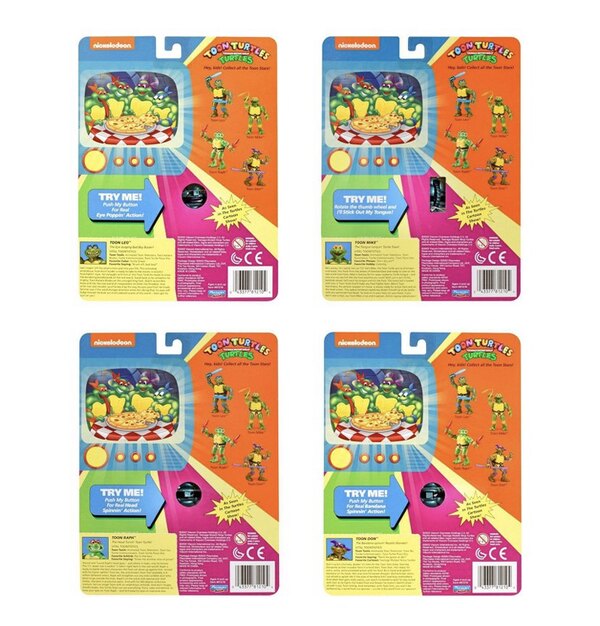 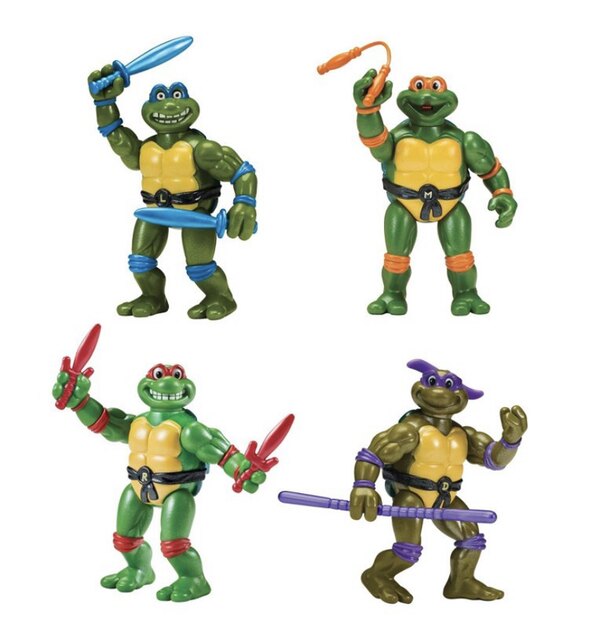 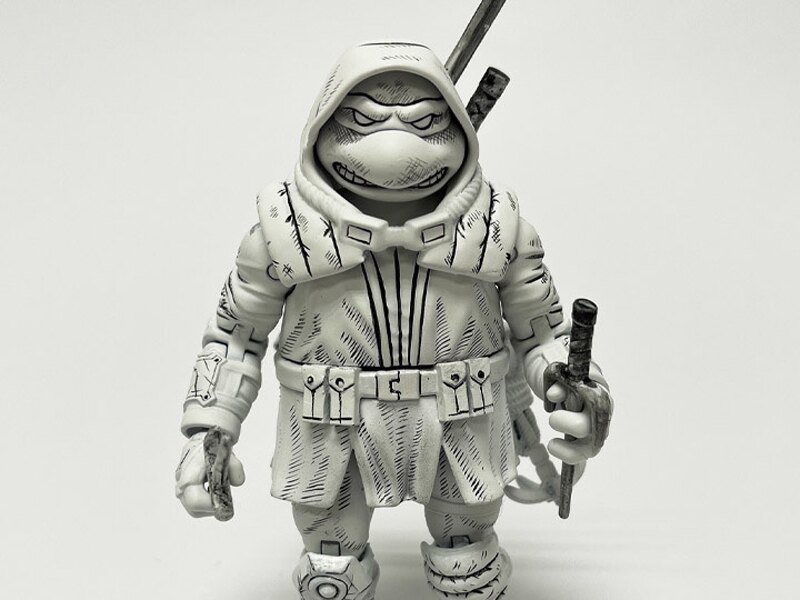 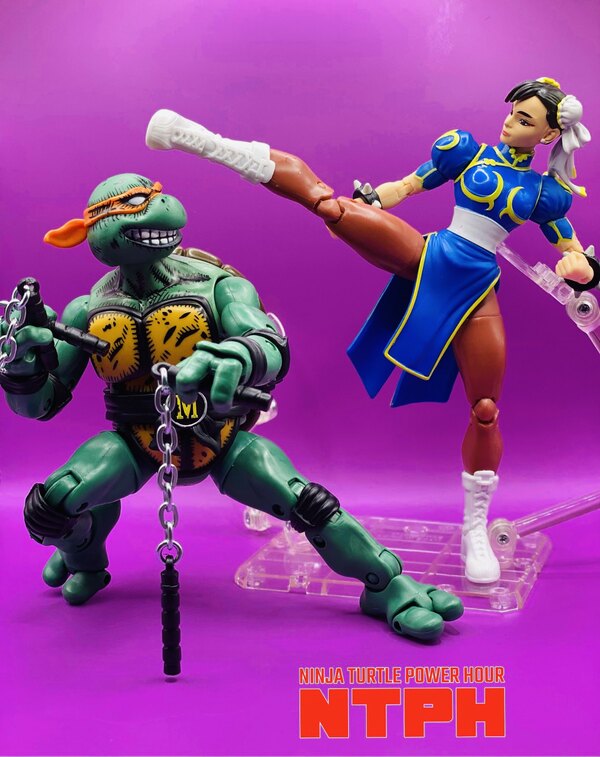 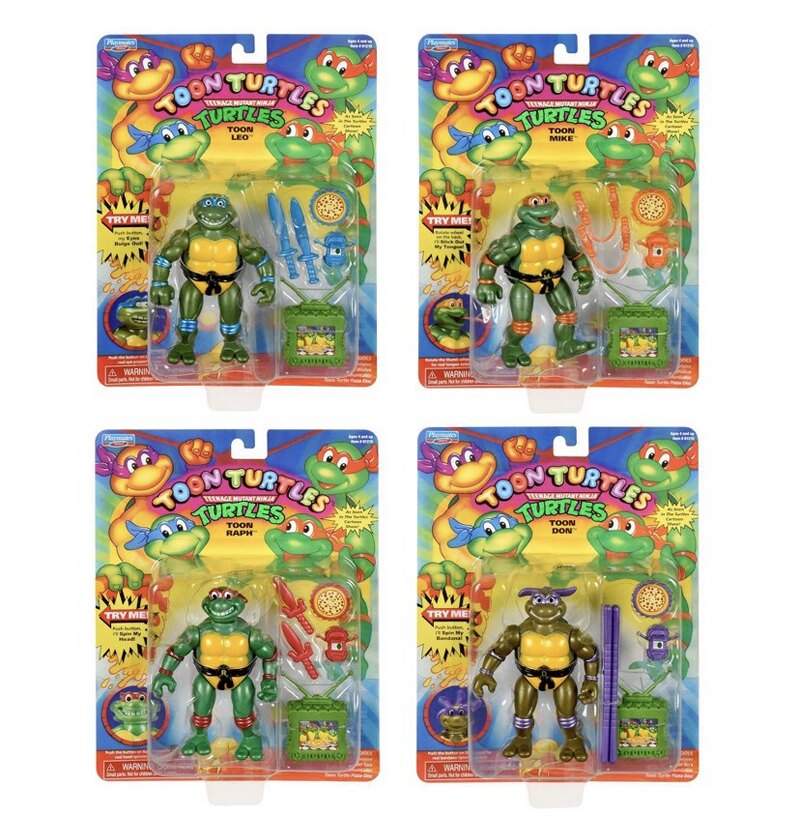