Unlike the Kevin Smith Revelation series which was more in-line with the original 80's series, this new series presents the characters we all know in a completely new light. Originally this series was said to be more for the kids, and it is. However I think adults who are fans of He-Man might like it to, surprisingly I did.

I still can't say the new character designs do me much for me, but the overall story in this one I found to be quit interesting. While certain elements that we have come to expect from a He-Man series remain, this is a very different take from anything that has come before it including the 80's Filimation series, the 200x series and the Revelation series. From the beginning you can tell the series was created in a way to hopefully bring in new and young audiences to the fold, especially with the animated style and action sequences. Each character both good and bad now have a unique power set or ability like you would see in a video game or something like Pokemon. He-Man not only is strong and has a big sword, he also now has a signature power move were he calls energy down from the sky and then after taking a running leap fires that energy at his opponent. He's also not the only character that transforms from a normal person to a super-powered one. Pretty much all the main characters both good and bad do that now.

Besides the show itself, Mattel is obviously doing new toys for it. We gave you a first look at them last month, but I just wanted to recap the core figures we know are coming here. Obviously He-Man/Prince Adam and Skeletor/Prince Keldor will be released, but we will also be getting figures of Teela/Sorceress, Krass/Ram Maĺam, Duncan/Man-at-Arms, Ork-0/RK Units, Evelyn/Evil-Lyn, and Kronis/Trap-Jaw.

The figures we are getting so far are based on their powered-up alter-egos. Mattel has released hi-res images of He-Man, Skeletor, Man-At-Arms, Sorceress and Trap-Jaw while we got a glimpse at Ork-0, Evil-Lyn and Ram Ma'am during the Mattel Power-Con Panel last weekend.

Other key characters from the series that we have yet to see figures for include Cringer/Battle Cat. RĺQazz/Beast Man, King Randor and Eldress who was the original Sorceress and only appears in spirit/holgram form in the show. There are listings online for a "Creature" core figure, so that might be Battle Cat.

Besides the regular line, Mattel announced at Power-Con that they would be doing characters from this new series in the more adult-collector oriented Masterverse line.

While this series is very different from what I have come to expect from MOTU, I still enjoyed it and look forward to the next season which they definitely have set up for. I don't know how interested I personally will be in the regular toys for this series, but will be looking forward to hearing more about what they will be doing from this series for the Masterverse line.
Image 1 of 19 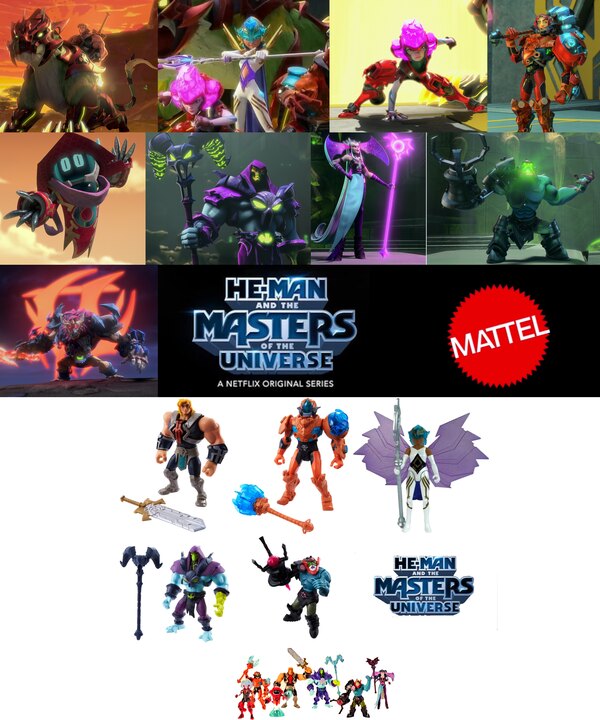 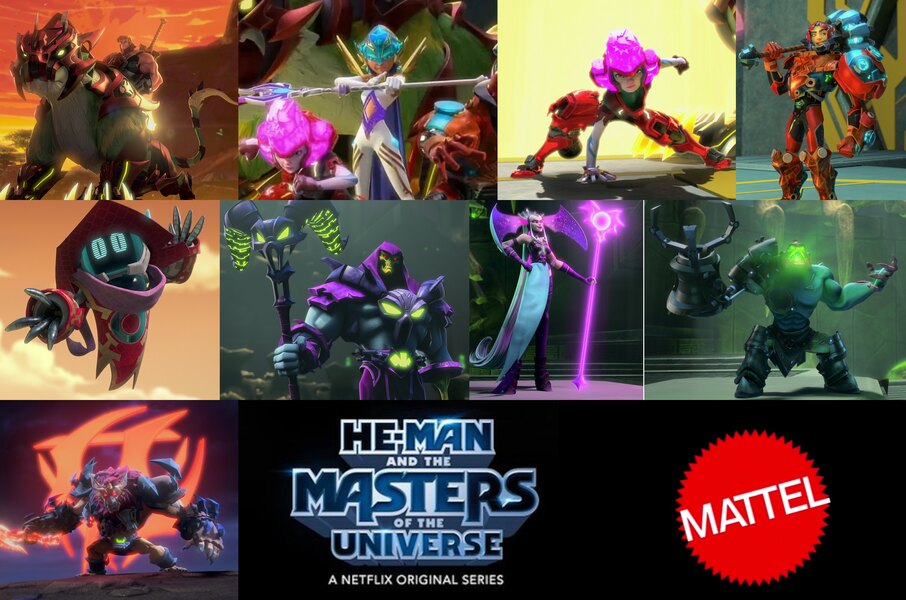 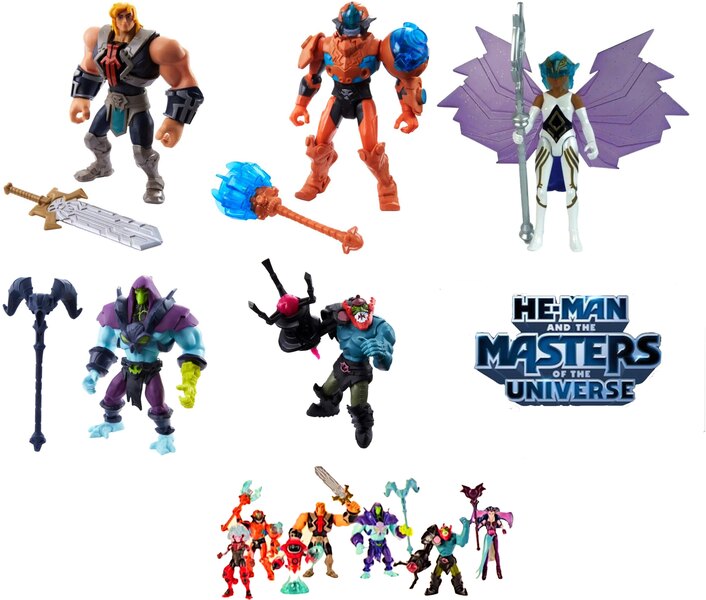 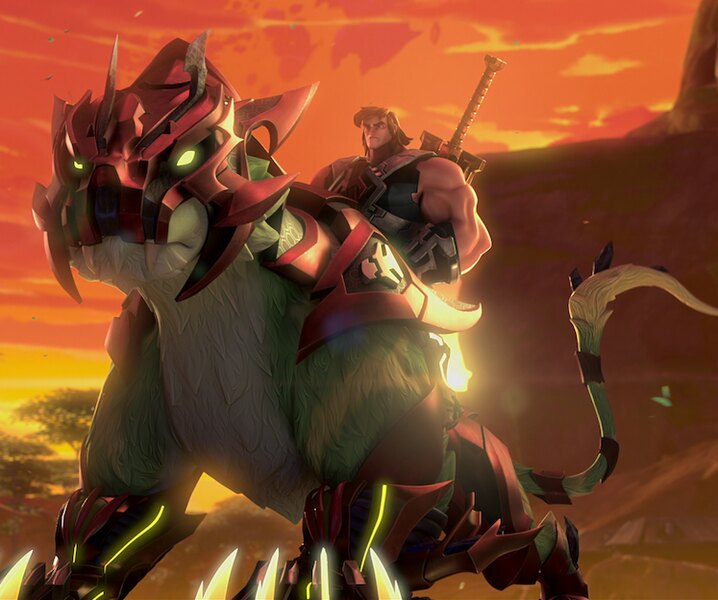 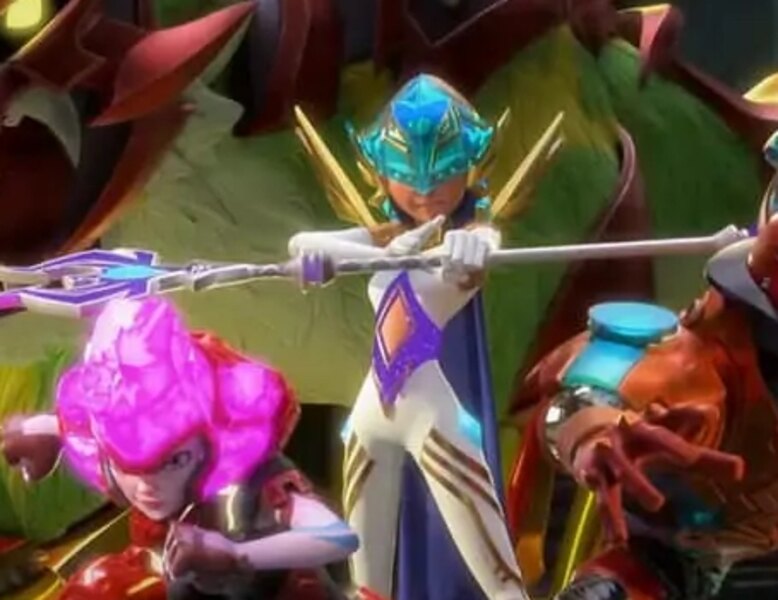 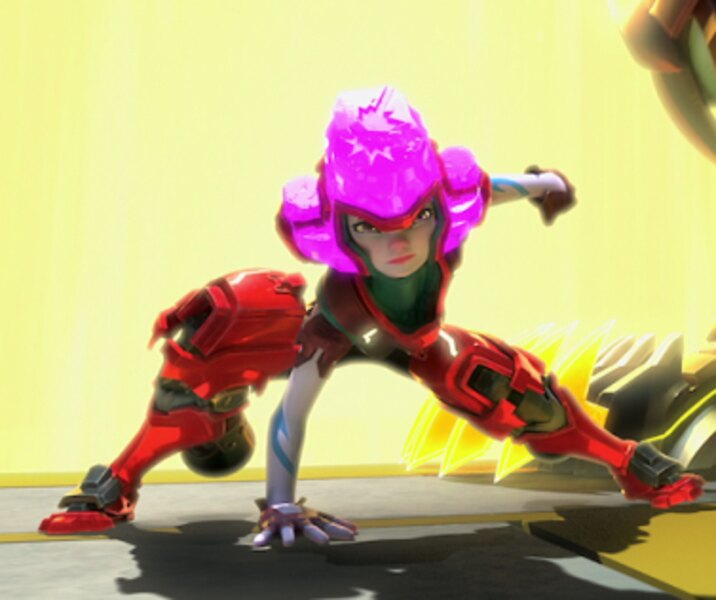 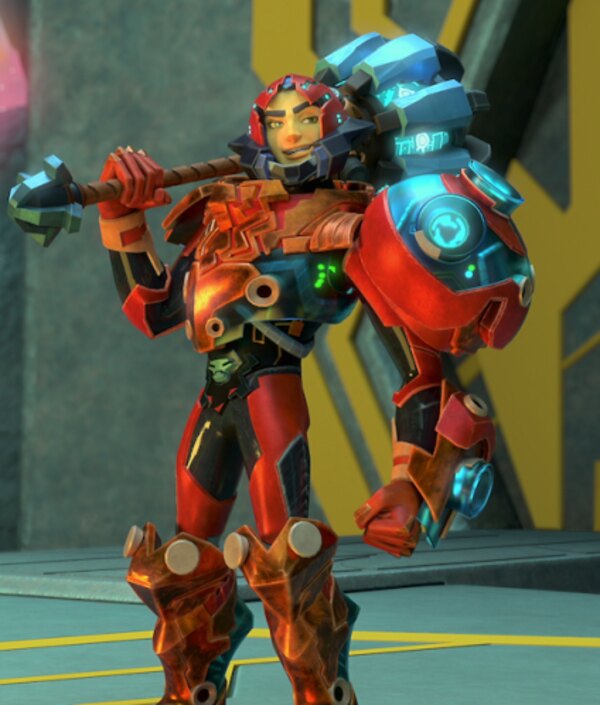 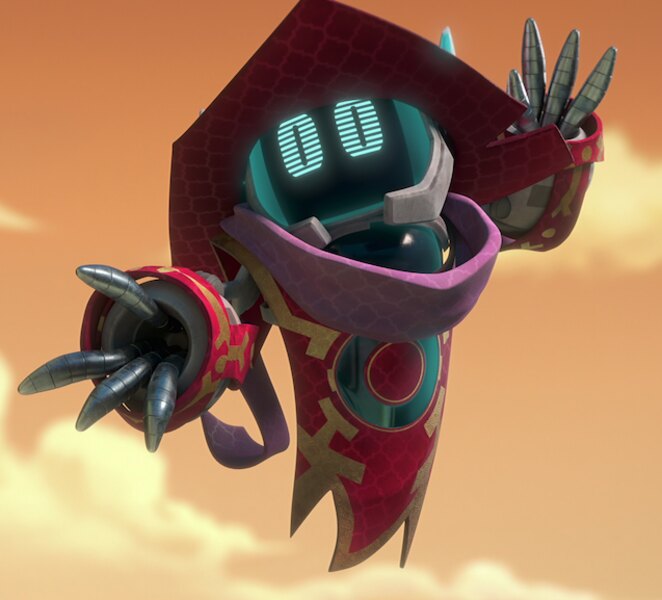 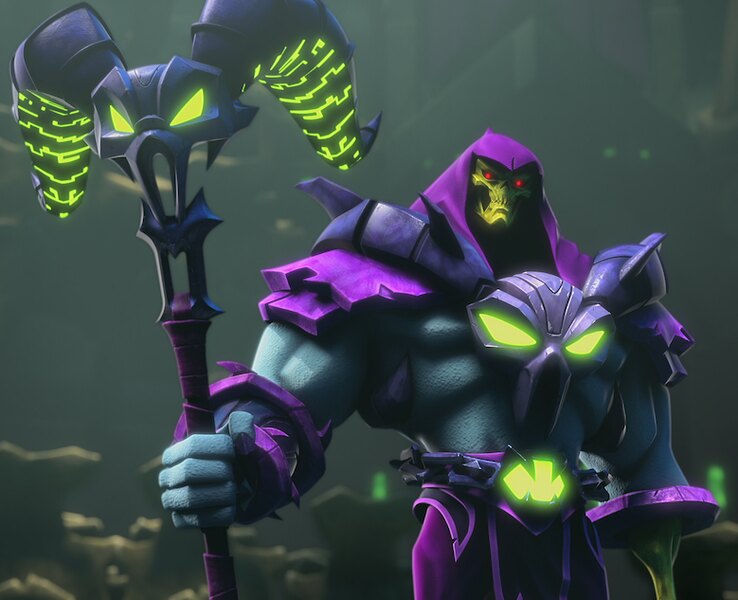 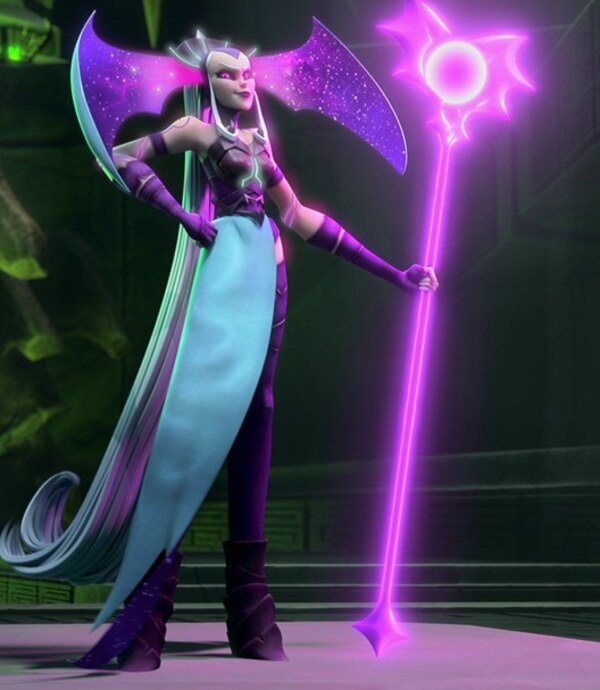 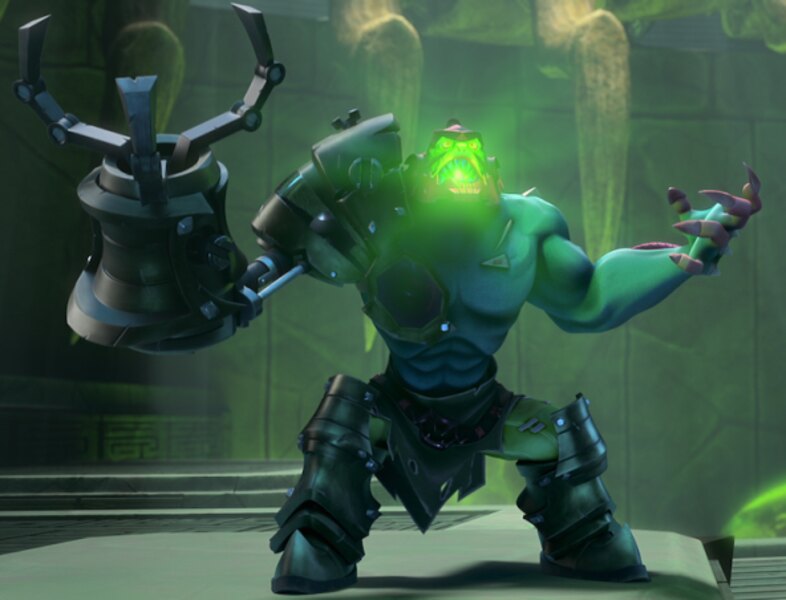 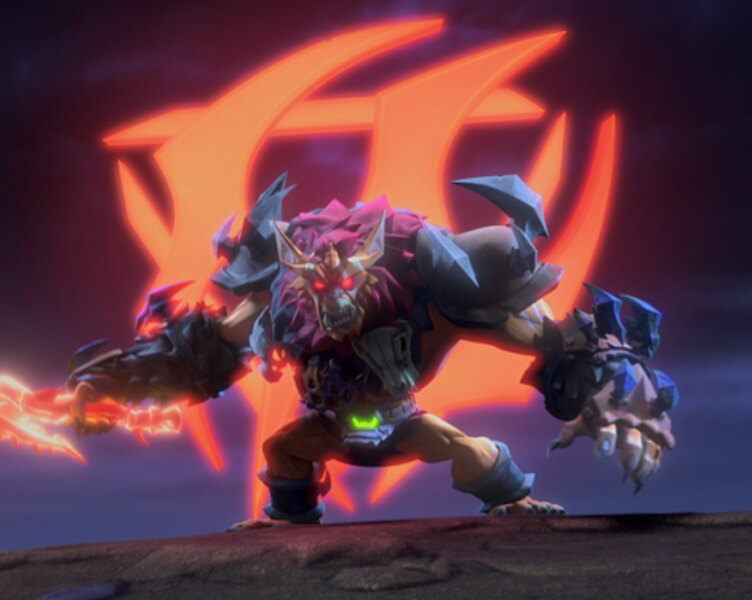 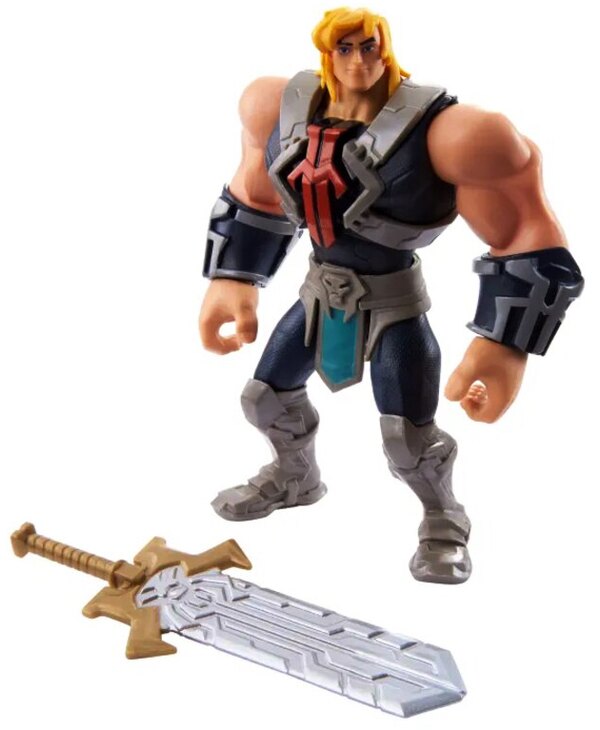 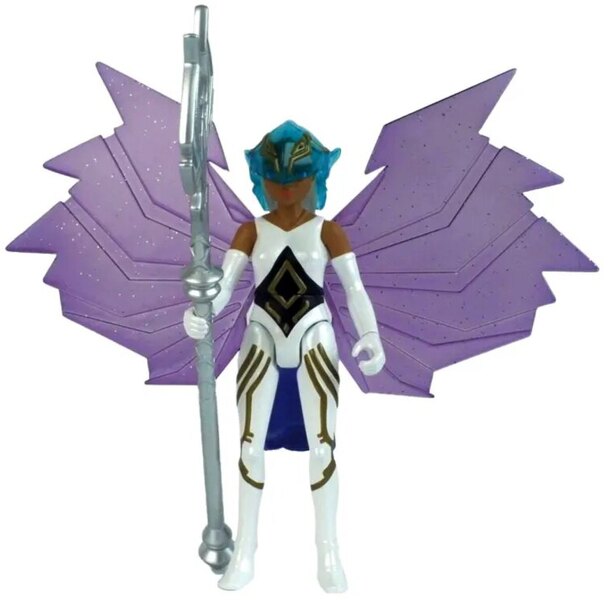 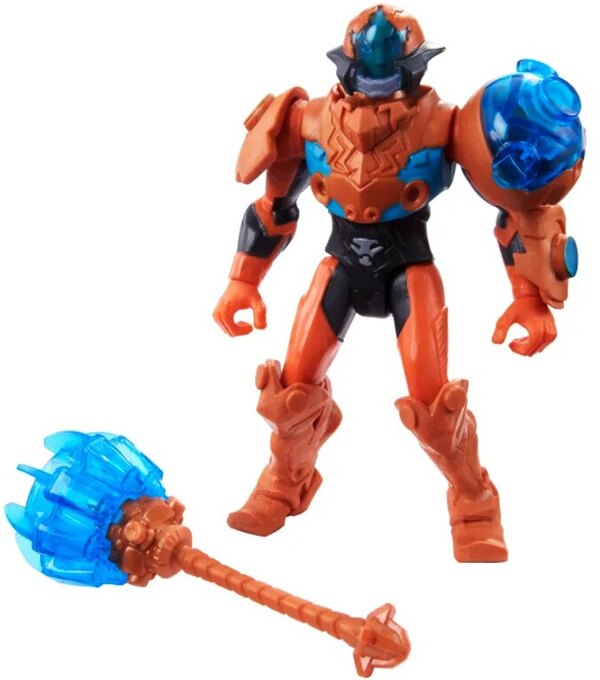 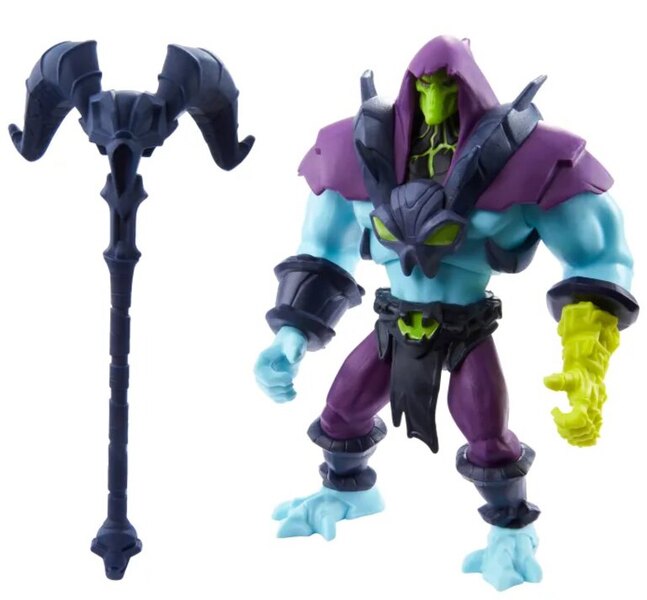 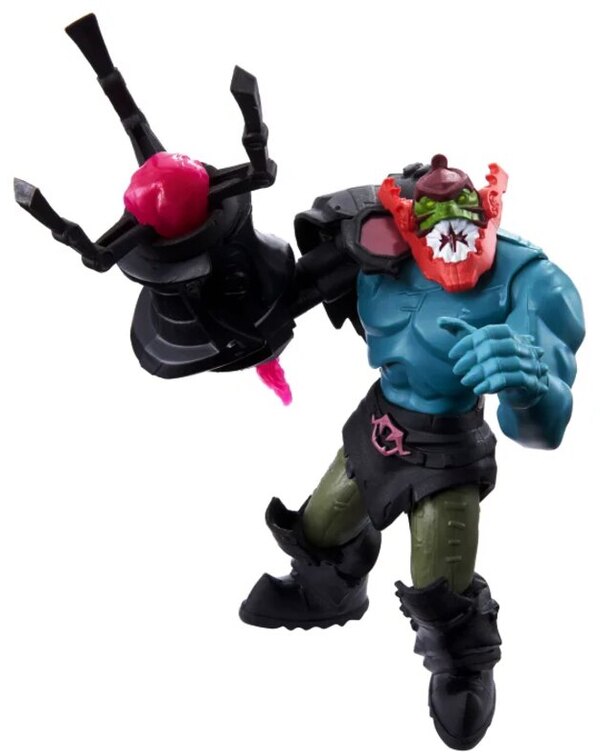 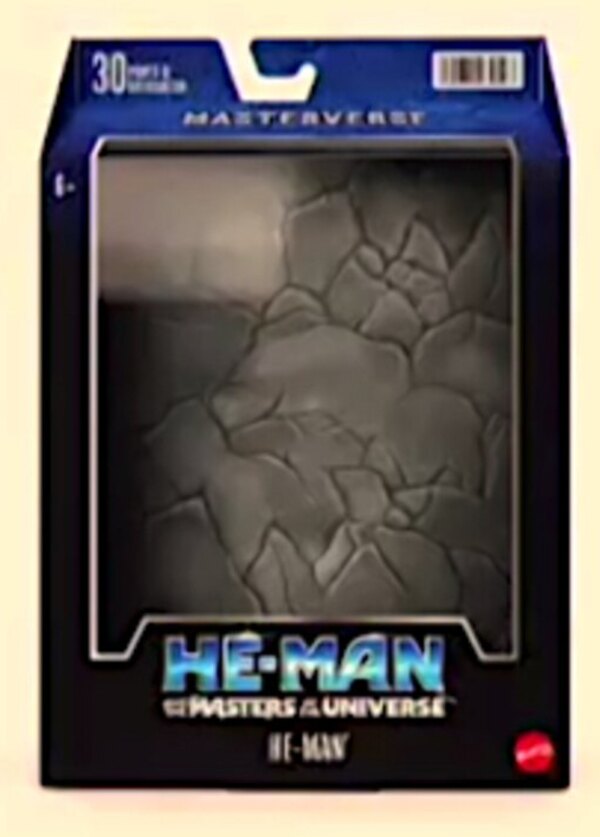 Now if I am seeing this correctly, there is a basic 10 dollar line with 5 points of articulation and a higher price point line with more articulation?

Am I tracking right?

Okay I am thrilled to see them going all in here. I think kids will really dig this line.

Thanks to the site DeepDiscount we have new images for Mattel's Netflix He-Man And The Masters of the Universe figures as well as some brand new listings.First we have updated images for the basic Evil-Lyn and Orko figures which we saw a glimpse of at Power-Con last month. We also have a look at a new translucent Power Of Grayskull He-Man figure and Trap-Jaw with vehicle.

On top of that they have listed without images new figures which includes Stratos, Man-E-Faces, Tri-Klops, Mosquitor and Sorceress & Vehicle.

I gotta be honest, I love the Oreo figure here.

Honestly, I enjoyed the show. It was like Battle Chasers became an animated series and was inspired by MOTU. It's not an epic cartoon, but fun. I knew I saw the toys listed in BBTS. But suddenly they were gone. I would have preordered a few.

These look super cool and show accurate! Hopefully kids who play Fortnite will like the show and the figures. I am going to probably pick them up.

We saw these at Power-Con but now we have a little better look at the new Netflix series He-Man and the Masters of the Universe basic figures from Mattel. Some of the figures like He-Man and Skeletor are hitting shelves now. Below we also have looks at Man-At-Arms, Ork-0, Evil-Lyn and Ram Ma'am. The first season of the show is available on Netflix now.If you've seen the show or found any of the figures at retail, let us know your own thoughts about them in the COMMENTS SECTION below.

My six year old is super stoked. If it opens the door for him to enjoy Masters of the Universe in it's other forms as well, then awesome.

Yeah, I think this one is going to be a tough sell to just about any 40 year old manboy. I'm definitely out on the toys, maybe I'll give the series a watch at some point.

Well, Jessica Alba could be waiting at my front door with a 6-pack and a bucket o' wings . . . but I bet she's not.

Found Mattel Master of the Universe on Ebay 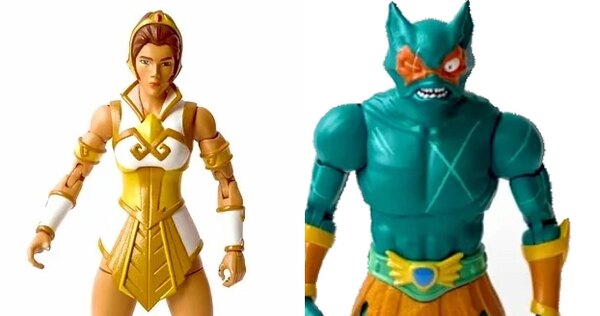 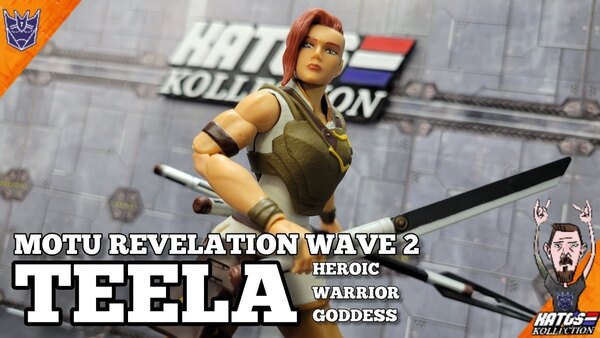 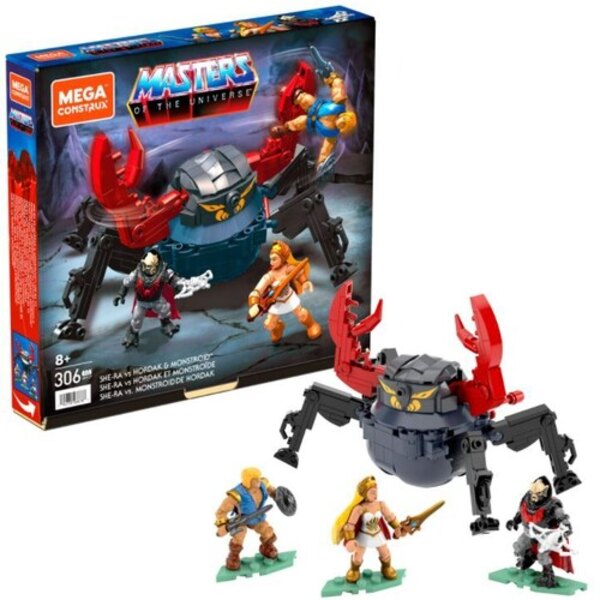 New Netflix He-Man And The Masters of the Universe Figure Listings And Images Including Man-E-Faces, Tri-Klops And Mosquitor 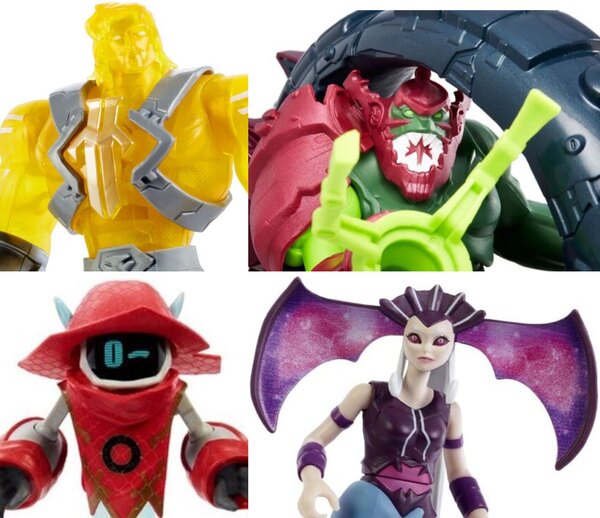