Kotobukiya
by Jay Cochran
October 21, 2011
A Kotobukiya Japanese import! Mass Effect took the video game world by storm in 2007, giving Xbox 360 (and later PC) players the chance to explore the galaxy as Commander Shepherd. The BioWare hit featured great sci-fi characters and action, spawning one sequel that included PlayStation 3 as well, and a third and final incarnation is due out next year. Kotobukiya is proud to present its first bishoujo statue from the Mass Effect series and one of its most popular alien characters, Liara T’Soni! Interestingly enough, as a member of the Asari race (who have no specific gender but appear female by human standards), Liara is also the first non-specifically female member of the Bishoujo line... though you couldn’t tell by looking at her.

A “pureblood” Asari, Liara is both a scholar and a warrior. Channeling her martial instinct, the distinctive blue-skinned alien stands with a Phalanx at the ready and a folded M-3 Predator holstered at her hip. Alert to danger and careful to observe her surroundings, Liara leans on her slightly bent right leg and arches her back, emphasizing her gorgeous body. The doctor is mostly covered by her armored outfit, but it accentuates her curves instead of hiding them. A skin-tight black bodysuit is visible under matching boots, jacket, and lingerie-like clothing in stunning blue and silver. Meanwhile, Liara’s head is bare, revealing her striking blue skin and alien features that make her unique from previous bishoujo statues!

Sculpted by Busujimax (Takaboku Busujima), Liara T’soni stands nearly 10 inches tall (1/7 scale) on a special display base. Don’t miss out on this galactic defender and watch out for the upcoming ARTFX Captain Shepard!
Image 1 of 7 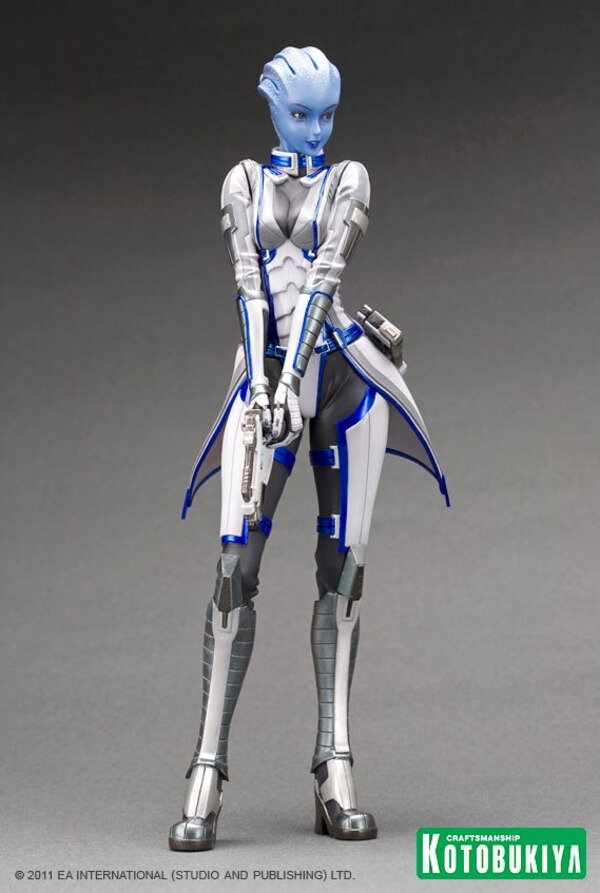 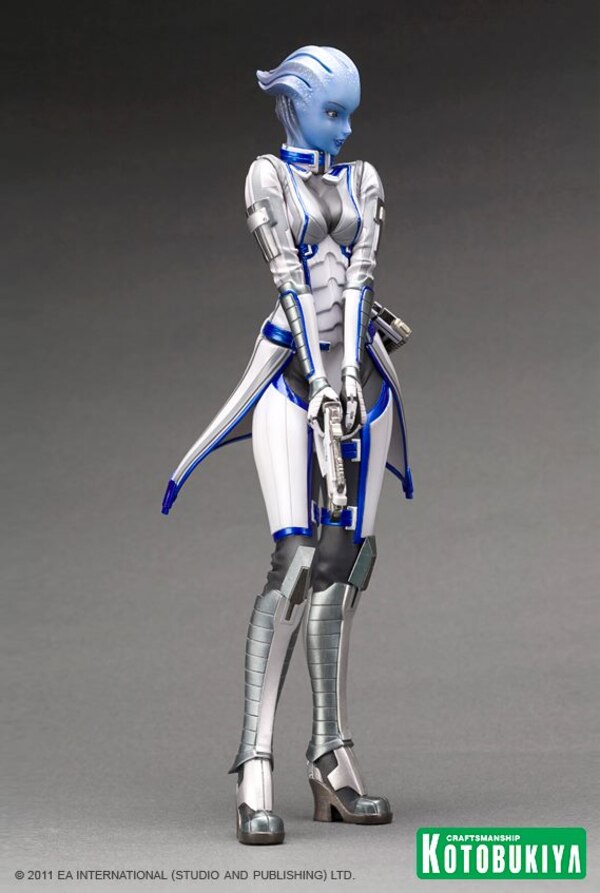 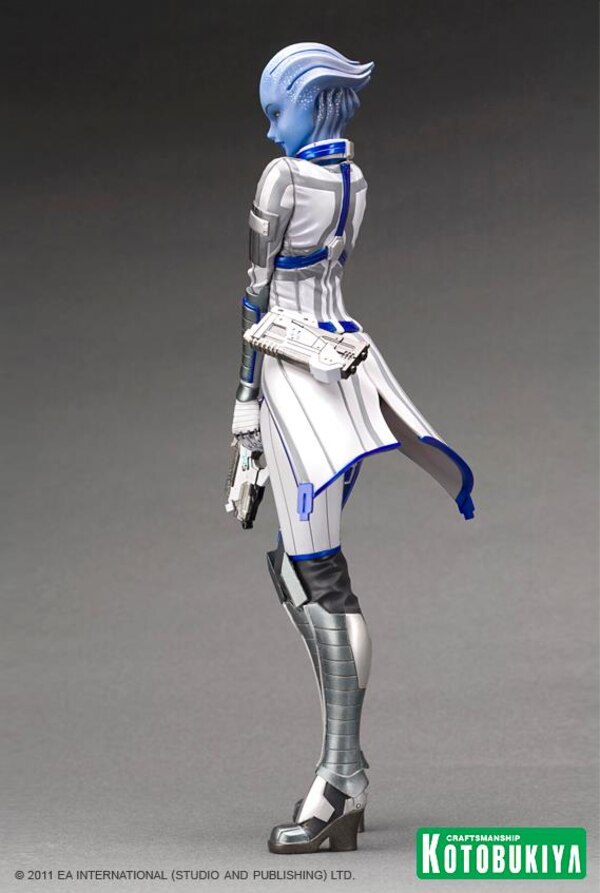 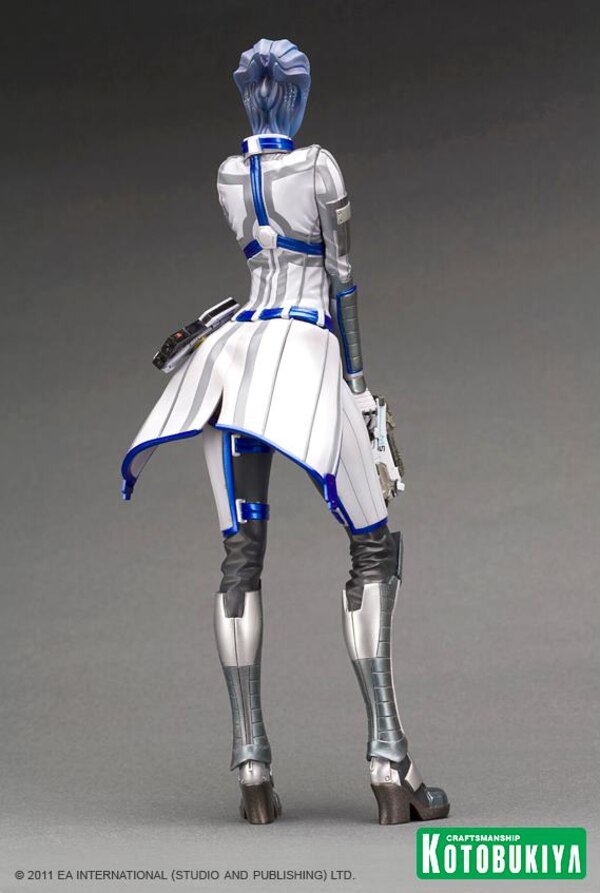 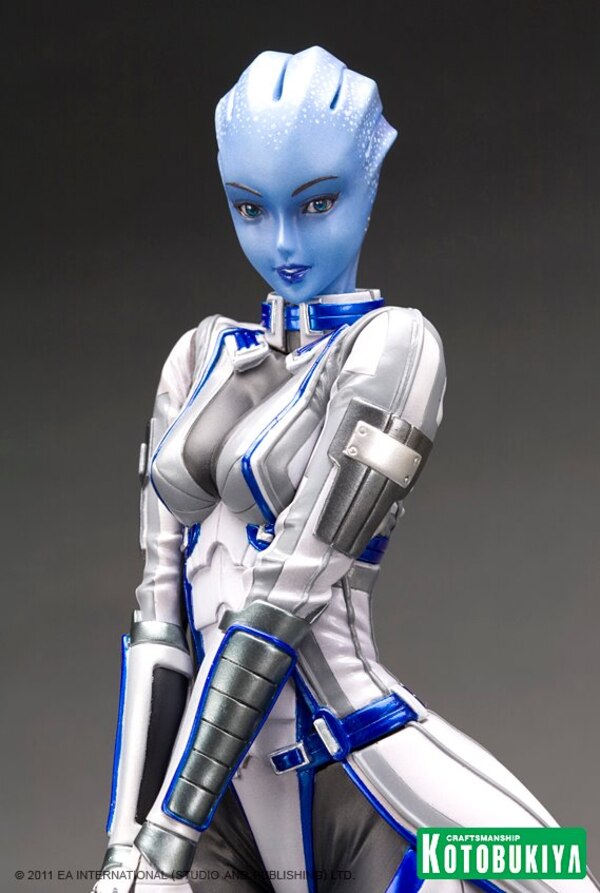 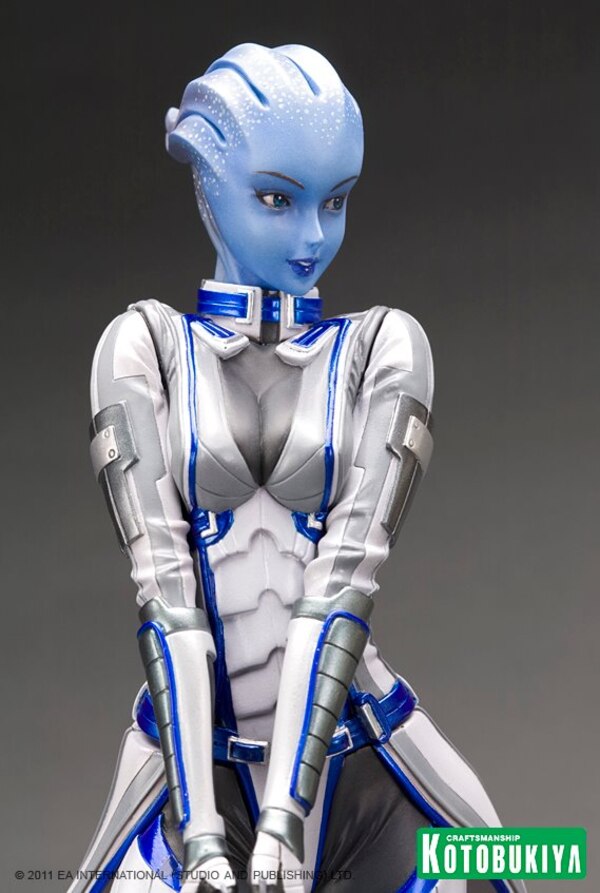 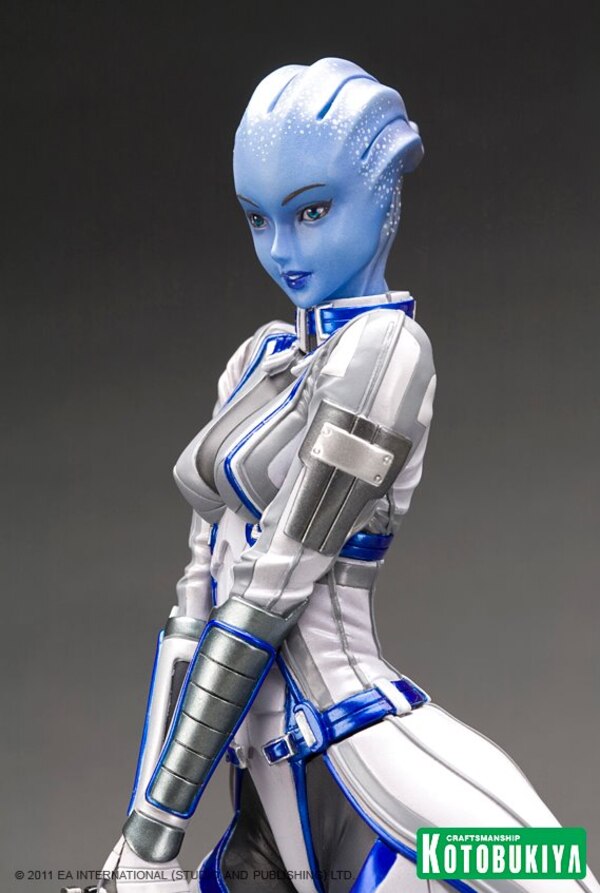 Kotobukiya Products On Display At The 2020 NYTF 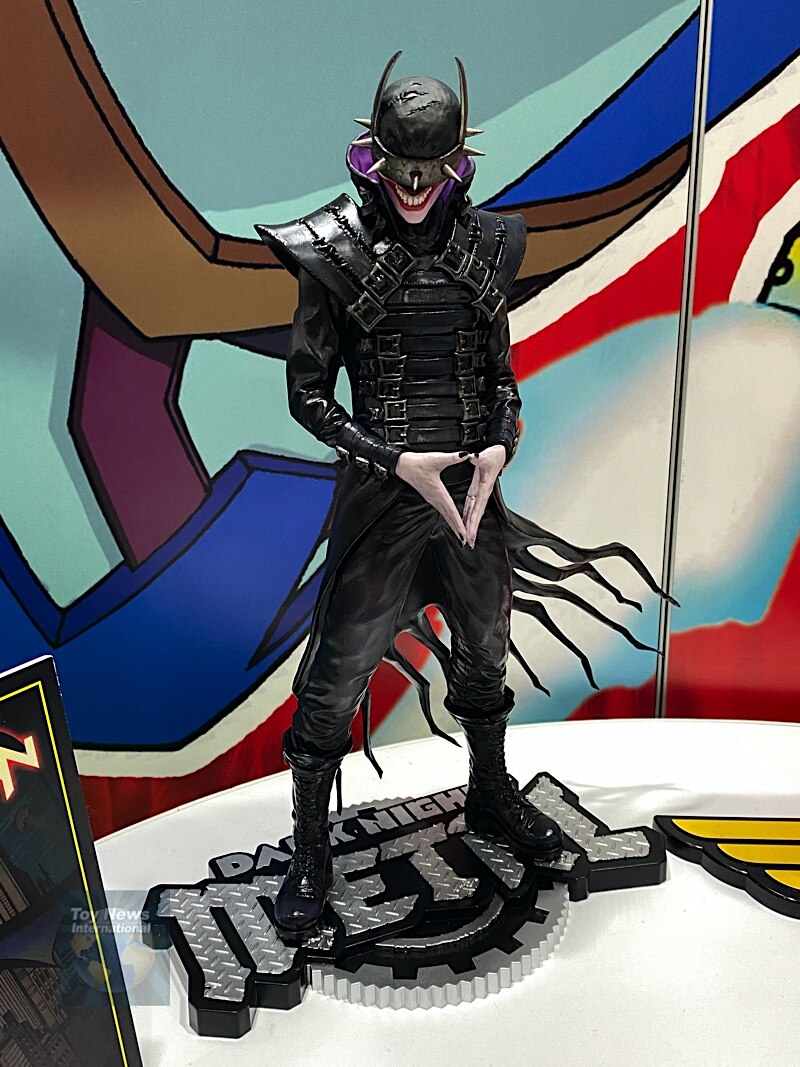 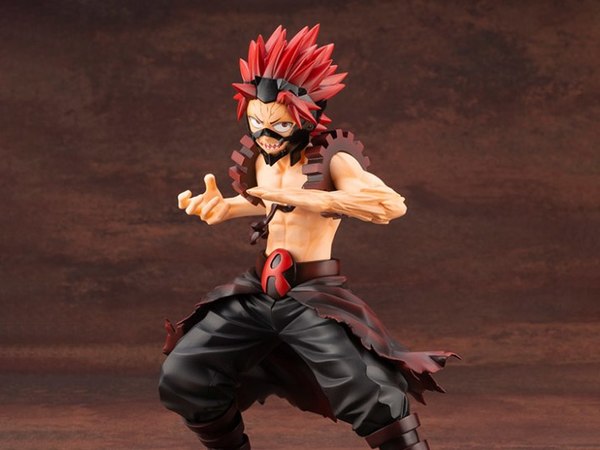 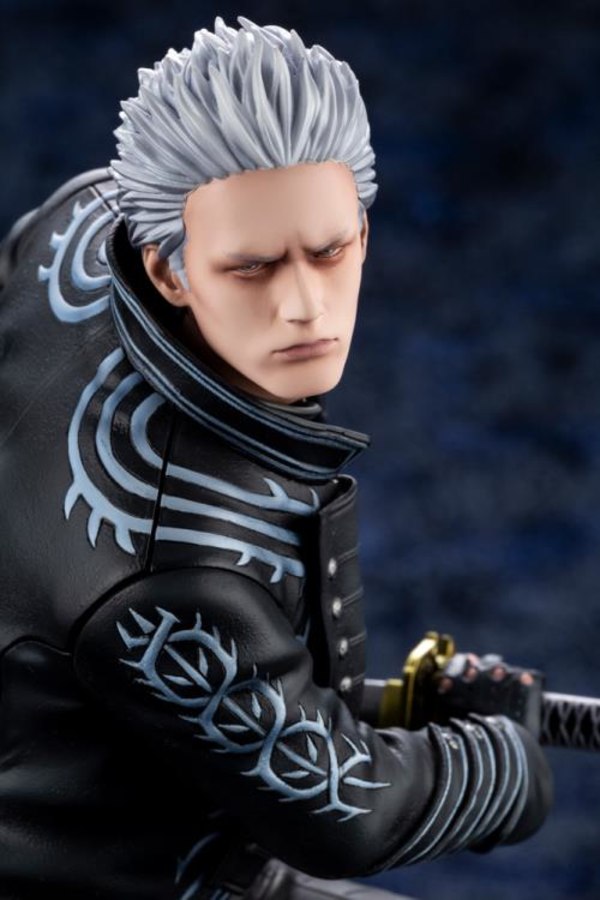 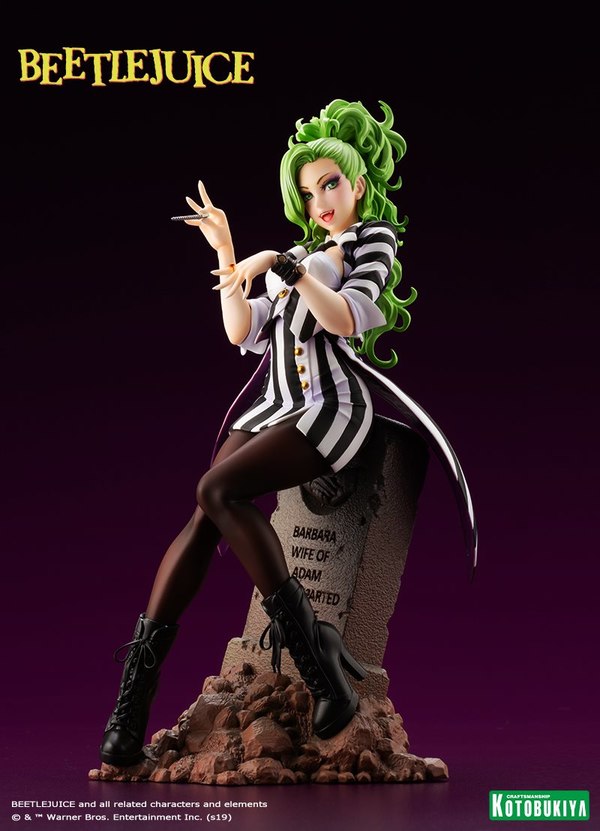 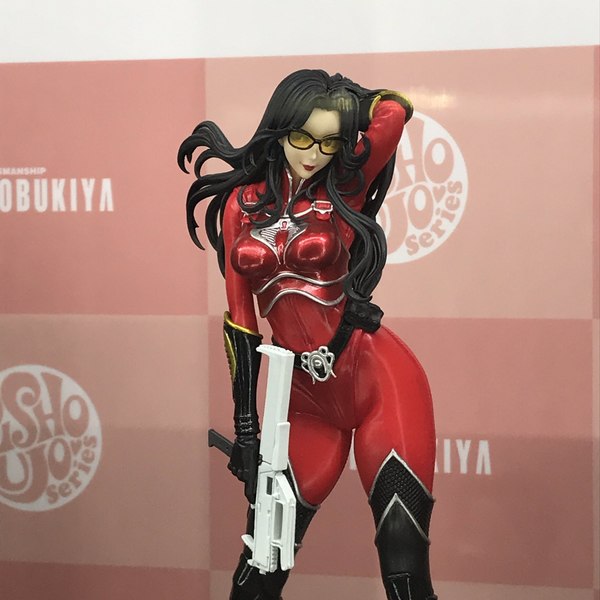