Hasbro
by Jay Cochran
June 03, 2021
First lets get to the possible good news. Ahead of tomorrow's G.I. Joe Live-Stream, Hasbro has posted on their social media saying more G.I. Joe Classified Major Bludd figures are on the way.

We heard you want more BLUDD! Starting next week, additional quantities of Major Bludd will be hitting shelves as part of YO JOE! June. Stay tuned for more exciting G.I. JOE news during tomorrow’s #HasbroPulse #FanFirstFriday and all month long... #YoJoeJune pic.twitter.com/z7Ss0gFtJ1


They added on a similar post they made to Facebook the following about previous Cobra Island exclusive figures:

Unfortunately for Major Bludd, its sounding like only Target will be offering him for now. Despite Hasbro's statement it's hard to really believe being just this week Target listed the figure on their website with only enough quantity to last a few minutes before selling out. Since this figure has become a Scalpers wet dream, they are going to have to drastically increase the number of figures they send to all Target stores to be able to actually find them without having to hit the store daily. So far stores have only gotten 1 case of 6 at a time. Some stores have gotten multiple shipments since they first started hitting shelves a few weeks ago, but we really need to see stores getting several cases at a time for the problem to be fixed, and that doesn't seem like something Target is to interested in doing. I guess time will only tell though.

As for the previous Cobra Island figures, its sounds like they might be making those available on HasbroPulse, however if that ends up being the case, it remains to be seen if the figures will be offered in enough numbers to actually satisfy demand. Last month we saw Hasbro release the Firefly and Cobra Viper on their website, but there wasn't enough to last more than a very short time, and that was having it open only to their Premium Members, people who paid Hasbro $50 to get special access to buy their stuff.

Hasbro knows many Joe fans are upset over how the Classified line has been handled up to this point, so its possible Hasbro is putting this statement out now ahead of the live-stream tomorrow to try and offset some of the anger that is likely coming their way in the comments section. I don't encourage anyone to be rude, threatening or use profanity when addressing Hasbro on their live-streams, but I do think it's perfectly OK to tell them that if they don't really fix these problems with the exclusives, you have no problem speaking with your wallet by simply walking away from the line.

Ok so now for the possible bad news. We have discovered a number of new listings pop up in the Target system today. The listings use codenames so we don't know what the figures actually are. The DPCI# listed for them are the same as the regular release figures, however that might just be a placeholder. We saw the same thing happen with the Major Bludd figure where it was originally listed with the regular DPCI# but then switched over to a unique one designating it an exclusive.

So at this time its possible at least some of these could end up being exclusives. I certainly hope not all of them, be we don't really know. The prices are listed at $19.99 each so we assume these are 6" Classified figures and there is no release date listed with them at this time.

The listings are as follows:

I don't know if any of these code names have been deciphered anywhere online, but I do recognize the Jupiter code name as one associated in the past with Storm Shadow. You can see it used with this Titan series like Storm Shadow figure from the overseas distributor NDA Toys. That figure is in the new Snake-Eyes Movie like packaging, but seems to be based on the character's more classic design. Hopefully the new listing will end up being the long-awaited Classified non-movie Storm Shadow, though I suppose its also slightly possible some of these listings could be for the previously announced Classified Snake-Eyes movie figures. Those figures are already listed in the system with actual names, but sometimes you can have repeat listings.

I should also note that I believe a number of new G.I. Joe "Core" items will be going up for pre-order towards the end of the month. I think "Core" refers to the stuff made more for kids.
Image 1 of 6 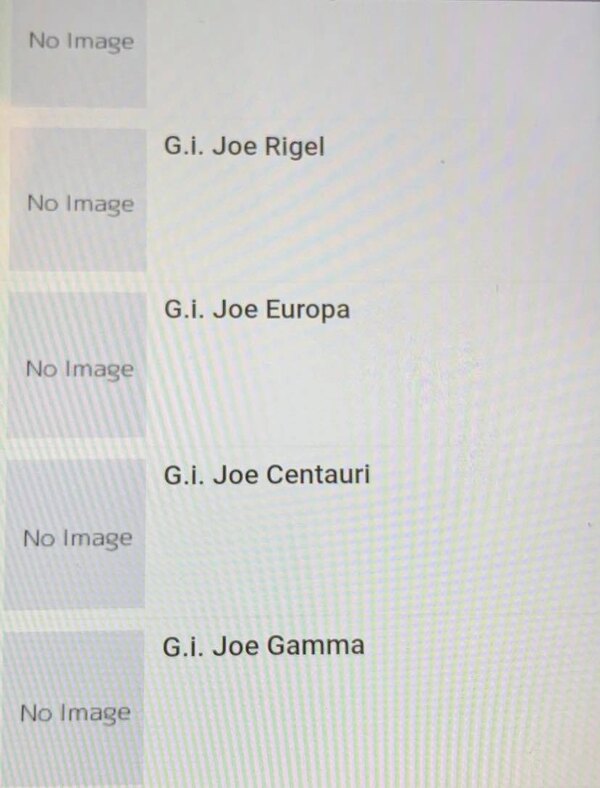 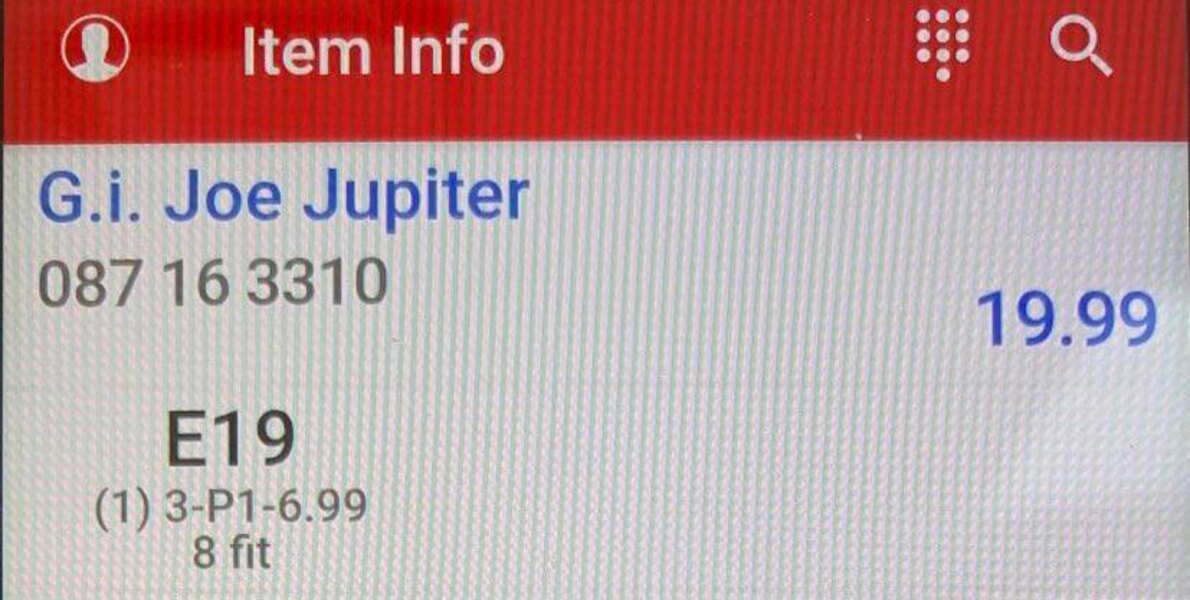 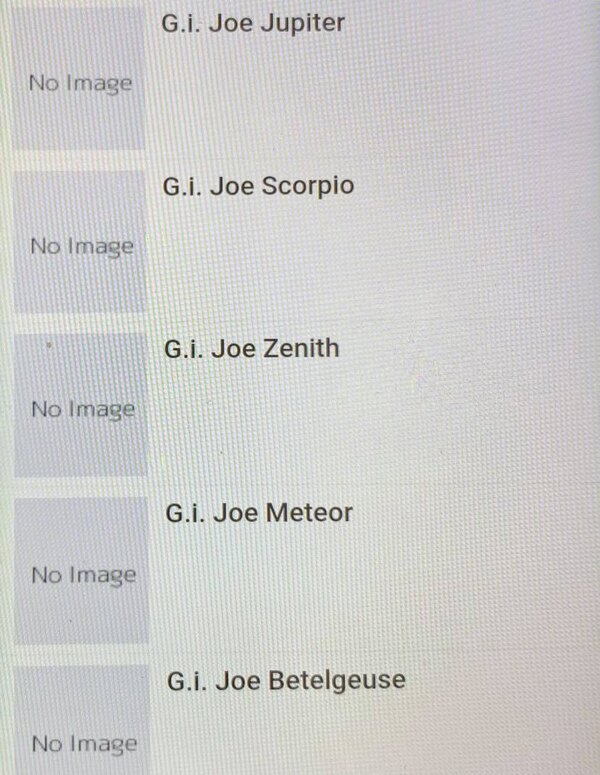 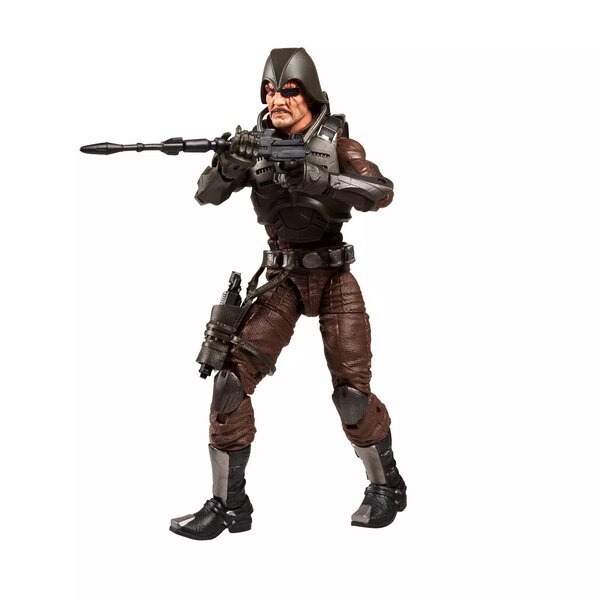 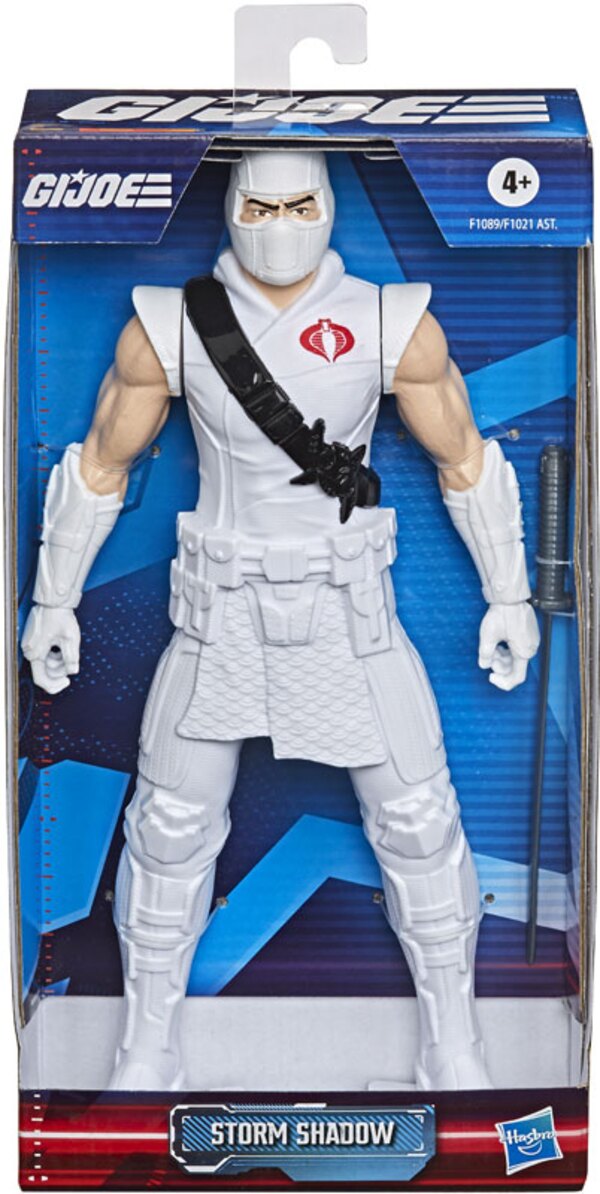 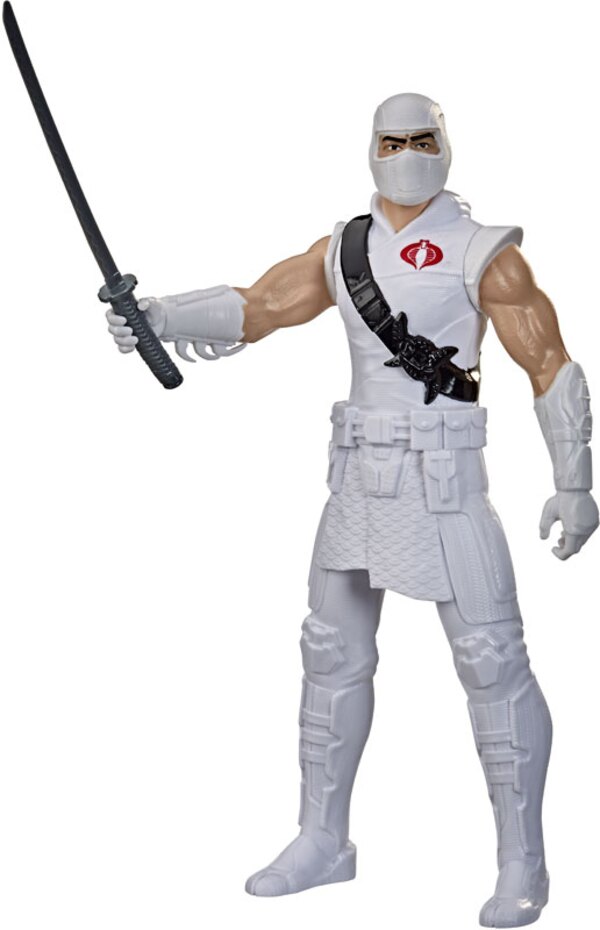 Looks like Breaker and RAM are showing up at stores with a street date (of course) on 10/3. As sure as night follows day you can bet that you'll see reports of some fans getting denied purchase and some fans being able to get one before. Fortunately this guy had lingered for a while online so unless you are the newest of newcomers to the line, you should have yours secured already.

It's cool that people are finding it in stores, I'll patiently wait for my preorder to be fulfilled.

Didnt realize target restocked until I saw this. None of the targets in my area have had any classified there is local reseller who has friends that pull stock for him so pretty much impossible to get anything from neca or joe but yeh finally able to order beachhead and firefly!!!

Earl sends word that the Target exclusive G.I. Joe Classified Breaker And Ram cycle has started to hit physical stores. For those who were able to pre-order the set from the Target website back in June, it's supposed to start shipping out to folks on October 3. For those who missed out then you may want to start checking your local stores now. The one shown below was found in the Jersey area.G.I. Joe Classified Breaker And Ram DPCI# 087-16-8511 - Street Date 10/03 - Price $41.99

Barbecue never sold out at any point. But seeing Breaker back up should be a welcome sight for anyone who missed him.Links:https://www.target.com/p/g-i-joe-classified-series-alvin-34-breaker-34-kibbey-with-ram-cycle/-/A-81959633#lnk=sametabhttps://www.target.com/p/g-i-joe-classified-series-gabriel-34-barbecue-34-kelly-action-figure/-/A-81959604#lnk=sametab

Liking the fact that target is restocking them 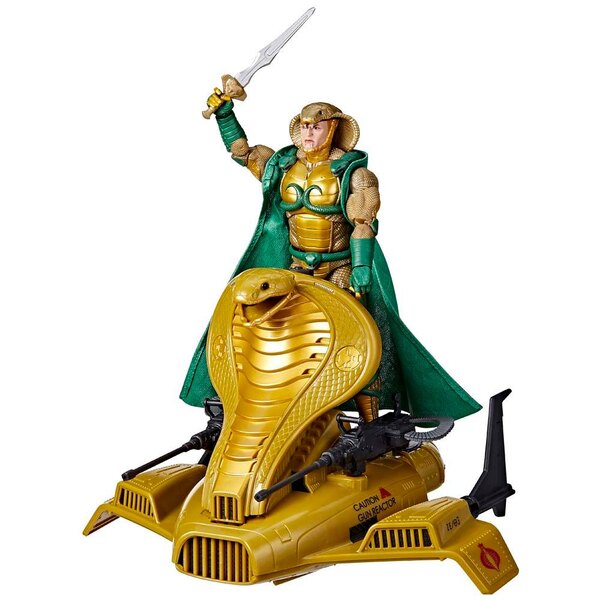 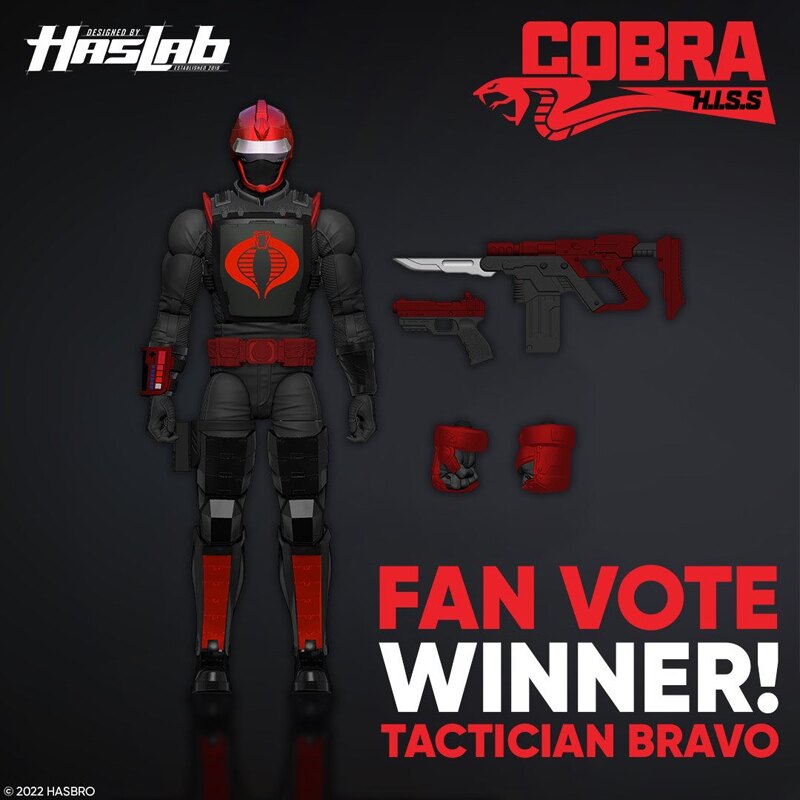 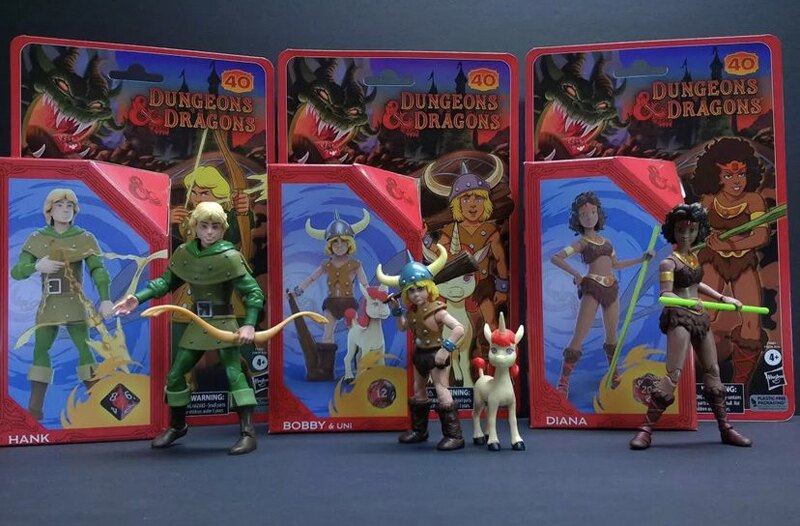 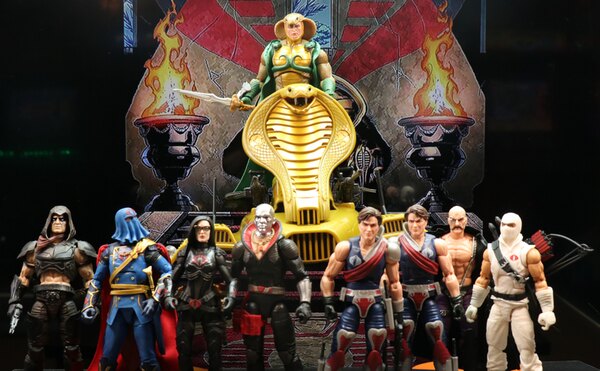 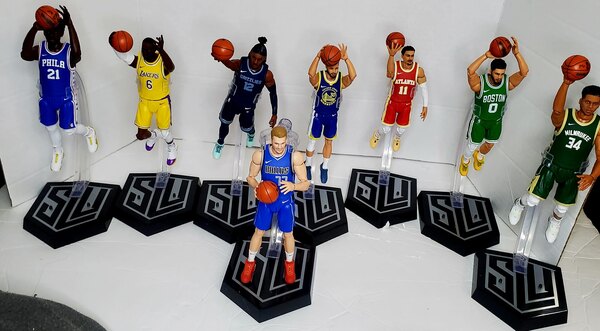