All New Dexter Bust To Be Unveiled At C2E2

Dark Horse Comics
by Jay Cochran
April 15, 2010
Dexter Morgan, recently of Miami, is now securely detained and immobilized in a sculptural facsimile limited-edition bust. He is slated for release in July.

These days, America's favorite serial killer has gone from freewheeling bachelor to doting dad. Maintaining an average-guy facade while satisfying his need to kill has never been easy. But now, after being drawn into a deadly game with The Trinity Killer, a killer every bit as dangerous and conflicted as he is, last season’s shocking finale has left him dealing with the devastating consequence of his own actions.

In bringing the SHOWTIME® character, brilliantly portrayed by recent Golden Globe® and Screen Actors Guild Award winner, Michael C. Hall, into a sculpture, Dark Horse wanted to capture both “sides” of Dexter. Their solution: viewed from the front, he is examining a blood spatter slide, as he would do in his job for the police. But danger lurks hidden behind his back, as evidenced by a razor-sharp blade.

The detailed sculpture re-creates Dexter’s signature knit shirt, right down to the weave of the fabric. The likeness of Michael C. Hall is spot-on, sculpted expressly for the Dark Horse project by the artisans at Gentle Giant Studios, who are recognized as industry leaders in the collectibles and filmed entertainment fields.

The Dexter limited-edition bust is a hand-painted, numbered edition. It is produced under license with the cooperation and participation of Showtime Networks and Michael C. Hall. It will be packaged in full-color collector packaging, and contains a Certificate of Authenticity. Release is slated for August, 2010. Fans will have the chance to see the piece in person at this weekend’s C2E2 convention in Chicago.
Image 1 of 2 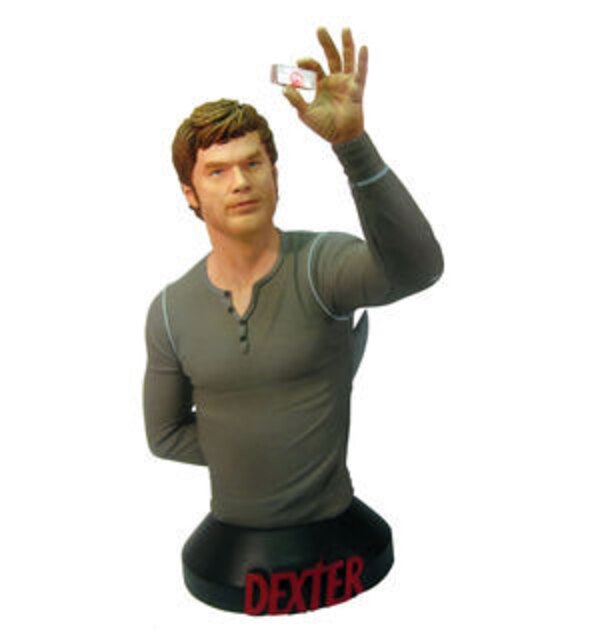 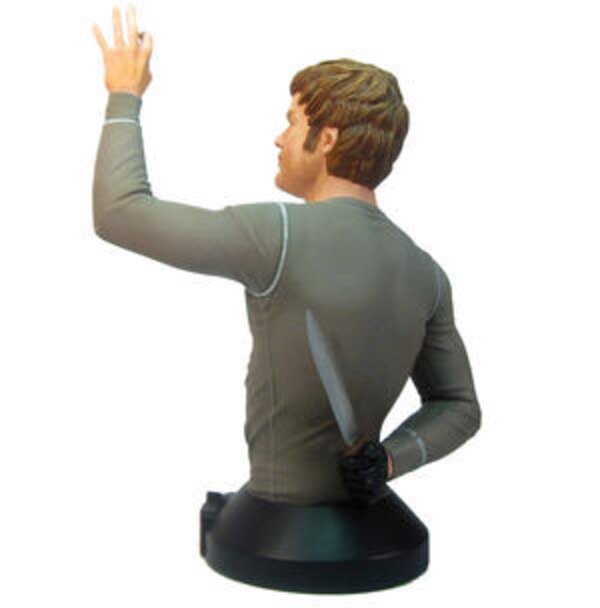 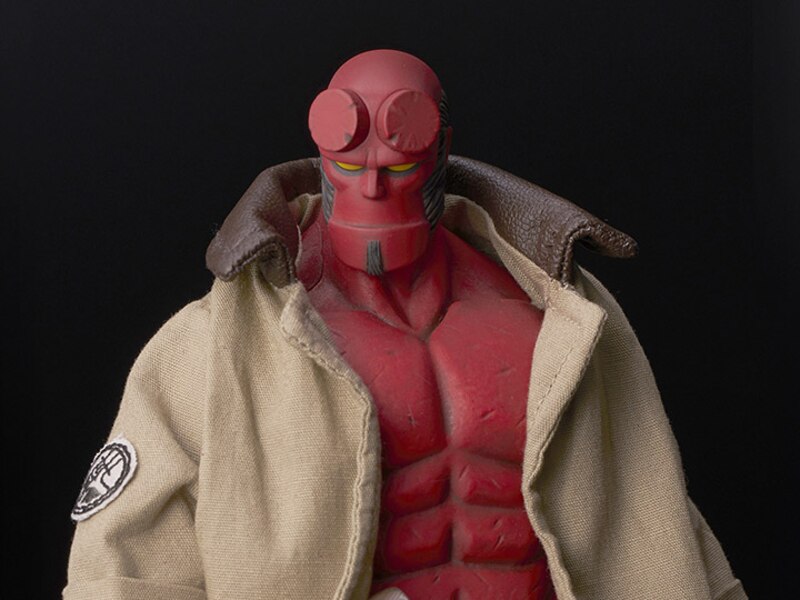 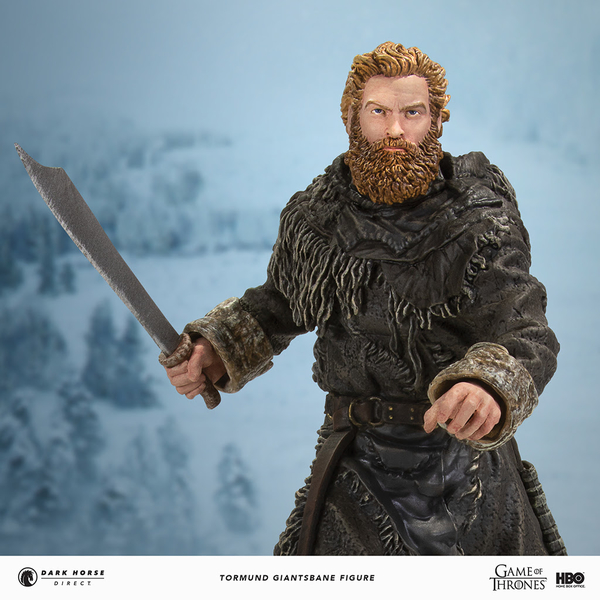 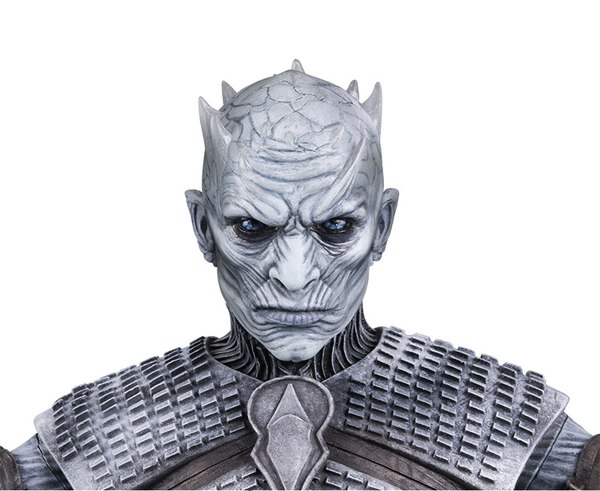 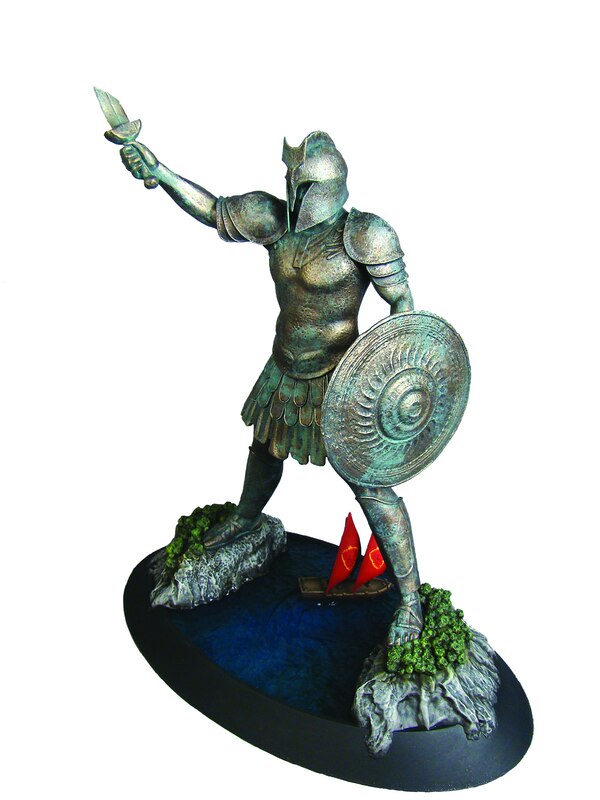 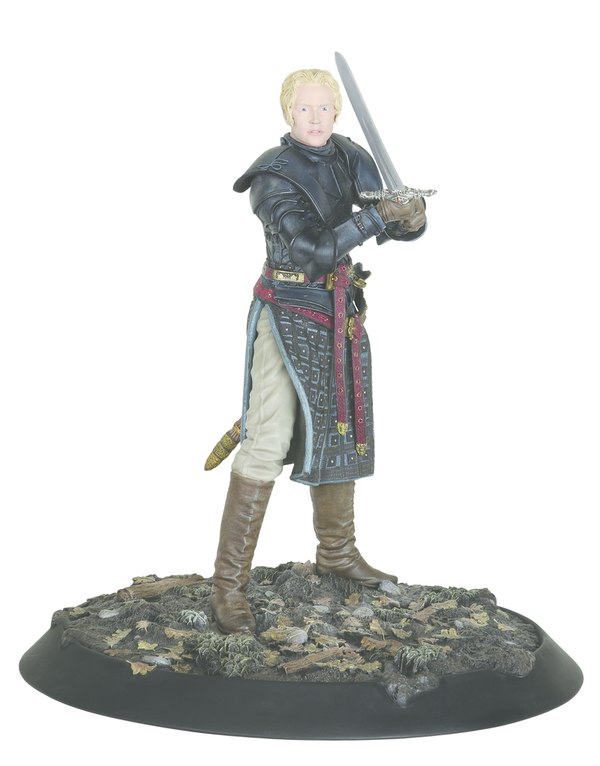