There Be Whales...Mechawhales That Is

The Story of the Mechawhales:
In the distant future mankind is aided by intelligent whales in giant robot suits to fight against an invading army of alien marauders. Will the Mechawhales save the day? Find out in a series of animations available at: https://mechawhales.com/

The Mechawhales Figure:
The Mechawhales figure is 5.5 inches wide and 3.5 inches tall. It is made from PVC and has a highly detailed paintjob. The shoulders, wrists and tail can be rotated. The figure comes in a collector friendly box that makes it very easy to take the figure out of the packaging and putting it in again. It also comes with a cardboard diorama for displaying the figure outside the box.
• Manufacturer: Deep Fried Figures GmbH
• Designer: Hauke Scheer
• Articulation: 5 points (shoulders, wrists, tail)
• Measurements: ca. 3.5 inches tall, 5.5 inches wide, 5.5 inches deep
• Material: PVC
• Suggested Retail $45

His work can be seen on his DeviantART page.
Image 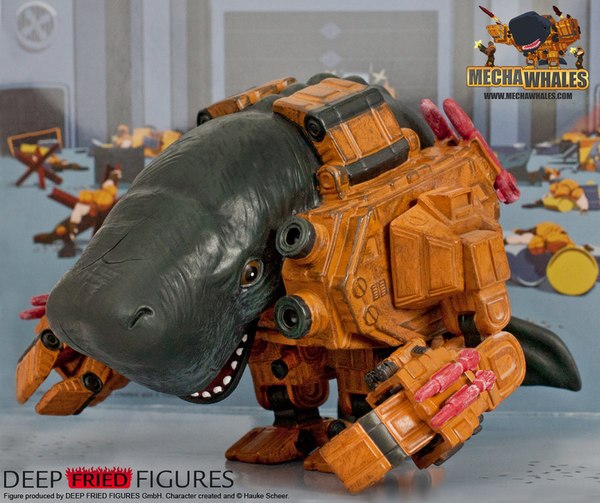 Search Online Stores for There Be WhalesMe

There Be Whales...Mechawhales That Is