- Over the course of the next hour be sure refresh you browser as we will be updating this page often.

- On today's panel for Hasbro is Derryl DePriest and John Warden.

- John has double duty as he is working on G.I. Joe and movie products for the 4th Transformers movie.

- There will be nothing new shown today that wasn't already shown at Toy Fair in February due to the movie delay.

- Hasbro says they are happy with the outcome of Retaliation and feel confident a new foundation for G.I. Joe is being built to ensure the longevity of the line.

- Hasbro confirms the rumors that a 3rd G.I.Joe movie has been green lite by Paramount.

- The Battle Kata was phased out of the G.I.Joe: Retaliation movie because they felt Roadblock was developing as a great character on his own without the gimmick.

- G.I. Joe Retaliation wave 3 figures have been delayed till July but should ship in greater quantities.

- The Data Viper is a new character made from real world ideas,drone, helmet. They are a moving network of tech support. The helmet offers multi-vision, using four cameras on the drone. The Data Viper uploads it's data to Drones so the data is always available even if the Viper is killed.

- The Ultimate Cobra Commander is a completely new sculpt.

- Ultimate Duke comes with an alternate head so it can be used as an army builder.

- Wave 4 will include figures that where not shipped in large numbers before along with a few new items. This is to try and get all the figures out into the hands of the consumer. Wave 4 includes Blind Master, Cyber Ninja, Dark Ninja Warrior, Joe Colton, Jinx, Lady Jaye, Night Viper, Red Cobra Trooper.

- Dollar store figures are being resupplied. Dollar general wave 2 will be at TJ maxx, Marshall's and online.

- Night Landing raft with Eel will have a running change with the Cobra Logo. We will start seeing it in August without the logo, but later corrected versions will have the Cobra logo.

- The Fang boat is supposed to be boat in movie,they used what they had available at time.

- We could see a possible re-deco of the Combat Cruiser released to better match the transport vehicle shown at the beginning of Retaliation.

- Hasbro influenced the Ghosthawk design. The studio liked it and used it in the movie.

- The interior of the Eaglehawk helicopter was redone to give it more details. Hasbro really tried hard to improve upon the original design and it's flaws for this new toy. It has improved rotors, tons of footpegs, and lots of attachments for ziplines so you can have an entire team deploy from the copter at once. It will also have multiple decals you can use for customizing.

- The second series of Micro Force has been planned but is currently on hold with no street date.

- Hasbro very happy with the quality of their G.I. Joe Kre-O's.

- Wave 2 of Kre-O will hit in the fall and remain a TRU exclusive. This includes the Ghost Striker & Arashikage Dojo sets.

- The SDCC Exclusive this year which will be released at a later date will fill a void left by past SDCC exclusive. Folks will be surprised by the number of 3.75" figures included in it.

- Plans for 2014 and the 50th anniversary are still being worked on.

- Movie accurate Cobra Helicopter is possible but nothing is planned in the foreseeable future.

- Jonathon Pryce Zartan as president figure a possibility???? Hasbro has ideas for this figure and wants to see it made.

- The GIJoe Club will try to work on getting SDCC exclusives to fans easier.

- Zombies are big, but they are still staying in the vault till they find out how to use them.

- Hasbro will be bringing back articulation to G.I.Joe vehicle pack-in figures. No more of the 5 points of articulation.

- The Eaglehawk Helicopter will be a TRU & Online exclusive. No Target or Wal-Mart. 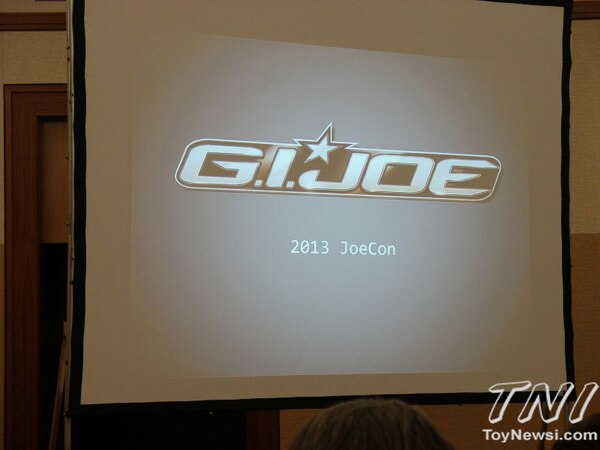 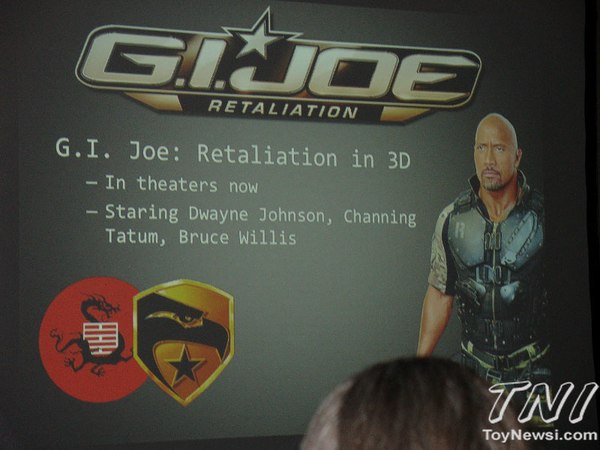 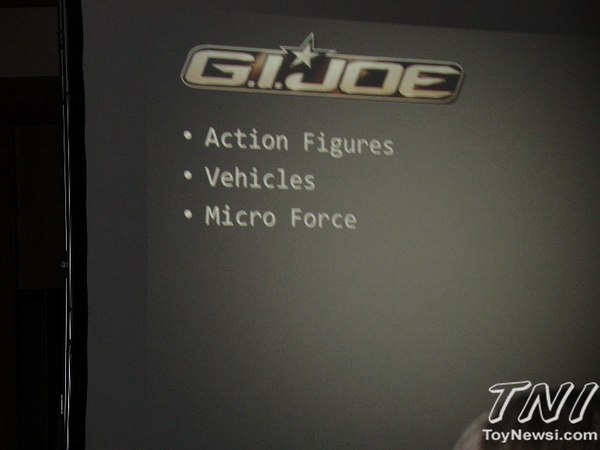 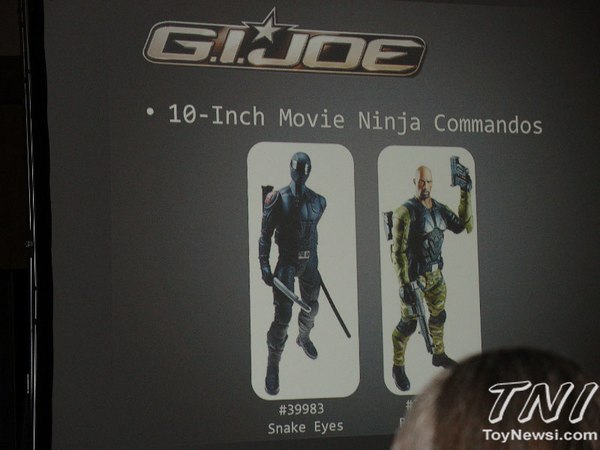 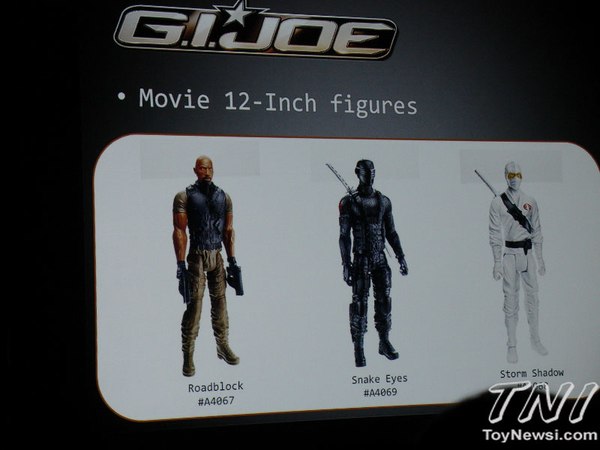 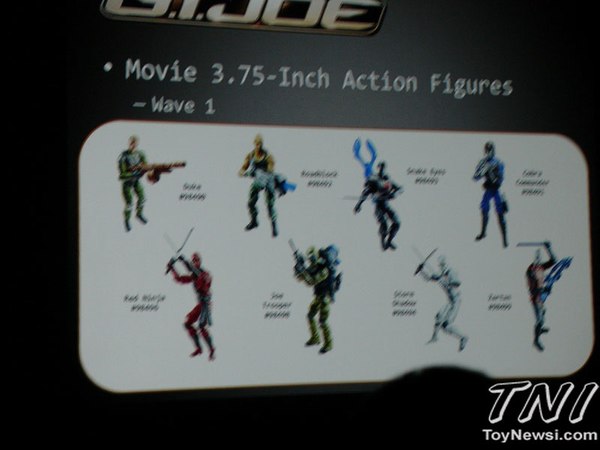 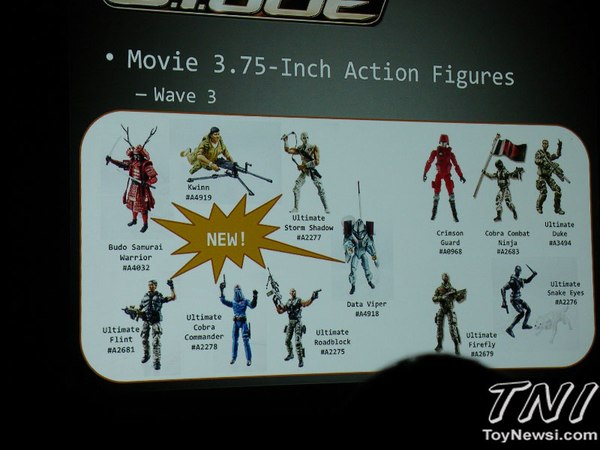 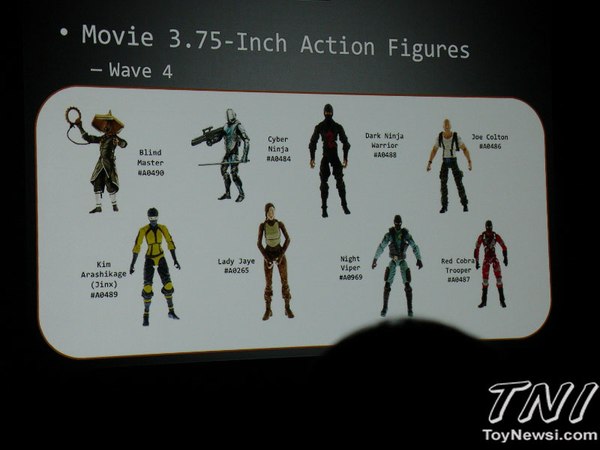 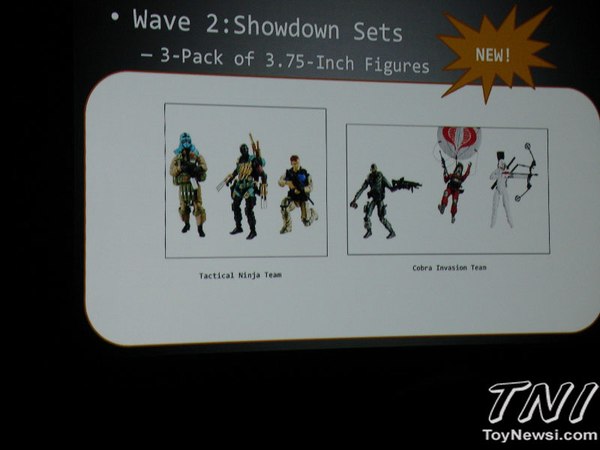 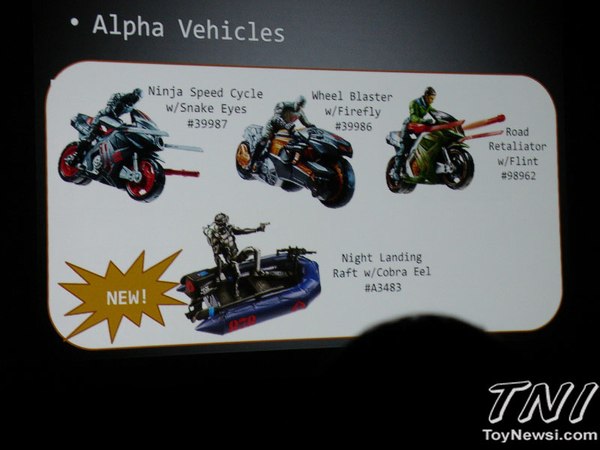 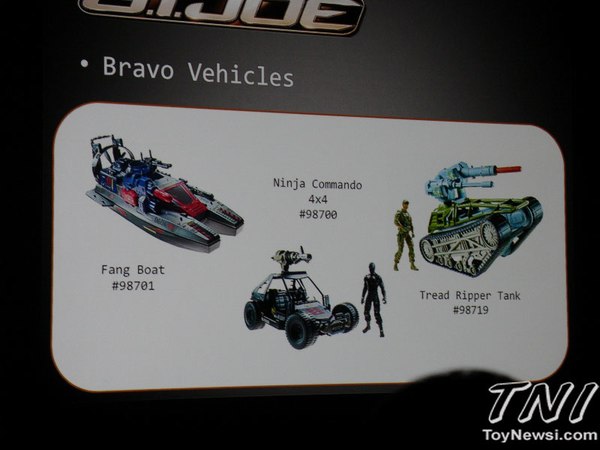 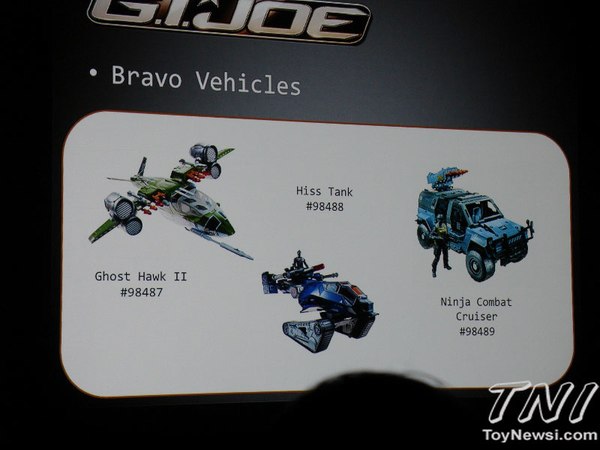 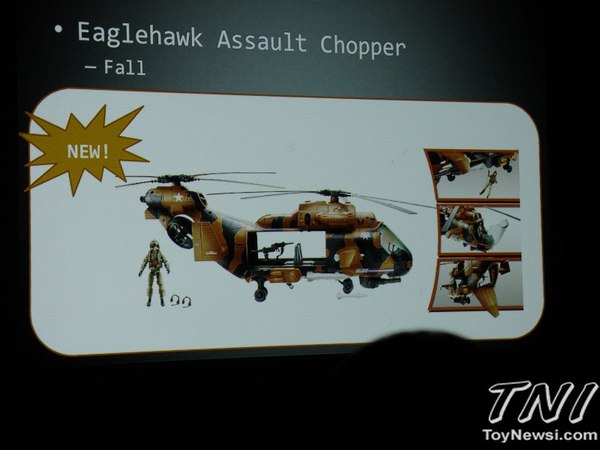 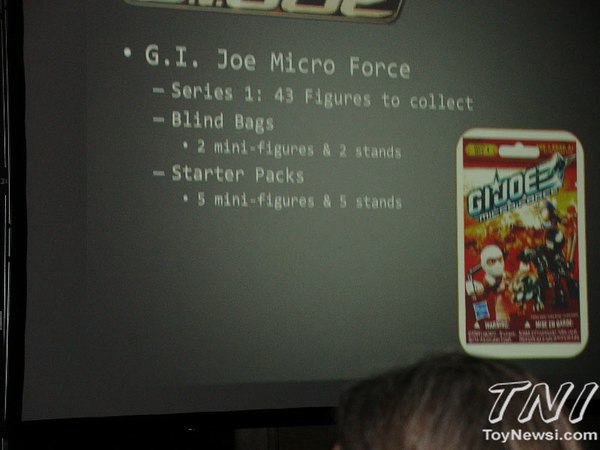 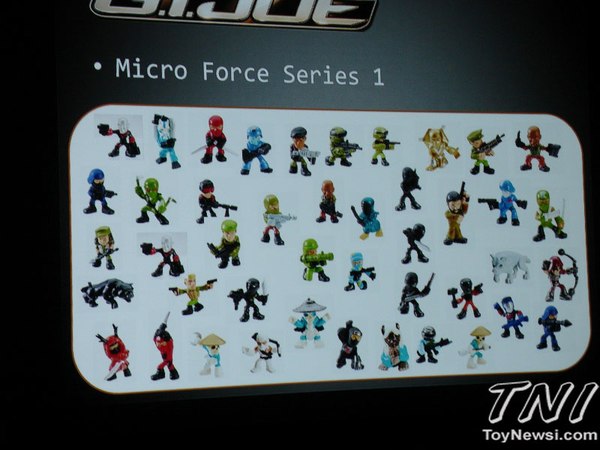 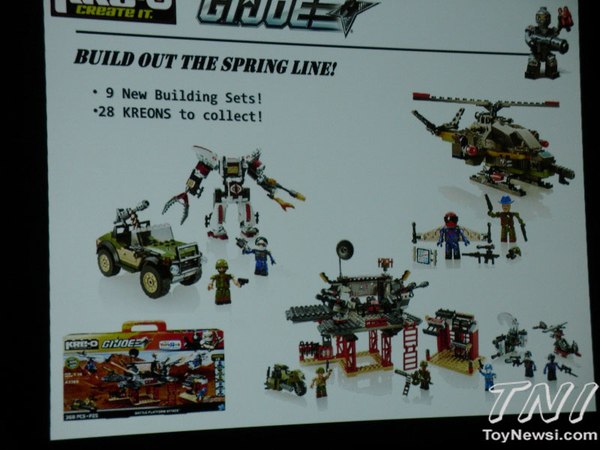 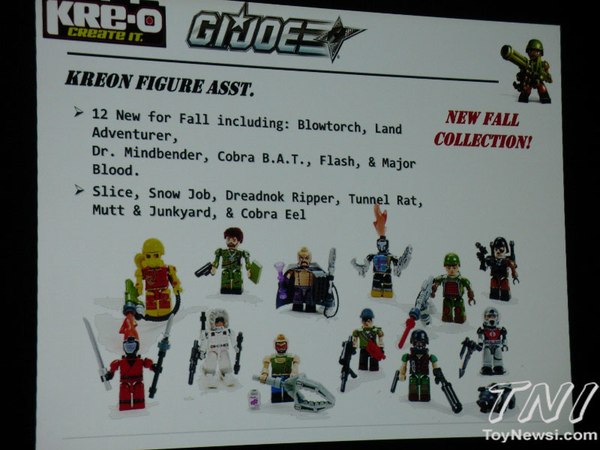 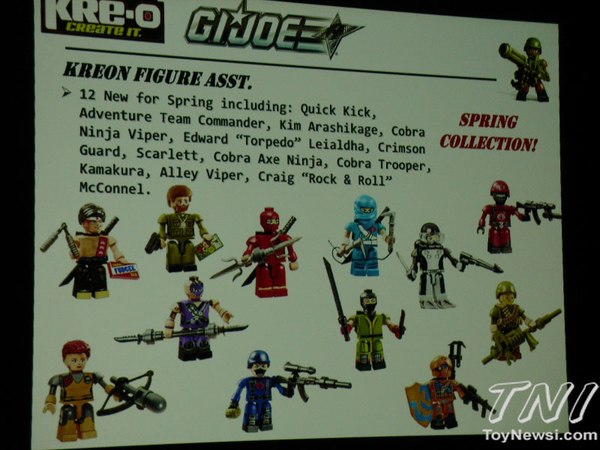 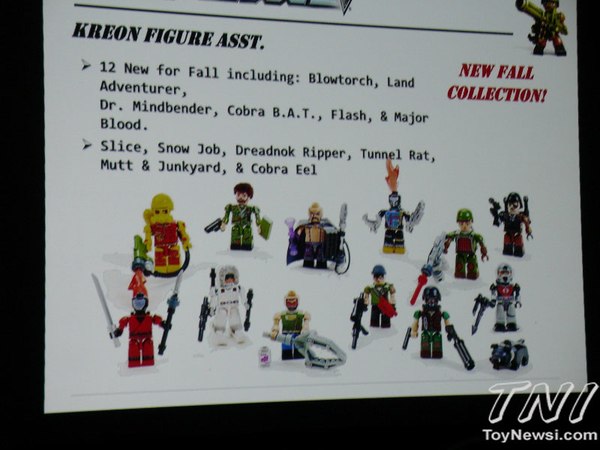 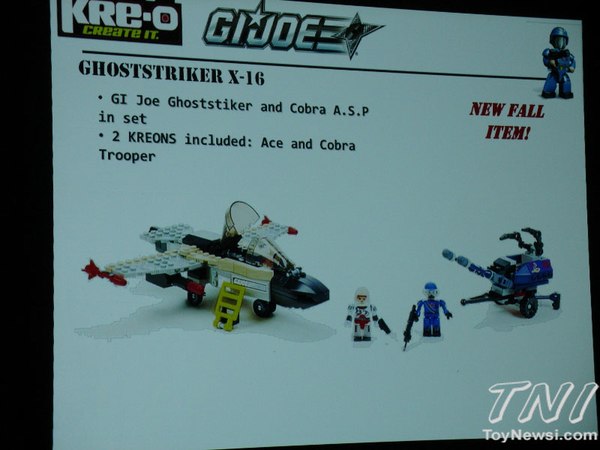 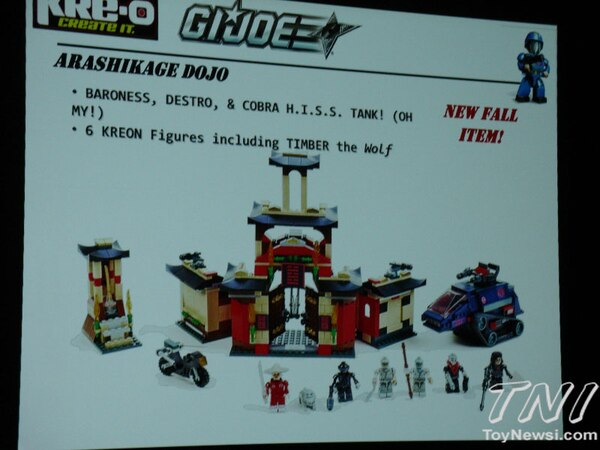 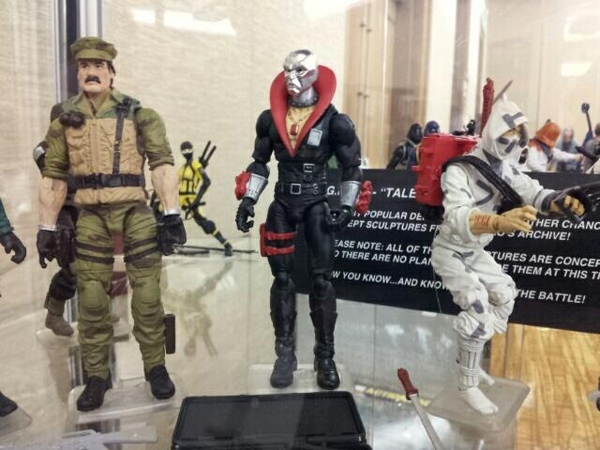 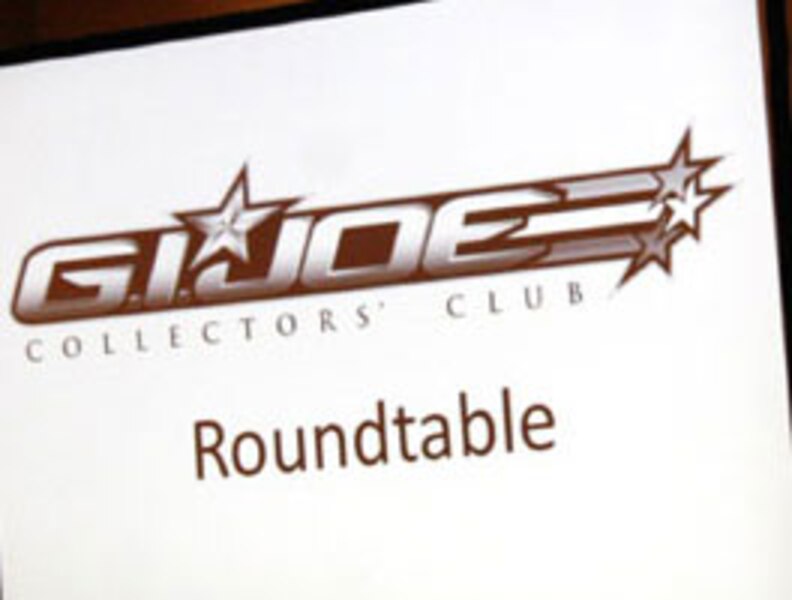 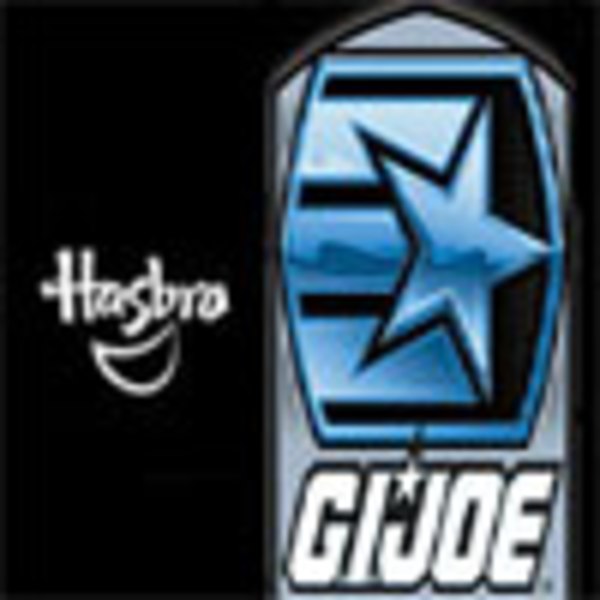 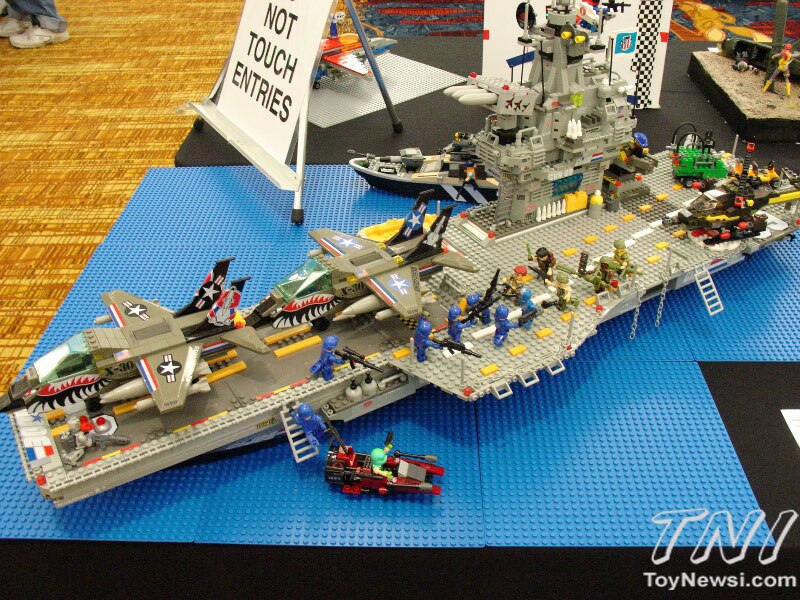 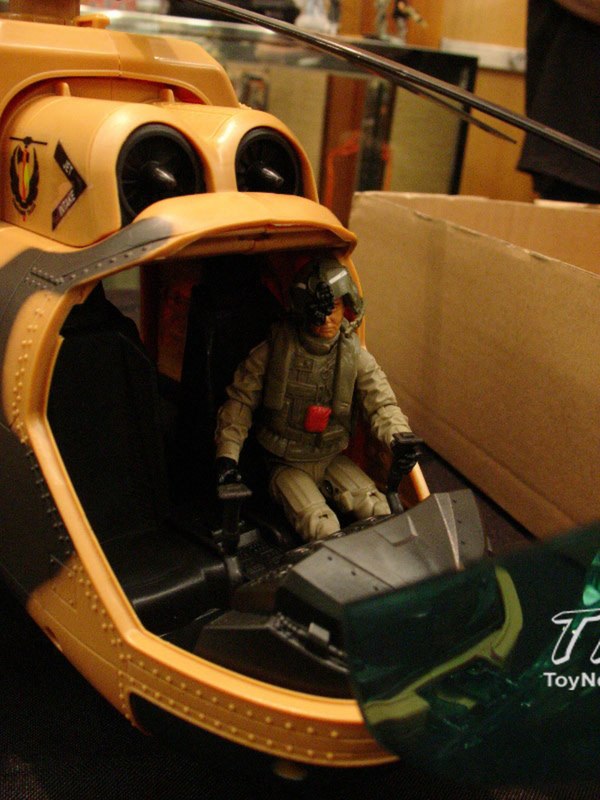