Super 7
by Jay Cochran
May 19, 2020
Super7 is excited to announce Wave 2 of the New Japan Pro-Wrestling Ultimates figures! Each 7-inch super-articulated deluxe action figure comes straight from The Ring to you, accurately painted, detailed, and featuring a variety of awesome interchangeable parts and accessories! You can pre-order these figures from our sponsor BigBadToyStore.com.

Bushi
From honing his craft in Mexico to his mascara de luchador, Bushi was a natural fit for Los Ingobernables de Japon. As a part of LIJ, he’s held multiple championships including the Junior Heavyweight Tag Team titles and, as of Wrestle Kingdom 14, the NEVER Openweight 6-Man Tag Team Championship. If his MX facebreaker doesn’t take out his opponent, a dose of his lethal Poison Mist will.

Hiromu Takahashi
With an unpredictable in-ring style and a world outlook that could be called eccentric, Hiromu Takahashi is the wild card of Los Ingobernables de Japon. One of the most dominating Junior Heavyweights on the roster, the Ticking Time Bomb has won the Best Of The Super Jrs and is the current and 3 x IWGP Junior Heavyweight Champion, having recently won the title from Will Ospreay at Wrestle Kingdom 14.

Tetsuya Naito
As the leader of Los Ingobernables de Japon, Tetsuya Naito has taken the world by storm. Having spent time in Mexico in the original Los Ingobernables faction, Naito returned to Japan to take the top spot on the roster and achieve his destino. Throughout his career, he’s looked to make his name unforgettable and he did just that when Tetsuya Naito became the first NJPW wrestler to win Double Gold - IWGP Championship and IWGP Intercontinental Championship - at Wrestle Kingdom 14.

Evil
A supernatural combination of strength and speed, Evil cemented his position within Los Ingobernables de Japon early on by winning the NEVER Openweight Championship and, eventually, the IWGP Tag Team titles. That wasn’t enough for the King Of Darkness, as he brought Kazuchika Okada’s undefeated streak to an end at G1 Climax 27. A win like that is how you welcome the fans and roster alike to the darkness world!
Image 1 of 14 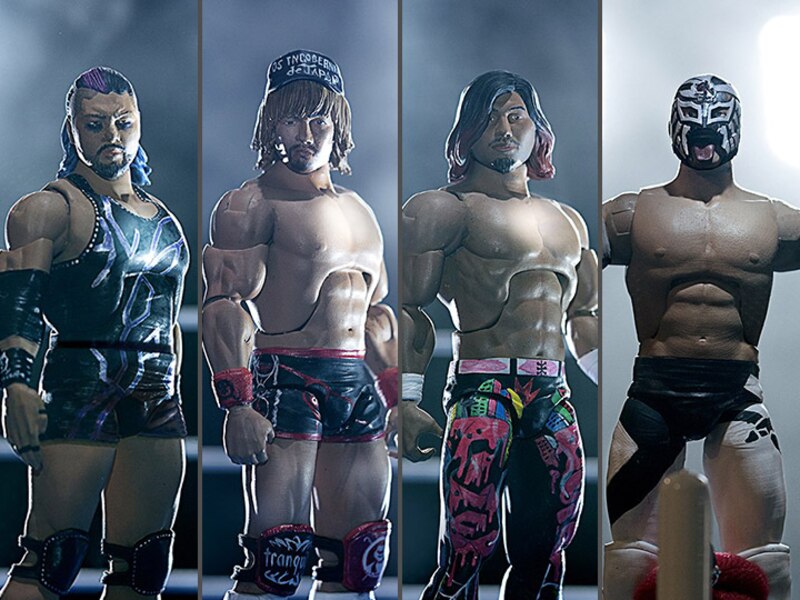 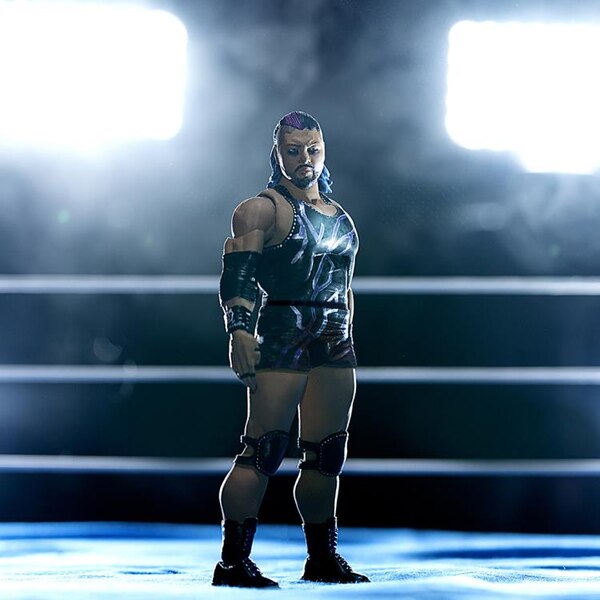 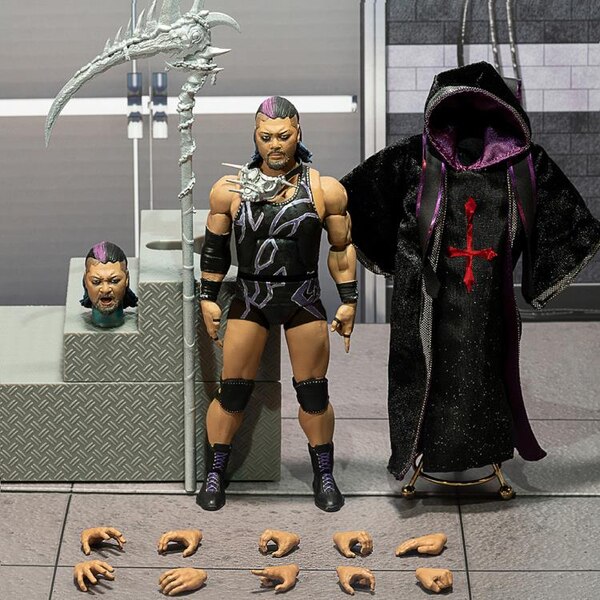 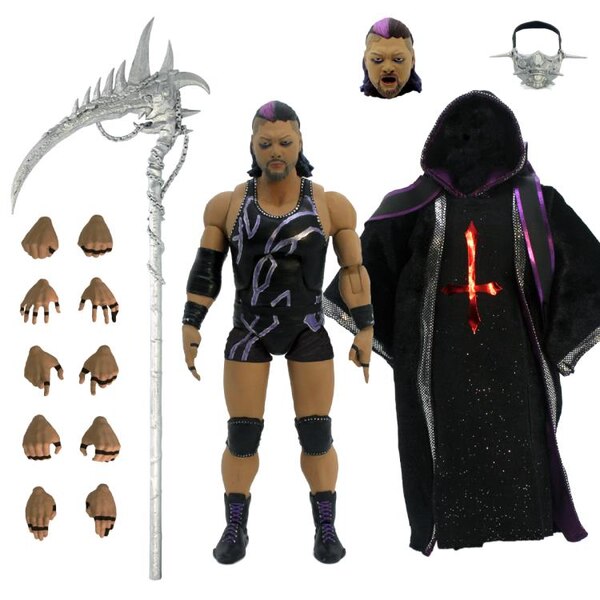 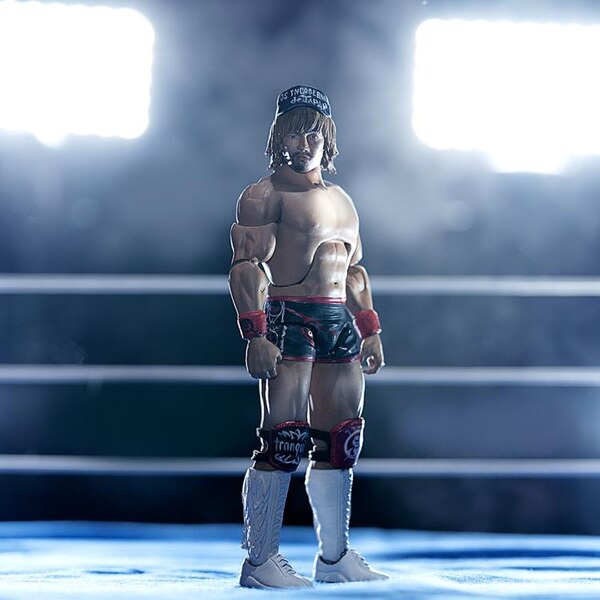 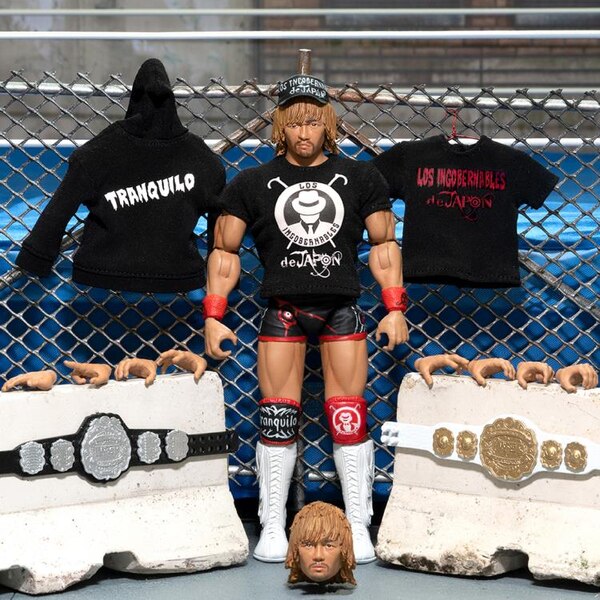 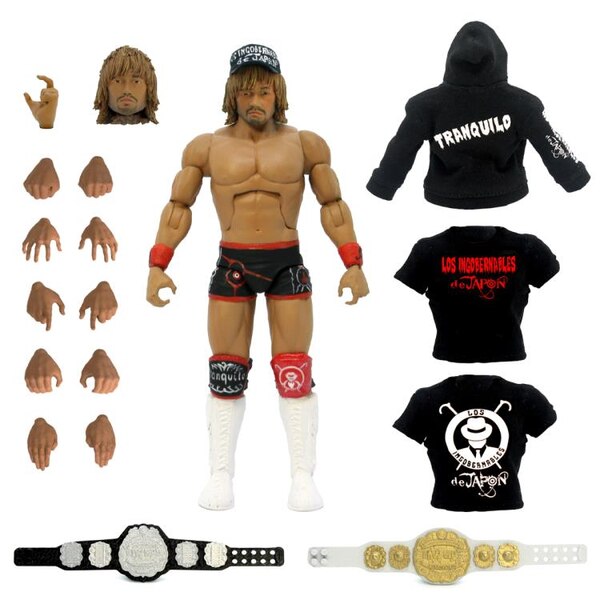 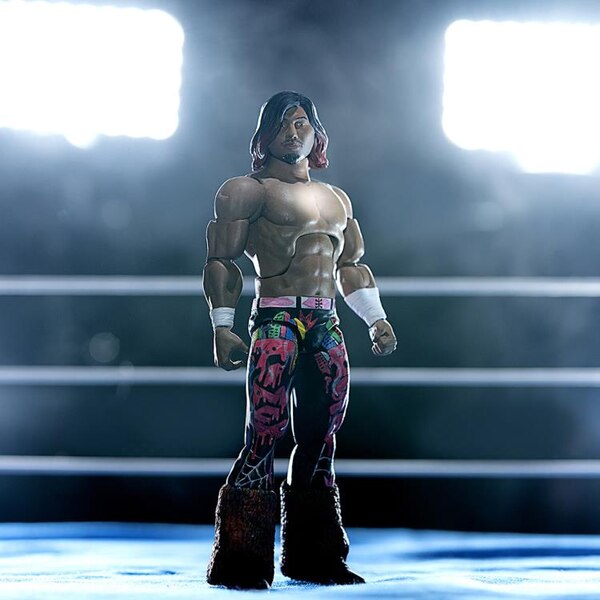 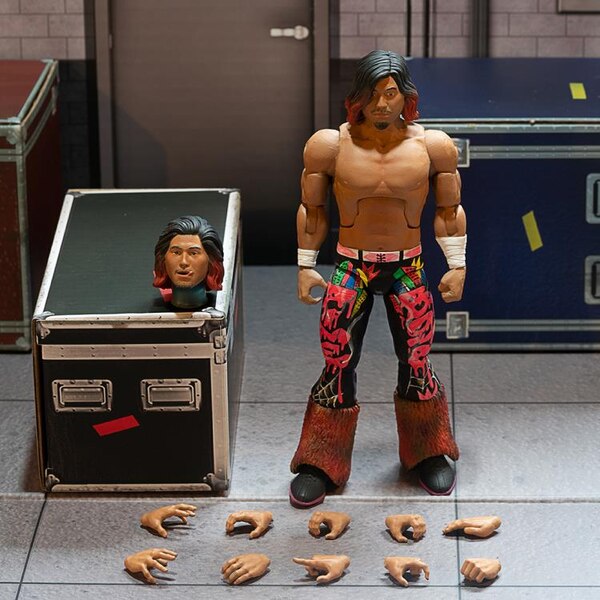 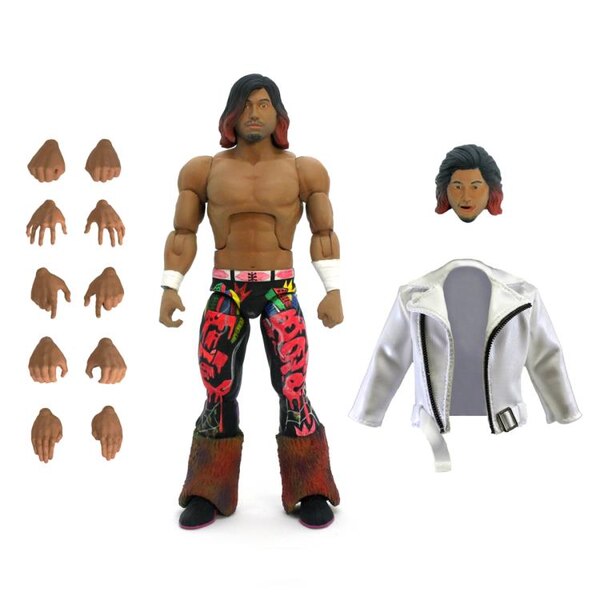 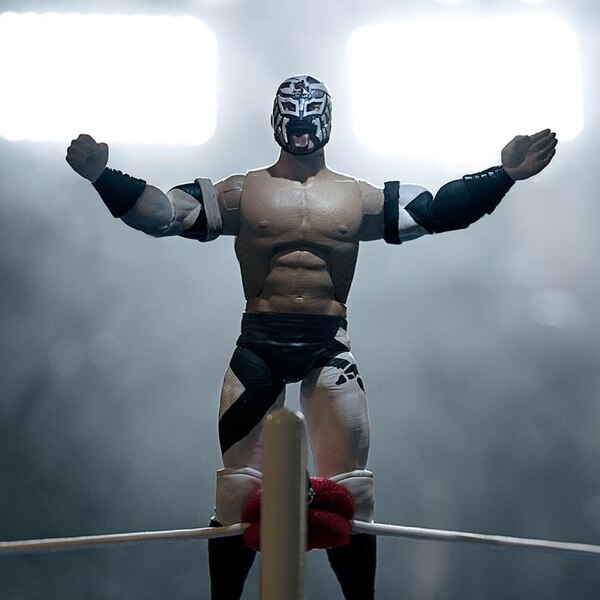 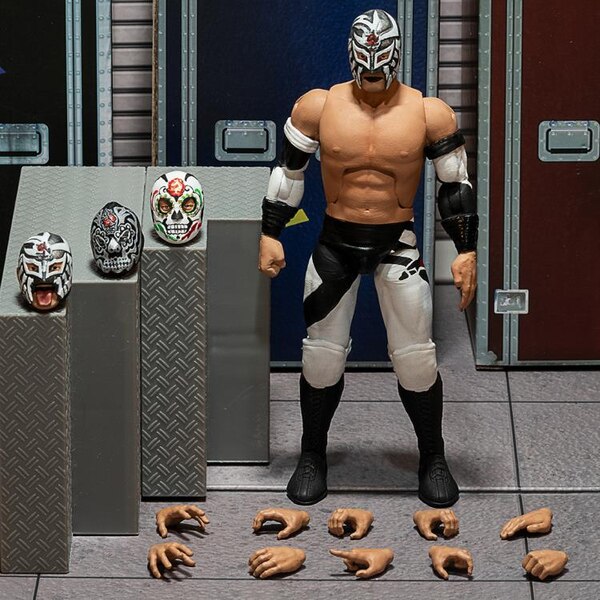 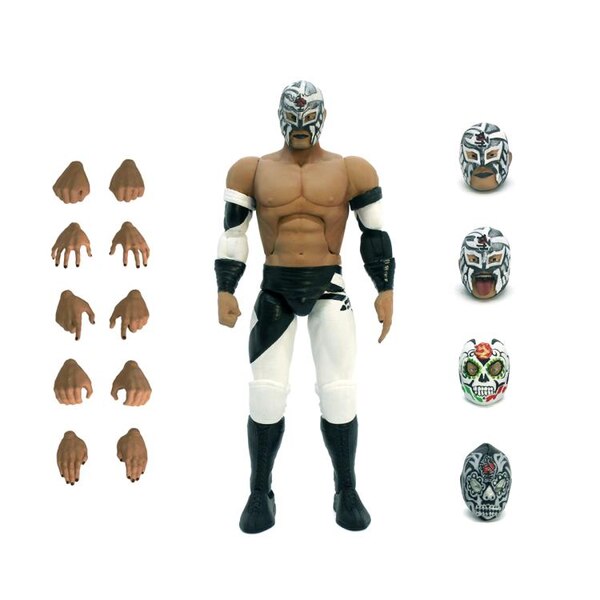 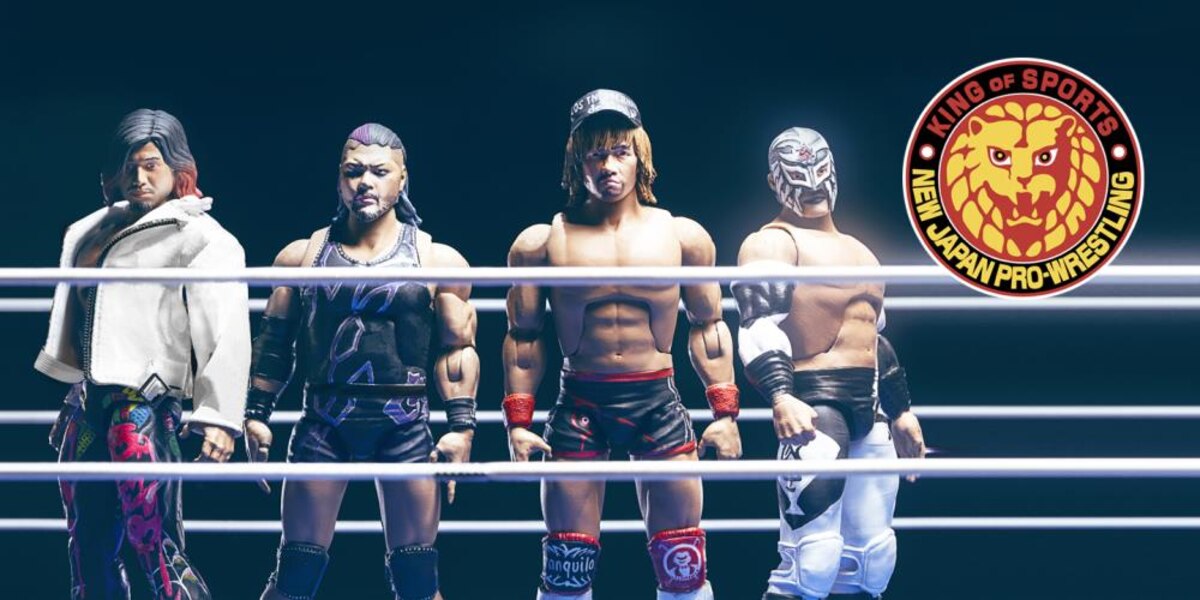 At the very least, I really want to get that Evil figure. The accessories are amazing!

This line is looking very good. So far I would love to get all 8 figures. 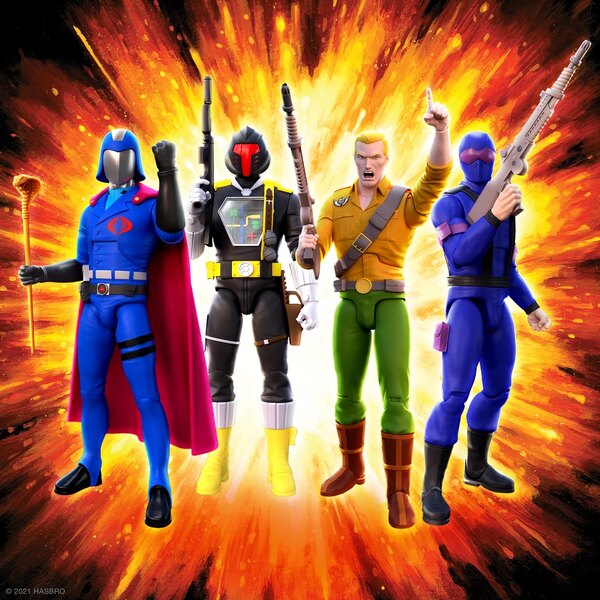 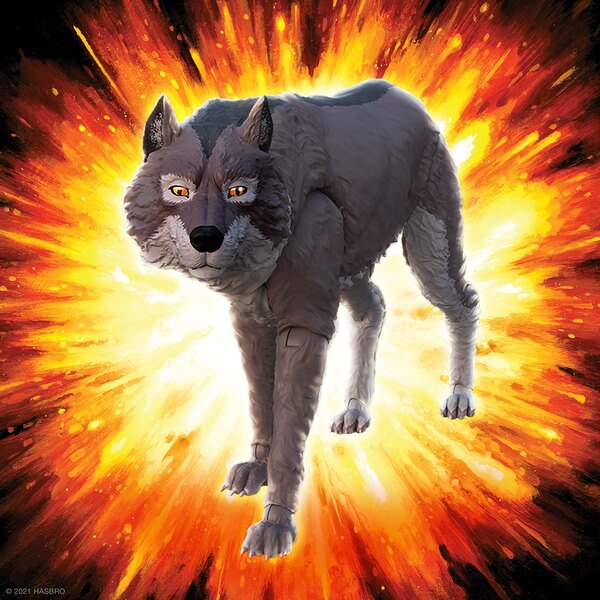 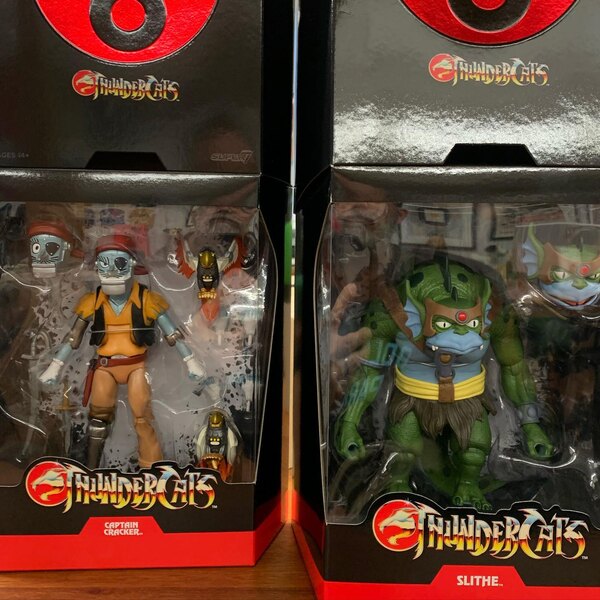 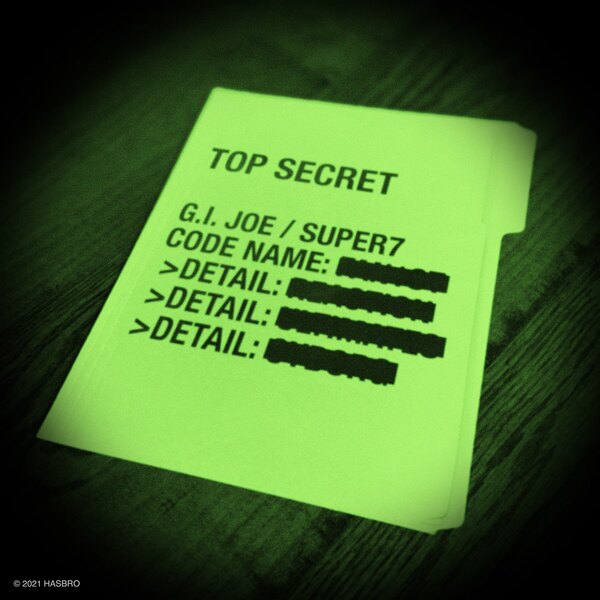 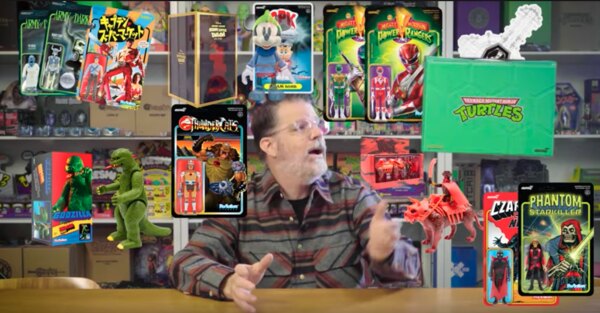