Super7
by Outsiders
August 23, 2021
StevensToyReviews takes a look at the TMNT Ultimates April O'Neil figure from Super7. You can purchase this figure from our sponsor Big Bad Toy Store.

Check out images for this figure below in our GALLERY and be sure to share your own thoughts about it in the COMMENTS SECTION.
Image 1 of 18 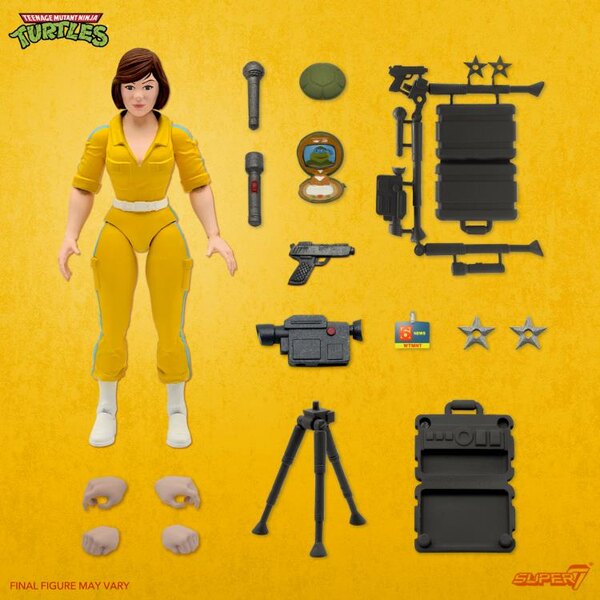 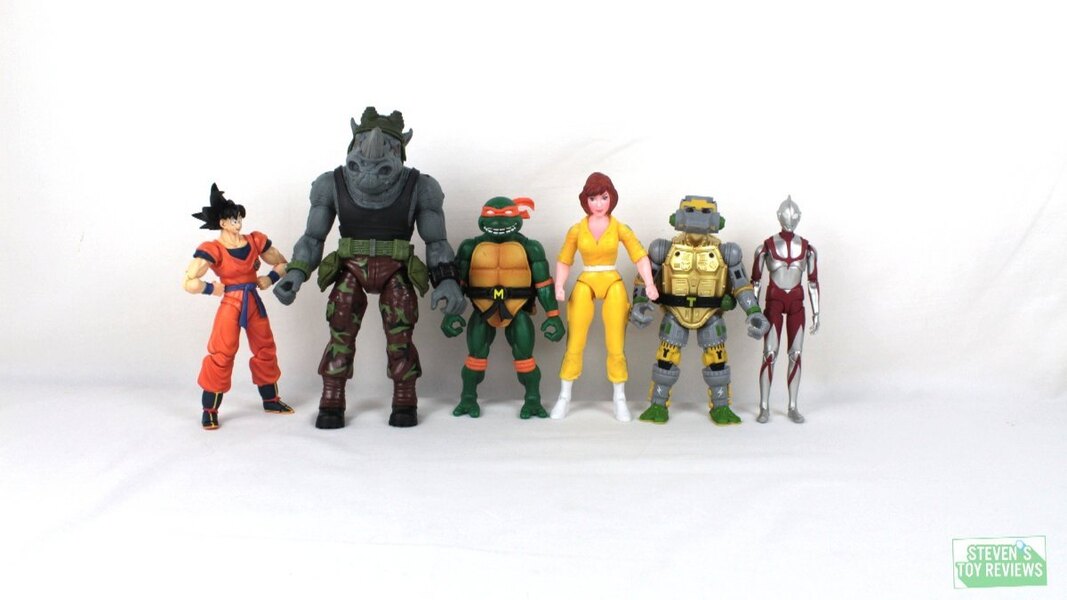 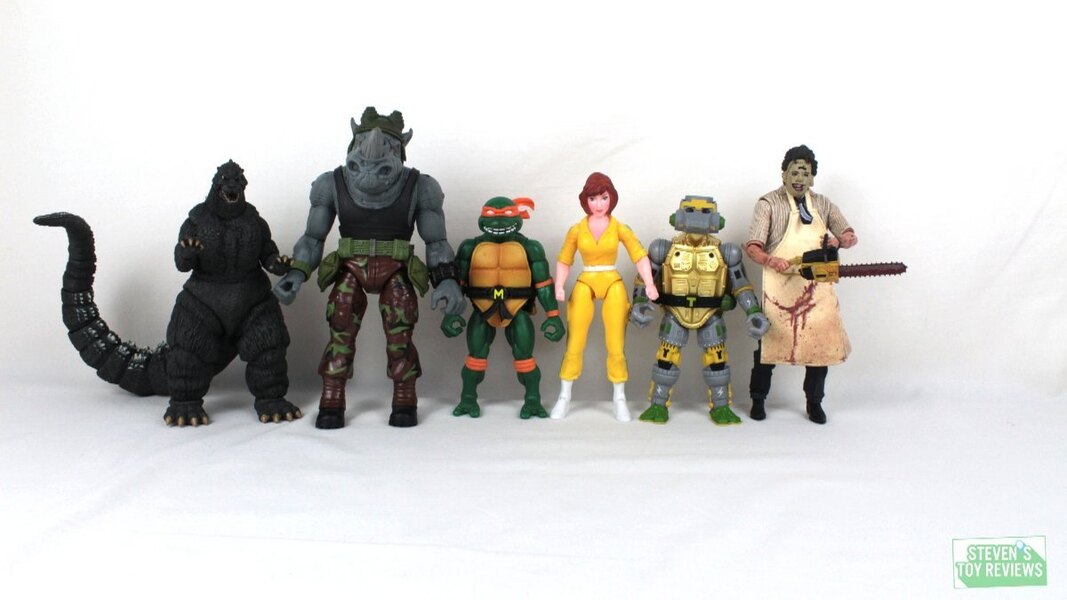 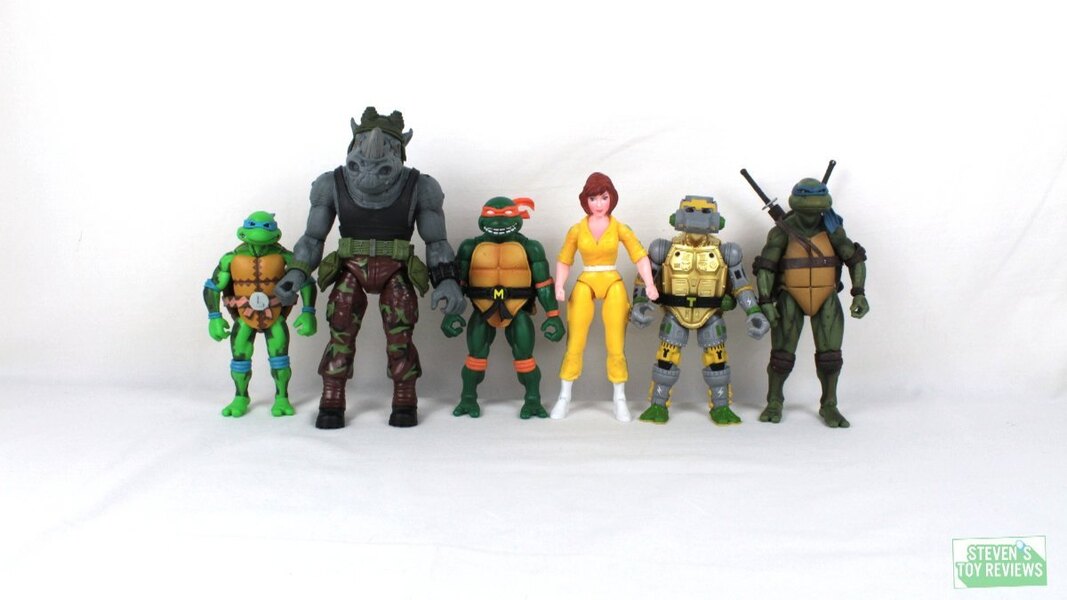 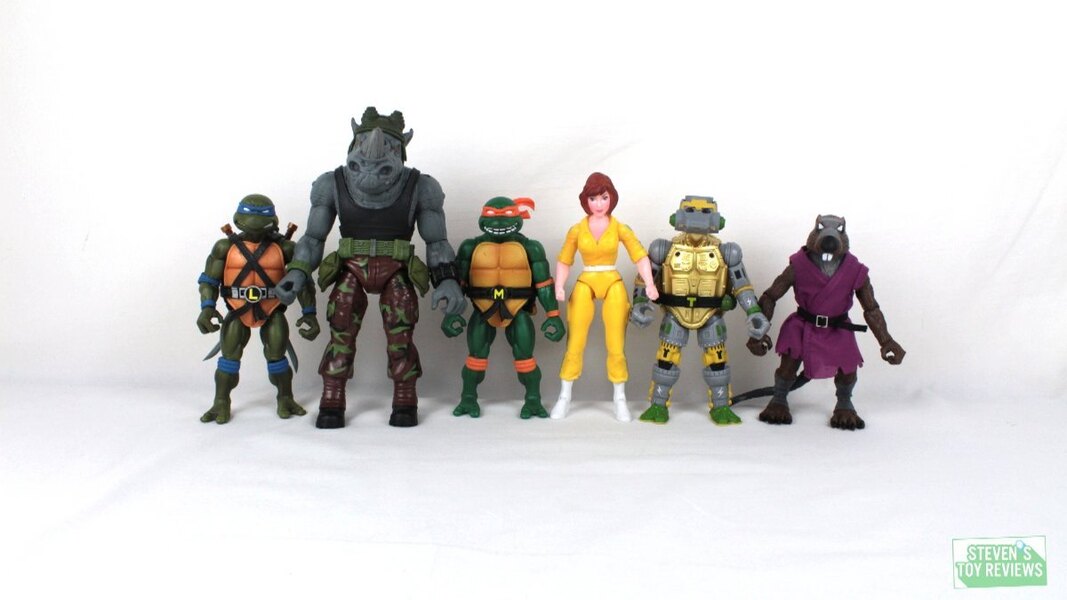 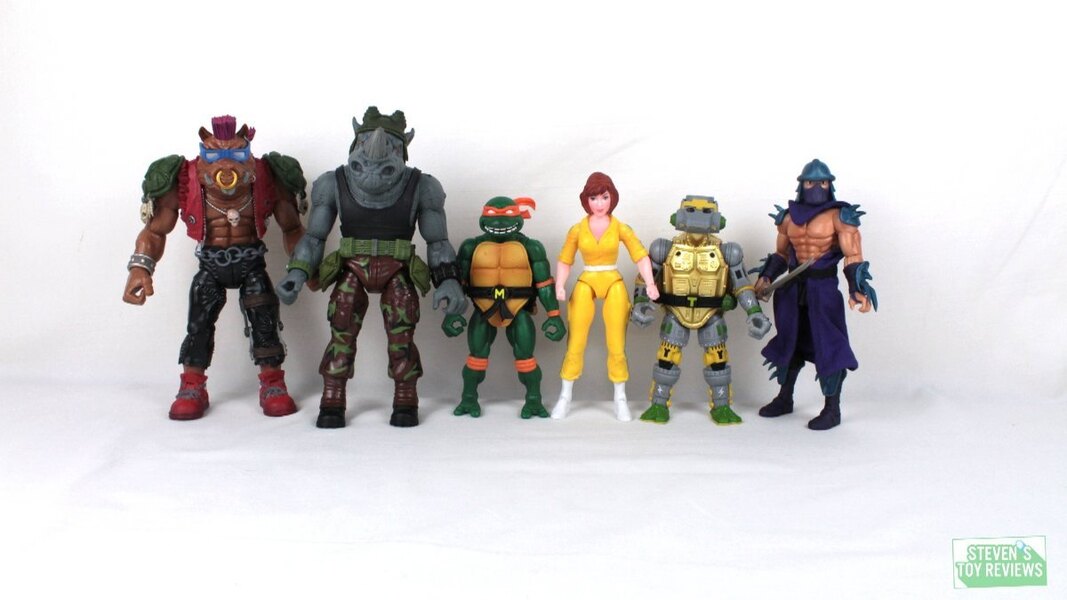 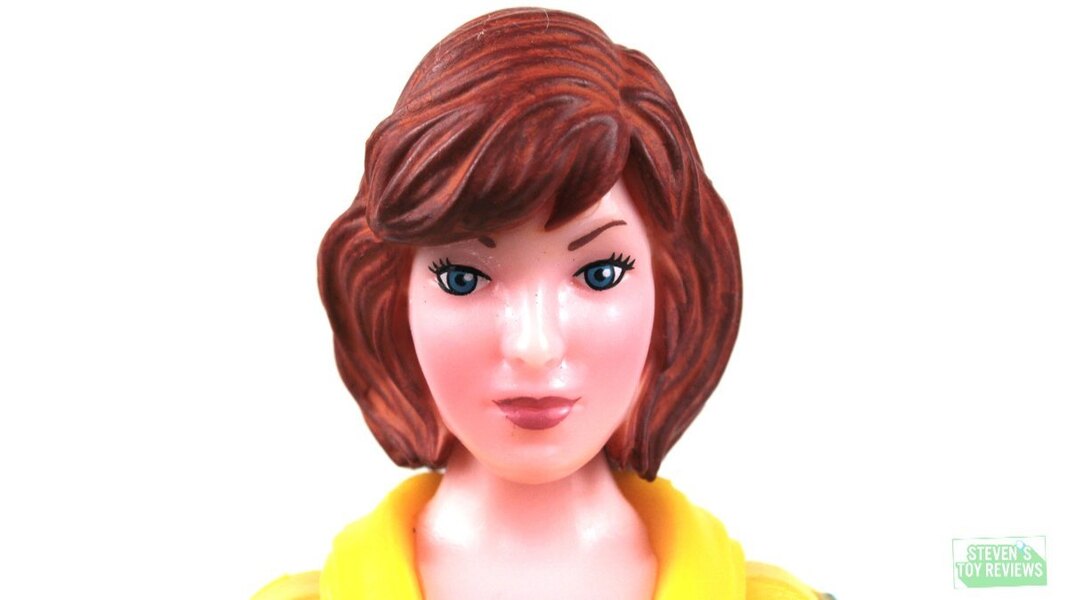 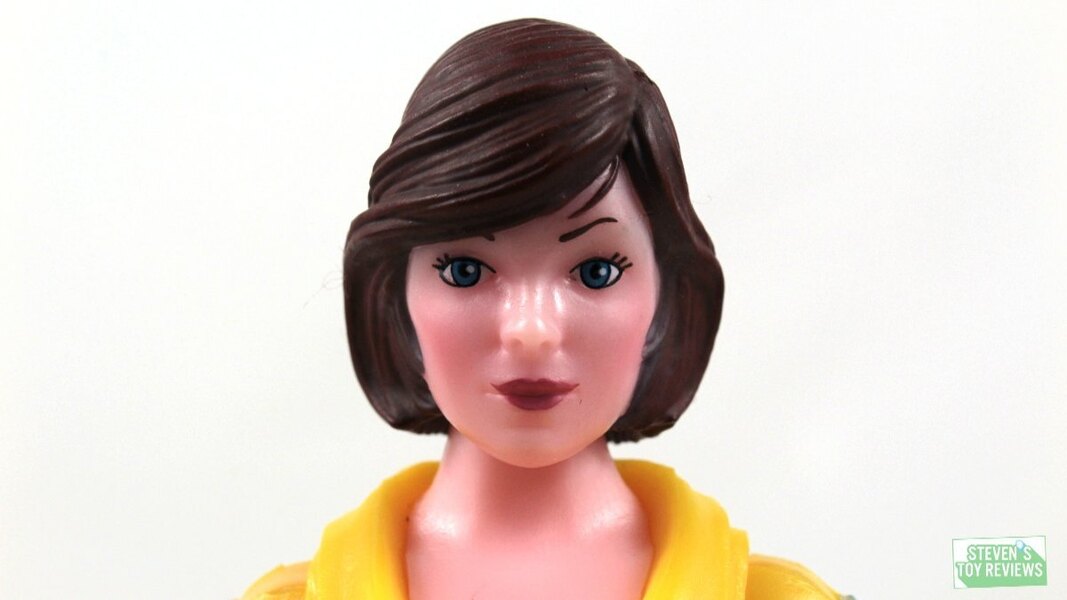 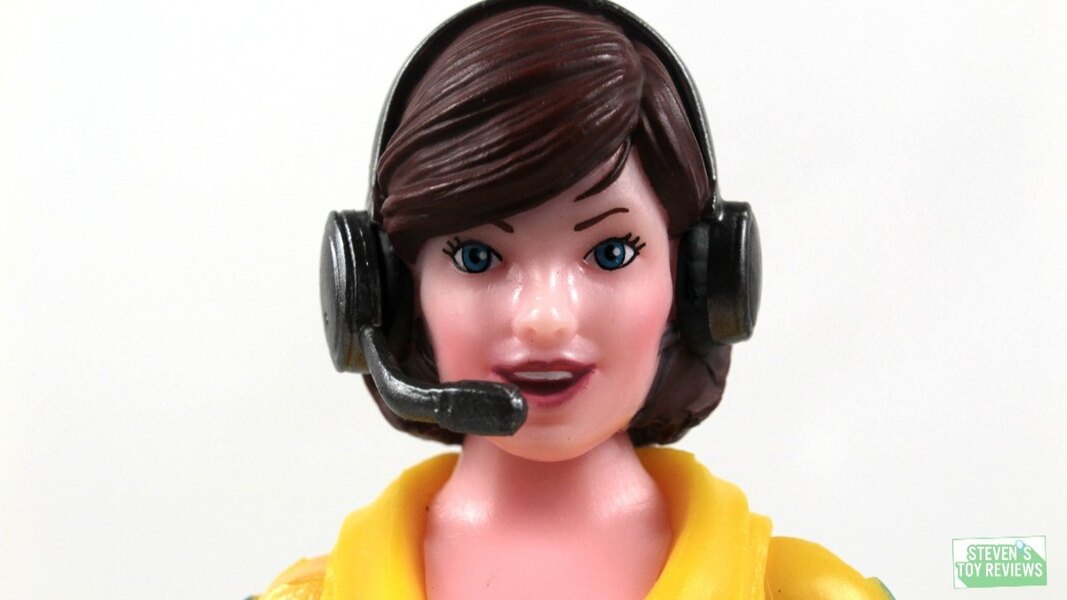 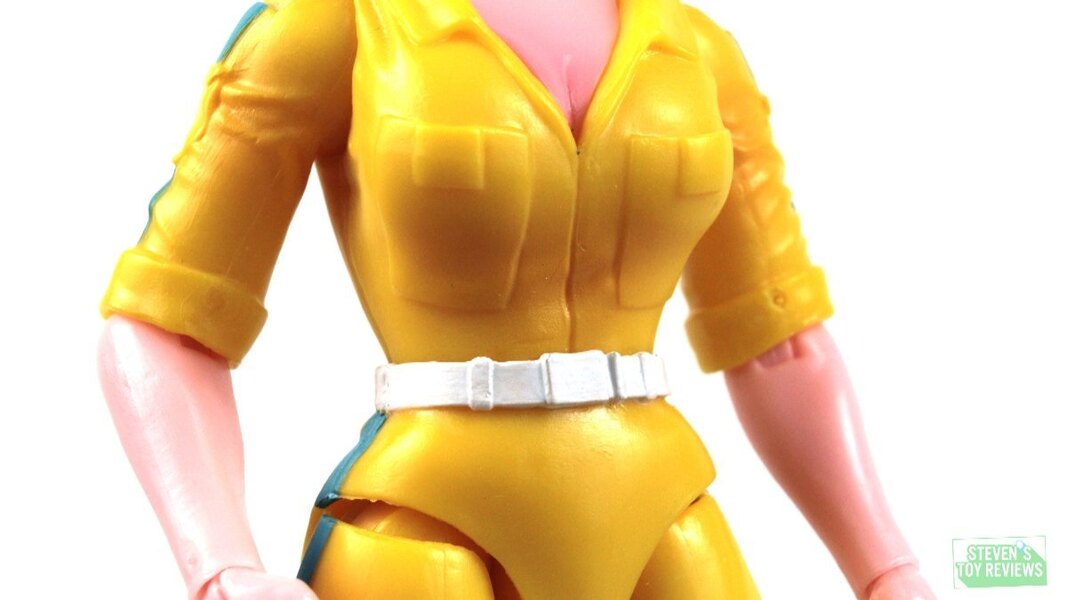 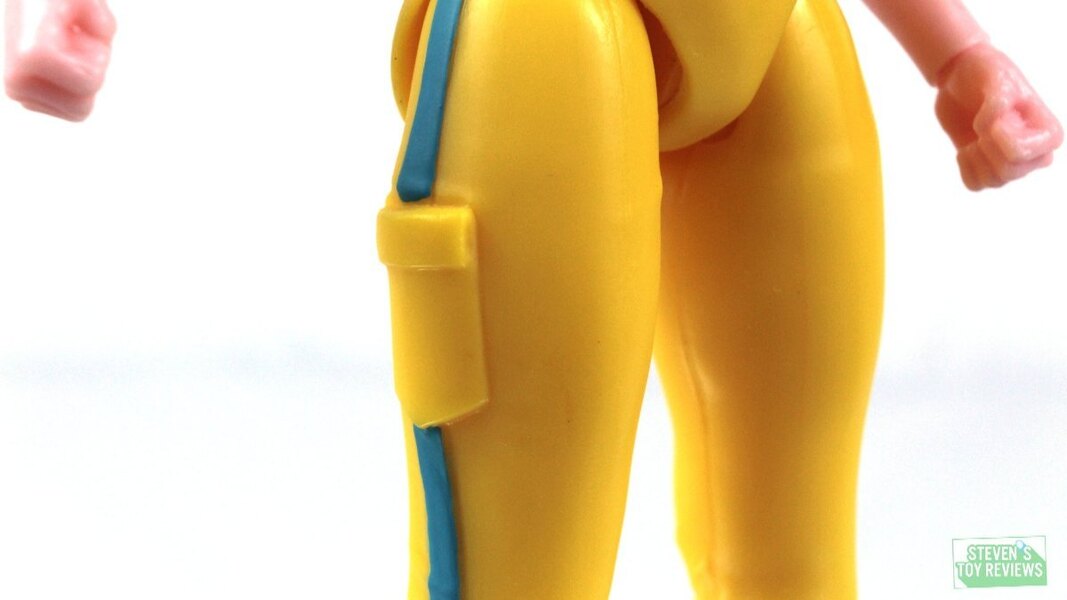 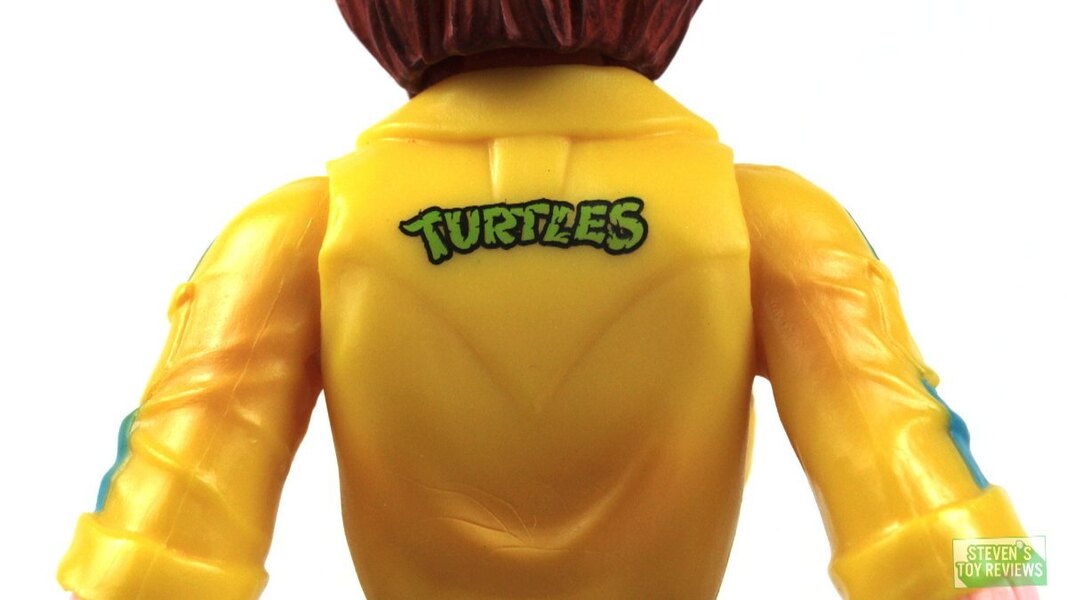 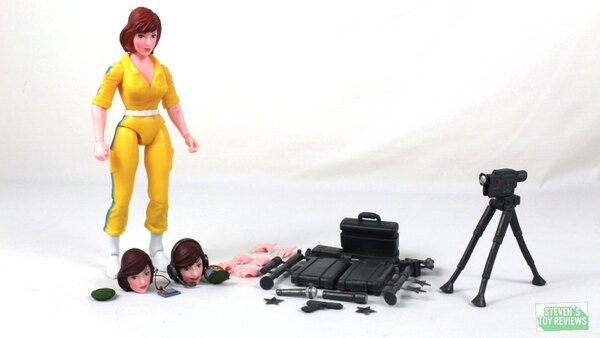 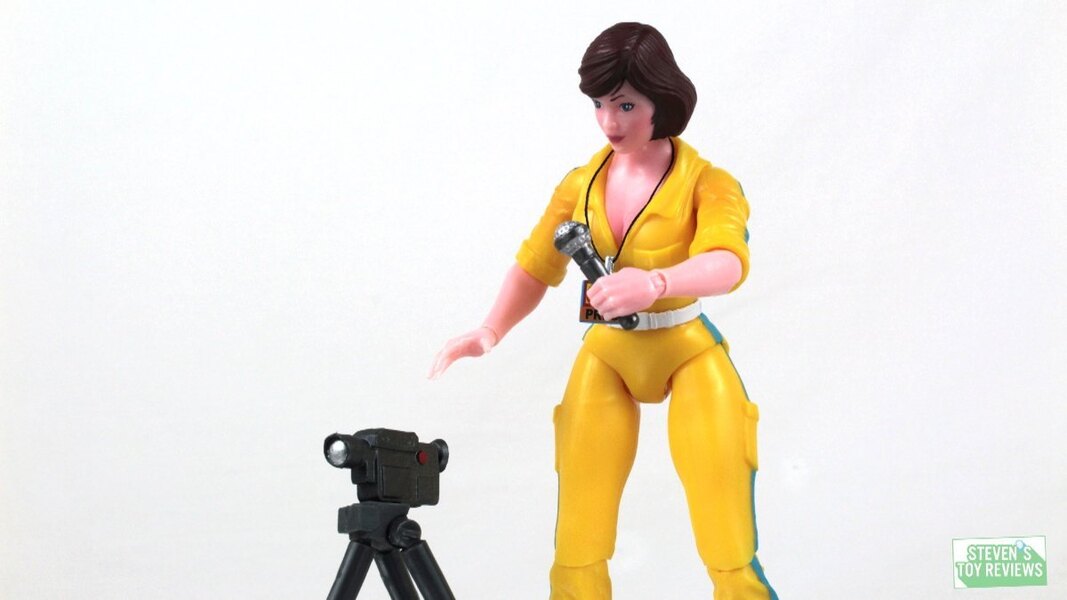 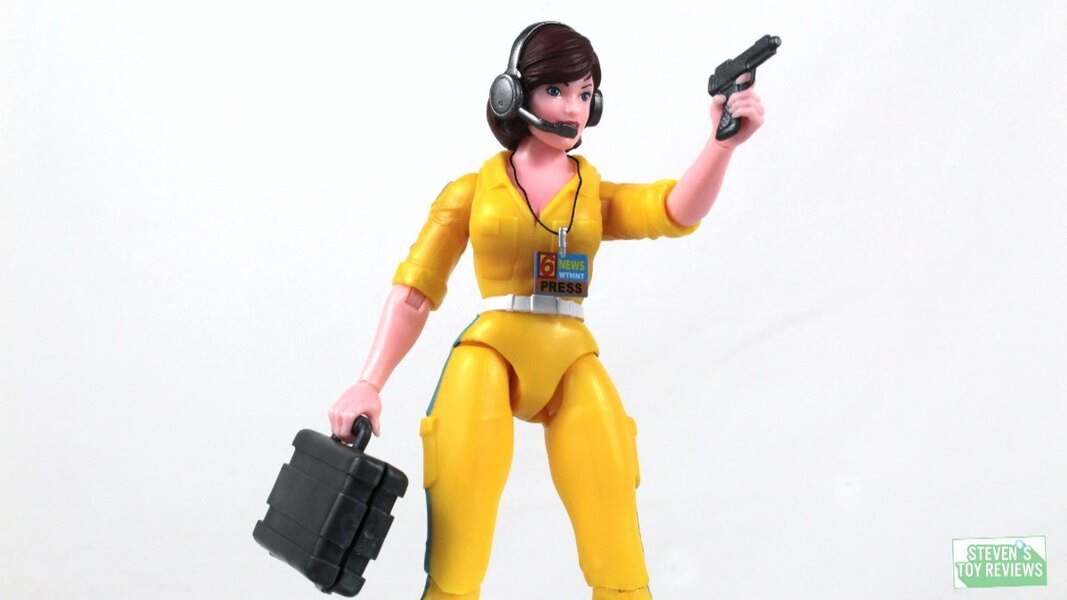 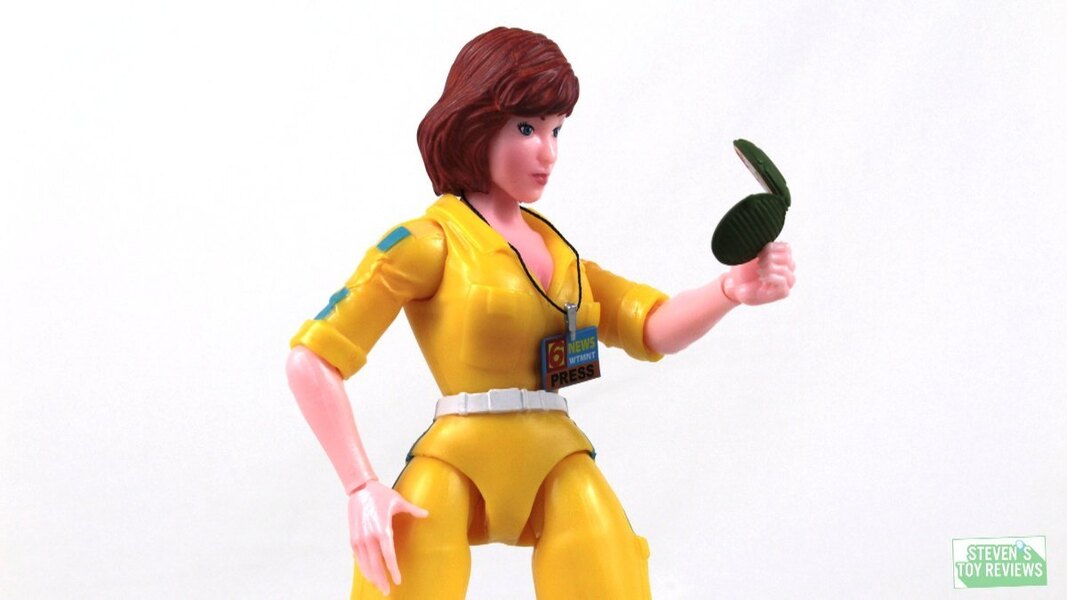 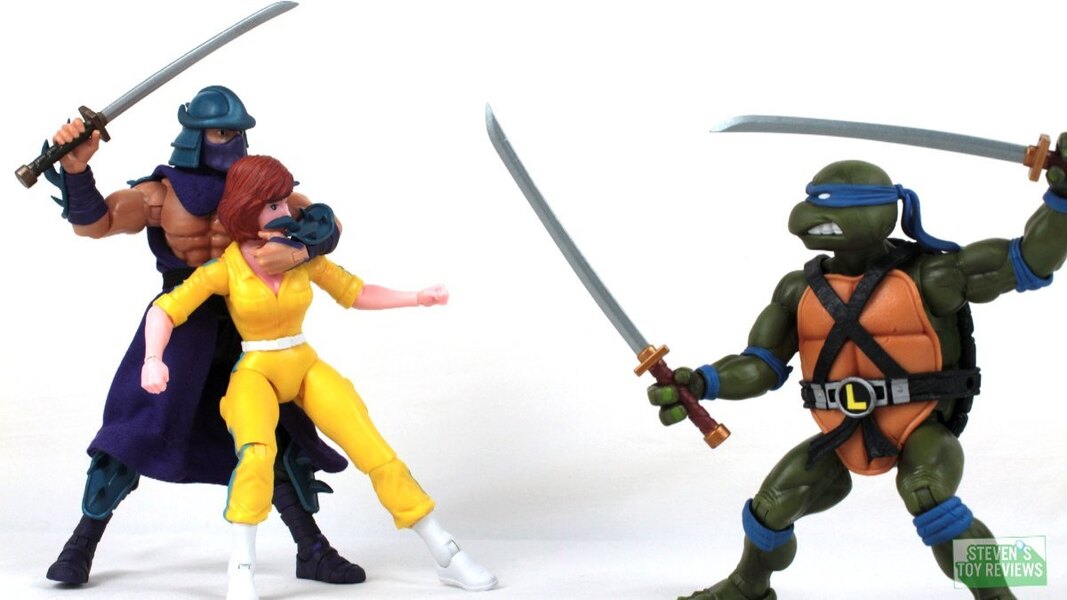 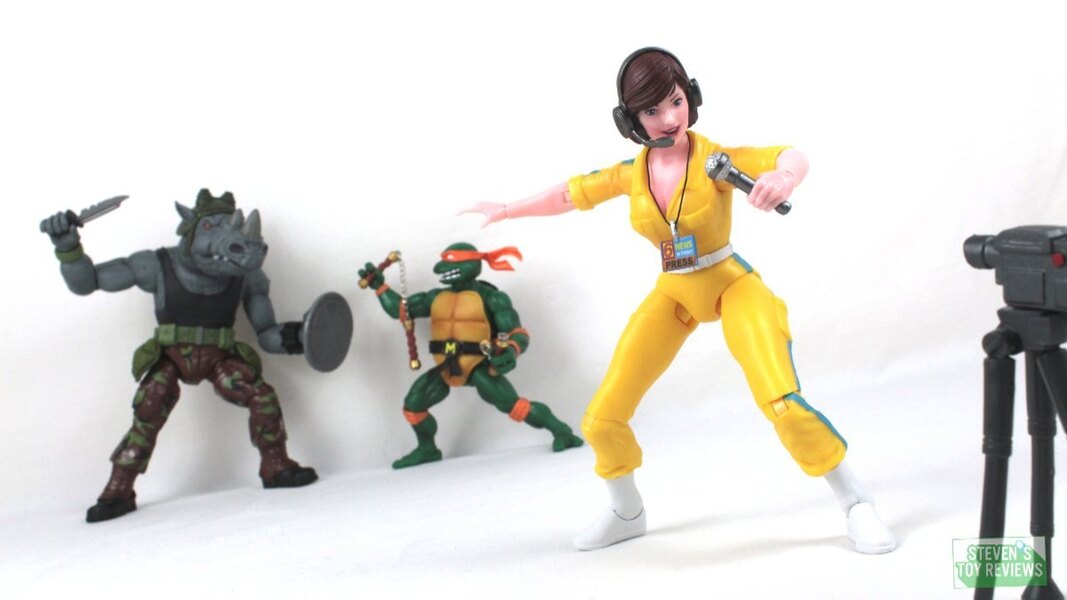 The only head that works is the one with the headphones on....The EYES WAY TOO FAR APART on both of the other heads. USELESS.

She looks good in that yellow but ehh..idk about her face though LOL. Her accessories are interesting and unique to her which is cool. And she has a big ole you know what...she's packin LOL

Okay, so two important points I want to note with this figure, one positive and one negative:

1) Positive: This April is PRECISELY the right scale for the NECA TMNT figures (you know, unlike the actual NECA April figure). I'm certain that some creative customizers would be able to make a GREAT cartoon April by kit-bashing these two toys together.

2) Negative: Okay, so Bebop and Rocksteady (and the Turtles themselves, and most other figures, but ESPECIALLY noticeable with those two) got SO MUCH extra sculpt detailing all over their bodies with their Super7 figures. Sssooo . . . why does April look like she was tooled in 1987? I get mimicking the general aesthetic, but . . . no seams, no folds, no wrinkles, no "realistic" texture to ANYTHING below the neck? I mean, the arms are okay-ishI GUESS, but the thighs and especially the lower torso? They're so . . . just FLAT. And her upper torso isn't much better, in terms of detailing (no, I'm not making a "flat" joke, I actually prefer that figures aren't so hyper-over-sexualized).

My point is, they didn't put NEARLY the effort into this figure that they did to others in the line, and it's OBVIOUS. She looks like a low-end TV-quality CGI model and not an actual real toy. She looks like a dollar-store figure, not a $45 collectors' piece.

. . . Still a better figure than Playmates' Classic Collection Shredder. *LMAO* And DEFINITELY a viable base to make a kick-@$$ cartoon accurate April IN SCALE with the NECA figures. 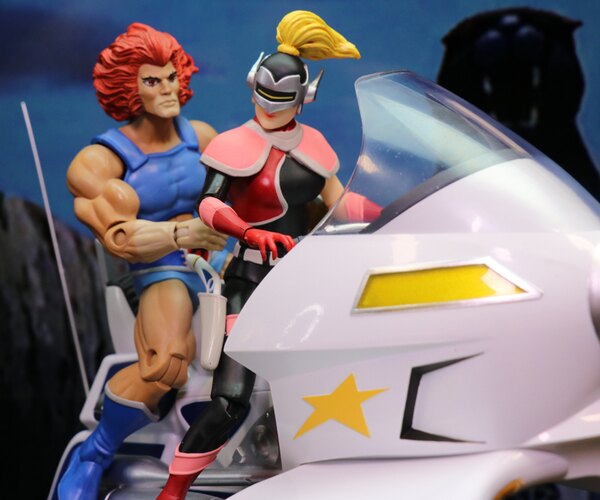 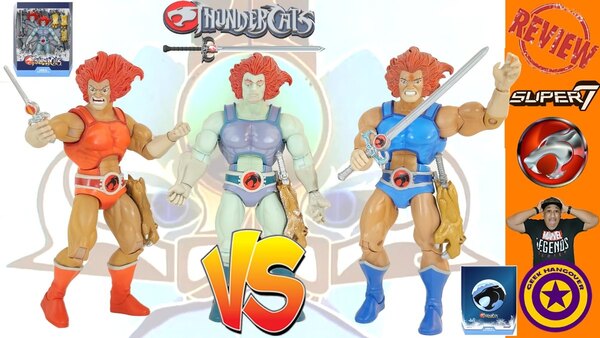 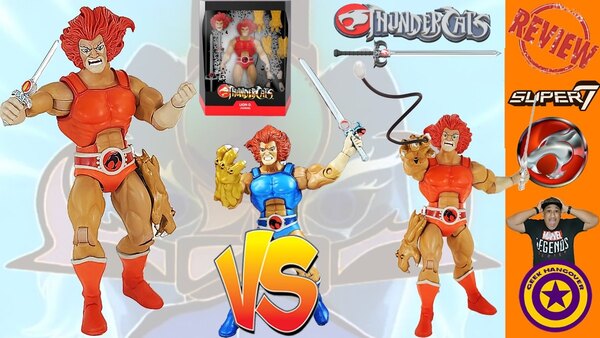 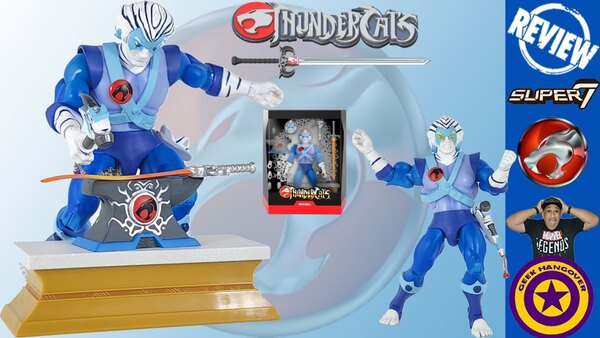 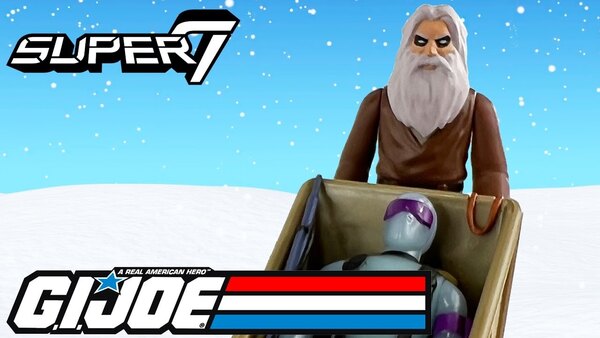