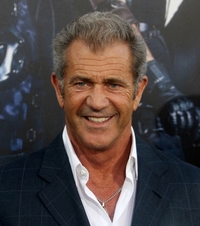 The Hollywood Reporter is reporting that Warner Bros. Pictures and Mel Gibson are early in talks for the actor-director to helm Suicide Squad 2. No official offer has been made nor has any commitment.

Sources within are saying that Gibson is getting familiar with the material. But the studio is still open to looking at other directors, Daniel Espinosa among them.

The initial movie was directed by David Ayer, which featured an all-star cast that included Will Smith, Margot Robbie and Jared Leto, and grossed $745 million worldwide. Ayer is now developing Gotham City Sirens, a project that reunites him with Robbie and focuses on the female villains of the DC Universe.

Warner Bros. Pictures is courting Gibson as his last directorial movie, Hacksaw Ridge, nabbed six Oscar nominations, including one for Gibson for best director, and has made $164 million worldwide.