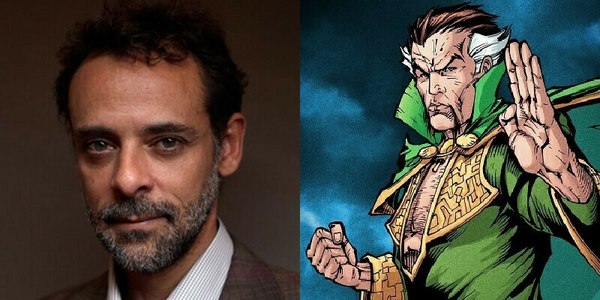 Over its three seasons, Gotham’s Detective Jim Gordon and young Bruce Wayne have tangled with the Penguin, the Riddler, Hugo Strange, the Scarecrow, Mister Freeze and the Mad Hatter. But their newest adversary is in another League entirely.

Warner Bros. Television announced today that Alexander Siddig has been cast in the role of Ra’s al Ghul on Gotham.

Gotham’s take on the classic Batman villain has a connection to another recent adversary. As Bruce (David Mazouz) pulls the veil off the Court of Owls, he finds Ra’s al Ghul is the enigmatic and powerful man pulling the strings. With his past shrouded in mystery, Ra's al Ghul uses cunning and deception to lay waste to his foes. As the leader of an international criminal organization known as the League of Shadows, Ra's al Ghul will prove himself to be Bruce's most dangerous adversary yet.