The wait is almost over! In anticipation of the May 16 release of Injustice 2, DC All Access is hosting a special live event full of celebrity, carnage and comics. Broadcasting straight from Machinima Studios in Los Angeles, the special episode will stream live Friday, April 28th from 10 a.m. to 12 p.m. PST.

Featuring exclusive character reveals and gameplay footage, writer Tom Taylor will also join to discuss the new INJUSTICE 2 prequel comic inspired by the upcoming game. The newest game in development from the award-winning NetherRealm Studios and Warner Bros. Interactive Entertainment features a massive roster of DC Super Heroes and Super-Villains and allows players to build and power up the ultimate version of their favorite DC characters.

Injustice 2 will be available for the PlayStation®4 computer entertainment system and Xbox One on May 16, 2017. 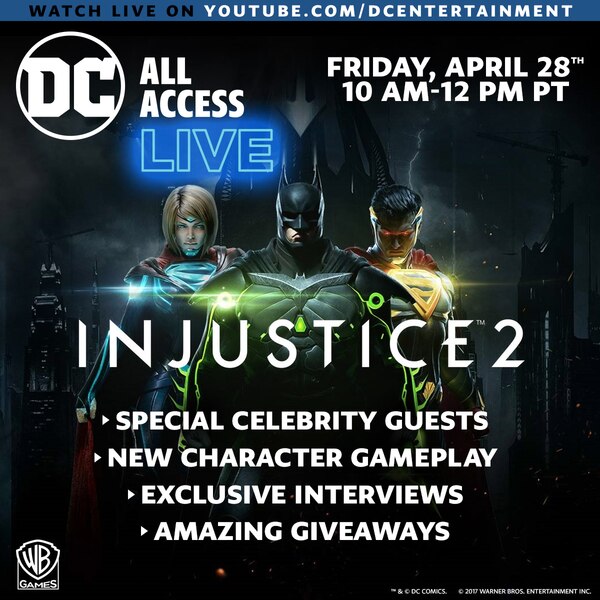