Just in time for the third season on The CW, Warner Bros. Home Entertainment brings you all-new Super-Villains and more family drama with the release of Supergirl: The Complete Second Season on Blu-ray and DVD on August 22, 2017. Delivering 4.2 million Total Viewers weekly, Supergirl is the #2 series on The CW, just after The Flash for Live+7(Source: Nielsen National TV View L+7 US AA%; excluding repeats, specials, sports, and <5 TCs; Season To-Date = 10/10/16-11/28/16). Fans can purchase the set which, in addition to all 22 super-powered episodes, contains an exclusive commentary with Andrew Kreisberg and Kevin Smith, the show's 2016 Comic-Con panel, featurettes, and more! Supergirl: The Complete Second Season is priced to own at $49.99 SRP for the DVD and $54.97 SRP for the Blu-ray which includes a Digital Copy.

Having left the safety of being Cat Grant's assistant at Catco Worldwide Media, in order to figure out what she really wants to do, Kara Danvers (Melissa Benoist) continues to work with Hank Henshaw aka Martian Manhunter (David Harewood) and her adoptive sister Alex (Chyler Leigh) at the DEO as Supergirl...protecting the citizens of National City and searching for her missing father, Jeremiah (Dean Cain), and the secret research lab Cadmus. Along the way, she will team up with her Kryptonian cousin Kal El - aka Superman (Tyler Hoechlin) - to battle new DC Super-Villains both terrestrial and extraterrestrial, as she strives to balance her personal life with friends/allies James Olsen (Mehcad Brooks), Winn Schott (Jeremy Jordan) and more, with her busy life as a new Super Hero in SUPERGIRL Season Two.

"After two strong seasons, Supergirl continues to develop a strong fan following," said Rosemary Markson, WBHE Senior Vice President, Television Marketing. "We're excited to release the Blu-ray and DVD with in-depth bonus content in addition to the 22 action packed episodes. Fans and newcomers alike can catch up on all their favorite moments from Season Two, and prepare for the highly anticipated third season of this hit series."

With Blu-ray's unsurpassed picture and sound, the Blu-ray release of Supergirl: The Complete Second Season will include 1080p Full HD Video with DTS-HD Master Audio for English 5.1. The 4-disc Blu-ray will feature a high-definition Blu-ray and a Digital Copy of all 22 episodes from season two.

About DC Entertainment
DC Entertainment, home to iconic brands DC Comics (Superman, Batman, Green Lantern, Wonder Woman, The Flash, etc.), Vertigo (Sandman, Fables, etc.) and MAD, is the creative division charged with strategically integrating its content across Warner Bros. and Time Warner. DC Entertainment works in concert with many key Warner Bros. divisions to unleash its stories and characters across all media, including but not limited to film, television, consumer products, home entertainment and interactive games. Publishing thousands of comic books, graphic novels and magazines each year, DC Entertainment is one of the largest English-language publishers of comics in the world. Supergirl and all related characters and elements are trademarks of and (c)DC Comics. 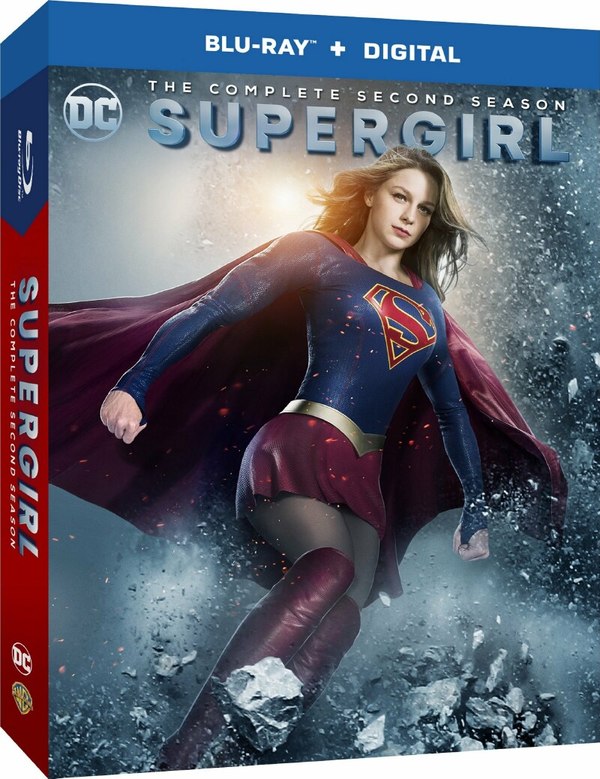