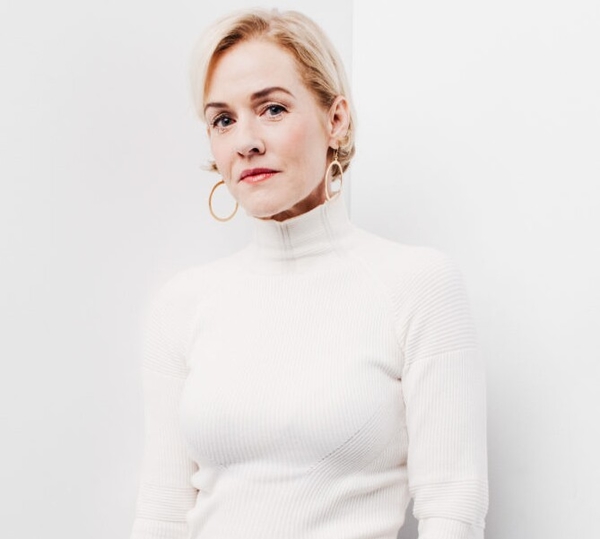 The producers of Riverdale revealed more about Archie Andrews’ potential fate during the show’s Comic-Con® 2018 panel when they announced that Golden Globe and Screen Actors Guild Award nominee Penelope Ann Miller (The Artist, Carlito’s Way) will play the character of the district attorney, Ms. Wright. At the end of season two, Archie Andrews was framed by Hiram Lodge for the murder of a Shadow Lake resident named Cassidy. The savvy, eloquent Ms. Wright is the prosecuting attorney in charge of handling Archie’s case. With a conviction in mind, she will weave together disparate moments of Archie’s young life to portray him as a dangerous, violent sociopath who is capable of committing a heinous crime. His freedom will hang in the balance when the series returns to The CW for its third season on October 10 (Wednesdays 8/7c).

Based on the Archie Comics characters, Riverdale is from Berlanti Productions in association with Warner Bros. Television and CBS Television Studios. Roberto Aguirre-Sacasa, Greg Berlanti, Sarah Schechter and Jon Goldwater are executive producers.

Shes a class act... I cant wait to see what she brings to the show!

Wow, this looks good, can't wait to get started.

Riverdale is one of my favorite Netflix original. Excited for season 3.

stoked to watch the new season.

I wonder what month this comes on Netflix.

His freedom will hang in the balance when the series returns to The CW for its third season on October 10 (Wednesdays 8/7c).

Now this is binge worthy for me.

looks cool, though at the end I thought they were gonna drop the babies.

I wonder what month this comes on Netflix.