Entertainment
by Outsiders
May 04, 2021
Deadline is reporting that original cast members, Tom Cavanagh and Carlos Valdes will be leaving the series at the end of Season 7. The CW has already renewed The Flash for Season 8.

Valdes, who plays Cisco Ramon, will end his run with an appearance in the finale. Cavanagh, who has played Eobard Thawne/Reverse-Flash as well as the various versions of Harrison Wells, was to leave the series at the end of Season 6 but the season was shortened when the pandemic hit. Cavanagh left after the 3rd episode of Season 7 to wrap up the Season 6 storylines, but he continued on the show as a recurring guest star.

Cavanagh and Valdes were two of six remaining original Flash cast members, along with star Grant Gustin, Candice Patton, Danielle Panabaker. Gustin already is contracted for Season 8 while the three have been negotiating new deals to return.
Image 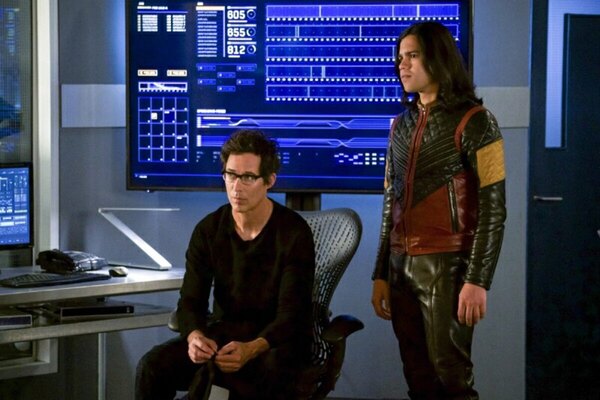 They make such a big deal ofCavanagh leaving the show (usually "death") but he comes back and comes back so quickly, it makes this kind of announcement just blah.

I dont think the show ever explained how that huge particle accelerator facility operates with merely 2-4 scientists/technicians. They re-purposed it at some point as a meta-human prison, but we never see any staff tend to any of the inmates, we never see how the place runs, etc. Now frankly at this point I'm not even sure I care.

Good call on both these guys parts.

Uh-uh, no way. They fooled me with that once. Valdes was supposed to leave last season, and HE'S STILL THERE.