Entertainment
by Outsiders
April 18, 2022
With the success of Paramount’s Sonic the Hedgehog films, SEGA is looking to bring the video games franchise Streets of Rage to the big screen.

Streets of Rage, developed and published by SEGA, was first launched in 1991 via the Genesis home video game console. The side-scroller follows former police offers who battle a crime syndicate. Since the debut game, the Streets of Rage franchise has spawned sequels across numerous gaming platforms including the Xbox One, PlayStation 4, and Nintendo Switch. The franchise’s latest title, Streets of Rage 4, was released in April 2020 and has sold more than 2.5 million copies worldwide.

The project is being written by Derek Kolstad, who created the John Wick action franchise. Sonic producer dj2 Entertainment and Escape Artists will produce the film adaptation. 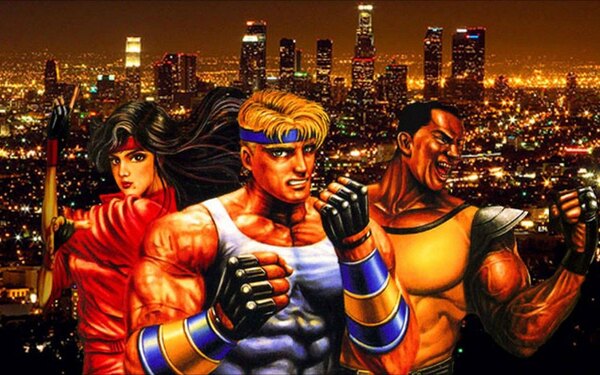 Lionsgate has worked out a deal to acquire the feature adaptation of the hit Sega video game Streets of Rage.

This was originally reported back in April when John Wick franchise creator and scribe Derek Kolstad was writing a script. Kolstad will also be producing alongside Toru Nakahara; dj2 Entertainments Dmitri M. Johnson, Timothy I. Stevenson, and Dan Jevons; and Escape ArtistsToddBlack, Jason Blumenthal, and Tony Shaw.

The deal was negotiated by Phil Strina for Lionsgate; Toru Nakahara for Sega; APA and CDAS for dj2; by APA, Circle of Confusion & Behr Abramson Levy Johnson for Kolstad; and David Bloomfield for Escape Artists.

Modern day The Warriors. This concept makes me think of alot of 1980s movies like a dystopian cityscape filled with crime to fight. Should be interesting to see how it develops.

That;s cool I've been saying I want a Streets of Rage movie for years, maybe they can do it right.

Definitely down to see how this develops!