Entertainment
by Jay Cochran
July 22, 2022
Recapping our report from earlier about Mattel's SDCC 40th Anniversary panel, it was announced during that event that William Shatner (Star Trek) would be joining the voice cast of Kevin Smith's Netflix Masters of the Universe Revelations series which will be getting a new season on the streaming service later this year. Shatner will be joining the likes of Mark Hamil (Star Wars) who voices Skeletor. They did not reveal which character Shatner would be voicing, but many speculate it will be Hordak who was also confirmed to be appearing in season 3.

Kevin Smith who was hosting the panel also told folks that He-Man would be appearing in every episode this season. Shown below is a look at everyone who was on the Mattel panel which took place in Hall H yesterday at SDCC. Dolph Lundgren was there to share stories about his time as He-Man for the 80s live-action movie and yes that is also Pixel-Dan who got to be there for his work on the recent The Toys of He-Man and the Masters of the Universe book.
Image 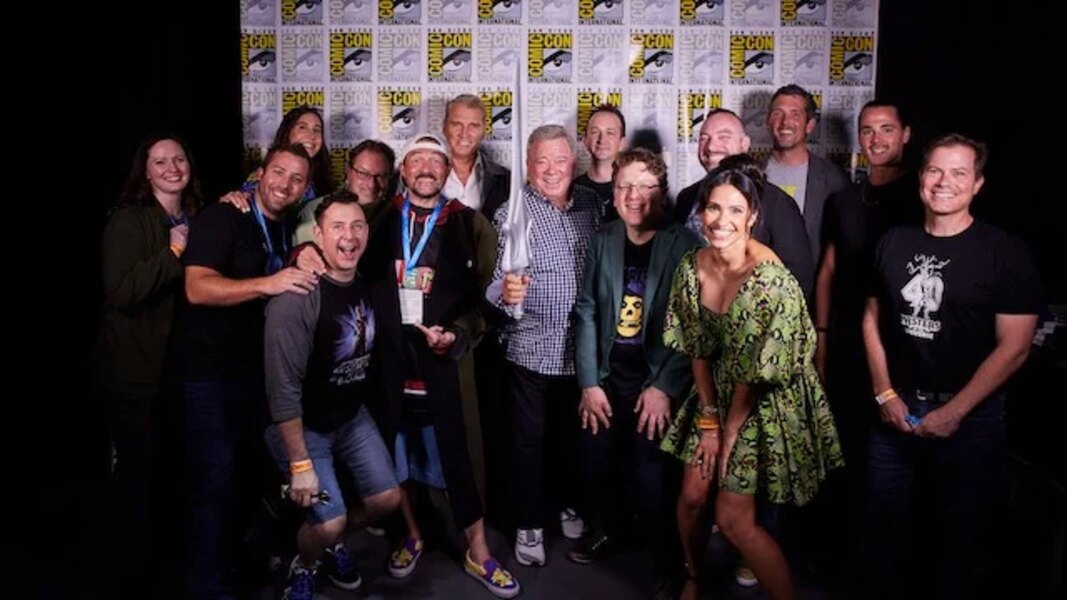