Funcom is thrilled to announce Dune: Awakening, an ambitious next step for open world survival MMOs, coming to PC, PlayStation 5, and Xbox Series X|S. Working with Legendary Entertainment, Dune: Awakening is set on Arrakis and takes inspiration from both Frank Herbert’s novels and Denis Villeneuve’s Academy Award-winning film while exploring exciting new possibilities in the franchise.

Dune: Awakening combines the grittiness and creativity of survival games with the social interactivity of large-scale, persistent multiplayer games to create a unique and ambitious Open World Survival MMO. Rise from survival to dominance in a vast and seamless Arrakis shared by thousands of players.

Head into unmapped sectors and be the first to discover secrets and riches before the coriolis storms once again shift the sands and alter the landscape. Narrowly escape colossal sandworms, build your home from shelter to mighty base, and traverse the dunes in iconic vehicles from the universe.

Hunt for spice blooms and deploy your harvester, then protect it from rival factions in fast-paced, deadly combat that shifts seamlessly from armored groundcars to ornithopters in the sky. Plot your rise to power and build your influence within the Landsraad through careful intrigue.

Rui Casais, CEO of Funcom, says, “Funcom has been pushing boundaries in the MMO genre for 20 years. It’s where our roots are. We built on that with Conan Exiles, our first big success in the survival space. With Dune: Awakening we're bridging the survival and MMO genres to create something truly unique and ambitious within a universe we're all so passionate about."

VP of Interactive Media at Legendary Entertainment, Sam Rappaport, adds, “Dune: Awakening truly promises to bring the world of Dune to life in an exciting new way. We are thrilled to be creating this with a partner like Funcom, who is so adept at capturing the rich detail and wonder of cinematic worlds for the gaming audience.”

Since the early ‘90s, Funcom has honed its craft creating unforgettable experiences in existing IPs and persistent online worlds with games like Anarchy Online, Age of Conan, The Secret World, and Conan Exiles. Now, Funcom sets its eyes on Arrakis, for its most ambitious project yet.
Image 1 of 14 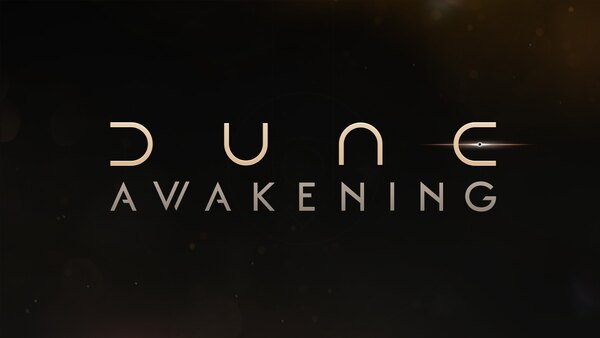 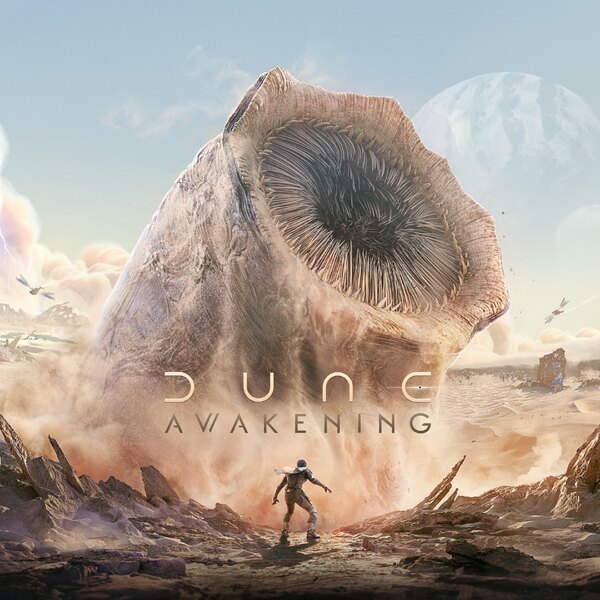 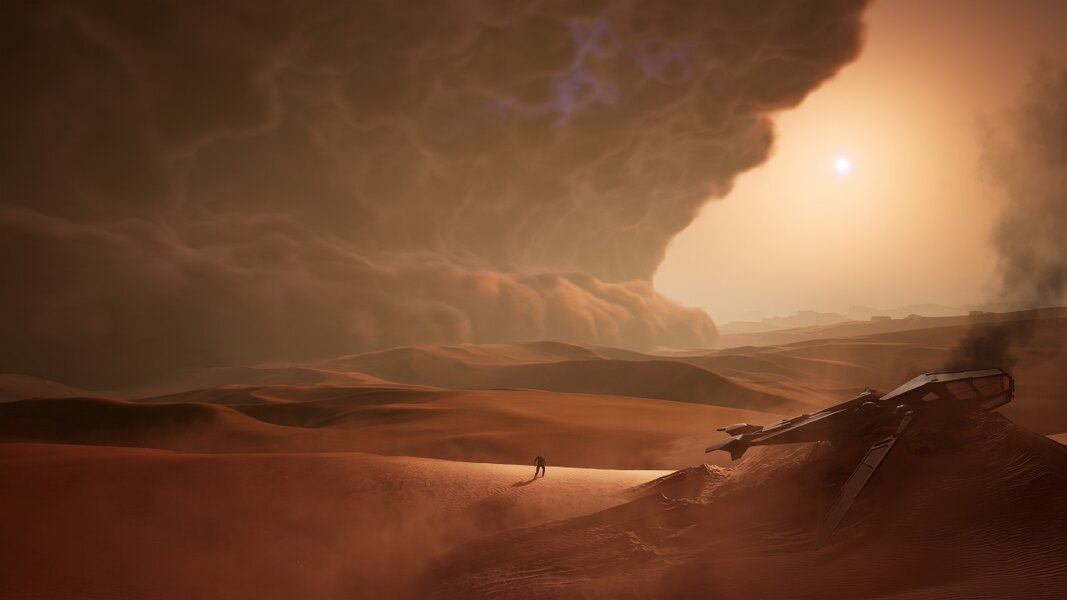 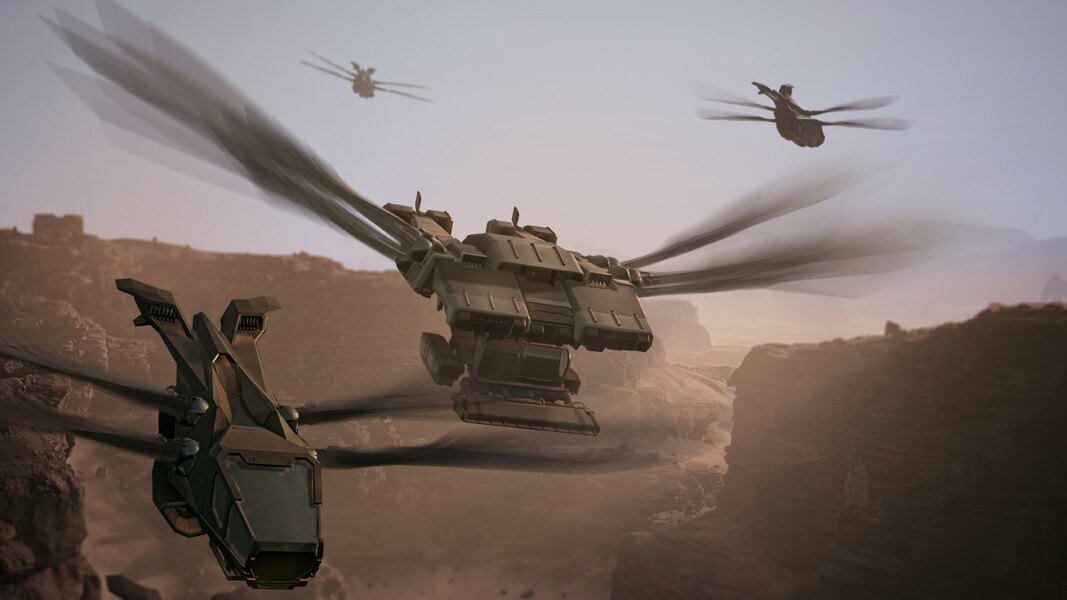 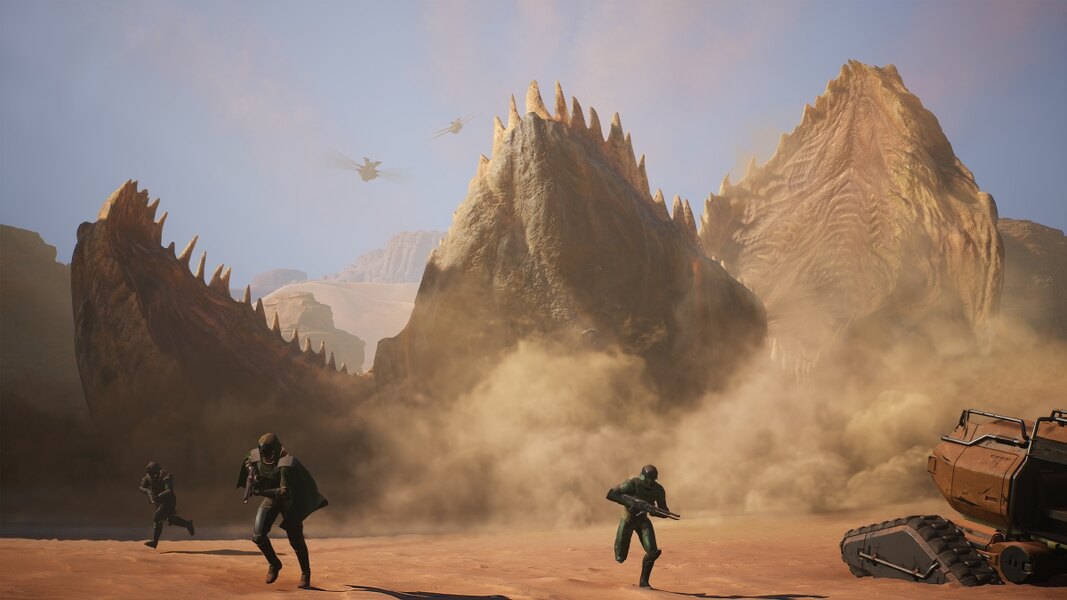 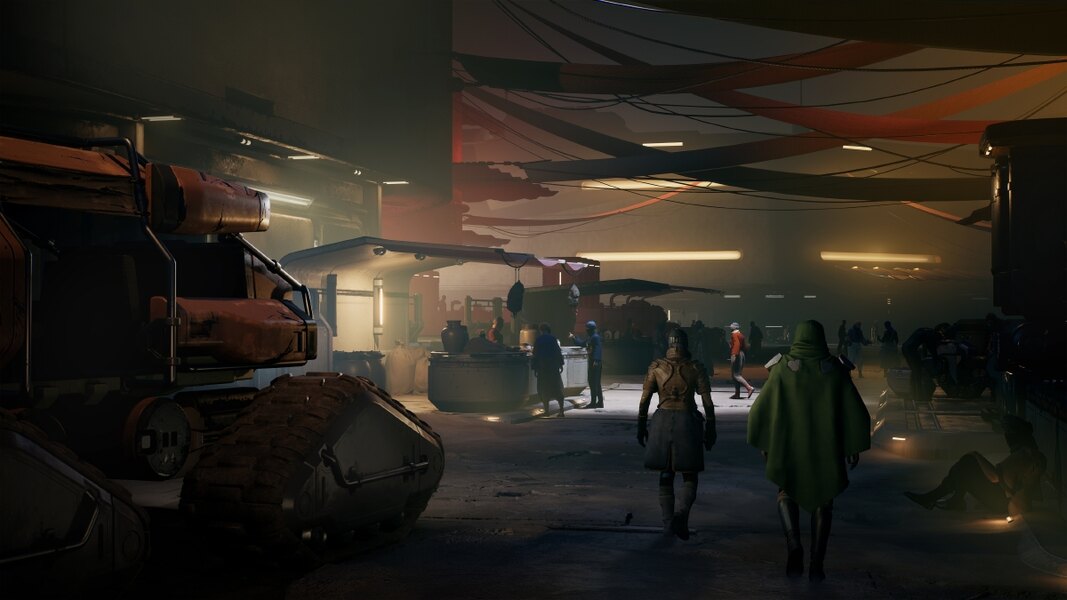 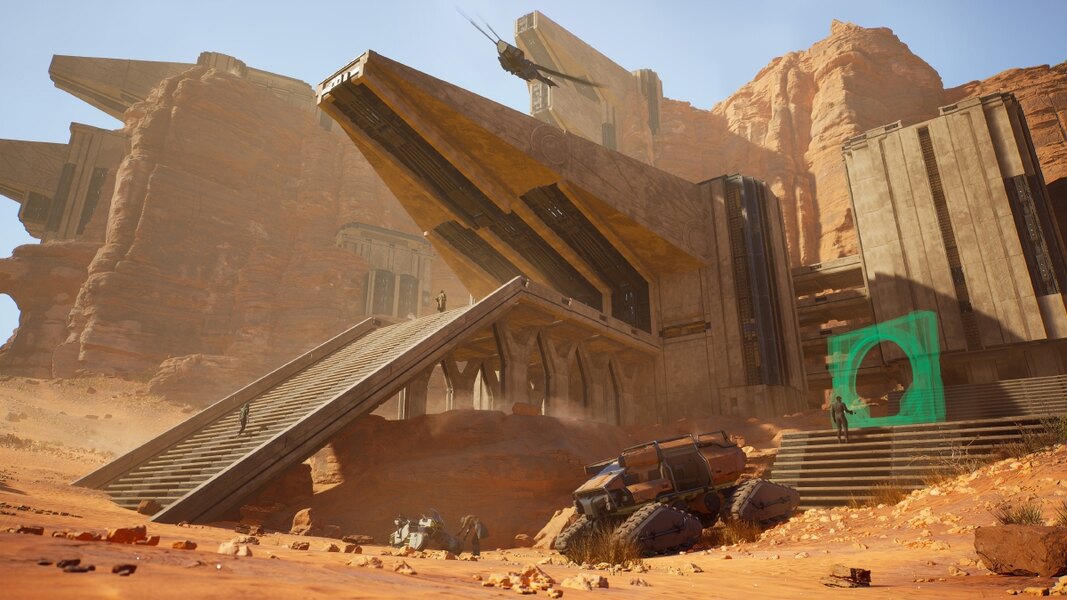 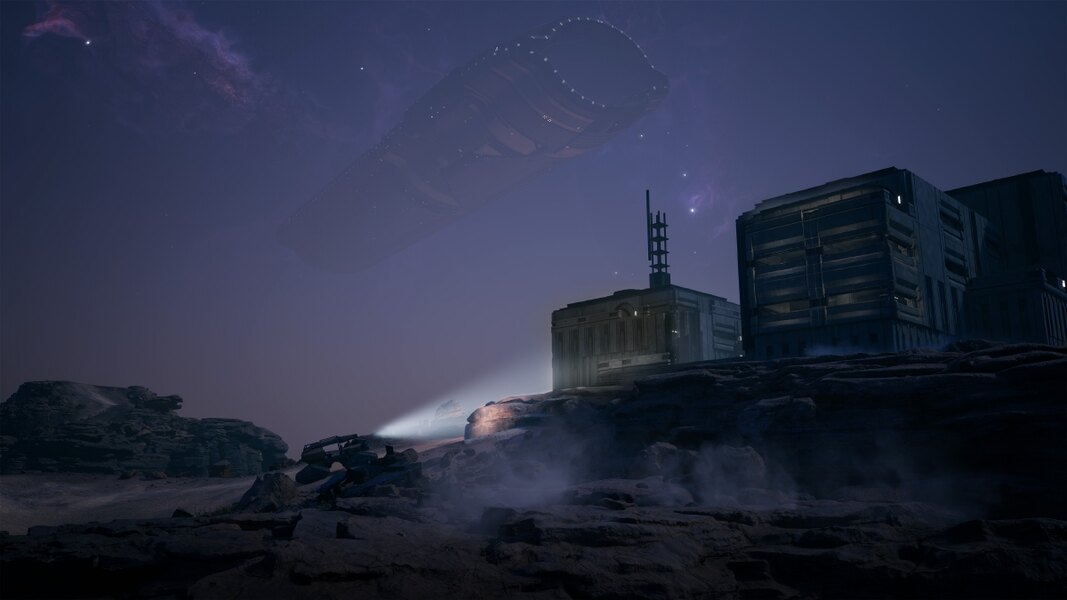 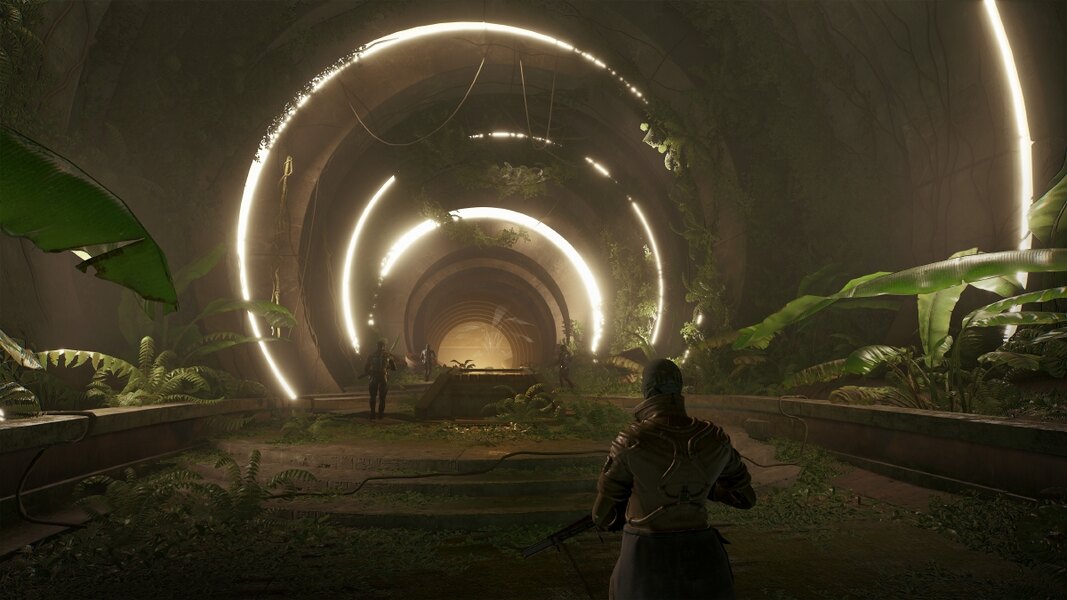 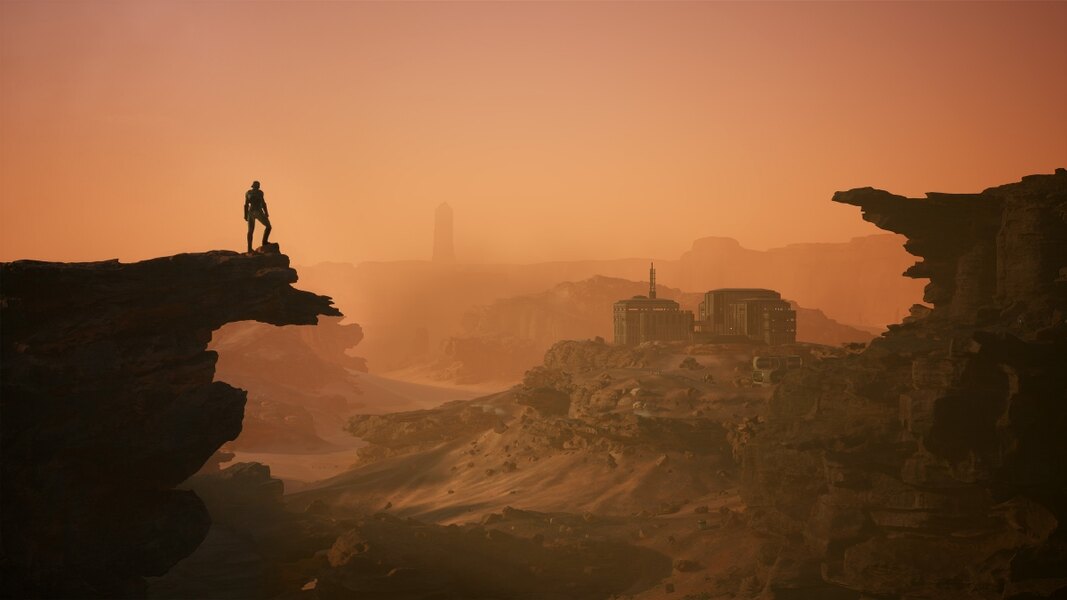 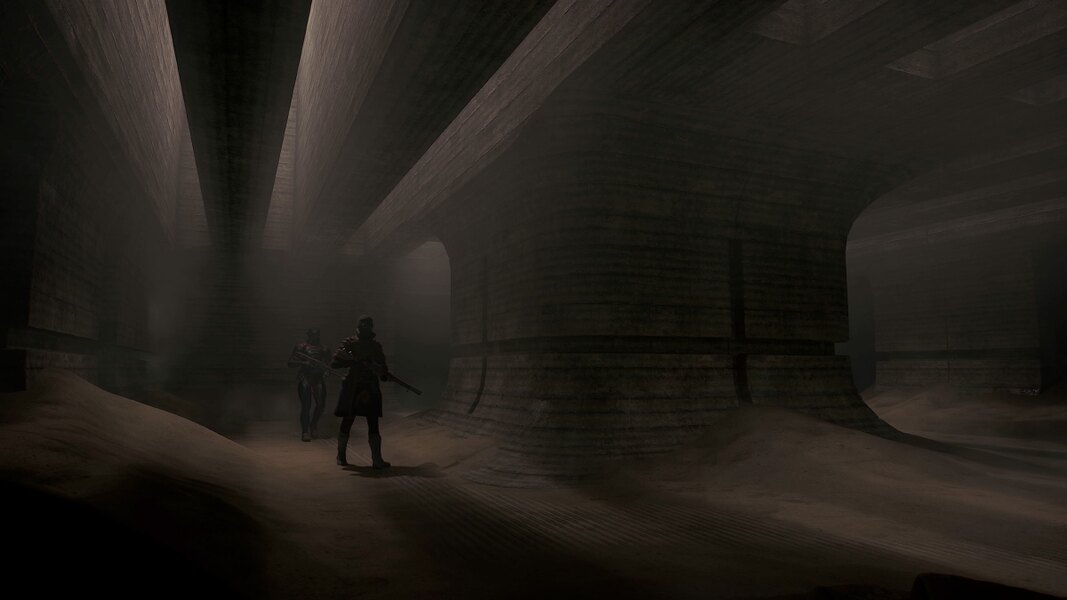 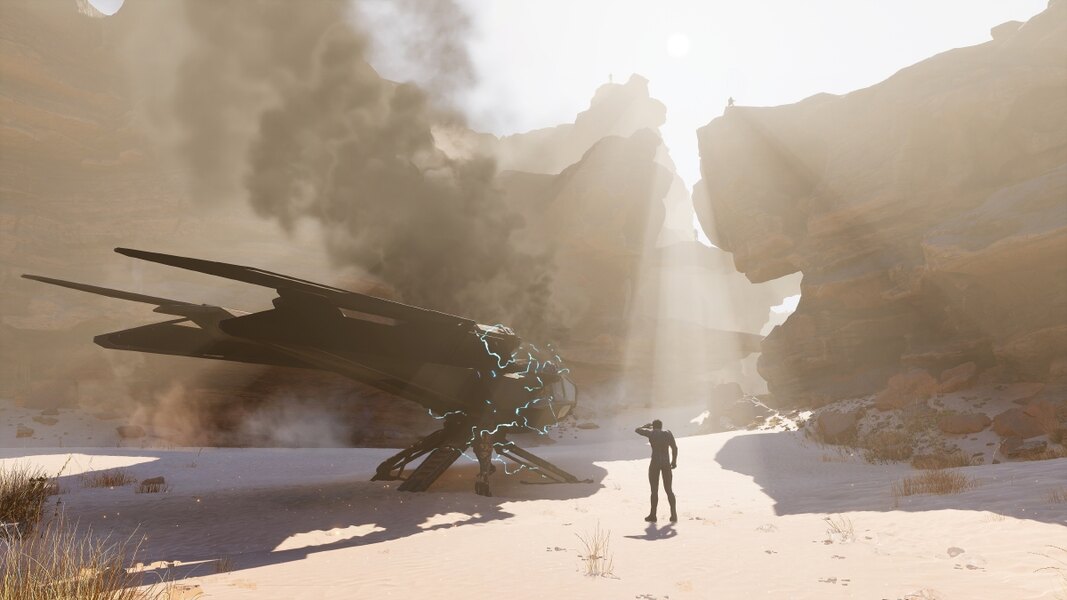 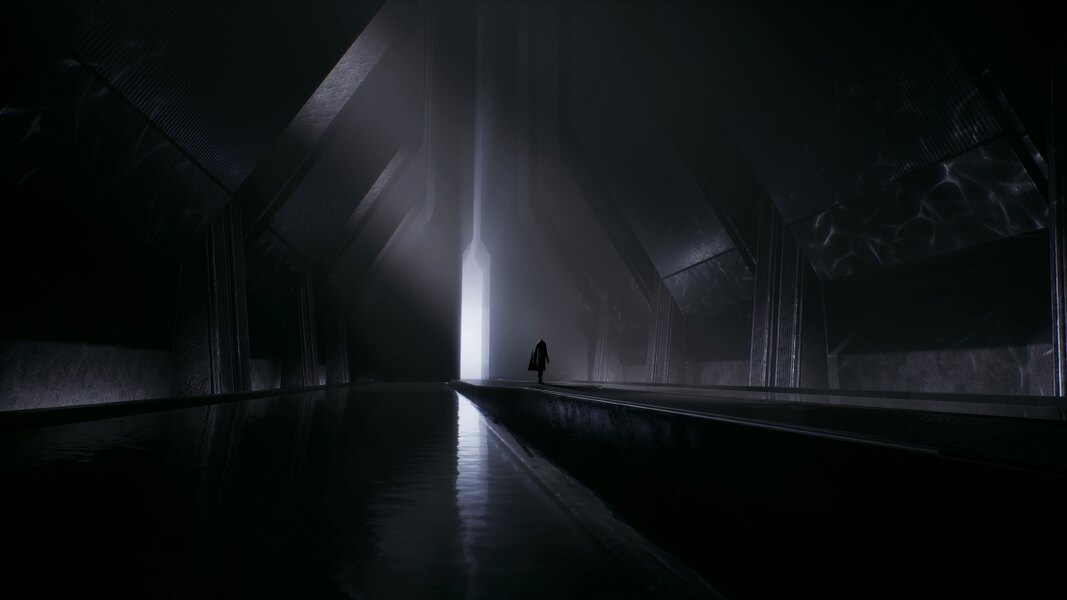 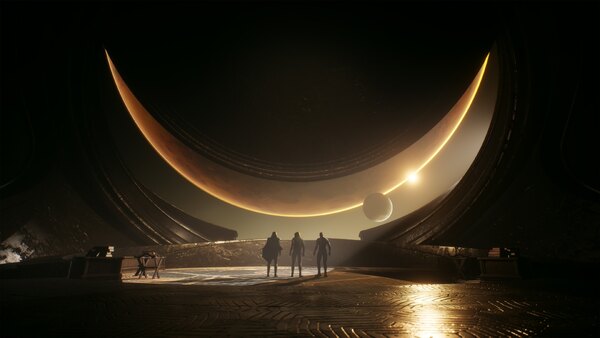 Following the games reveal at Gamescom 2022, Funcom is now excited to show off the first pre-alpha footage of Dune: Awakening, their ambitious Open World Survival MMO. Inspired by the sci-fi masterpiece DUNE written by Frank Herbert and Legendary Entertainments award-winning, a blockbuster film from Denis Villeneuve, Dune: Awakening is built with both Dune and Survival fans in mind by the veteran developers at Funcom. Witness the vastness of Arrakis in todays brand-new teaser trailer.Funcom has innovated in the Massively Multiplayer and Survival genres for over two decades, most recently with Conan Exiles. Dune: Awakening builds upon this strong foundation, weaving together Open World Survival and MMO aspects into a Dune tapestry that brings Frank Herberts epic universe to life in a completely unique way. With this gameplay teaser, Funcom has also updated the Dune: Awakening website, giving a panoramic view of the player experience.

In Dune: Awakening you strive to survive the countless dangers of Arrakis alongside thousands of other players. Explore your role and identity while experiencing an epic personal journey, from searching for water and building shelters against storms to controlling the flow of spice in the top echelons of the planet.

Spice lies at the center of conflict, advancement, and power in Dune: Awakening. Where spice blows appear, players converge. Fights can range from quick skirmishes to large-scale battles with infantry, ground vehicles, and ornithopters each providing an essential role.

The deserts hold a multitude of choices to make and paths to discover. Jump into an ornithopter to scout the deep deserts; equip advanced armor and weaponry to become a deadly mercenary; execute an efficient spice harvesting operation; gain influence among Great Houses do all these things and more.

Joel Bylos, Chief Creative Officer at Funcom and Creative Director of Dune: Awakening, says, "Working with a universe as rich and expansive as Dune is the perfect fit for Funcom's drive to create compelling multiplayer open worlds. With Dune: Awakening, we're trying to push the boundaries of what people expect in the Survival space - and I can't wait until we can get it into the hands of our players."

We are thrilled to bring the Dune universe to life in such an immersive and interactive way. The depth and detail Funcom is bringing to the Dune: Awakening PC and console experience is astonishing and we cant wait for fans of Dune and survival games to join us on Arrakis and try their hand at surviving the most dangerous planet in the universe, adds Sam Rappaport, VP, Interactive Media at Legendary Entertainment.