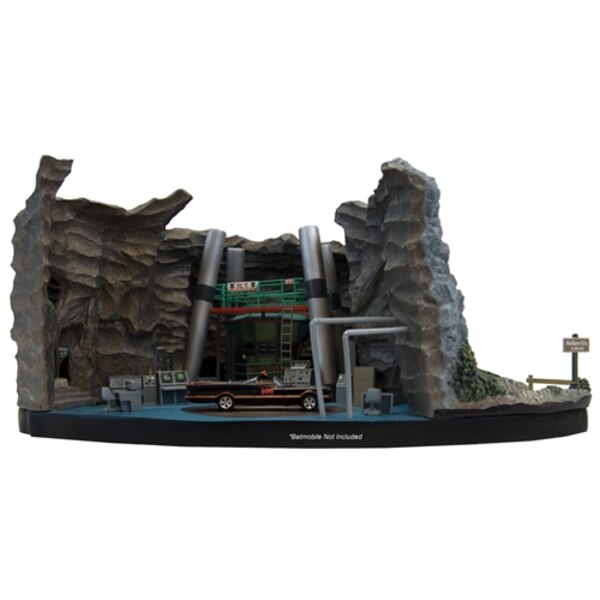 TO THE BATCAVE! Those three words evoke one of the most memorable interior locations in pop culture. Batman’s sanctuary, his base of operations, the nerve center of his activities-a mysterious subterranean lair that is equal-parts forbidding and exciting.

The Batcave has enjoyed many iterations over the years, both in print and on screen. One of the most enduring and iconic was the version that featured in the classic 1966 Batman TV series.

As children, the Team at Factory Entertainment were among the millions of fans who dreamed of visiting the classic TV series Batcave (who wouldn’t?). Alas, that dream never came to pass, but our fascination with the Batcave never faded. Now, at long last, we are proud to be able to offer our fellow Bat-fans the opportunity to own a scaled version of our favorite location. We hope you enjoy being the master of your own Batcave as much as we enjoyed creating it.

In practical terms, there was not one Batcave set. Rather, it was a series of ever-changing sets that would physically morph from scene to scene and season to season. It was a ‘live’ set that evolved regularly.

Because of the many variations in the Batcave seen on screen, Factory Entertainment's model does not attempt to duplicate a particular arrangement from a given episode or a specific scene. Rather it replicates the “feel” of the Batcave set as it is most commonly seen. The inclusion of movable elements allows you to customize the look of the cave around a core group of fixed parts, including the prominent ’atomic pile,’ which are presented in their most common positions.

The classic Batman TV series Batcave was a riot of color, with a uniquely 1960’s atheistic. Each model contains more than 16 different LED lights, in a variety of hues, both fixed and animated, that bring the Batcave to life, including:

- Hidden floor lights, to emulate the large floodlights with colored gels that were used on set.
- A pulsating color change effect inside the Atomic Core.
- Flashing lights in select monitors and screens.

The model is powered by 4 AA batteries and lights are independently controlled by two separate circuits with on/off switches.

The product has been meticulously hand-painted with period correct colors that were thoroughly researched and includes scaled replicas of the most important signage and graphics.

This model is not a static piece; it features a host of moving parts including:

- A turntable that can be manually rotated.
- Selected movable furniture that allows you to dress the set as you prefer.
- A faux rock door panel in the entrance tunnel that can be removed to allow access entry by the Batmobile. (Batmobile model not included)

It comes in a collector box and includes a combined booklet and certificate of authenticity that tells the story of the original set and the replica.

Each piece is individually hand-numbered. 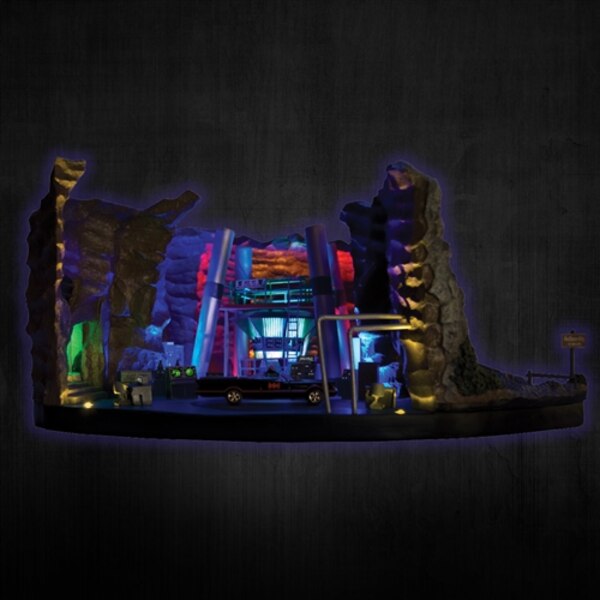 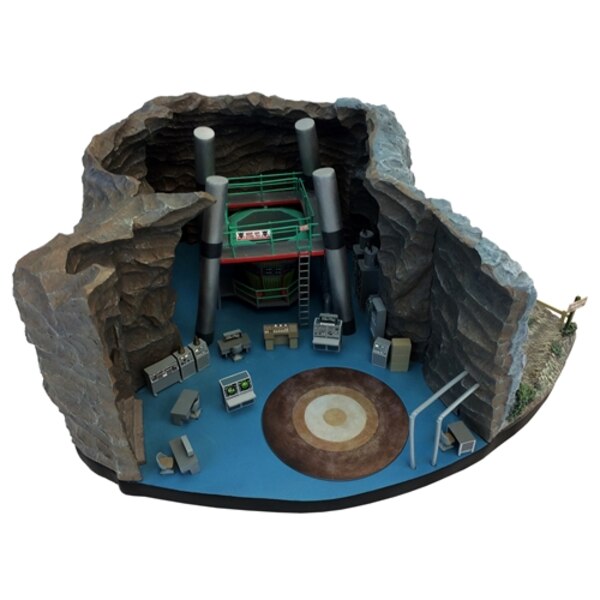 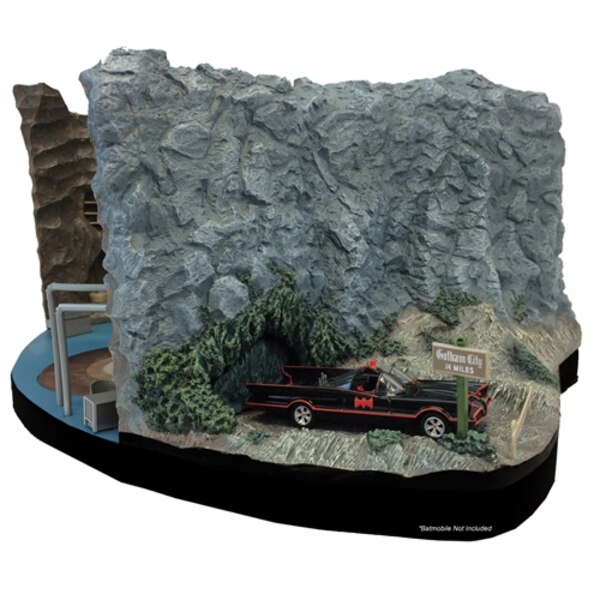 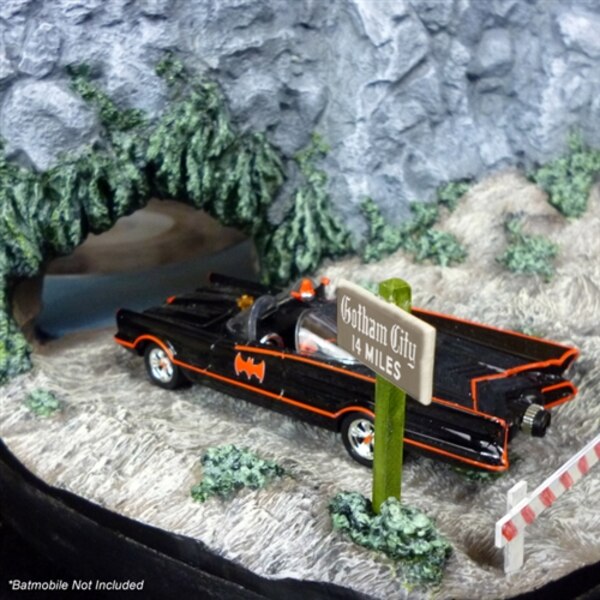 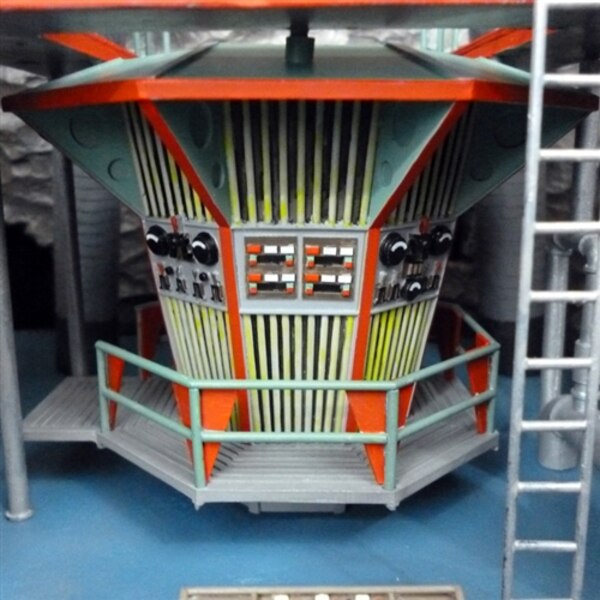 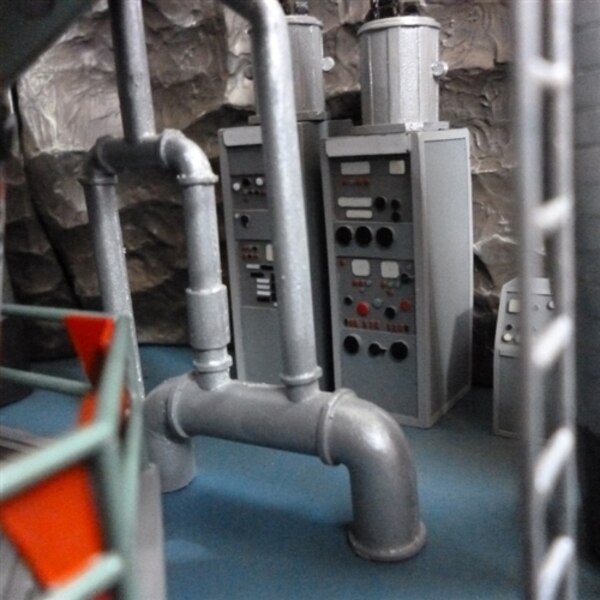 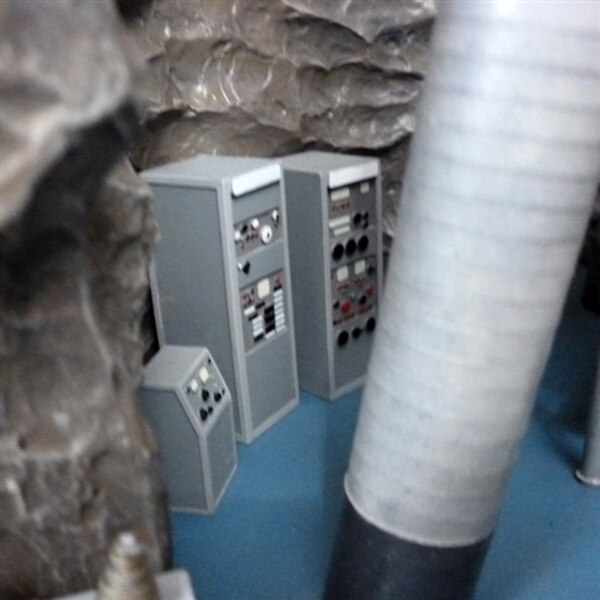 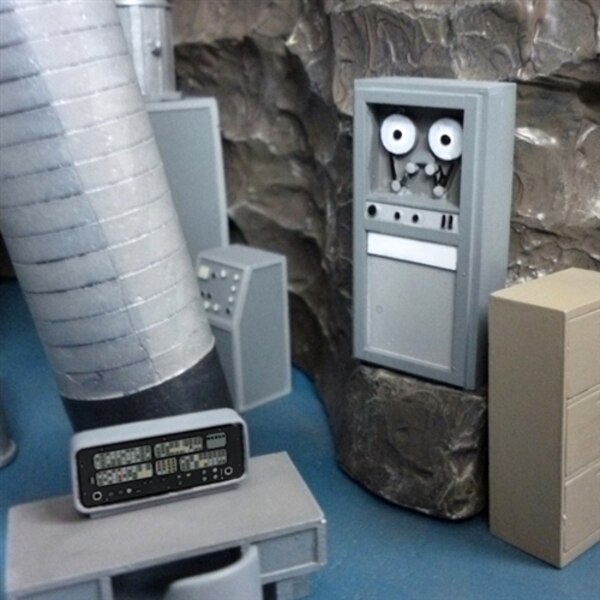 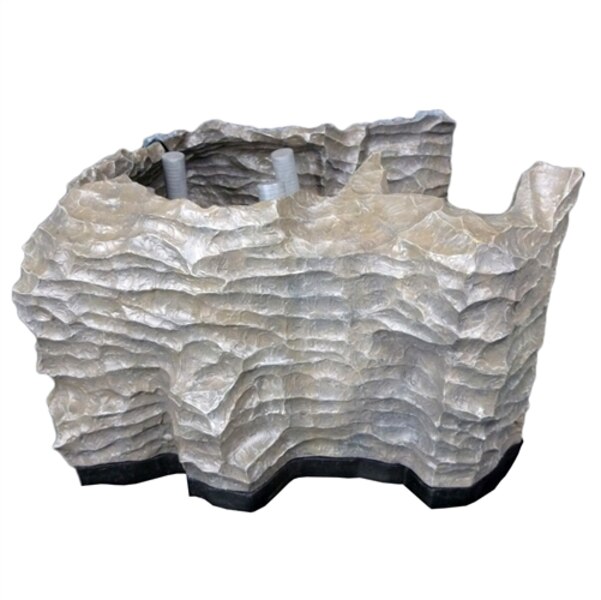